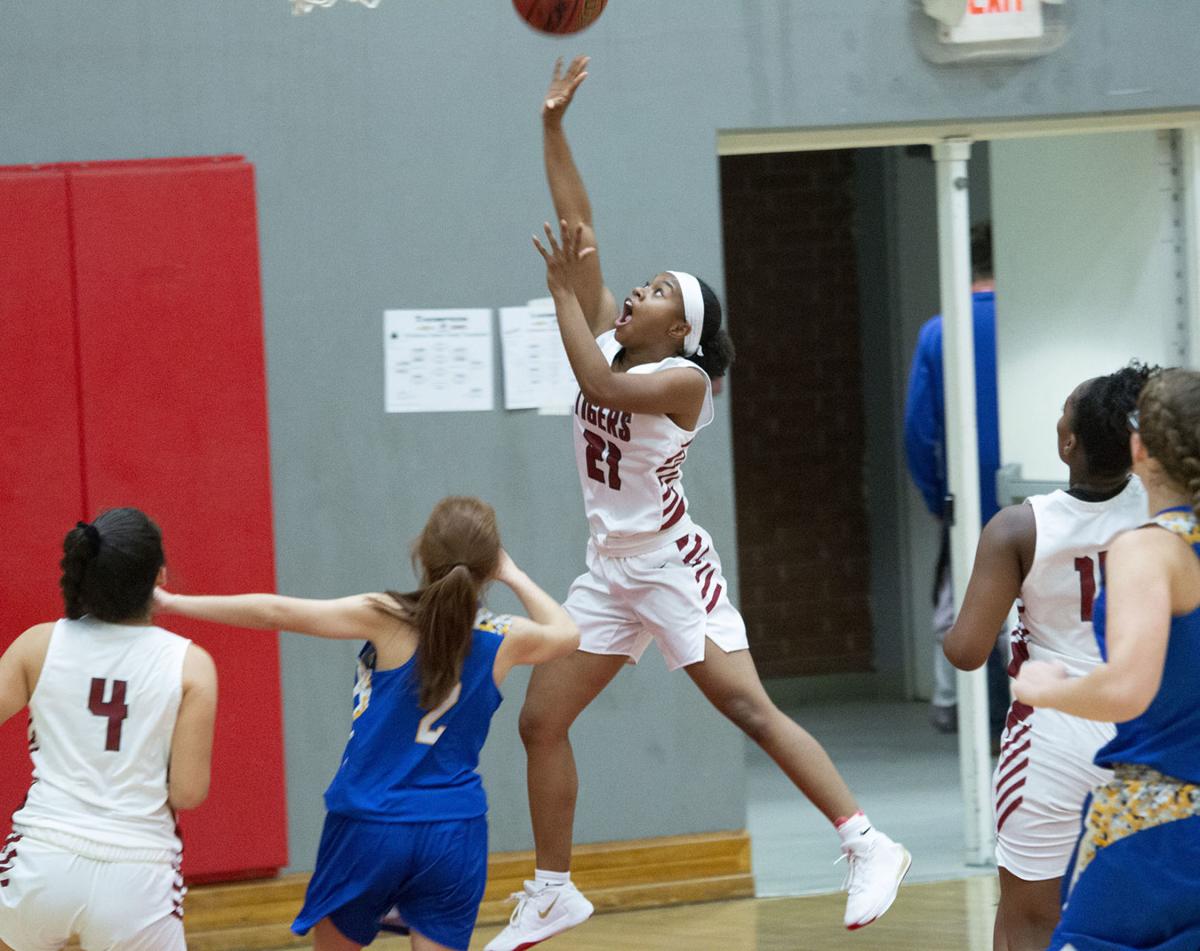 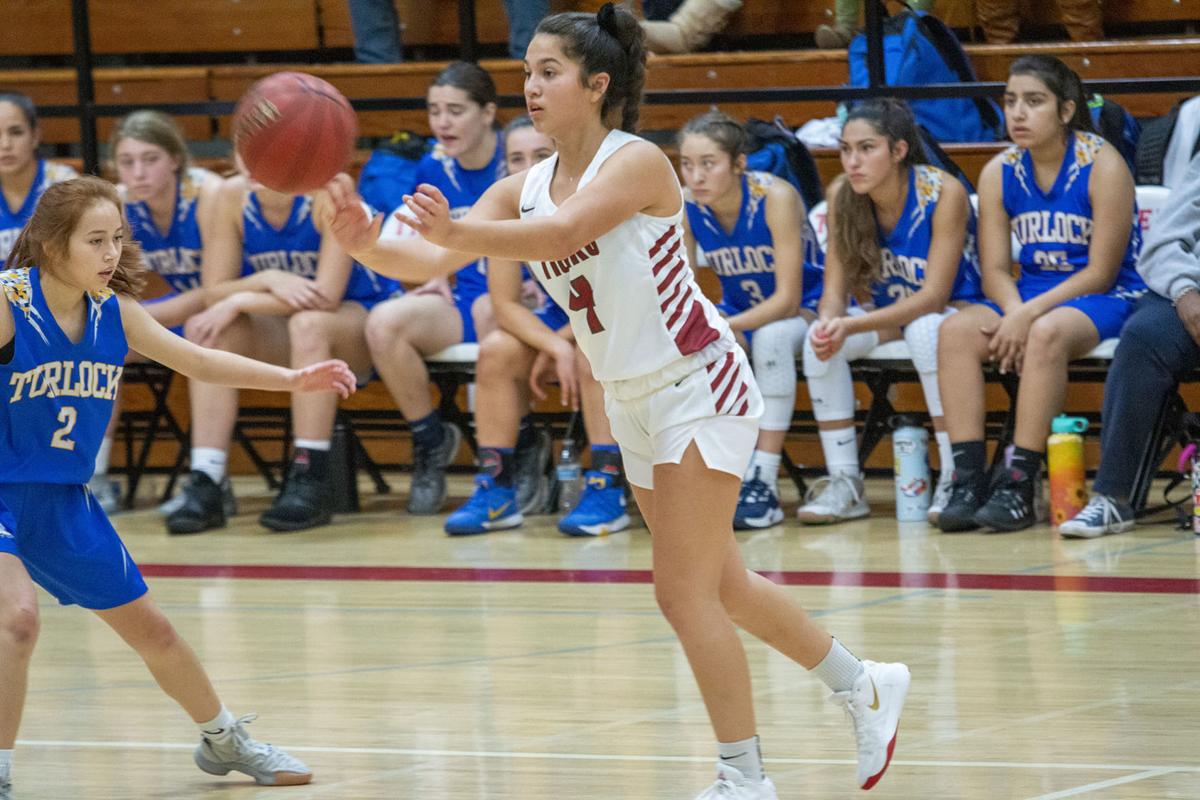 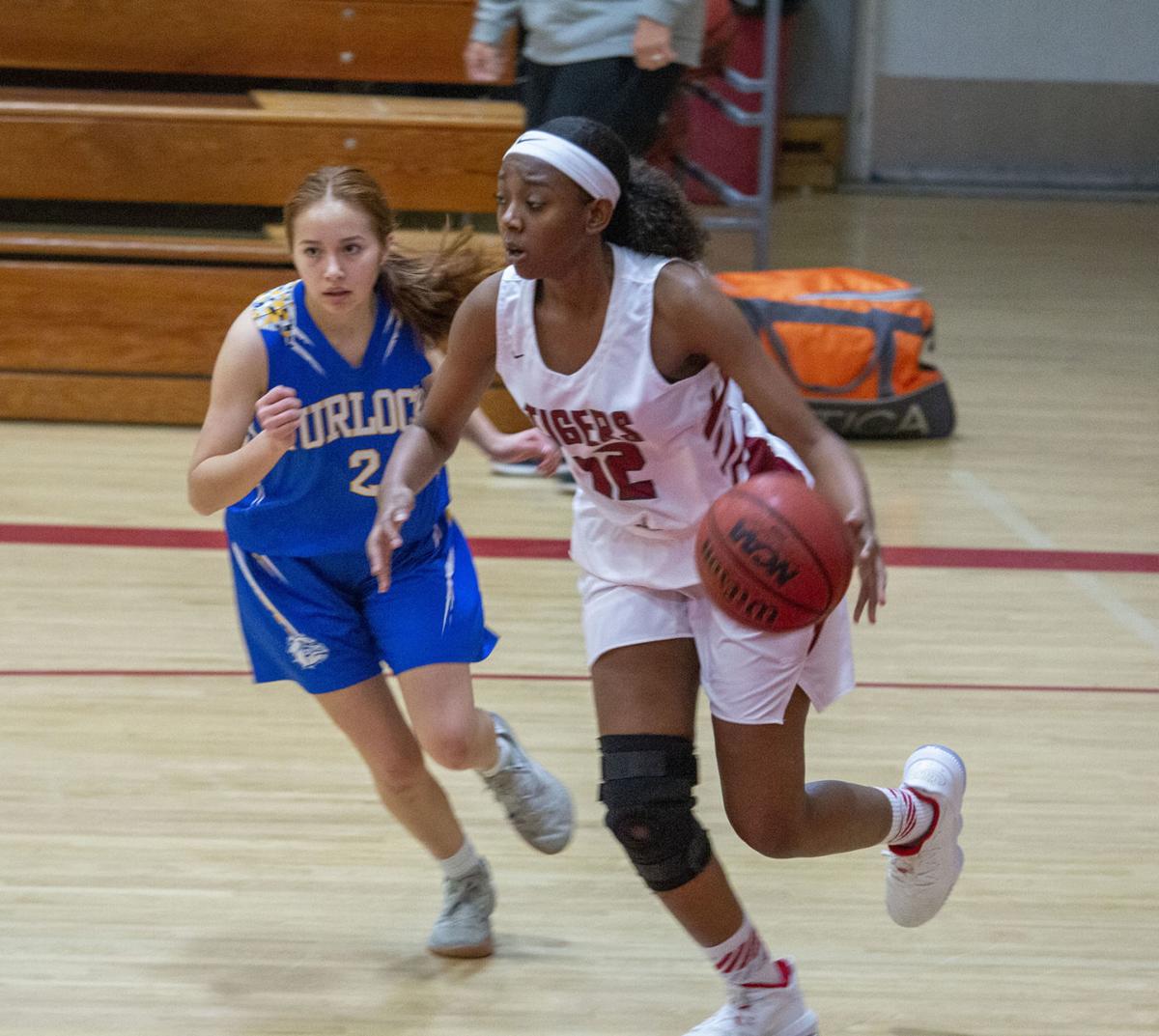 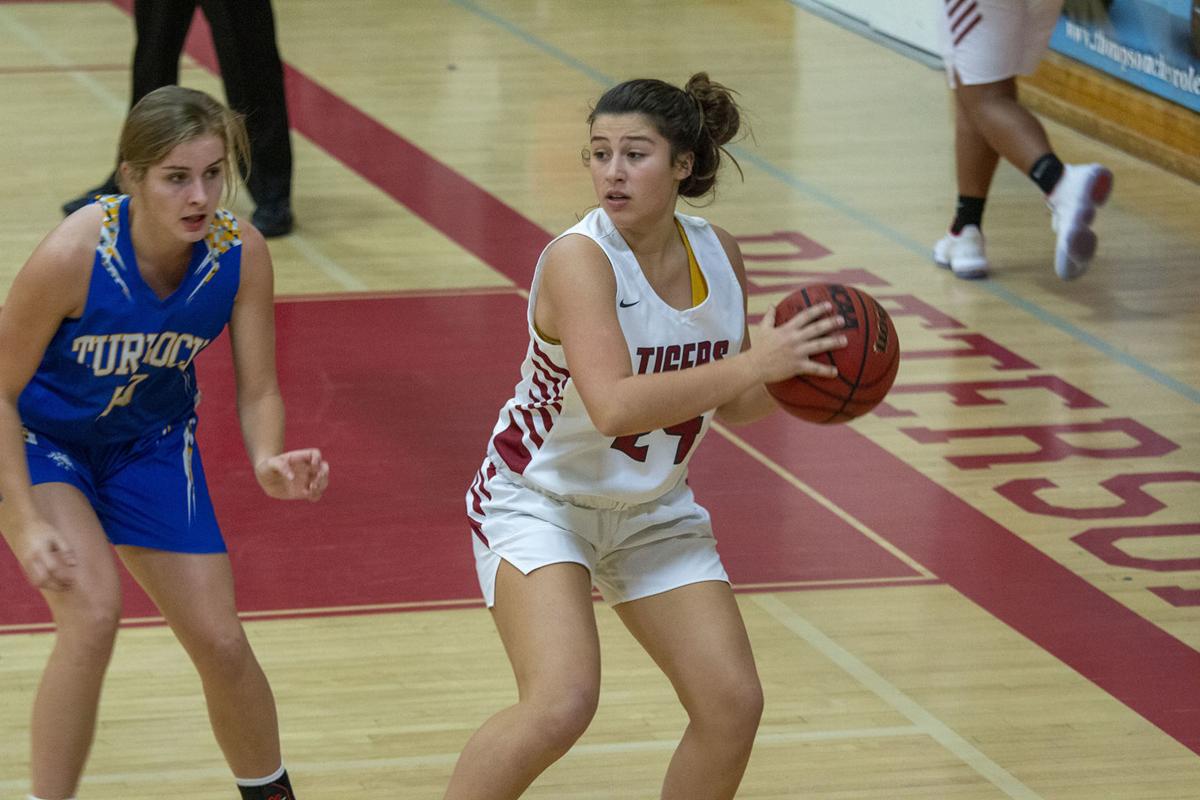 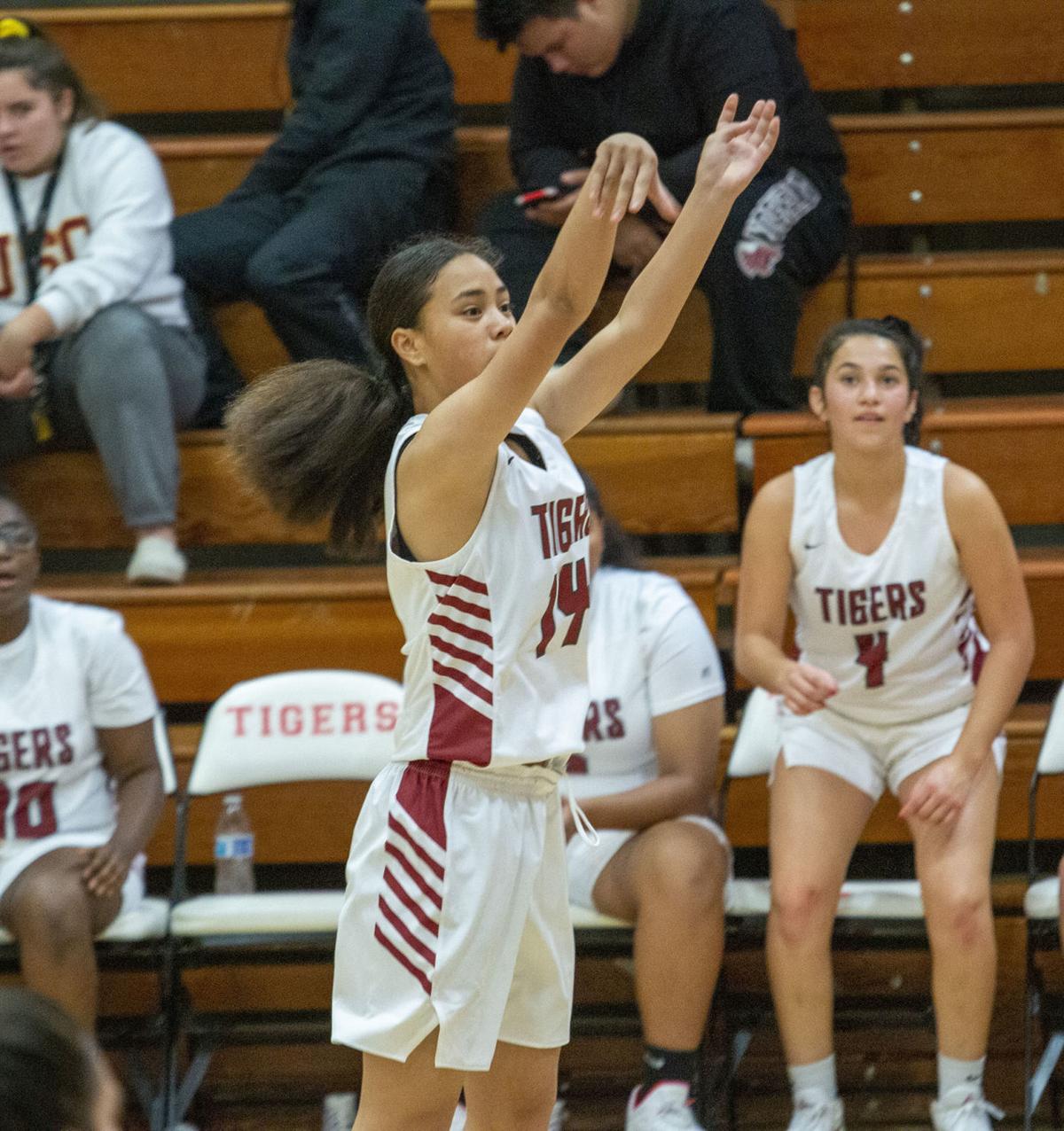 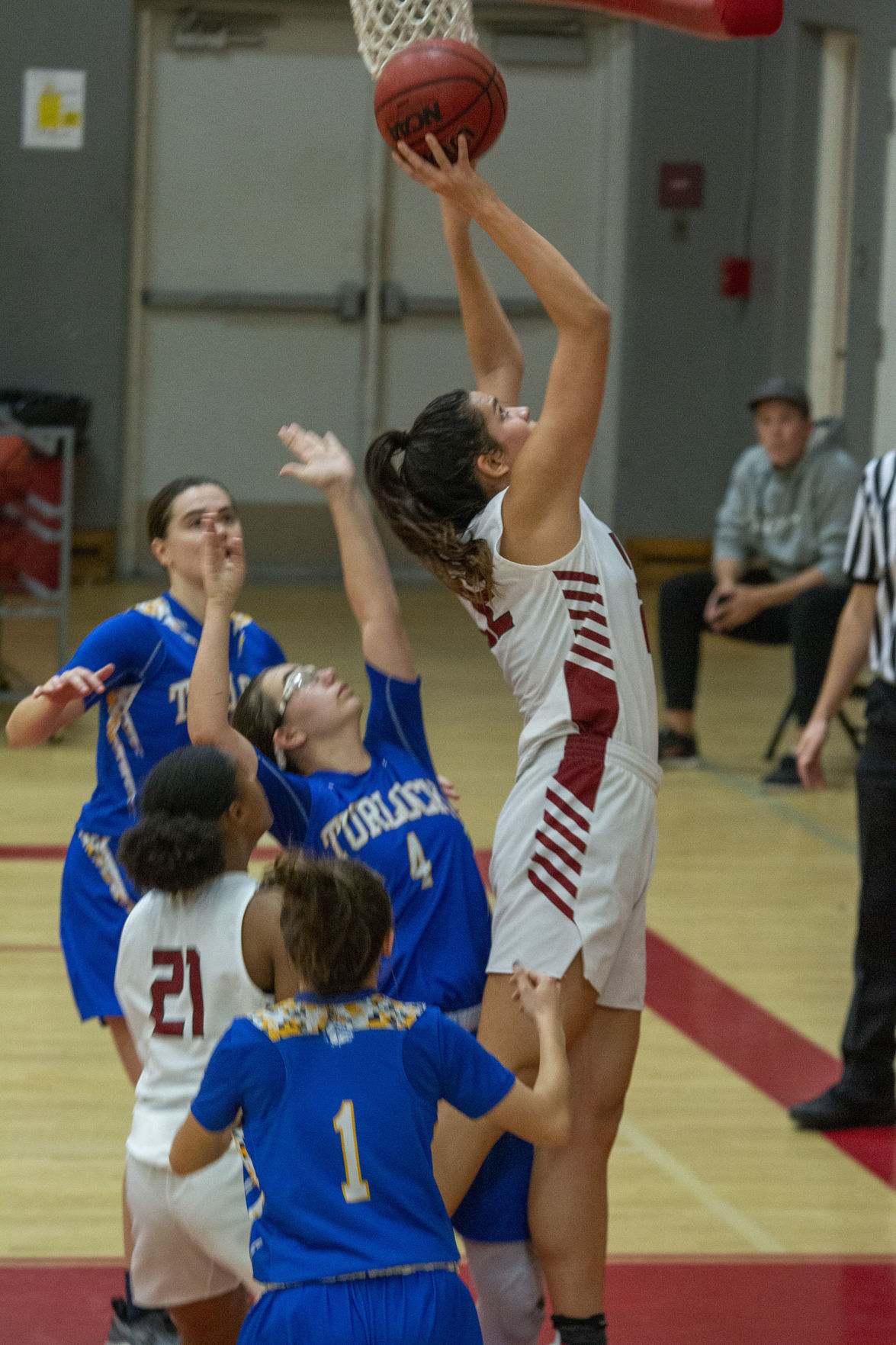 A three-day varsity and junior varsity girls basketball tournament was held in town at Patterson High and Creekside Middle School from Dec. 12 to 14.

Having an odd number of entrants resulted in the Tigers receiving a bye in the first round of play, while the other six squads played an opening round to see who would advance to the semifinals or move into the consolation bracket.

Patterson would draw the winner of the Turlock versus Downey matchup.

In their matchup versus Turlock in the semifinals, the Tigers held a narrow 8-7 lead over Turlock after one quarter of play. The defense continued to be outstanding for Patterson, but the offense failed to find a rhythm, resulting in an 18-15 lead at halftime.

Patterson expanded their lead to 29-19 by the end of the third quarter. The defense continued to smother Turlock allowing only four points in the third frame.

Turlock would spend the fourth quarter trying to make up that 10-point deficit. They would cut it to as low as 38-32 with 1:02 left in the fourth, but senior Jordan Patterson scored four straight points to hold the line and defeat Turlock 42-32 last Friday at Dave Klein Gymnasium.

Turlock’s Salsig scored half of the team’s total with 16 points in an outstanding effort in the loss.

The Tigers’ win set up a finals game against Kimball High last Saturday.

The Jaguars defeated Modesto 65-32 and then Hughson 50-37 to march their way to a finals berth.

Unfortunately for the Tigers they would suffer the same fate, losing to Kimball 49-42.

Junior Kealohilani Tufono put up 17 points in the loss. She shot 6-12 from the field and was 5-7 at the free throw line.