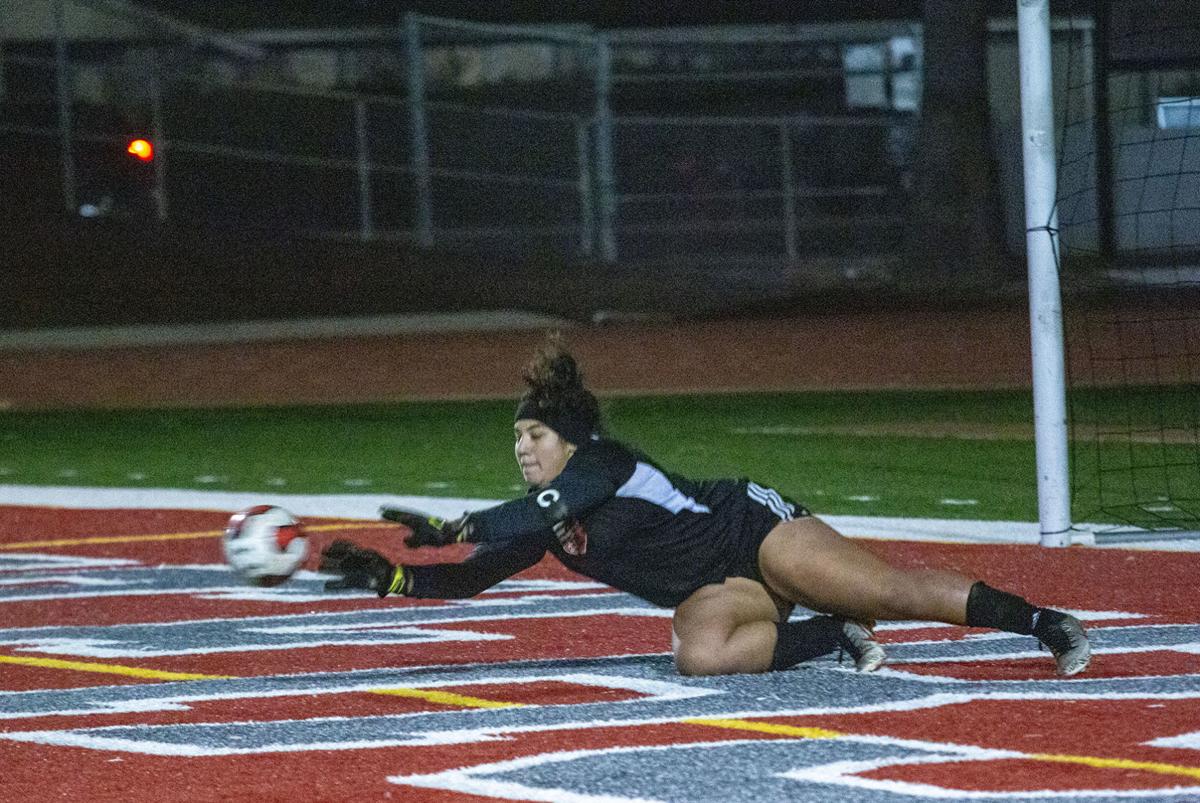 Junior Viridiana Murillo dives for the save on Jan. 14 at Patterson Community Stadium. 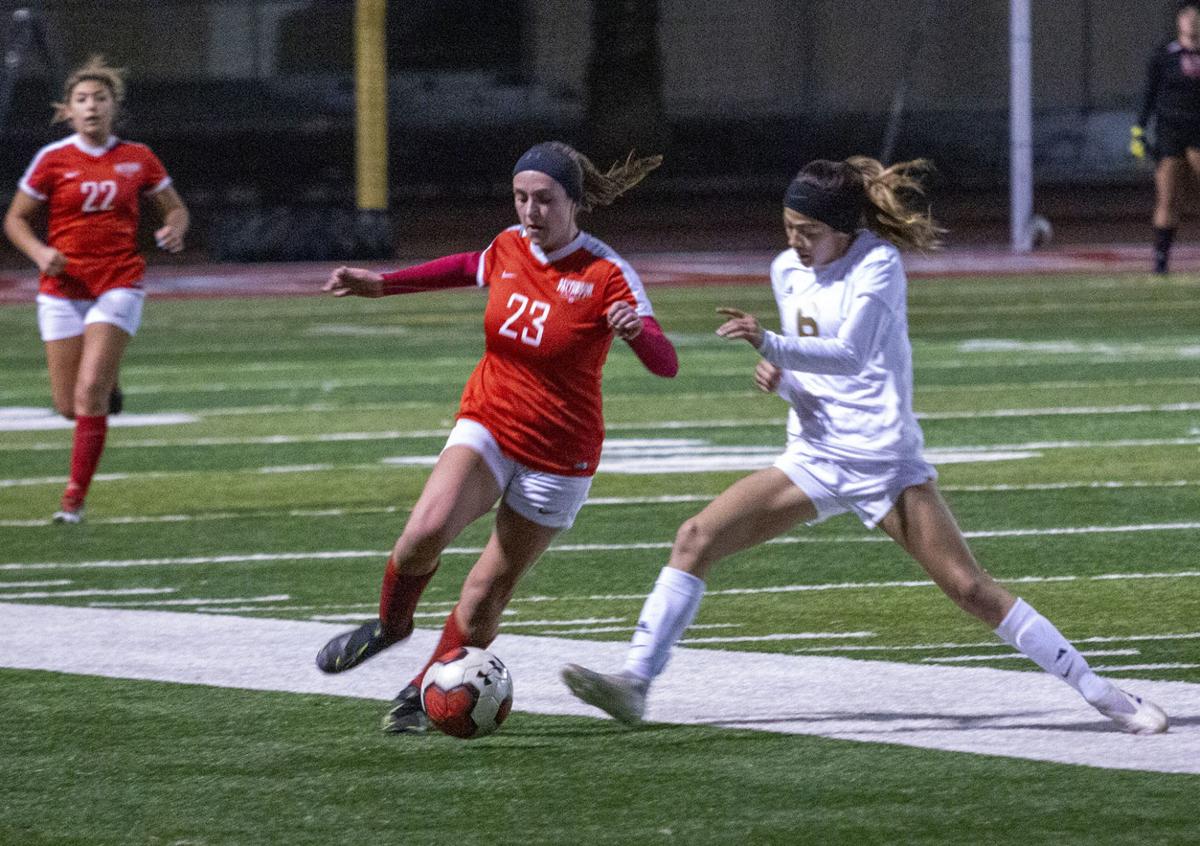 Sophomore Frances Pierce pushes the ball near the sideline on Jan. 14 at Patterson Community Stadium. 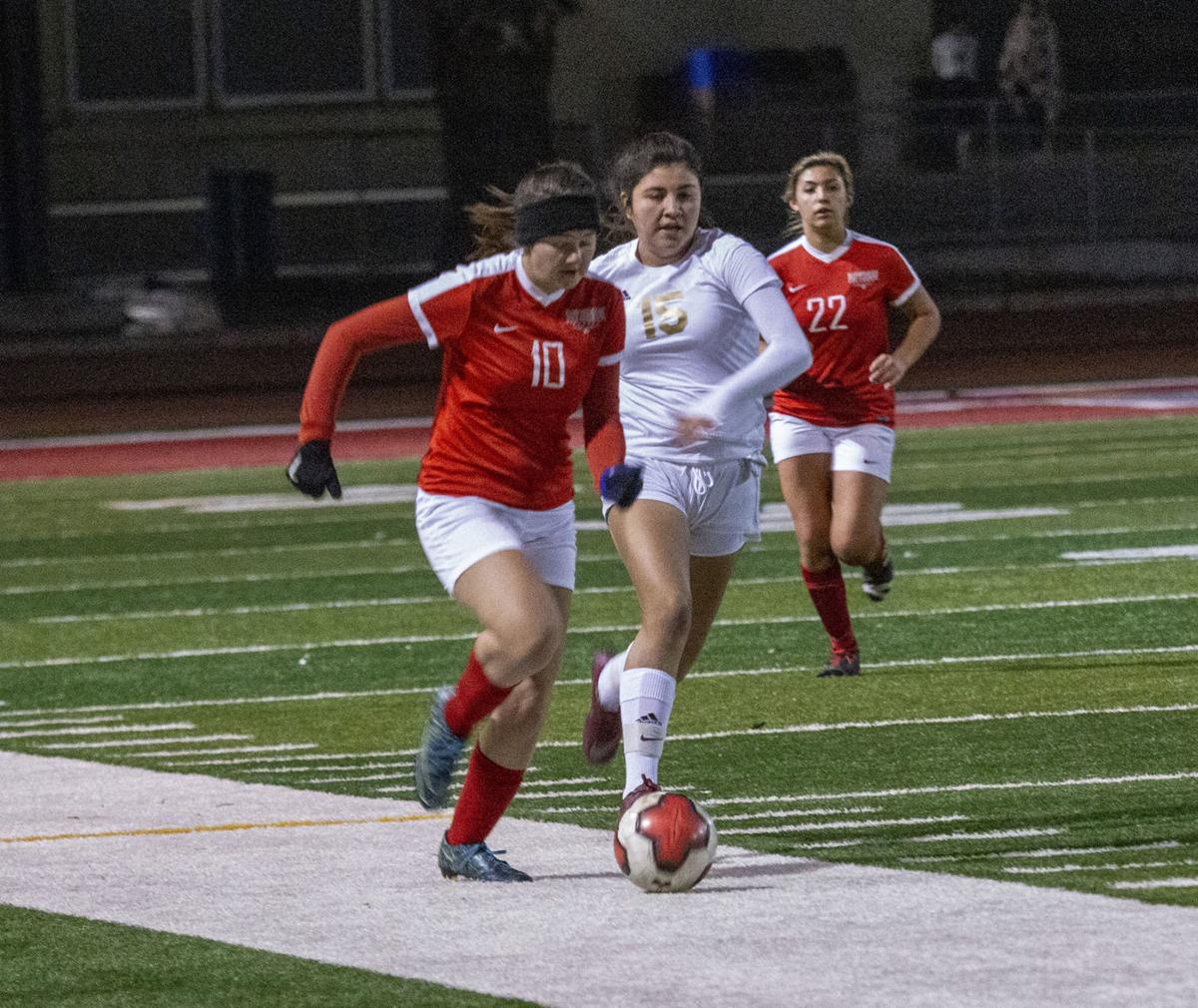 Junior Sofia Musson tries to stay ahead of her counterpart on Jan. 14 at Patterson Community Stadium. 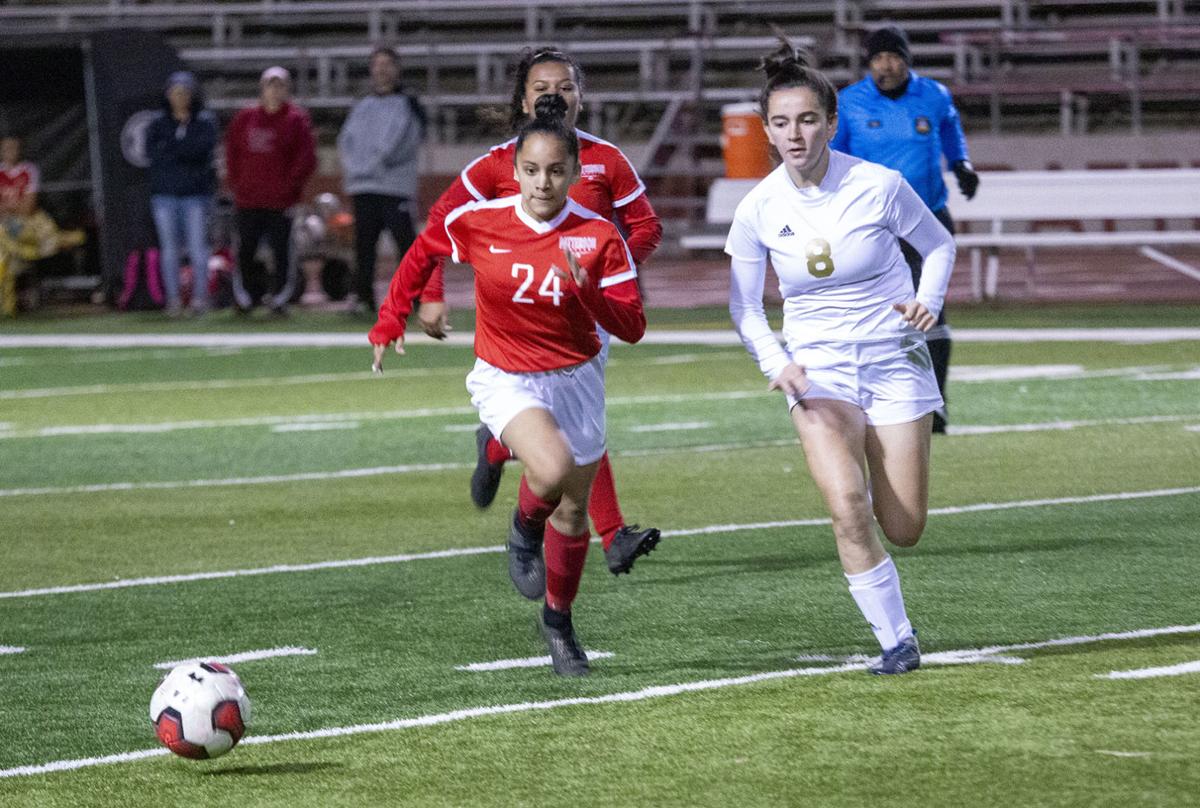 Junior Viridiana Murillo dives for the save on Jan. 14 at Patterson Community Stadium.

Sophomore Frances Pierce pushes the ball near the sideline on Jan. 14 at Patterson Community Stadium.

Junior Sofia Musson tries to stay ahead of her counterpart on Jan. 14 at Patterson Community Stadium.

It wasn’t necessarily ideal, but the Patterson High varsity girls soccer squad did just enough against visiting Golden Valley High to result in a 0-0 tie with the Cougars on Jan. 14 at Patterson Community Stadium.

“It’s a tough game to talk about because there wasn’t a lot of high points for us. It was a battle,” head coach Sheila Ludwig said following the tie.

The Tigers produced scoring opportunities at times, but it was Golden Valley that dictated the terms of the pacing on Tuesday. The Cougars control of possession resulted in most of the game being played in the Patterson defensive zone or midfield. The Cougars had a golden opportunity to score in the 43rd minute, but the stiff shot bounced squarely off the left post and caromed back into the field of play, denying the tiebreaking attempt.

The Cougars kept up the pressure, but many of their developing offensive opportunities were squandered due to offsides calls killing the plays.

Golden Valley nonetheless maintained that pace into the final 15 minutes of the game, but Patterson goalie Viridiana Murillo proved to be a stubborn opposition. The junior came up with save after save in the waning moments of regulation. Most notably, Murillo was forced into a one-on-one scenario and fought off back-to-back shot attempts from the Golden Valley offense in the 77th minute.

“They were having an onslaught there. I think we are lucky to get out of here with a tie,” Ludwig said.

Ludwig praised her goalie for her heroic effort to keep Golden Valley off the board.

“She lives for this. She wants to go on and play at the next level, and I don’t see any reason why she wouldn’t. I’m working on a couple things with her, but I certainly don’t want to adjust her game at all. She’s tough to score on,” Ludwig said.

Patterson is set to travel to Buhach Colony on Jan. 14 and El Capitan on Jan. 21.

The Tigers next home game will be on Jan. 23 versus Central Valley.