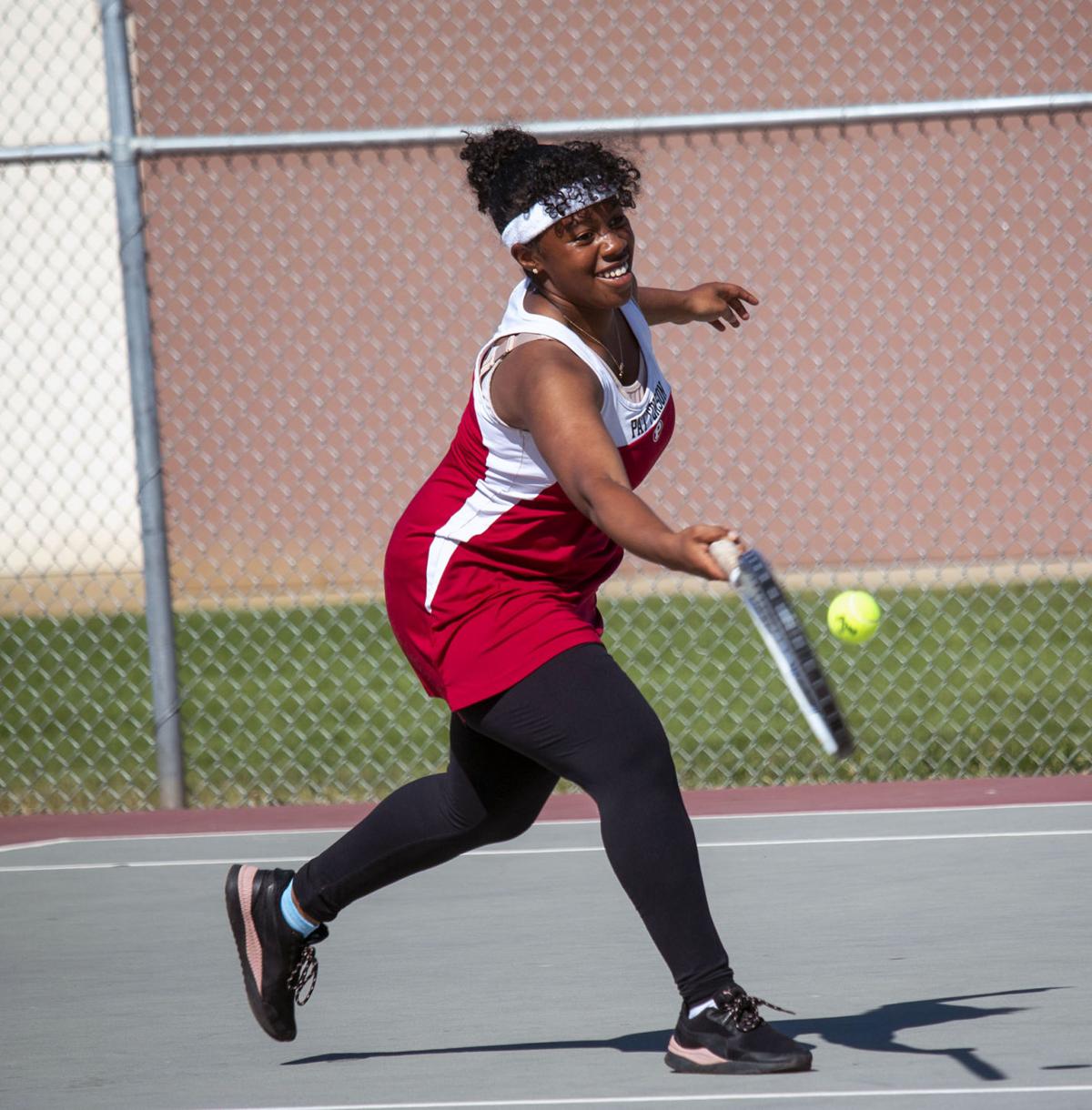 Senior Aaliyah McDonald lunges to strike the ball on Sept. 3 at the Patterson High tennis courts. 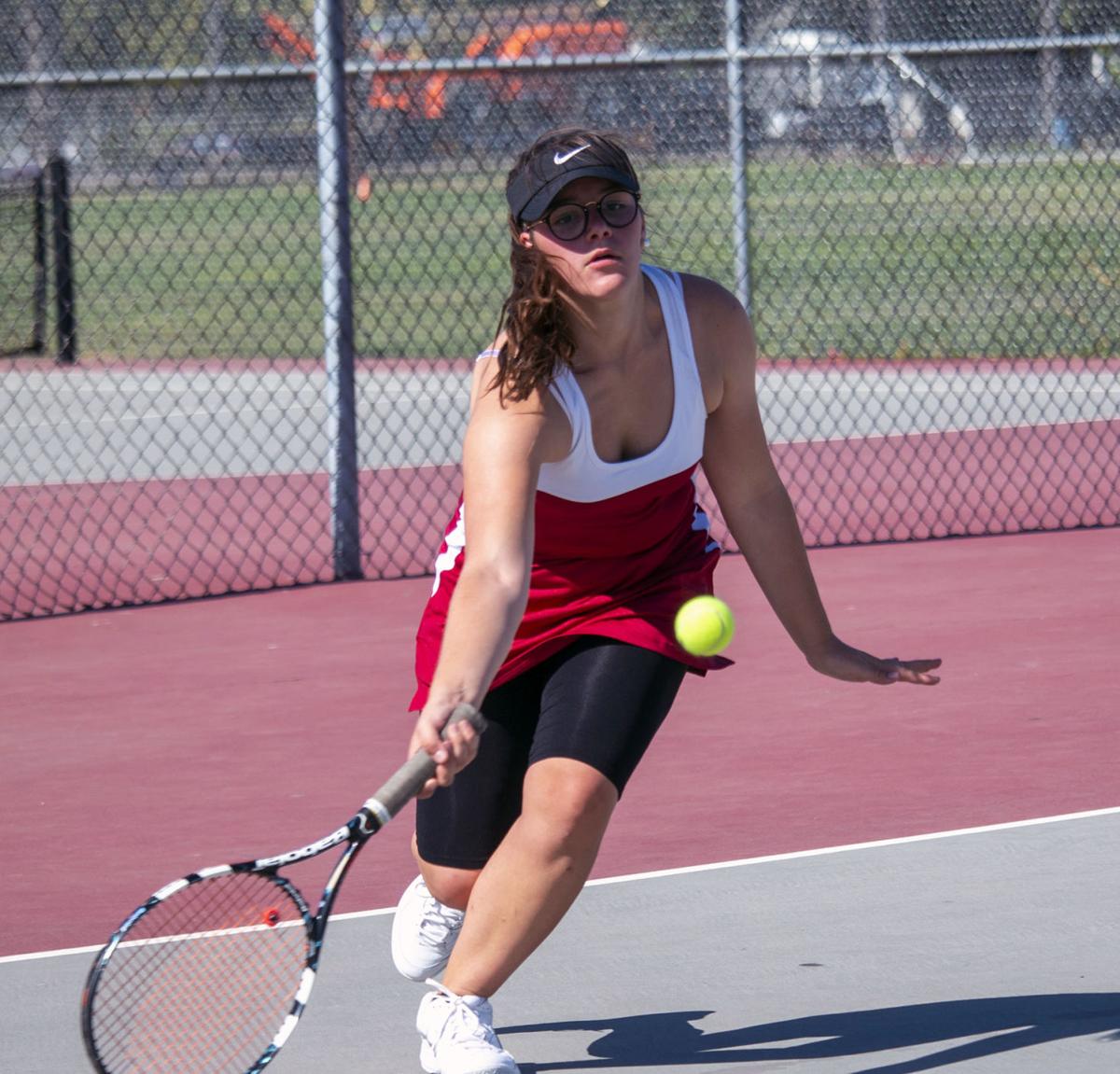 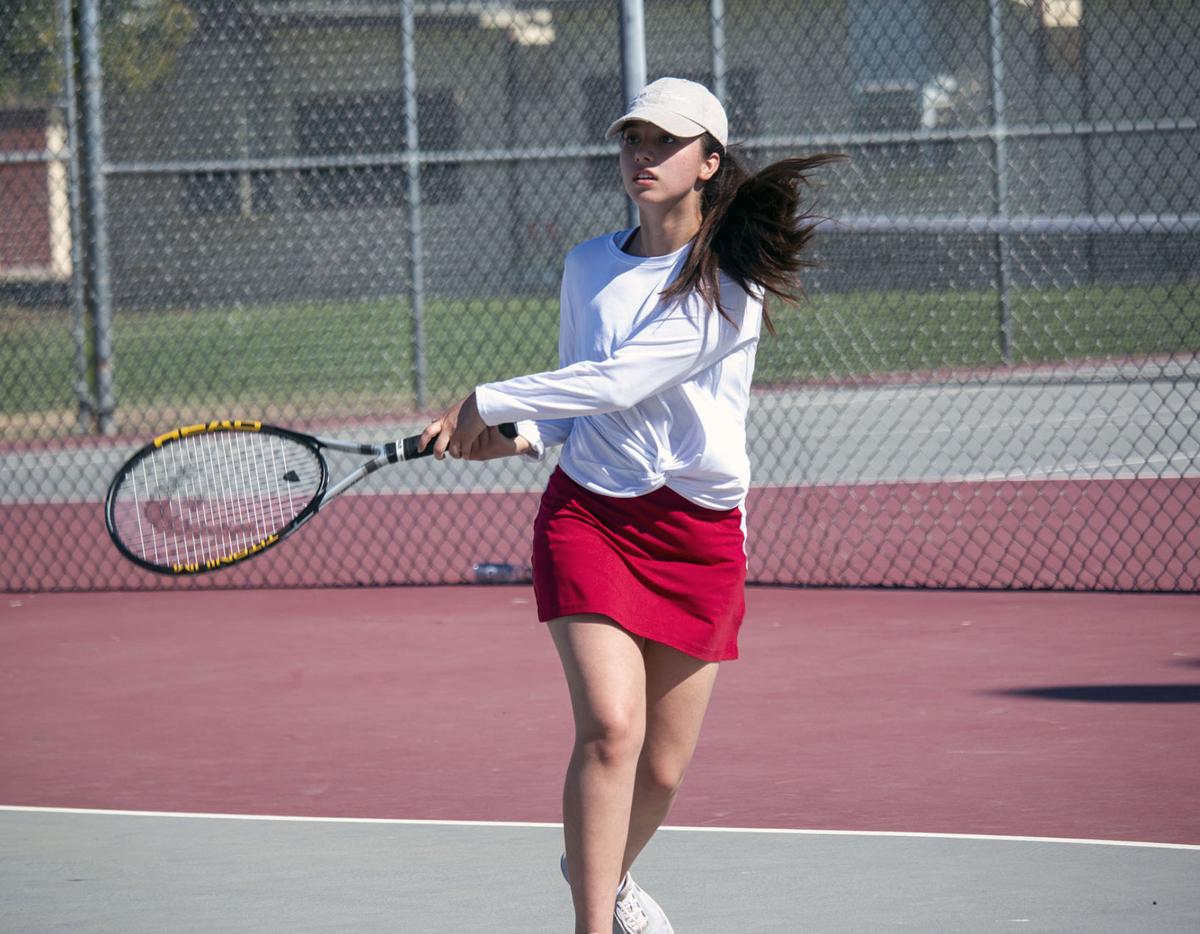 Senior Jazmine Perez plays in the number one singles match on Sept. 3 at the Patterson High tennis courts. 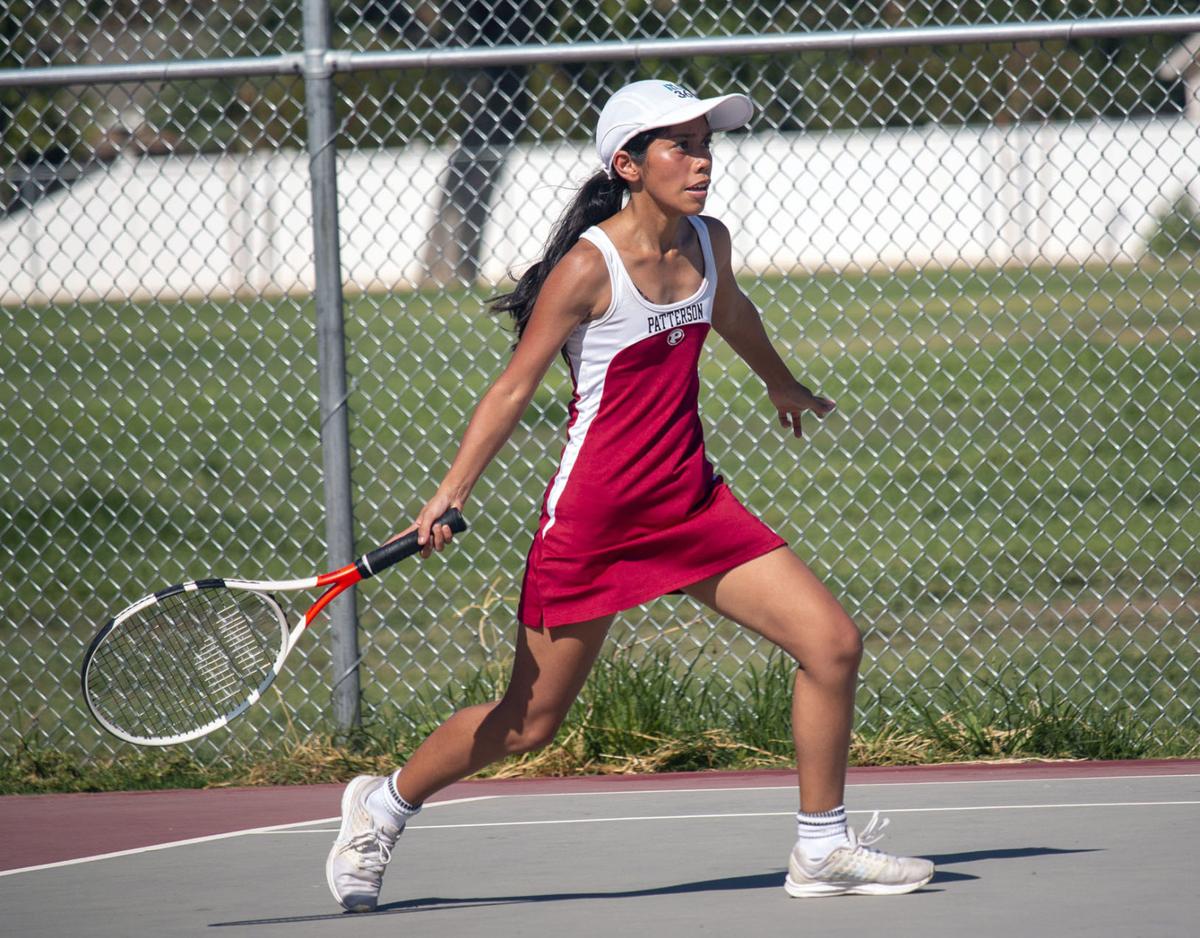 Senior Aaliyah McDonald lunges to strike the ball on Sept. 3 at the Patterson High tennis courts.

Senior Jazmine Perez plays in the number one singles match on Sept. 3 at the Patterson High tennis courts.

An 8-1 loss to Golden Valley on Thursday, Aug. 29 was not how the Patterson High girls tennis program was hoping to begin their season, but on Tuesday Sept. 3, the Tigers had a chance to rectify that, when they hosted Merced High.

Although Merced won two of the first three matches, Patterson rallied to win the next six, to defeat the visitors 7-2 on Tuesday.

With approximately 50 girls in the program, the Tigers are still feeling out who their top players are this season. Tuesday was yet another opportunity for players on the Patterson squad to give head coach Raustand Nzoule something to think about as the team develops this fall.

Senior Jazmine Perez took on Merced’s Kate Colvin, but Colvin won the battle of number one singles with a 6-0 victory in both sets to take the match.

Merced regained momentum in what would end up as their final victory against Patterson that evening, when Laura Ness defeated Patterson junior Zianna Garcia 6-3 in both sets.

Despite Merced having an edge, Patterson would shut them out the rest of the way, beginning with a 6-4 and 6-2 victory from senior Aaliyah McDonald over Rhea Mishra.

Senior Jovana Camberos put together a solid 6-1 victory in the first two sets over Zoe Hayes, and junior Morgan Lopez kept the streak going with a 6-1 and 6-3 triumph over Megan Workman to round out singles play.

After being the only athletes to record a victory in their opening match against Golden Valley last Thursday, seniors Ariana Camacho and Kateren Toledo continued their winning ways with a 6-3 and 6-2 win over Jesse Mendoza and Jenny Vega-Santos.

Patterson’s next match will take place versus Livingston on Thursday, Sept. 5.