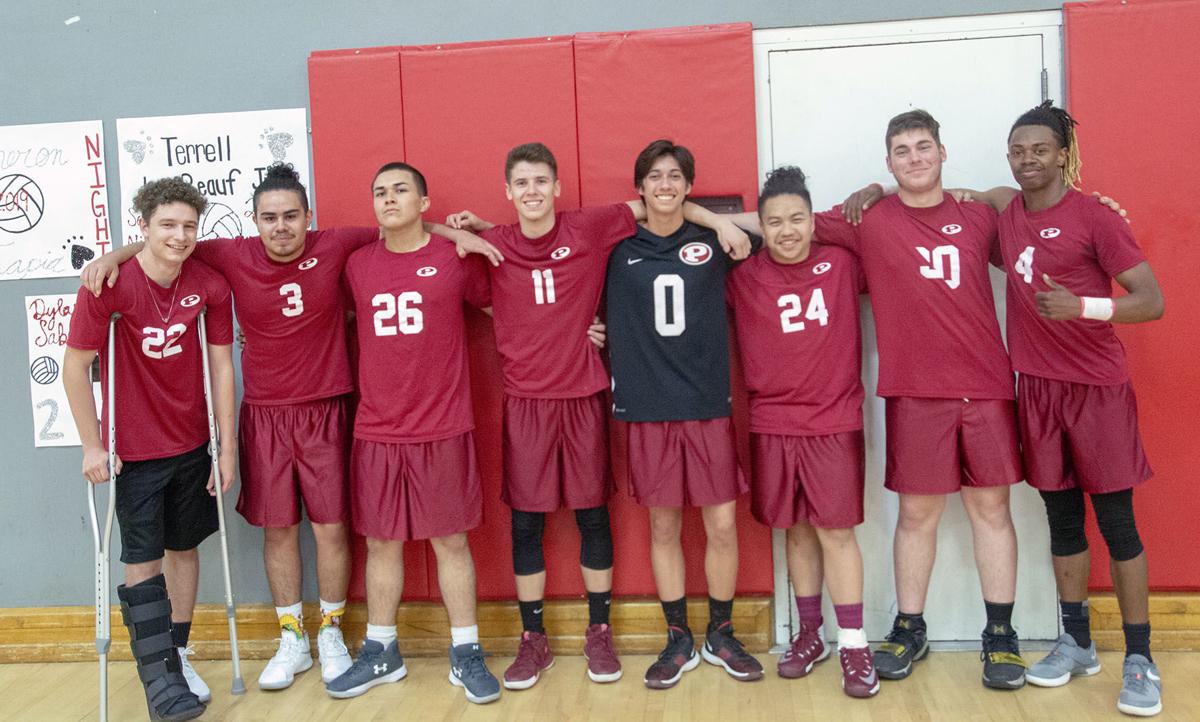 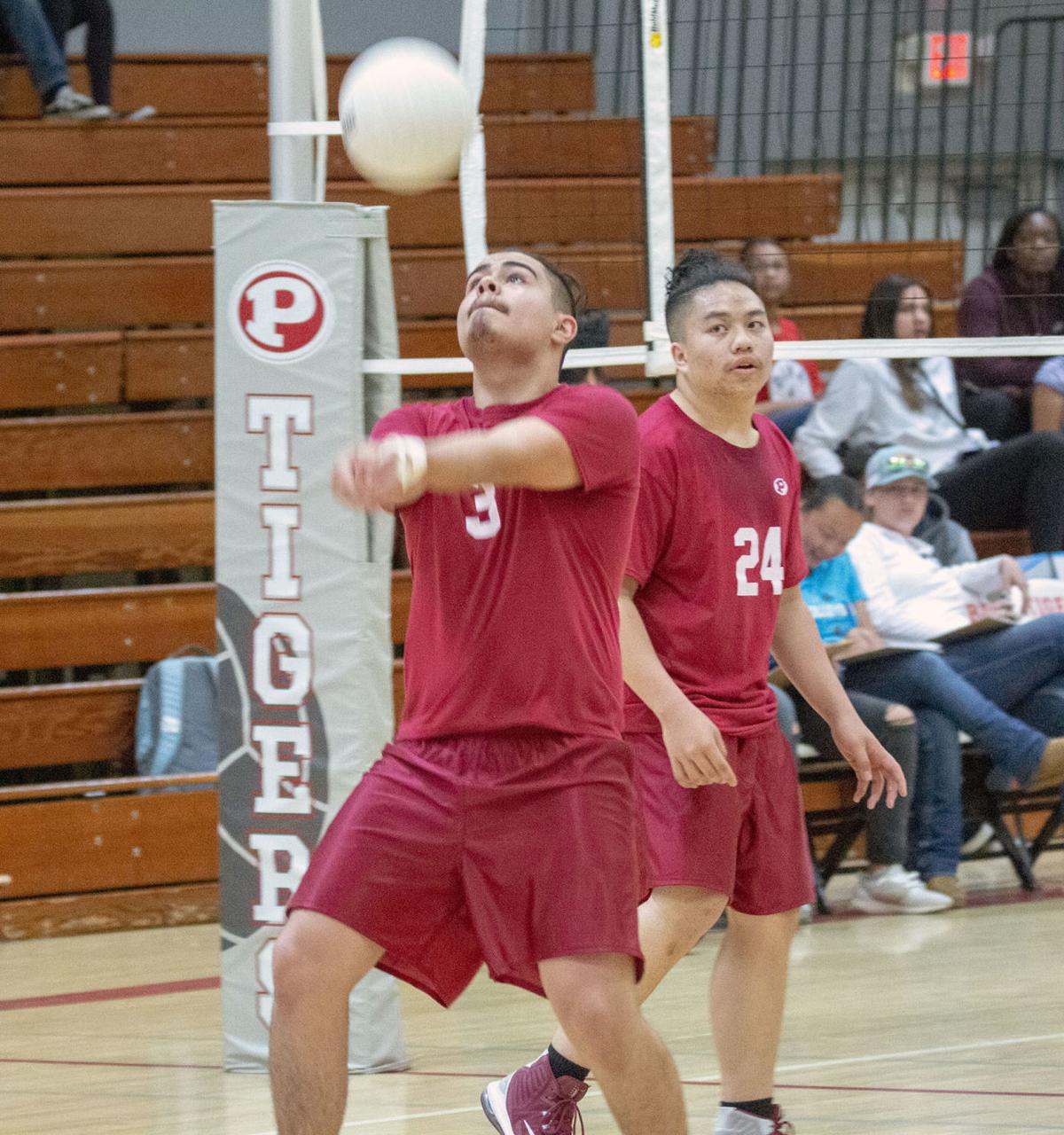 Senior Bryan Rodriguez sets up a shot for a teammate on April 10 at Dave Klein Gymnasium. 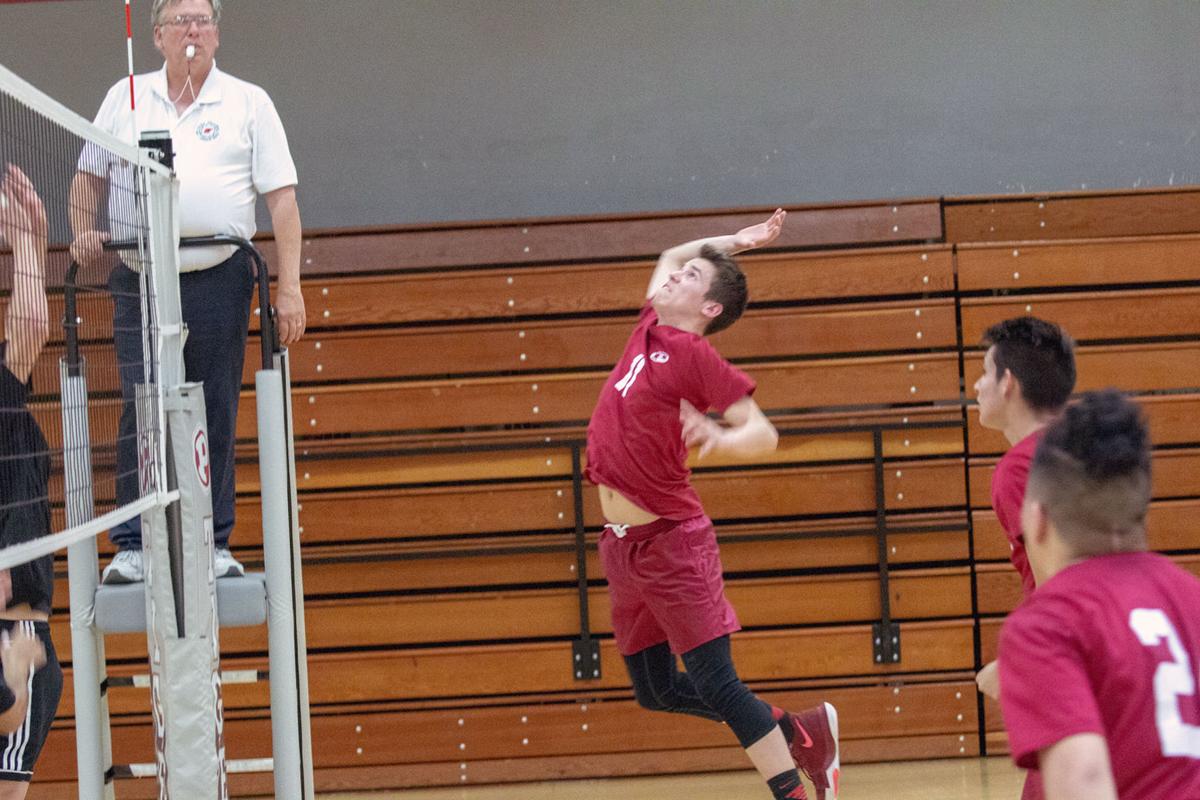 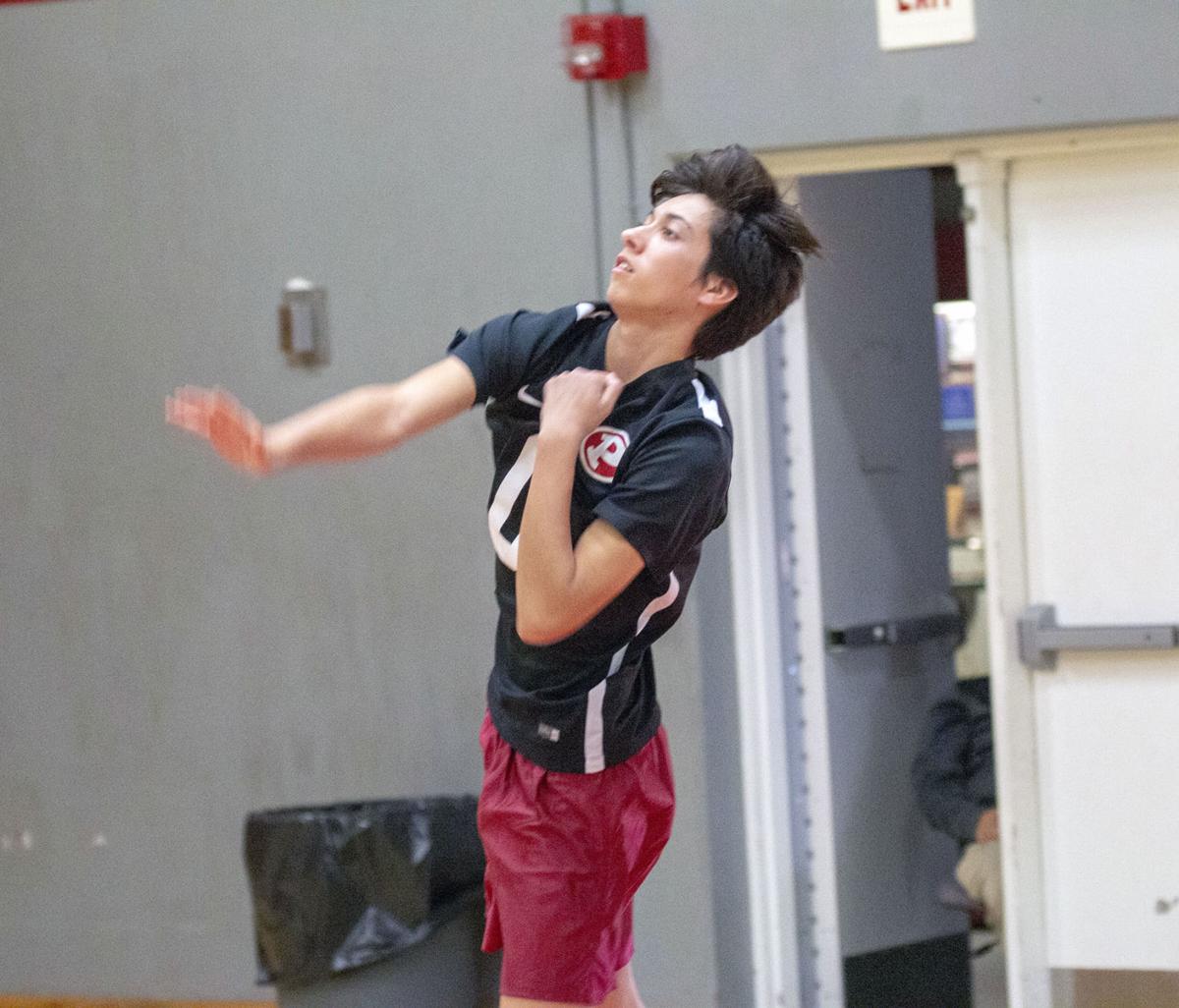 Senior Lolyn Tejeda offers up a serve on April 10 at Dave Klein Gymnasium.

Senior Bryan Rodriguez sets up a shot for a teammate on April 10 at Dave Klein Gymnasium.

Senior Lolyn Tejeda offers up a serve on April 10 at Dave Klein Gymnasium.

The Patterson High varsity volleyball team doubled their wins for the season in the last week, with a dramatic comeback victory over El Capitan on April 10 and a win in three sets over Atwater on April 15.

Patterson trailed El Capitan two sets to none last Wednesday, but Patterson got back off the mat with a 25-16 victory in the third set to stay alive in the match. The fourth set was much closer, but the Gauchos could not shut the door on a Tigers comeback, with Patterson taking the fourth set 25-22.

After forcing a fifth set to decide the match, the Tigers and Guachos were entangled in a close match that took a tiebreaker to decide a winner. Patterson broke the 15-15 tie with two straight points, to take the fifth set 17-15 and secure their third win of the spring.

“Hard fought game, but we pulled it out and we earned every single point against that team,” head coach Trey Parson said.

Parson shared that the Tigers began looking for junior Carmichael Jones following the first two sets. Jones finished with 19 blocks and 26 kills overall in the win against the Gauchos.

“We started feeding Carmichael. He was hot and started doing more and I just told them to give him the ball every chance they could. He got the ball and put the ball away a lot. He had a phenomenal game,” Parson said.

Patterson was also aided by senior Lolyn Tejeda, who finished the El Capitan game with 38 digs and seven aces.

Following a satisfying victory over El Capitan, Atwater traveled to take on Patterson on Monday.

The Tigers continued the momentum gained from the final three sets against El Capitan last Wednesday by defeating Atwater in a brisk three sets 25-16, 25-16 and 25-14.

“It feels great. These last two games is actually the first time since the preseason that we’ve been completely healthy. When these boys are healthy, and we actually have our full team running, we play with anyone,” Parson said.

Patterson had nine seniors on the roster for was their final time playing on their home court this season on Senior Night.

“It was senior night, so they came in wanting to play. We’ve struggled with just being mentally focused this season because of all the different changes and injuries that we’ve had to overcome, so it was great to see them in the mental and physical space that they need to be,” Parson said.