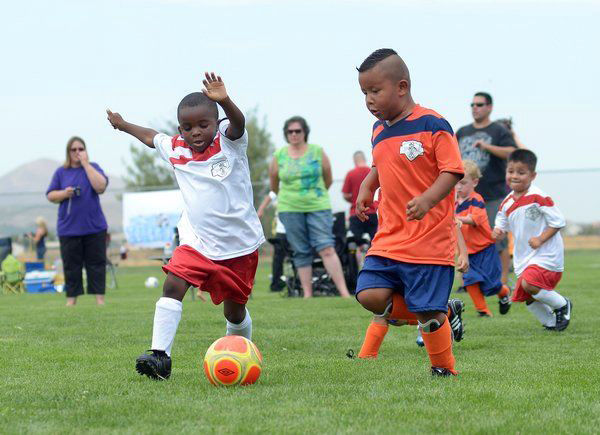 The Fireballs take on the Mini Tigers in an August 2012 Patterson Youth Soccer Association match. 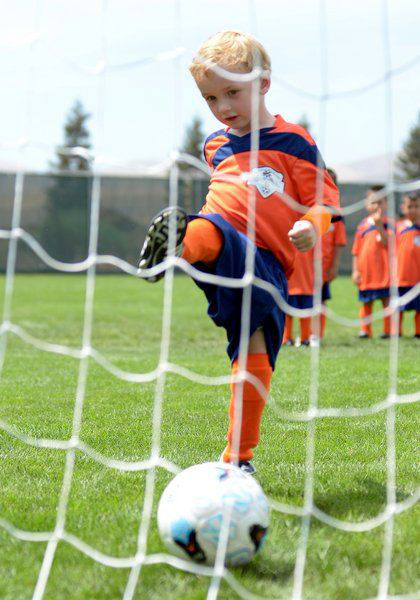 A member of the Patterson Fireballs practices kicking the ball into the goal while warming up for a game against the Patterson Mini Tigers in 2012.

The Fireballs take on the Mini Tigers in an August 2012 Patterson Youth Soccer Association match.

A member of the Patterson Fireballs practices kicking the ball into the goal while warming up for a game against the Patterson Mini Tigers in 2012.

Patterson Youth Soccer Association kicked off a decade ago when a group of volunteers wished to provide local children a more developed recreational soccer program than the city could offer at the time.

Unfortunately the organization’s 2015 season was its last, with its board making the difficult decision to no longer run the league in light of dwindling volunteer participation.

Now, with the approval of the City Council, Patterson’s recreation and community services department is working to keep the program alive and kicking.

“Soccer is very valuable in this community and it’s certainly served well through PYSA,” said Juliene Flanders, recreation and community services director, Jan. 19. Flanders noted that before disbanding the organization was serving around 550 kids.

Council members gave staff the go-ahead to move forward with their recommendations, which include increasing the existing recreation budget and hiring a sports coordinator.

The new coordinator would oversee all of the city’s youth sports programs and eventually its adult leagues as well. Youth soccer would account for most of the coordinator’s proposed $32,000 salary, however, as the rec department would be bringing on 36 teams between the 500-plus kids.

But the rec department hopes to bring in close to $52,000 in registration fees and sponsorships, leading to softer strain on the budget of just under $67,000.

Flanders said youth and adult sports programs are “economic engines.” “Manteca really focused on bringing sports into their community,” she said, “and by doing that, you have the availability to add facilities, to bring in revenue and to also bring in tournaments, which we all know is a great asset to the community.”

Responding to concerns about the current deficit the rec department would be taking on, Flanders mentioned ways staff may seek funding options but said that it may take a year or two to foster a cost-recovery program.

With some of the initial costs being startup fees, the ongoing deficit may be lower. Additionally, with the soccer schedule taking place in two fiscal years, costs and revenues would be split between two budget periods.

Councilwoman Deborah Novelli said that if there’s a department that the city needs to run in the red, it has to be recreation. “It’s so important,” she said. “Engaging the youth in sports at an early age helps with the education, helps keep the crime rate a little lower.”

Flanders noted at the top of her presentation that outreach about the program has garnered positive reactions. “We received quite a few phone calls from folks who would like to help us and are willing to support us and be a part of the team as far as volunteering.”

Nathan Duckworth can be reached at 892-6187 ext. 307 or nathan@pattersonirrigator.com.