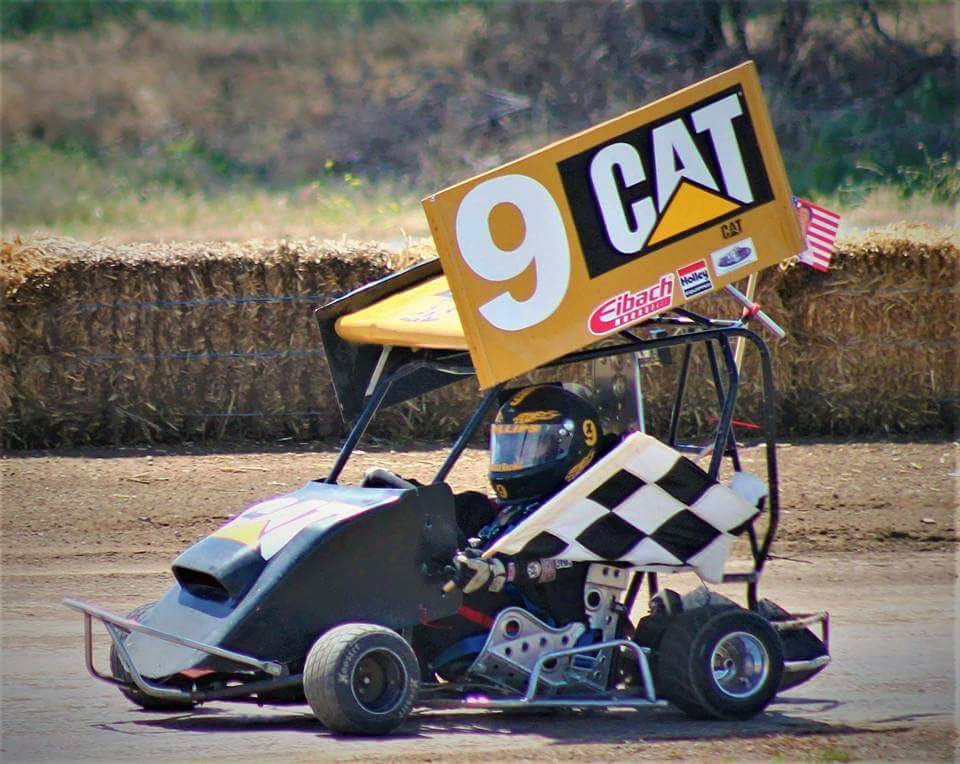 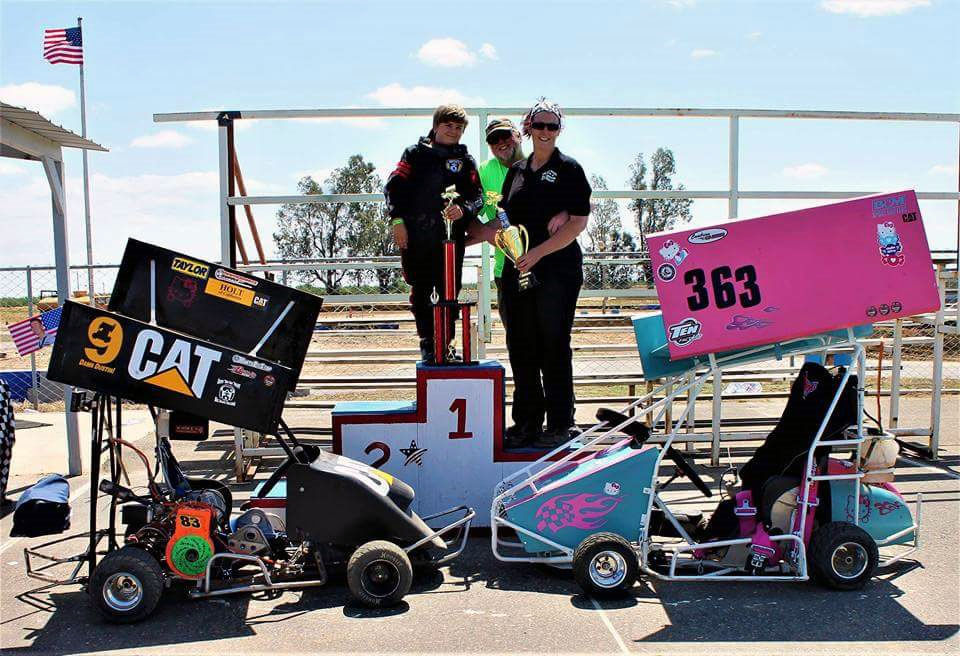 During her 18 month battle with breast cancer, mother of six, Sunny Phillips, made an ultimatum to her son. “I told my son Kevin “Dustin” Phillips that when I survived we would “Race for the Ribbon”, so we took up racing,” Phillips said.

Following her successful bout with breast cancer Sunny delivered on her promise. Following her race for the ribbon Phillips began racing on her 125 cc Outlaw, and while getting into the sport has had its learning curve, she couldn’t be more excited about picking up racing.

“It is so much fun. I would have never dreamed of it at 53 years old. It’s such a blast,” Phillips said.

Phillips is no stranger to the sport of track racing. Coming from a racing family, Phillips is a track director at the Atwater Kart Clubs Dirt Oval track located at the Tom Dash Memorial Speedway, but Sunny decided to make the transition from being a spectator to a participant.

Dustin “Dirt Dog” Phillips, racing in the junior outlaw winged sprint category, was also successful in winning the title of winter track champion at the finals races on May 6.

Dustin has been racing since he was seven years old. The Delta Charter School fifth grader began his racing journey by participating in quarter midget track racing at the Tri Valley Quarter Midget Track in Livermore.

Following a dip into quarter midget racing, Dustin began racing in the winged outlaw sprint category, but ultimately the Patterson local wants to work his way to his dream of off-road racing like his racing idols, professional off-road racers Sean Cook and Robby Gordon.

Racing for the Phillips family is not only a shared activity, but a way of bonding. Sunny wants to bring that family-oriented approach to the Tom Dash Memorial Speedway. The Atwater track offers kart racing on the asphalt track, along with winged outlaw sprint racing and motocross racing on the dirt oval track.

Competitors as young as the age of five can race in the beginner’s category. Racers from all across the valley attend events held in Atwater, in what is often a close community of racing circles. Sunny hopes to establish a family-oriented atmosphere at the Atwater track, and invites competitors and families of all ages and experience to come check out the sport and possibly pick up a new passion in what Sunny stressed will always be a family-friendly environment.

“We have taken this track and made it into a family-oriented track,” Sunny said.

The next scheduled kart race will occur on June 4, for round four of the Atwater Kart Club Championship Race. Gates open at 7 a.m. There is also a Supermoto race scheduled for June 24-25. Supermoto racing is a motorcycle race that alternates between three kinds of racing courses. Racers are tasked with racing on a dirt flat track, a dirt track with jumps and obstacles akin to motocross racing and on a paved road track.

The Phillips family attends as many racing events as possible including racing at the local Hills Ferry Raceway in Newman. Sunny and her son Dustin will continue their passion of racing for the foreseeable future, and participate in local races across the valley.