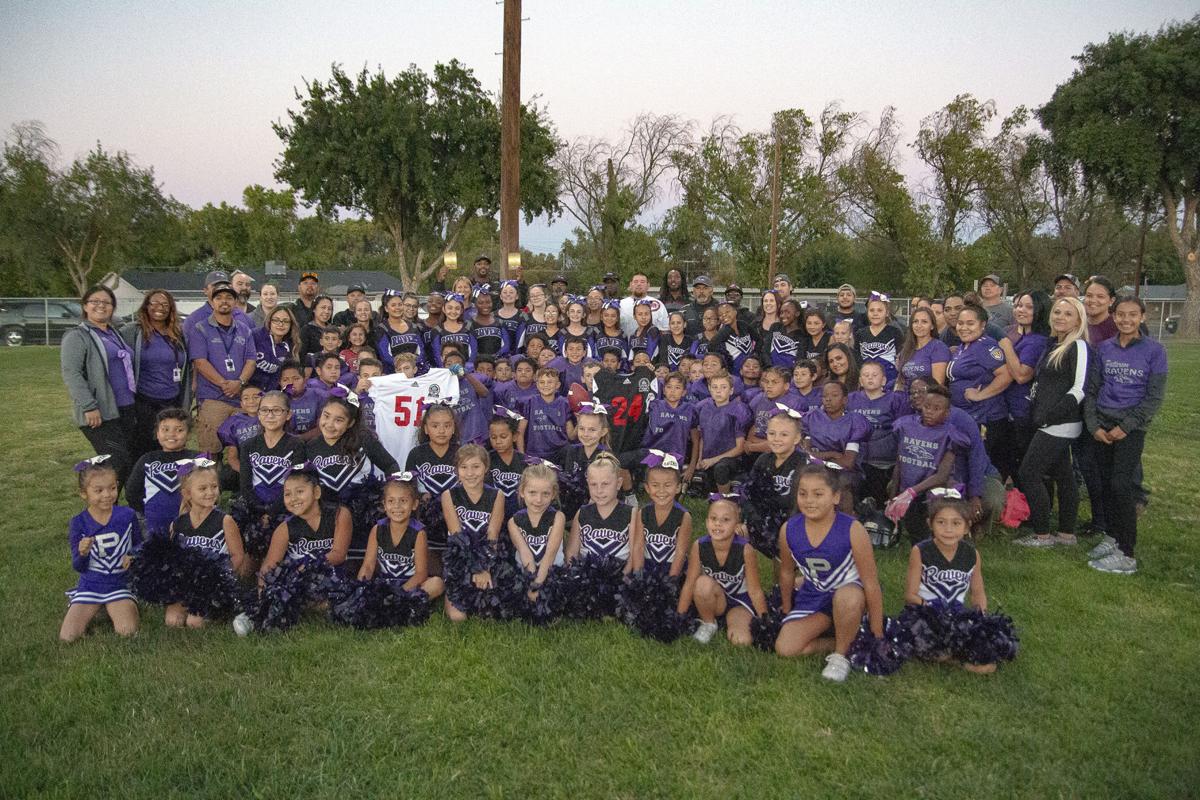 The Patterson Ravens Novice team players, cheerleaders, parents and coaches pose for a photo on Oct. 25 at Patterson High. 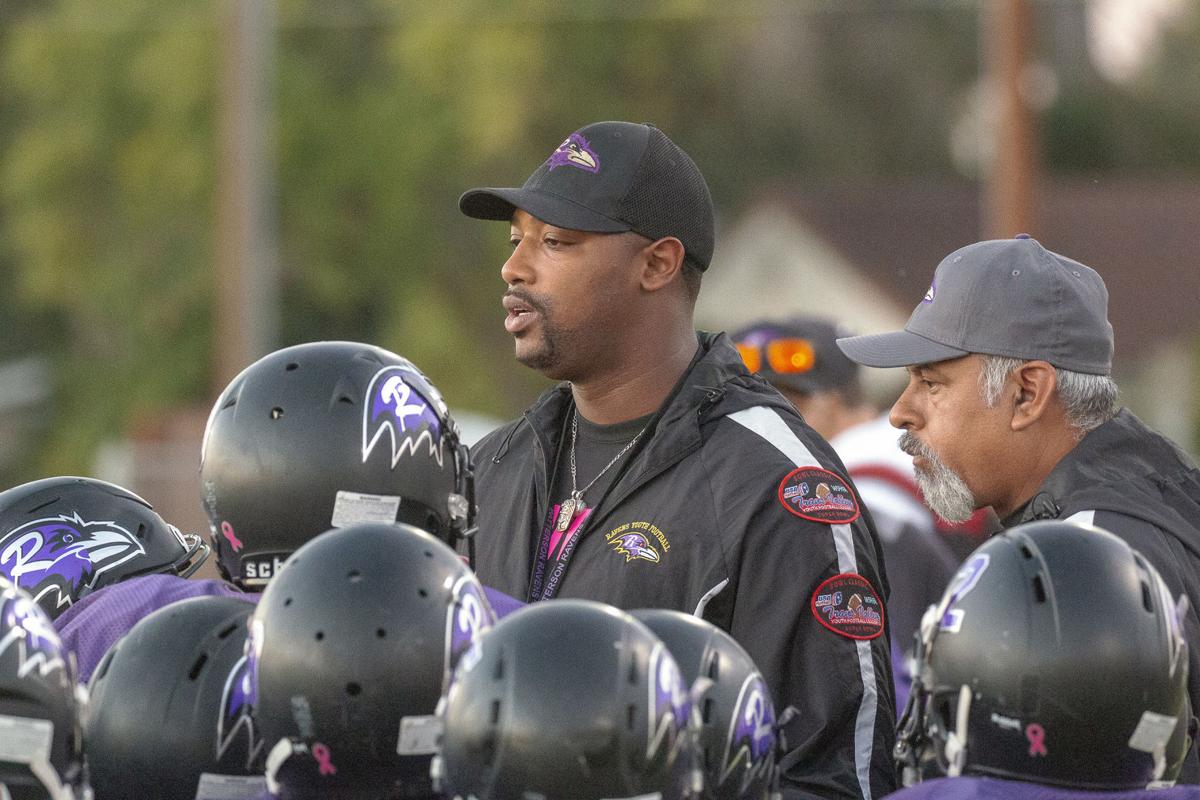 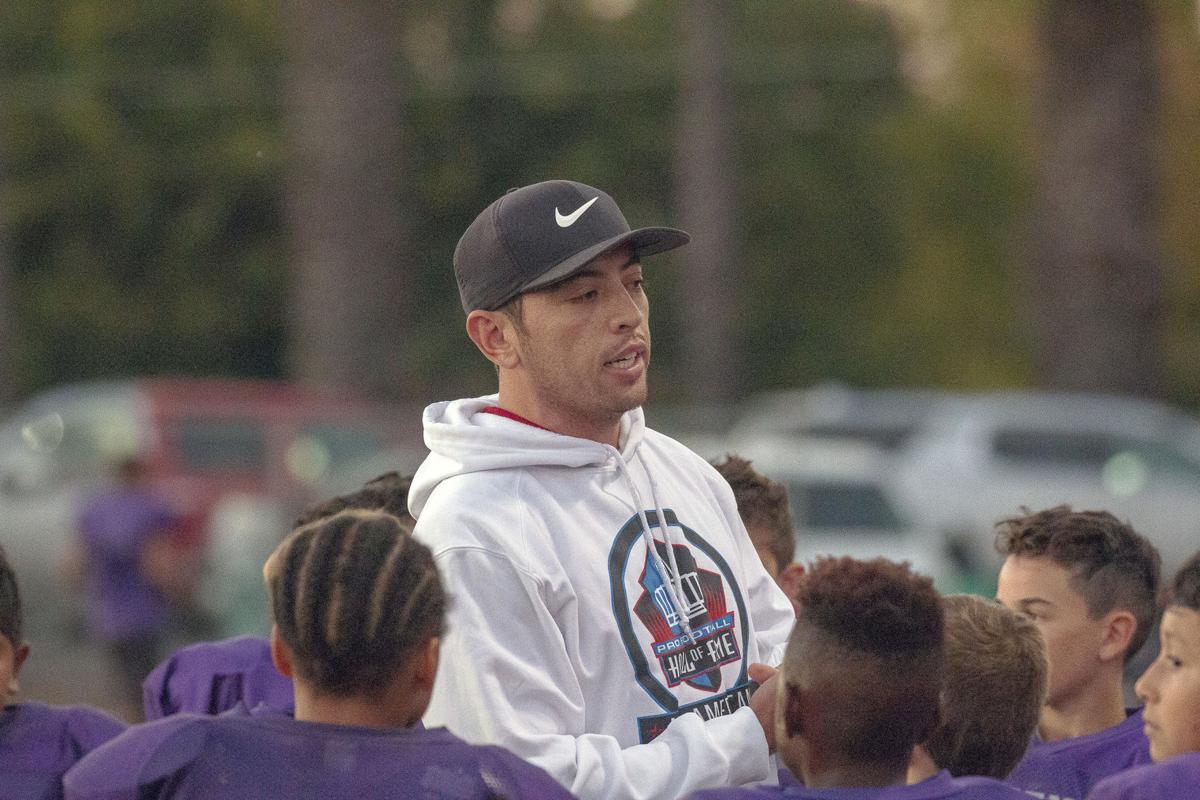 The Patterson Ravens Novice team players, cheerleaders, parents and coaches pose for a photo on Oct. 25 at Patterson High.

For the members of the Patterson Ravens Novice football team, Thursday was no normal practice. The novice team was visited by Pro Football Hall of Fame Bay Area Regional Director Johnathan Reyes, who shared some welcoming news for the undefeated Novice Ravens squad. On Oct. 25, the team was invited to attend the 2018 World Youth Championship Regional playoffs. A total of six teams across the area will have an opportunity to compete for a bid to attend the World Youth Championship finals from Dec. 7-16 at in Canton, Ohio.

“We scour all of Northern California for the best teams. We do about six different age groups and weight brackets. We had Patterson Ravens in there last year, and we know that they’re a good program. They came out and competed last year, and performed really well. We tracked them this year, saw that they were undefeated, and it was an easy choice to pick them for the 10U team,” Reyes said. “We’re really just trying to expand this. We’re trying to compete and call this the Little League World Series for football. That’s a huge thing for the baseball side, and we’re looking to do the same thing for the football side, keep growing this; and make it a big deal for these kids, and something they can be excited and proud of to compete at Canton at the Hall of Fame.”

There was plenty of excitement to go around following the invitation. The Novice Ravens head coach Martell Scoggins was grateful for the opportunity.

“It’s a good group of kids. They worked really hard. This is our second year in this tournament. We had a really good time the first time with our varsity team, and now we’re taking a novice team,” Scoggins said. “It shows the growth of our organization as a whole, and we are just blessed to be in this position. When I told them, I saw nothing but smiles. That’s all you can ask for as a coach.”

The Bay Area Regionals are expected to take place from Nov. 29 through Dec. 2. The games will be played at Rocklin and Whitney High School during that time. The Ravens will play in the 10U age group.

The Patterson Ravens also intend to send seven players from their varsity team to try out for the All-Star Division. The All-Star division features teams that make up the top athletes from that region. There are three age groups for the All-Star Division, including sixth, seventh and eighth grade divisions. A state director organizes the teams from each region and a try-out is hosted to see who can make the final cut. Up to 30 players are allowed per all-star team.