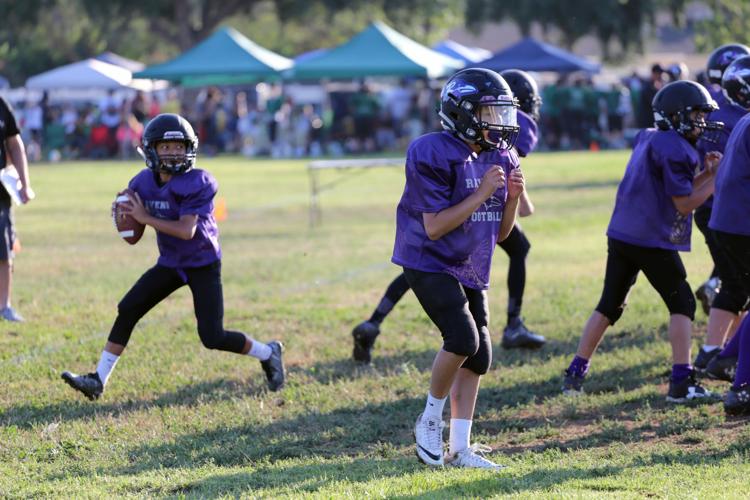 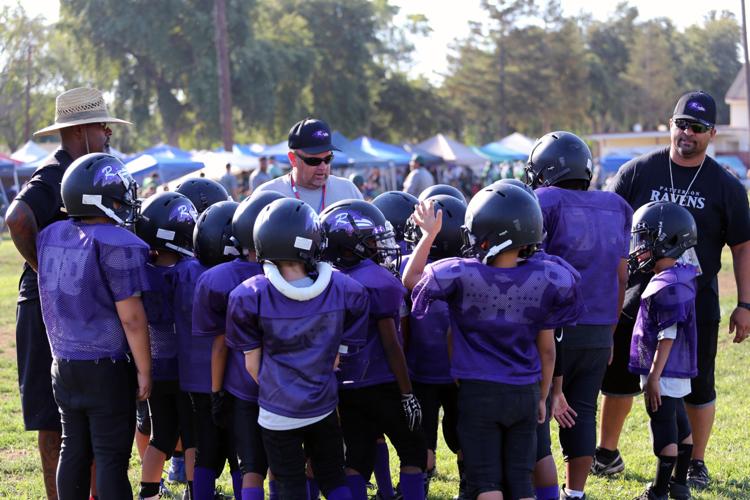 A total of eight teams from the TVYFL convened at the Patterson High practice fields to participate in the yearly scrimmages. The other eight squads that compose the 16 teams in the TVYFL played at Orestimba High School in Newman, giving all the youth football players a chance to test out their plays and schemes.

No blitzing is allowed at the Munchie Games, and teams are not allowed to play both ways in the same half – meaning one half is on offense and the other half of the team plays defense.

Scores are not officially kept for the scrimmages. Each scrimmage is divided into 15-minute halves with a running clock. Officiating is done by the coaches.

All four levels of teams are entitled to play at the Munchie Games, including all football and cheerleading squads.

The novice squad played against Modesto Christian, the Mariposa Bears and the Denair Lions.

The Patterson Ravens will kick off their regular season this Saturday in Modesto against the Westside Niners at The House, 1601 Coffee Road.

The Ravens play their first home game Aug. 27, when they welcome the Merced Blue Devils in Week 2 of the season.

Junior novice begins at 9 a.m. with games scheduled to begin every two hours thereafter, finishing with the varsity game at 3 p.m.

More information on the Patterson Ravens schedule can be found at ravensyouthfootball.org.