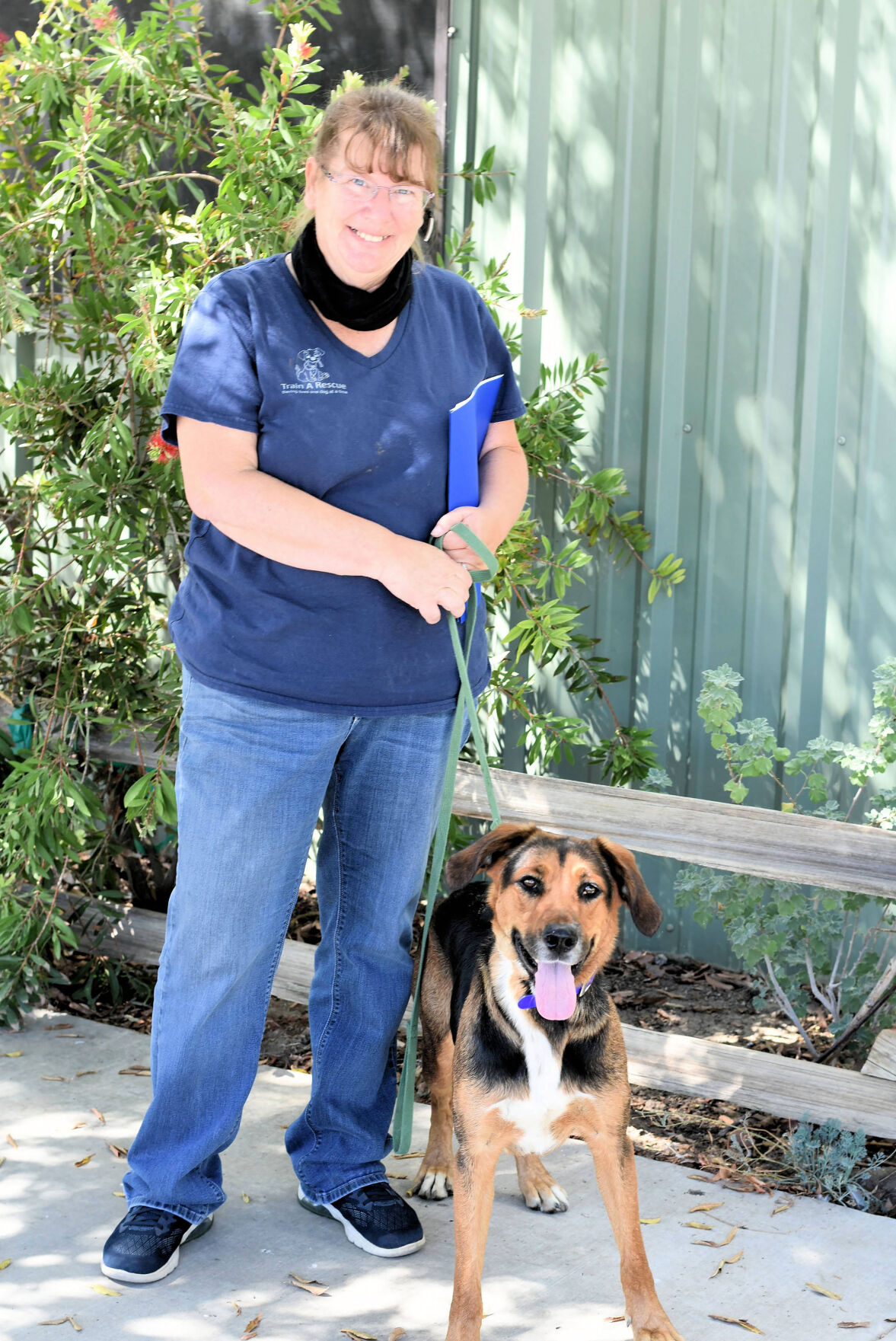 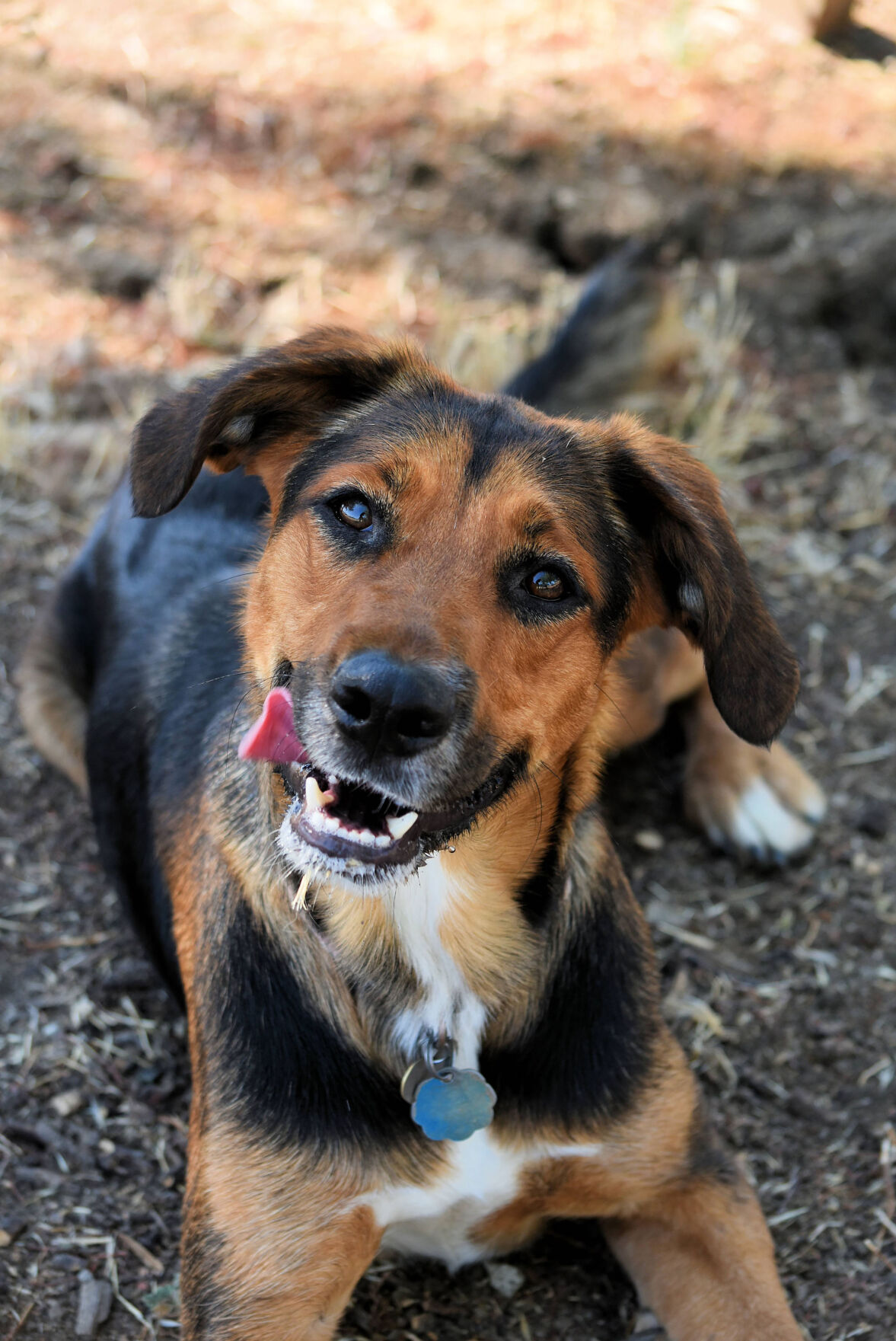 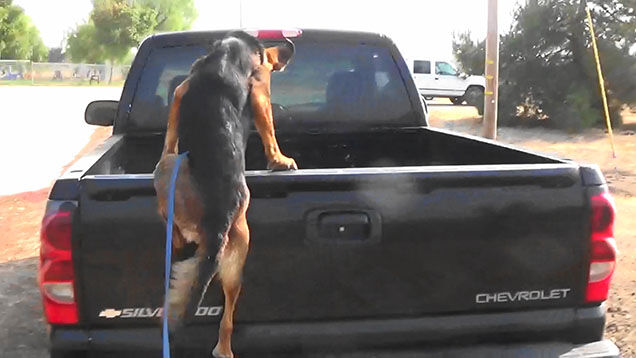 The first time I met Remington, I was not impressed.  The 2-year-old female Brittany/Shepherd mix nearly dislocated my shoulder as she darted back and forth in front of me, pulling me along with her during our walk.

Like many of the rescue dogs at Westside Animals for Adoption, Remington and her young daughter came to us when their family was forced to move and couldn't take the dogs with them.  She was going to be a lot of work

Remington's daughter was adopted soon after their arrival at Best Friends Pet Resort & Canine Academy, the Patterson boarding facility that also hosts our Westside Animals for Adoption. Now more time could be devoted to working on her walking skills.

Using treats to keep Remington close to my side, she eventually became an acceptable walker and began focusing more on the task at hand.  We spent time in our big yard playing fetch with a ball on a string; she was relentless with the ball.

When we thought we had Remington settled enough, she was posted up for adoption and soon had a suitor who wanted to meet her.

The young man led a very active life and thought Remington would be a good fit for him.  She was, for about a week.  The main complaint?  She just would not stop pestering him to play ball with her.  Remington was returned to the shelter, where we'd try to find her another home.

One day Best Friends owner Augusta Farley saw Remington and me playing fetch in the yard, and she said I should contact the search dog folks to see if she might be a good candidate for them.

Knowing the National Disaster Search Dog Foundation was very picky about the dogs they accept into their training program, I devoted one morning to running Remington through several ball searches in rough terrain. Nothing deterred Remington from searching until she found the ball.  Not tall weeds, not thornbushes, not logs and old tires.  She even leaped into the bed of my pickup truck, with the tailgate closed, to find the ball.

I sent a video of some of Remington's search work to a representative from the Search Dog Foundation and received a response within hours.  Their recruit tester was in our area and wanted to meet Remington the following day.  I was elated because Remington was going to get her chance, but I was reluctant to get too excited, not knowing if the recruiter would see what I saw in Remington.

Kiersten, the recruiter, showed up the next day as promised and took Remington outside to run her tests.  I remained inside the building, pacing the floor like an expectant father in a hospital waiting room. Within 15 minutes, Kiersten re-entered the building with Remington, a big smile on her face.

She was thrilled with Remington and wanted to take her to her facility in Oregon for further testing.

Within a week, we heard back from Kiersten.  Remington had done great and was invited to participate in training at the National Disaster Search Dog Foundation center in Southern California

We all are rooting for Remington.