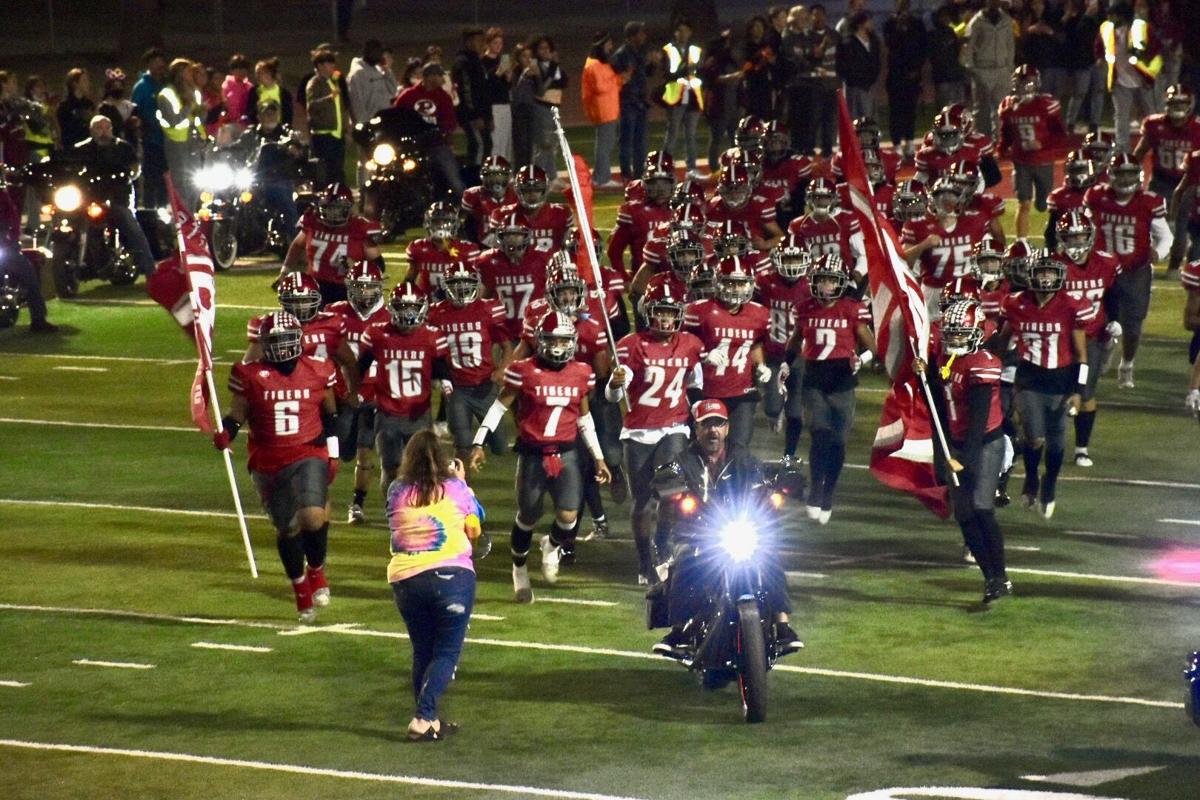 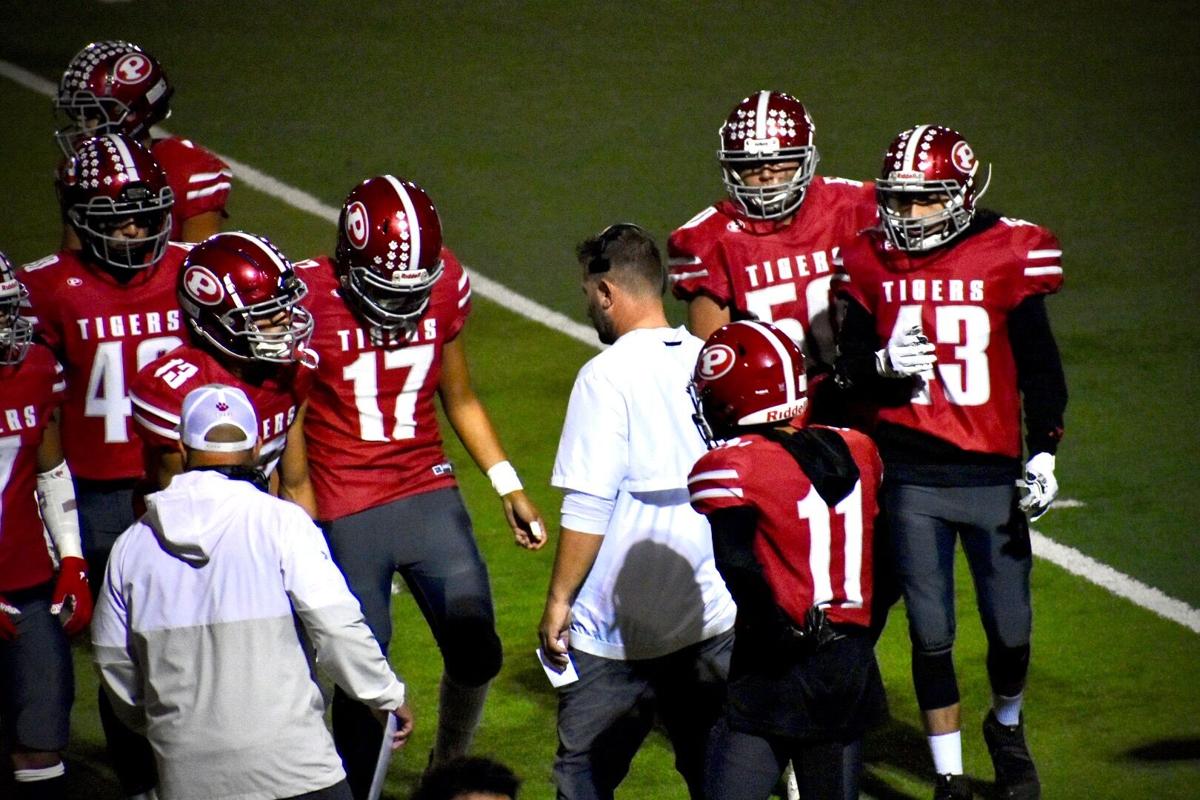 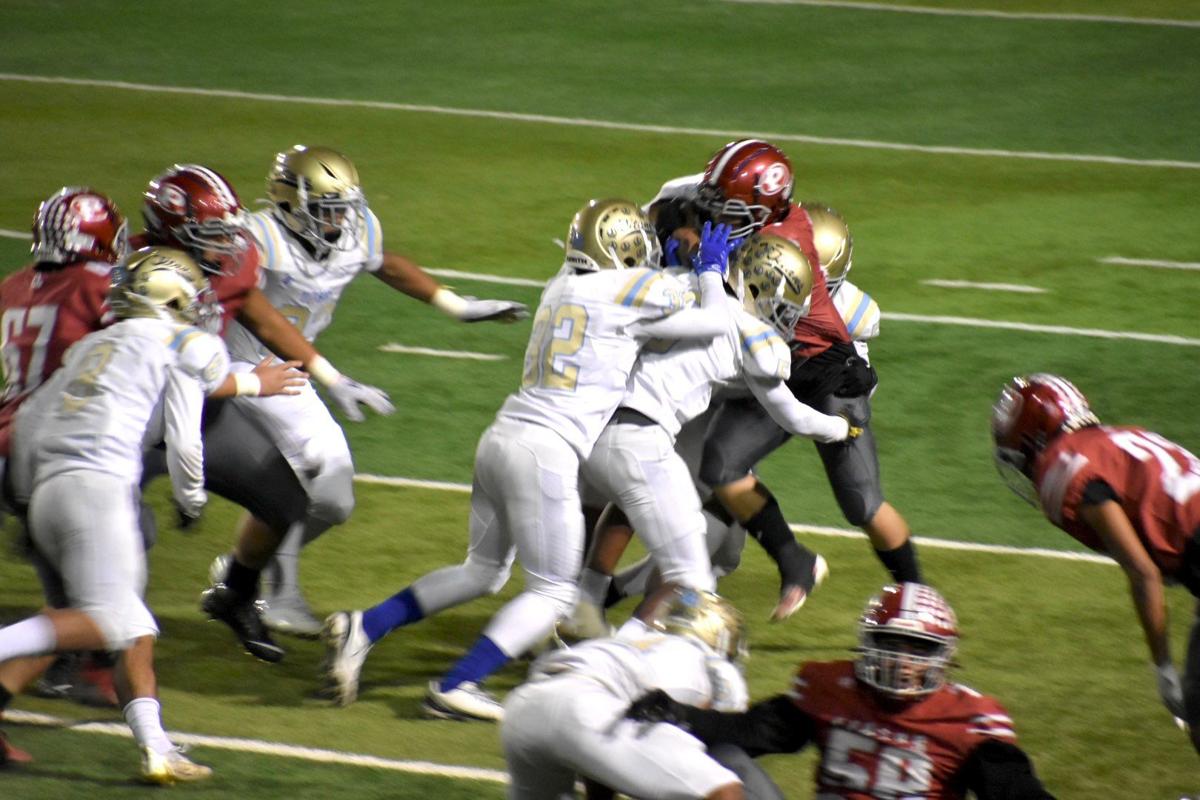 Defense continues to lead the Tigers with another dominant performance in their 38-6 playoff win over Luther Burbank.

The Tigers showed there was no rust coming off the bye week as Burbank came out tough and held Patterson off the scoreboard until midway into first quarter when Lolo Mataele scored on a 10-yard touchdown run.

“They [Burbank] came out with a lot of energy and we haven’t had a playoff game since 2019 and for a lot of our guys it was their first playoff game. It was a slow start, but the defense got us going providing short fields for the offense to work with,” said head coach Rob Cozart.

The Tigers defense made it almost impossible for the Titans to score with their lineman re-establishing the line of scrimmage in the backfield making screen passes the only effective play Burbank could execute.

Patterson would hold a 28-0 lead before Burkank’s offense would find some life getting a huge gain from a screen pass that put them at the Tigers 10-yard line. Just as quick as it seemed like the Titans were going to make this game competitive in the first half, they follow that big gain up with an interception in the endzone by Damion Rosado with 1:48 left in the half.

Burbank would get one more shot before halftime expired, but quarterback Jahe’mon Worlds was strip sacked by Jonathan Delgadiillo at midfield in the closing seconds of the first half to secure the Tigers 28-0 lead going into halftime.

“He [Jonathan] gives us more speed off the edge, and he gives us some speed rush energy. That gave us a little bit of a boost, we’re thinking Hail Mary going into the half because that’s what we repped in practice,” said Cozart.

The second half started with the Tigers adding to their lead on a tip drill style 18-yard touchdown pass from Jacob Guevarra to Damion Rosado, and Johan Mendoza would add a 23-yard field goal to end the Tigers scoring. Burbank would score on a three-yard touchdown run by Jahe’mon Worlds to avoid a shutout.

Patterson will travel to Yuba City tomorrow night in the CIF Sac-Joaquin Division III quarterfinals matchup. With the matchup being a four versus five seed matchup, it’s one of the most anticipated games in the entire section this week.

“Size wise it’s pretty comparable, but if we come out like we did tonight we’re going to be the ones in a hole down 14 or 21, so we have to be ready to go. The best part is we have games like Manteca, Merced, and Buhach Colony to refer to and see what it’s going to look like. We have to expect a physical game, they’re big [size] but also explosive and we have to be ready to go from the start of the game. They try to take advantage of mismatches; our guys have to realize they might be the mismatch and they have to be ready.”