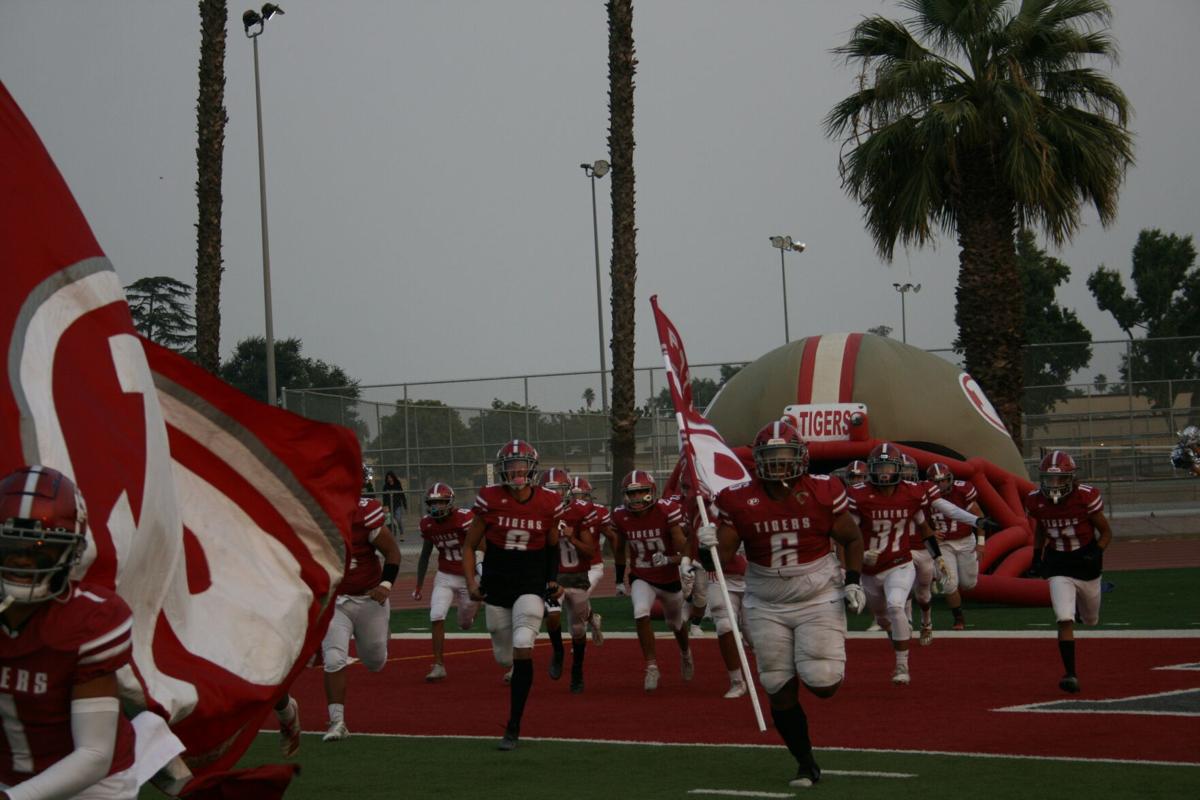 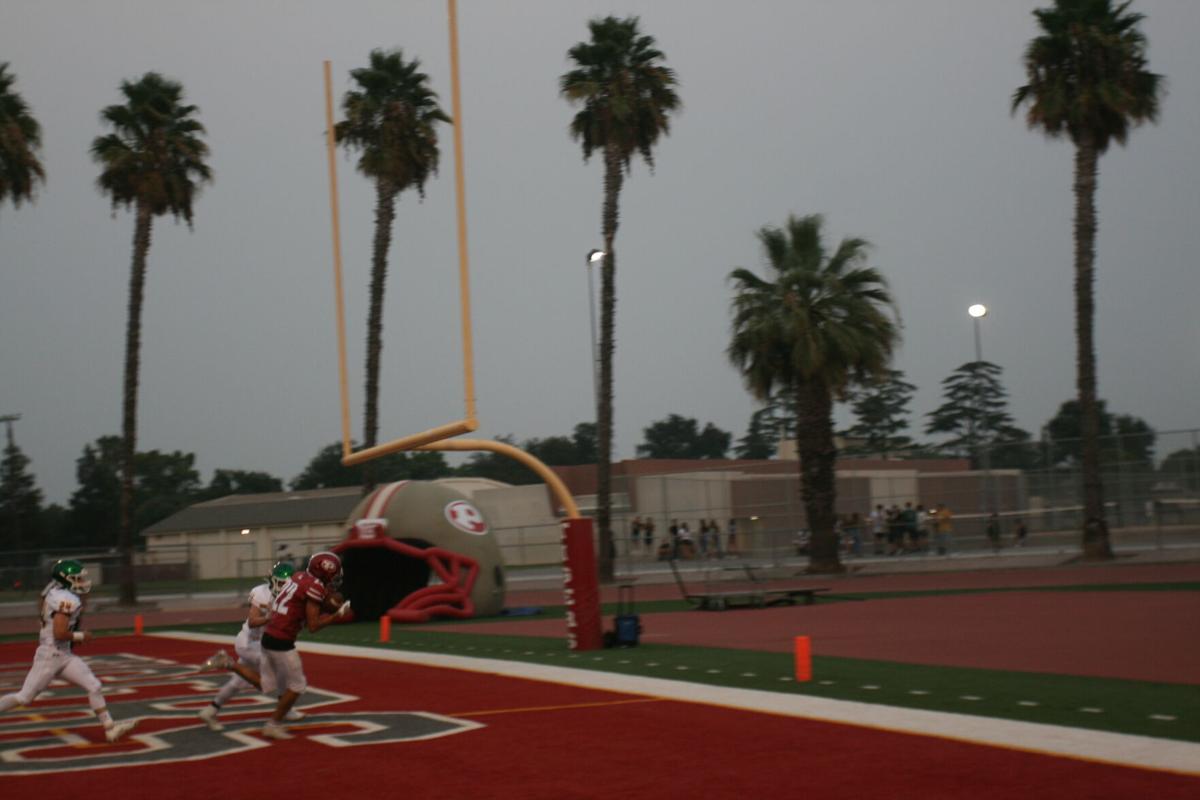 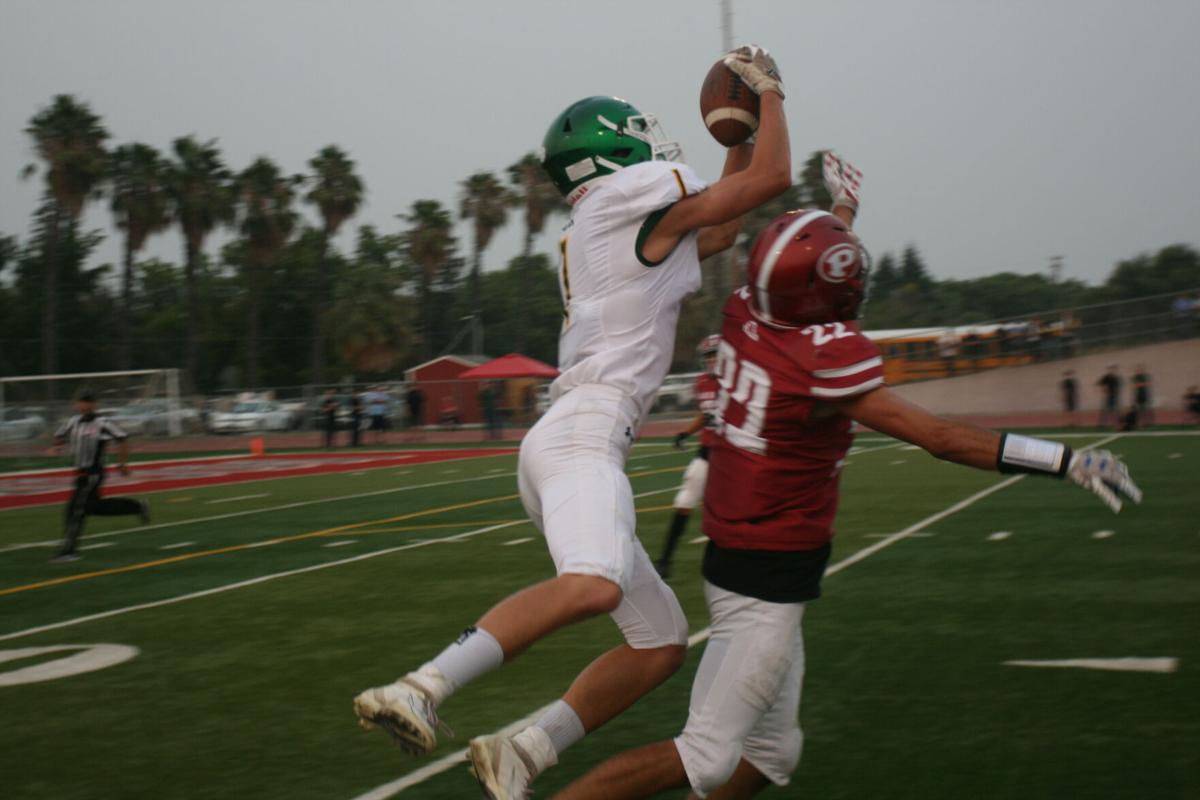 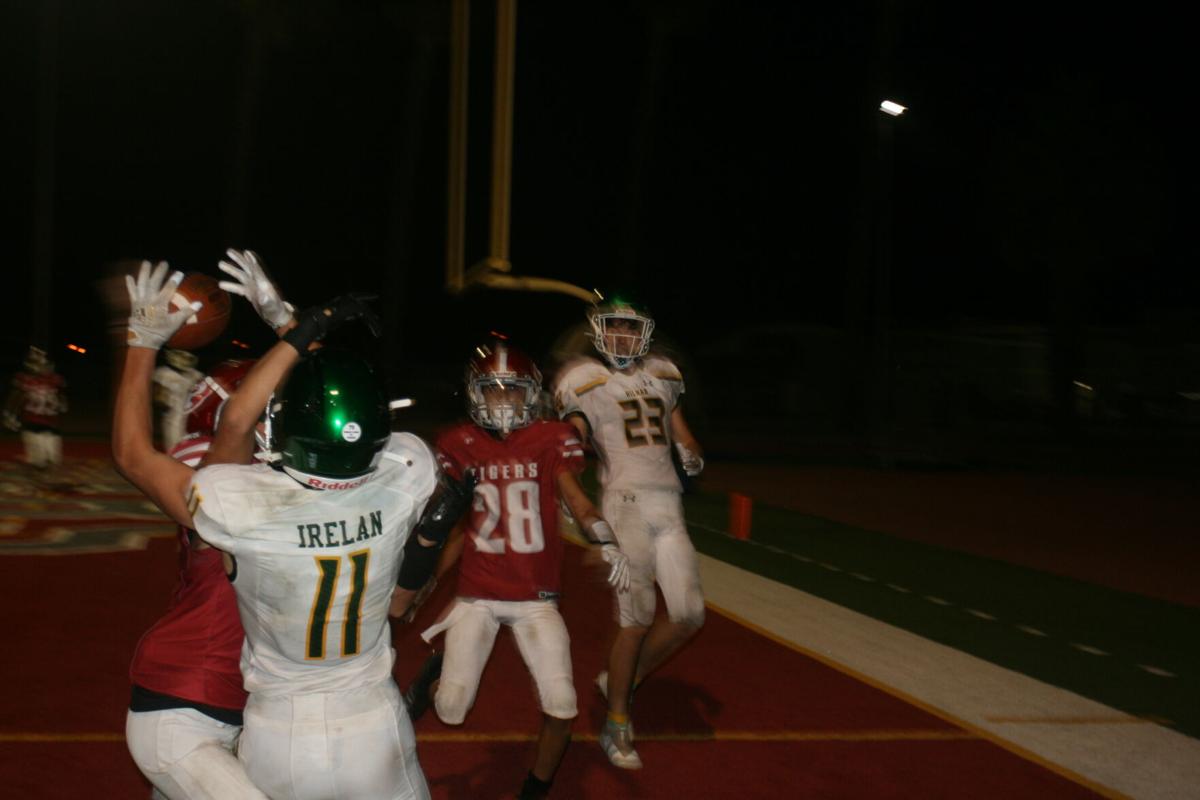 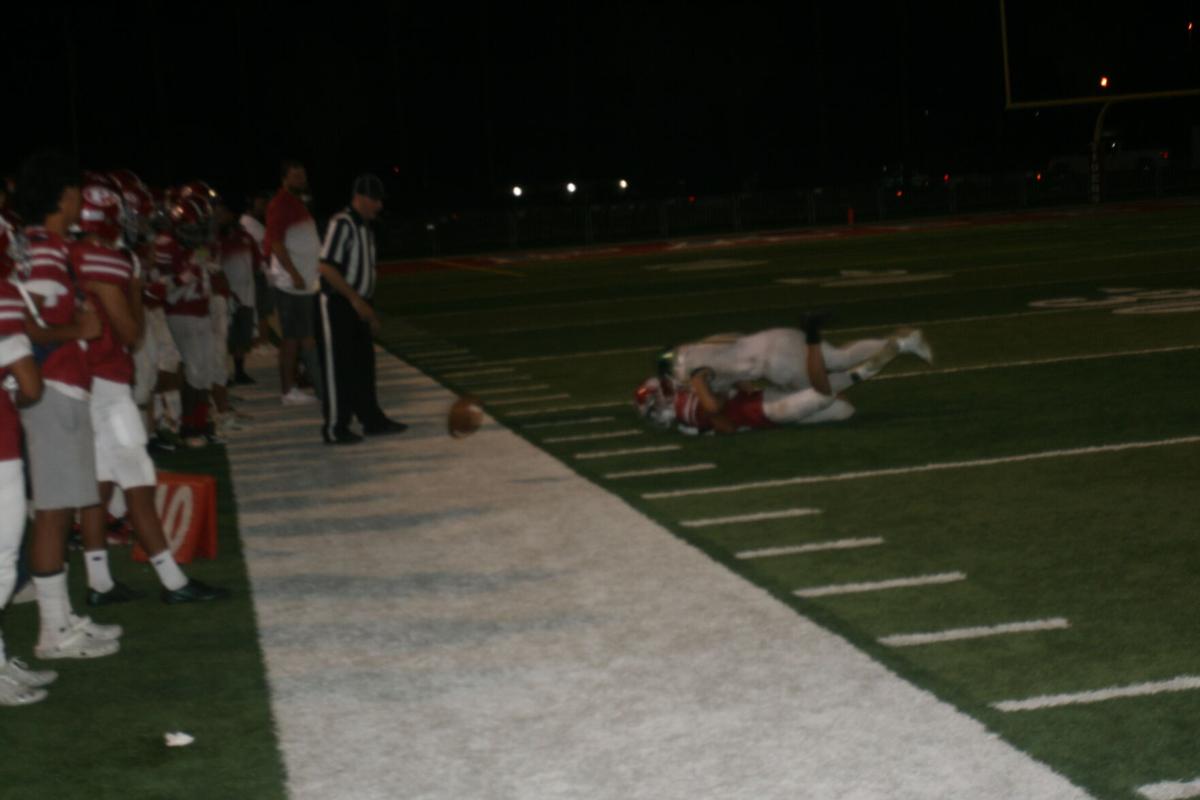 The Tigers entered the final 12 minutes of play down 20 after a first half full of miscues and mistakes.

Patterson was down 27-7 entering the fourth quarter until Javier Huizar caught two touchdowns from quarterback Jacob Guevarra, cutting the lead to 27-20. A fourth down defensive stand by Hilmar in the closing minutes of the game would end the Tigers’ comeback.

“We [coaches] challenged them at halftime. They were going to learn from this game, whether it be learning by coming back to win this game or letting it get out of hand. They came out and won the second half,” said head coach Rob Cozart.

Patterson won the second half scoring 13-10, but early miscues made the difference in the end. The first three quarters of Friday’s game was plagued by turnovers and penalties. The mistakes started on the opening drive when Guevarra’s slant pass was intercepted by Hilmar’s Lane Cardoso.

The Hornets’ offense would find success through the air with their passing game, scoring two quick touchdowns (from Camron Moak to Derek Taylor), to take a 14-0 lead. Midway through the first quarter, the Tigers were able to cut the lead in half when Guevarra threw his first touchdown pass to Austin Lucas making the score 14-7.

The second and third quarter is when the turnover thorn and penalties hurt the Tigers’ offense. They had three turnovers (all fumbles) resulting in 13 points for Hilmar and a bunch of penalties (mainly holding) that stalled drives. The defense played as good as any coach could ask for only surrendering three points in the second quarter and had a blocked field goal at the end of the first half.

“The blocked field goal was huge moment boost going into the half. A lot of the penalties were unforced errors, like personal fouls calls, they are things that can be fixed,” said Rob Cozart.