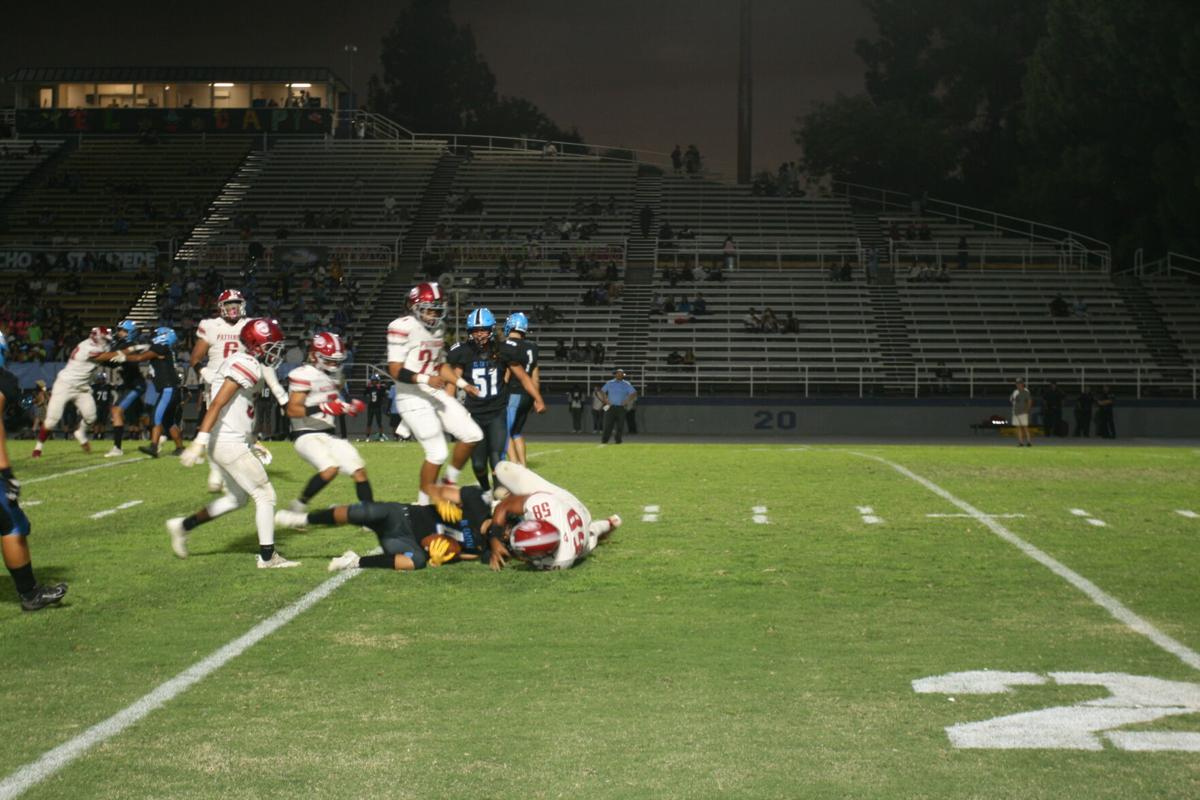 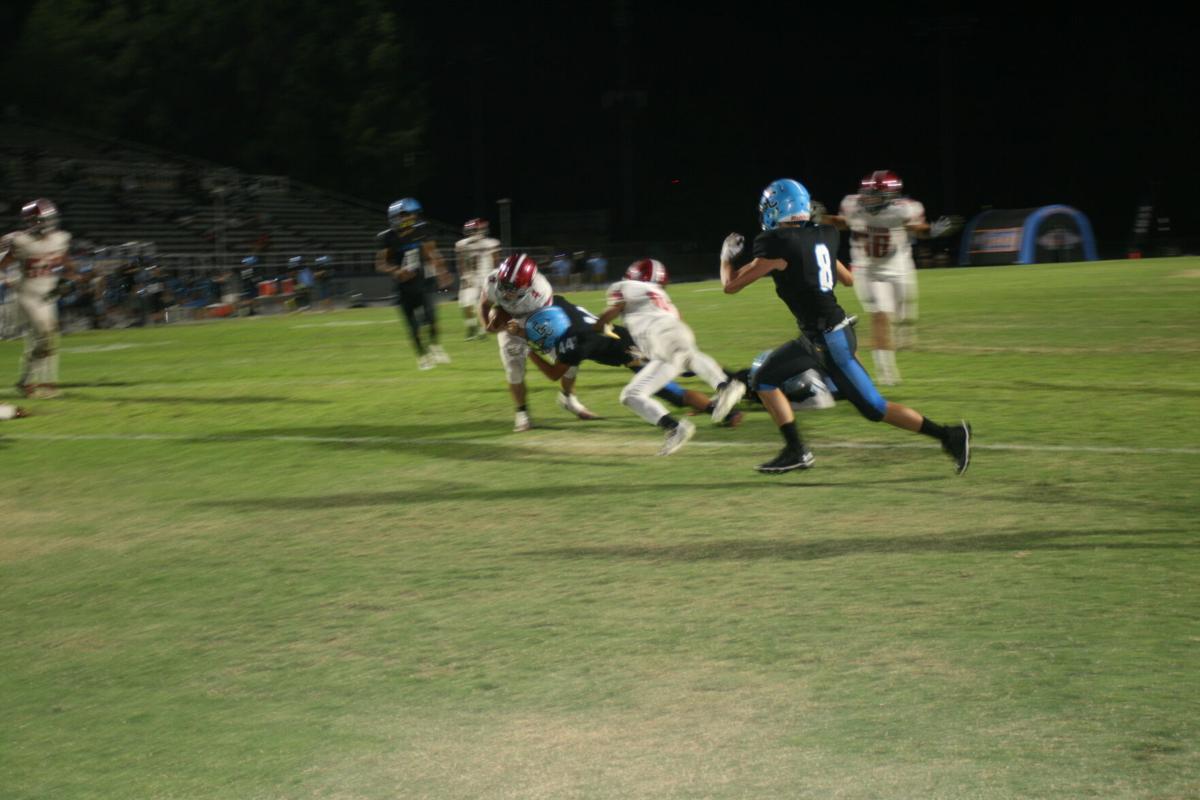 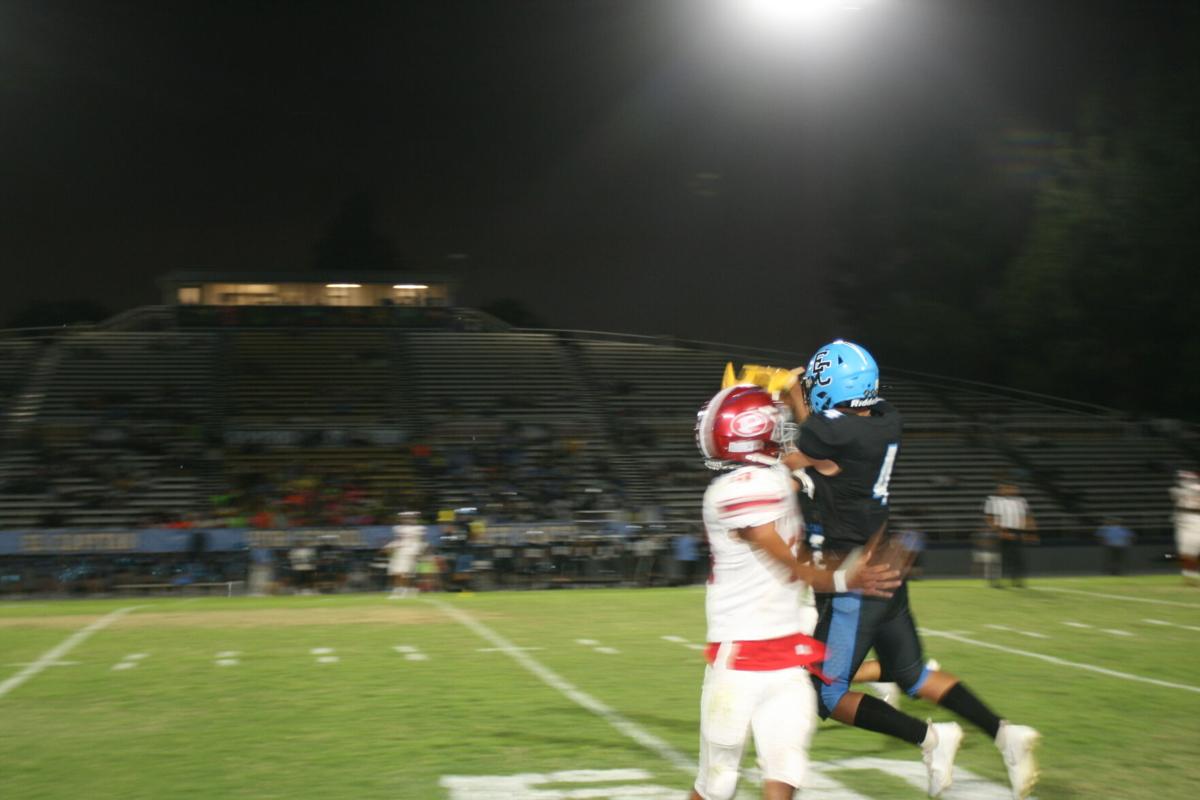 Patterson avoids the “trap game” by running past El Capitan to a 63-14 win in Merced. They continue to show signs of greatness by scoring 60-plus in back-to-back games since 2017. The game was tied at seven after the first quarter and the team wasn’t as sharp as they normally are, forcing head coach Rob Cozart to call a timeout and settle down the team.

“That’s exactly what it was for. We started quick and grabbed the lead, then 7-7 and number one [El Capitan’s quarterback Carter Haugen] is a heck of an athlete and I saw the play make everybody on the blitz call look foolish and I wasn’t going to stand for it anymore. I called the timeout to settle them down and get them to understand to play focused. Our three pregame goals were to play focused, fast and with intensity every single rep and playing focused wasn’t happening on a consistent basis and that needed to be addressed right away. When we addressed it they responded well,” said Cozart.

The team also settled in on the running game receiving brilliant performances from a pair of junior running backs, Sean Hansen (8 carries, 125 yards, 2 touchdowns) and Lolo Mataele (7 carries, 60 yards, 3 touchdowns). The duo took over the game in the second and third quarter accounting for 185 of 264 rushing yards for the Tigers. Hansen returned a kick 85 yards for a touchdown, giving him 236 all-purpose yards and three total touchdowns.

It’s rare that the second game of league play is the most important but with the way the Central California Conference is this season the two best teams will play in Patterson Friday night. A win won’t guarantee the Tigers their first CCC title, but it would be a huge step in the right direction as Patterson, Merced, and Central Valley are the only teams with winning records in the league. A win will put either Patterson or Merced in prime position to win league but for the Tigers it would be extra sweet because a win over the Bears would be their first against that program since joining the CCC in 2018.