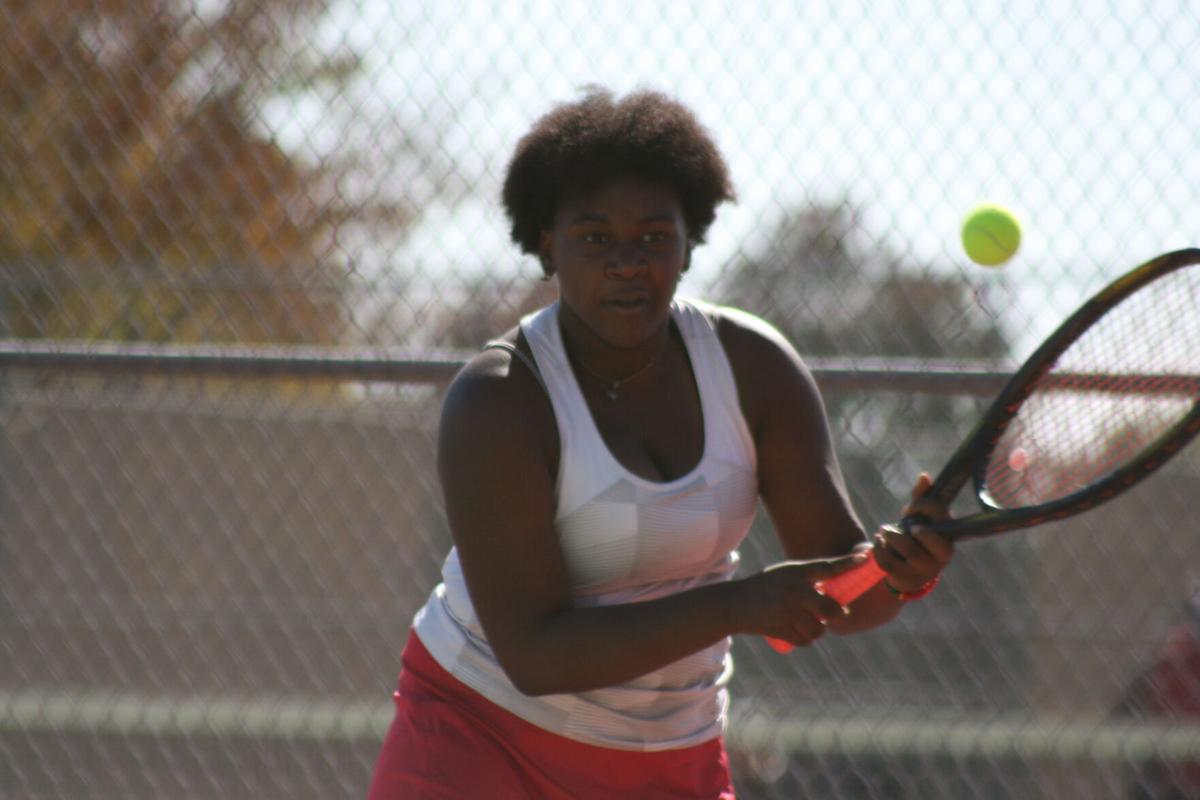 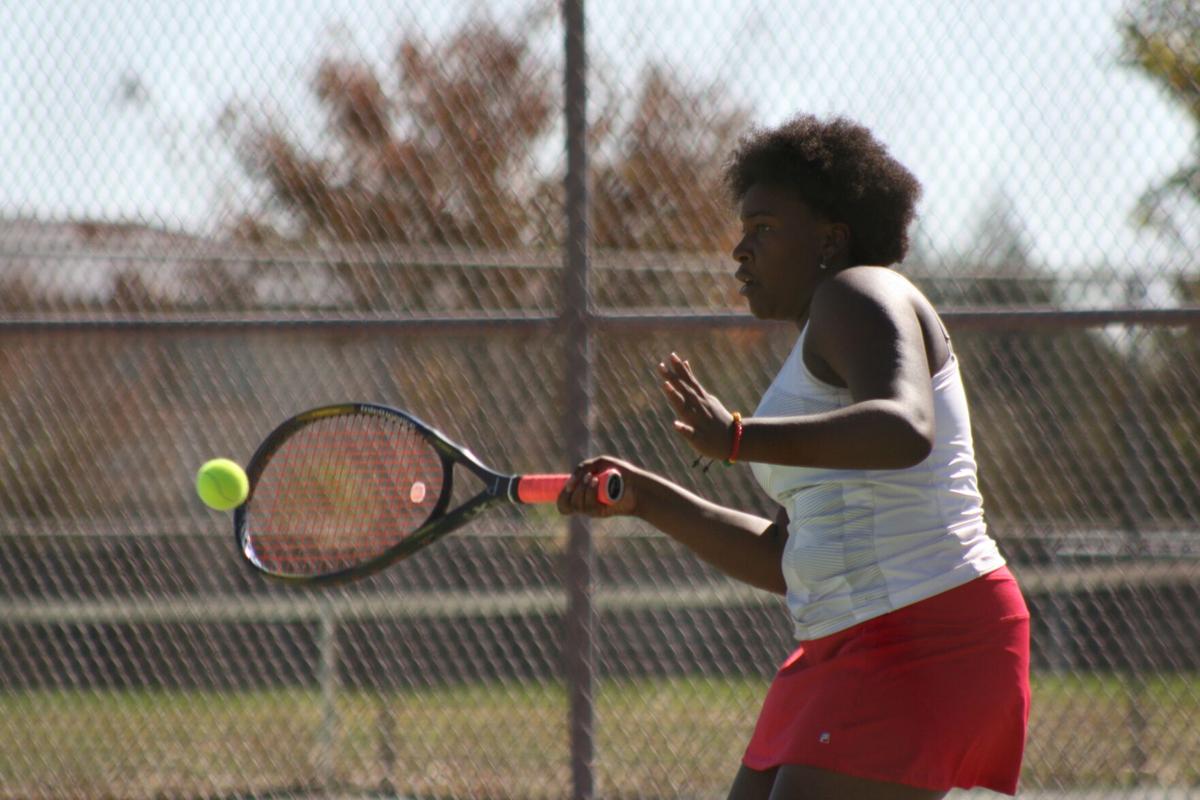 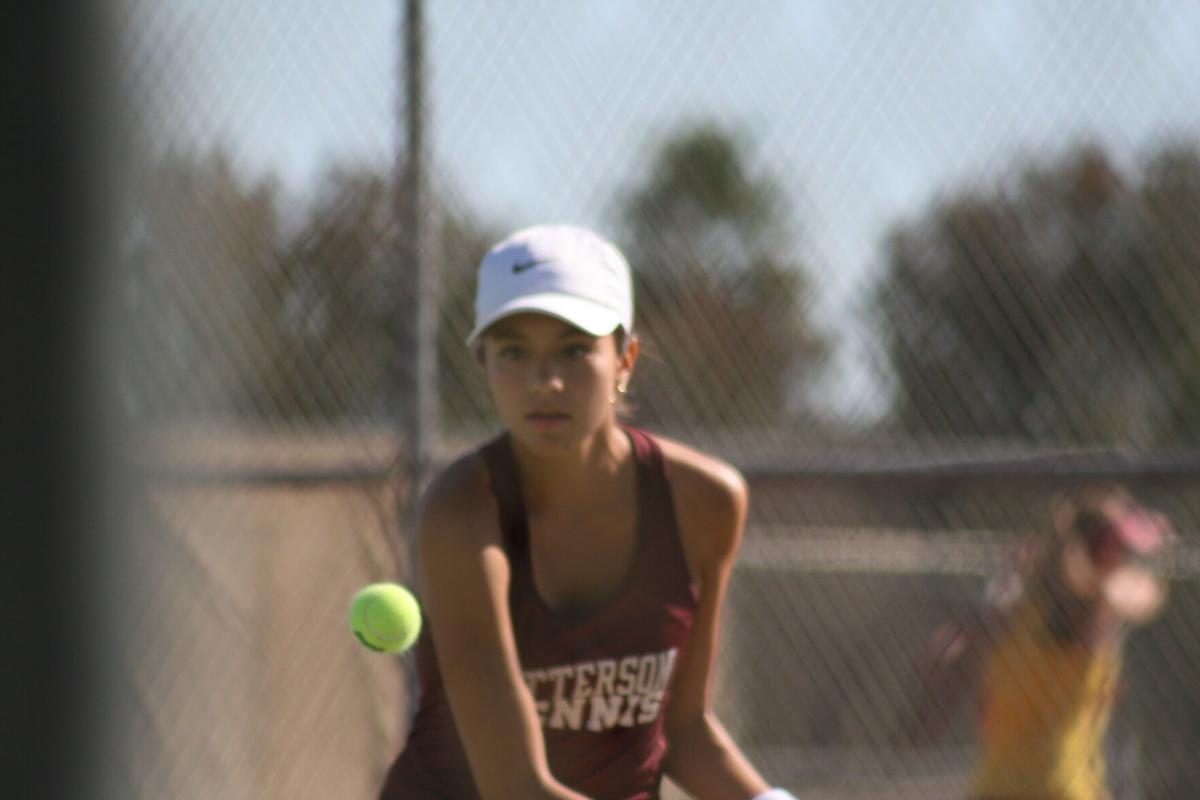 Patterson girls’ tennis finished the season undefeated as a team and took two of their top singles players to the conference tournament on Tuesday.

Patterson’s Carolina Herrera was the number one seed in the tournament and Shantell Nzoule entered as the sixth seed. Both girls played opponents from Livingston in the first round and won their matches, Carolina def April (6-2, 6-0) and Shantell def Gaby (6-0, 6-2).

In the quarterfinals Carolina breezed past her quarterfinal’s matchup (6-0, 6-0). Shantell played a tough matchup in contrasting styles, her power hitting against the technical ball placement style displayed by Buhach Colony’s Leah Chapman. The first set was back and forth with Chapman getting the edge (6-4, 6-0) due to a couple of well-placed shots.

The semifinals would feature Carolina against Rheeya of Merced and Leah Chapman against Emily of Golden Valley. Herrera would win in straight sets again (6-2, 6-1) and Rheeya’s frustration over close calls on in/out balls issued during the match was evident.

The second semifinal would go down to the wire as the girls played a tiebreaker set to decide the winner. Chapman was down 0-7 in the 10-point tiebreaker set and then her precision accuracy and great counters would come into play. Her dropshots and overhead shots when Emily came to the net allowed Chapman to pull off the comeback and win the deciding set 11-9, putting her in the finals against Carolina Herrera today at 11am.

Patterson will also be participating in the doubles portion of the conference tournament today at 9am.