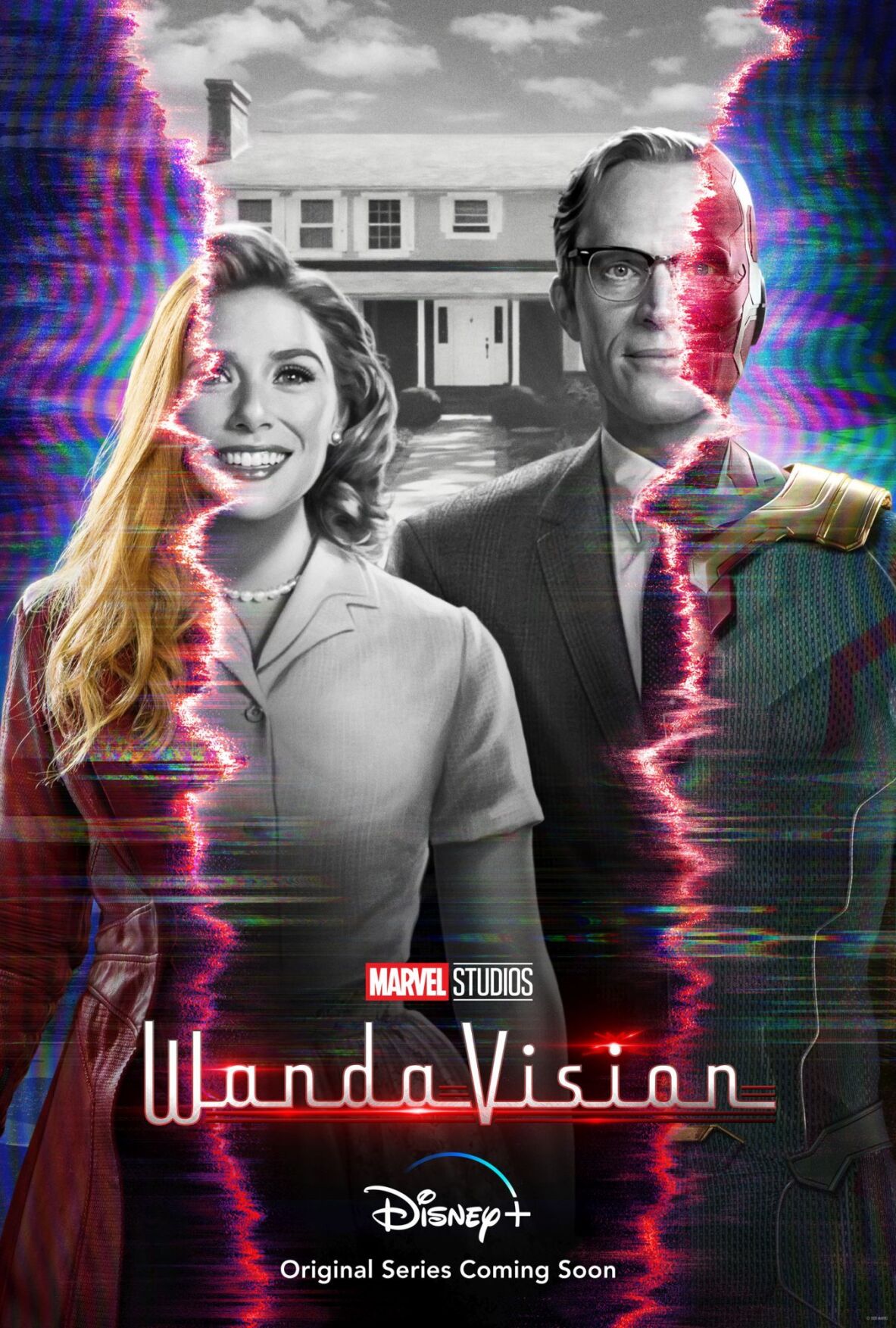 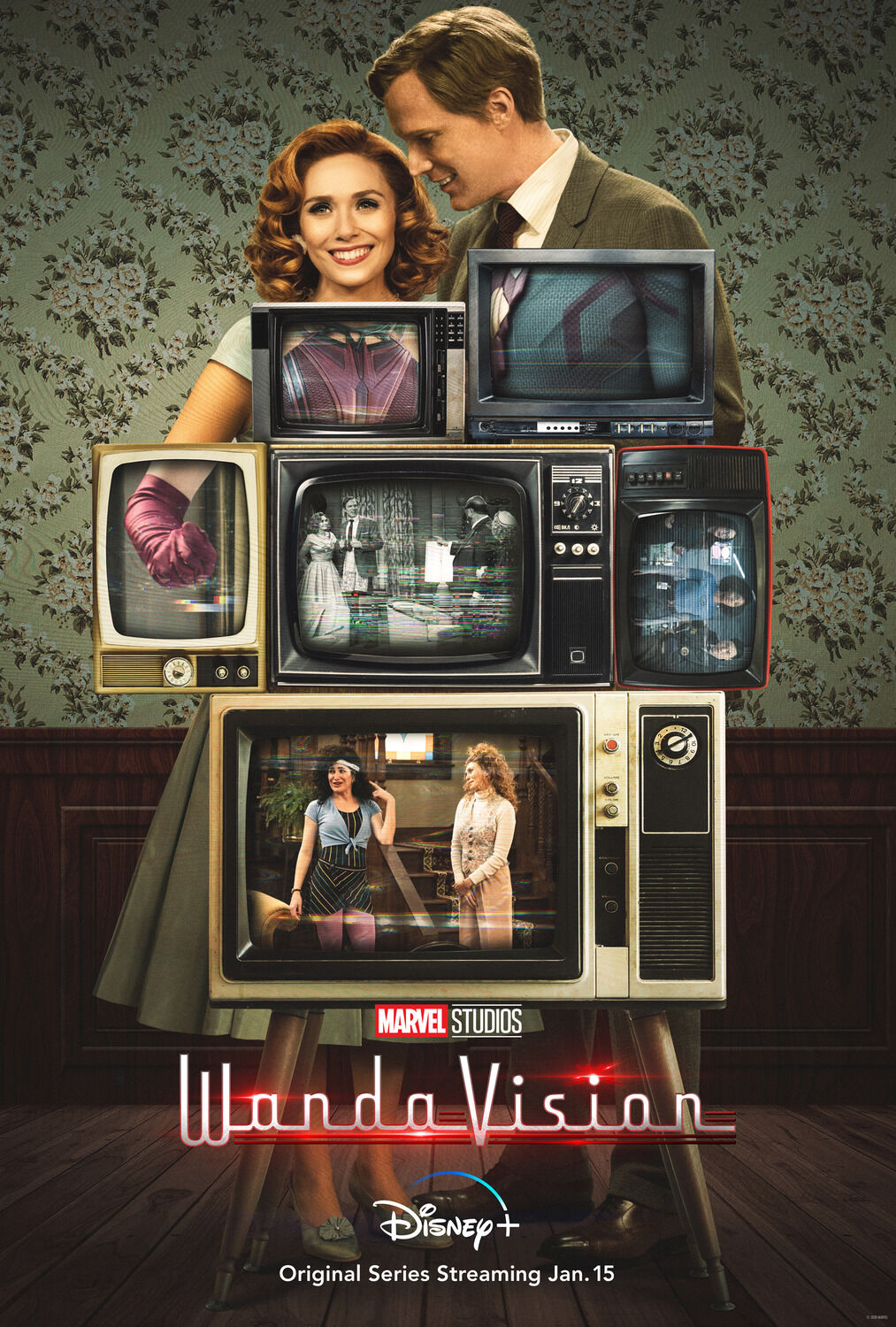 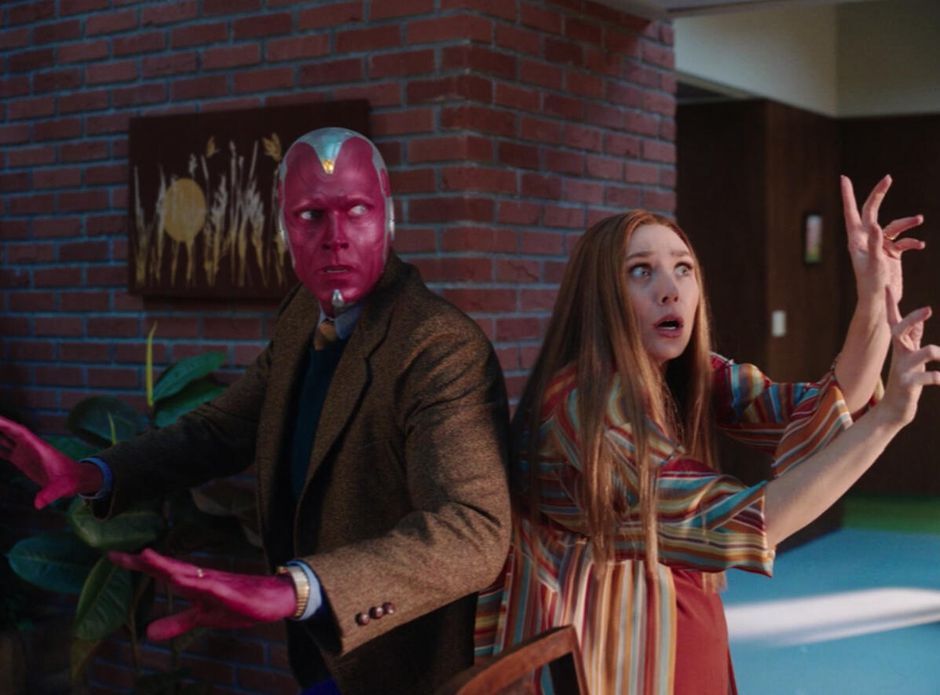 Wow, can you believe my last article was way back in September of last year? Did anything interesting happen while I was away…?

Anyway, I managed to get my hands on Disney+ to check out the newest release from Marvel Studios, WandaVision. The show is essentially an extended epilogue dealing with the events of the last Avengers movie where Thanos, an evil space dictator, managed to collect six all-powerful stones known as the Infinity Stones -- each one with a unique power -- and snapped his fingers killing half the known universe so the other half could thrive.

One of the said stones just happened to be the source of Vision’s (a cyborg brought to life to help the Avengers) power and life. In an attempt to keep the stone from Thanos, Vision had Wanda (a witch and former-villain turned-hero) kill him and destroy the stone, only to have Thanos rewind time with another stone and rip the stone Vision possessed from his head, killing him a second time in front of Wanda who just married him earlier…yeah she’s had it rough.

So after all this, Wanda goes a little grief insane and we have our show.

Now comes a tricky little dance I have to do. I don’t really want to spoil the show for you but I kind of need to spoil some things. Don’t worry, they will not be major things!

But if you want to go in completely blind, the show is good, to a point. It’s not really worth paying for the streaming service. I would suggest waiting for Winter Soldier and the Falcon to finish airing then sign up for the free trial and binge it all. I rate WandaVision 8 out of 10. Great, could have been better. I was never bored with it and wanted more.

Now for all the readers that may need a little more convincing let me strap on my dancing shoes.

The greatest thing the show does is actually make you like and care about Wanda and Vision. WandaVision is a simple side-story that fleshes out characters who really needed more time. As opposed to the movies where they share the screen with much cooler, more interesting characters and often are relegated to the background. Which is a shame because in the comics they are awesome and are two of the strongest members on any team, with Wanda being so powerful she literally fights the devil and wins in one storyline.

The show is actually mostly about Wanda, despite the name, and each episode up to the finale is themed around a different era of classic television shows. The first episode being modeled after I love Lucy, with each following episode jumping ahead in the decade paying homage to Bewitched, Full House, Malcom in the Middle, and others.

I know people who started watching the show and gave up because they didn’t get it, and found it too weird. But, if you stick with it things get really good.

Not only are the opening numbers throw backs to their respected influences, each actor changes their persona to match the era of television. The first couple episodes are even black and white and filmed in the classic three camera set up, breaking only once when things get a little heavy (which is one of my favorite scenes in episode one).

The costuming and set design is spot on and second to none, but Disney can basically buy the moon at this point so that is to be expected.

It’s the magic behind the camera that interests me, what the writers and directors could pull off with two very obscure characters in a very nontraditional story. That is where the show shines brightest with a Twin Peaks style mystery leaning into some moments of dread and horror.

Unfortunately, that’s where things begin to fall apart as the big reveal in episode four lets us all in on what is really going on. Because of that, the following episodes lose their mystique and at one point only the intro credits are modeled after a sitcom and the rest of the episode is normal, which is really a bummer.

It would have been better to hold off the big reveal ‘til episode six (the Halloween Special, which was my favorite), as the ending for that episode would fit better with the reveal. Then the following three episodes can rush us along to the finale with the events fresh in our minds.

I found out they lost two episodes in production due to Covid shut downs so they just had to make do. That may be why the final two episodes feel so rushed, and sadly the finale turns into the usual floaty laser-shooting most Marvel movies turn into.

The secondary villain is completely forgettable. Forgettable to the point that I literally forgot he was thing for a while until he shows up randomly to get beat.

There were a lot of cringe lines in the final two episodes, with certain things happening that should not have due to earlier events in the storyline, and it just kind of falls apart.

It’s not all bad though. I really liked how Vision defeats his villain with a philosophy debate in a library; Wanda’s powers look cool with her new costume being the best yet; and the ending sequence put a knot in my throat and a tear in my eye.

It was just the things after that irked me! You feel bad for Wanda, but make no mistake she is a bad guy here. She kidnaps an entire town, bends them to her will, and makes them act in roles she designs. Effectively trapping them in their own bodies! Some even have her PTSD and nightmares and ask her to let them die! But, in the ending someone actually says she is a hero! No way! I get it, she had a bad experience. But that doesn’t justify what she did.

On top of that, and I know it’s my fault for having high expectations but, Marvel knew what it was doing by dropping hints on who could really be behind all of this! All of those hints, for nothing.

Also, to bring in a character from another franchise only for it to result in what is, by far, THE WORST JOKE IN ANY MARVEL FILM PROPERTY, and amounting to nothing further in the storyline is a pretty messed up thing to do to the fans.

I know I shouldn’t have tried to guess where it was going. I set myself up for the letdown. But they should not have put those hints there in the first place! I feel like I was led on and that was not a great feeling. Maybe it’s just me. I get super into those Easter egg hunts, and hints to the comics and other films. To the average viewer, I’m sure I am over doing it.

I don’t want to leave it sounding negative. I really liked the show. I never got bored, I was excited for Friday to arrive so I could see the next episode, and I cared for characters that the films never gave me a reason to.

I am excited for the rippling effect this series will have on future projects, and a possible full-on heel-turn for Wanda.

There are so many places they can take the future of the MCU from here, and because of this show I am excited to see where it goes.

I recommend watching WandaVision. I could go on, and on about all the small details and call backs but I’ll keep it simple; if you’re a fan of Marvel, chances are you don’t need me telling you to check it out. If you’re not a fan this series may make you one, and it may make you want to check out the past films (which can also be found on Disney+), to get all the context. #notsponsored