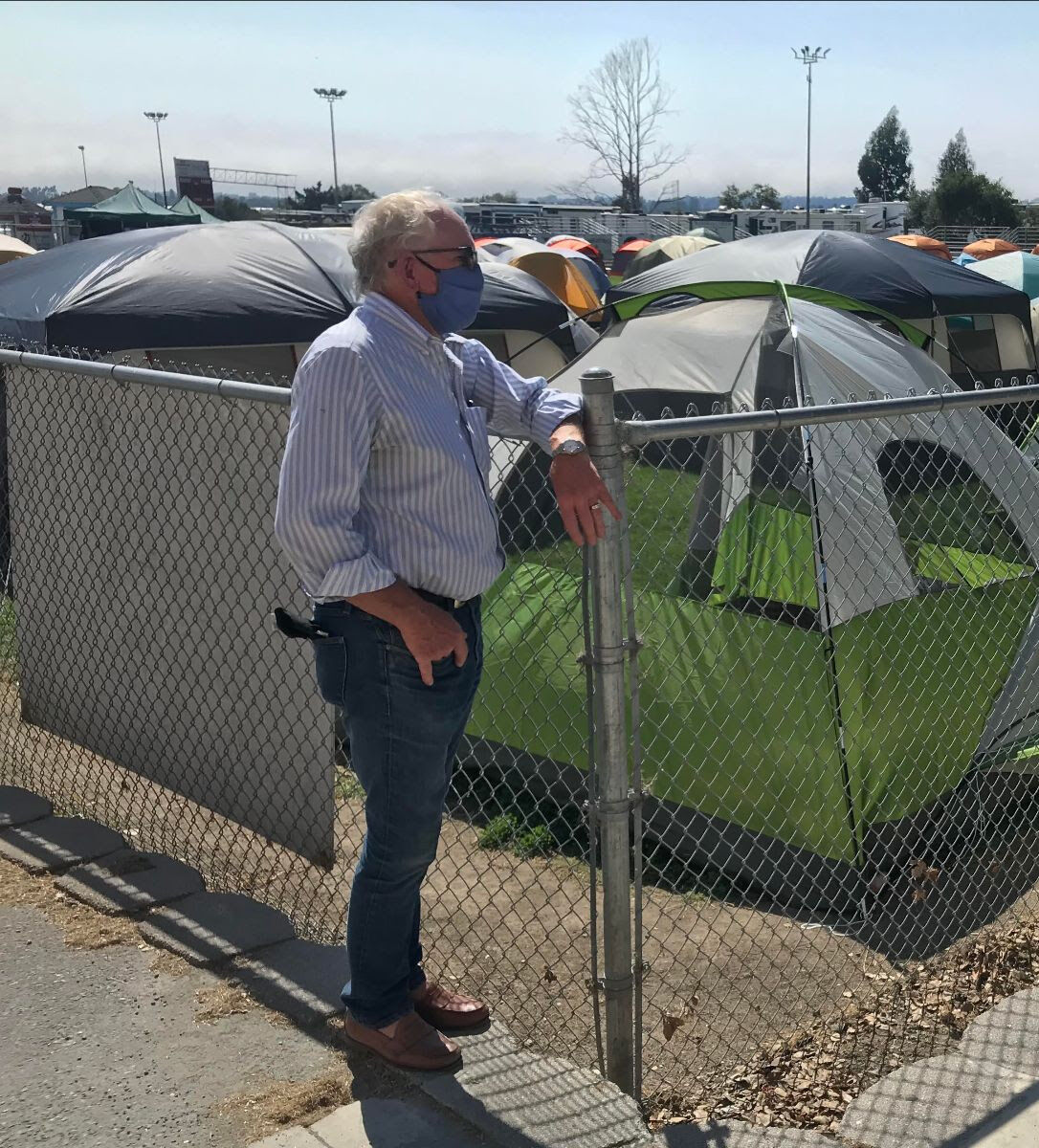 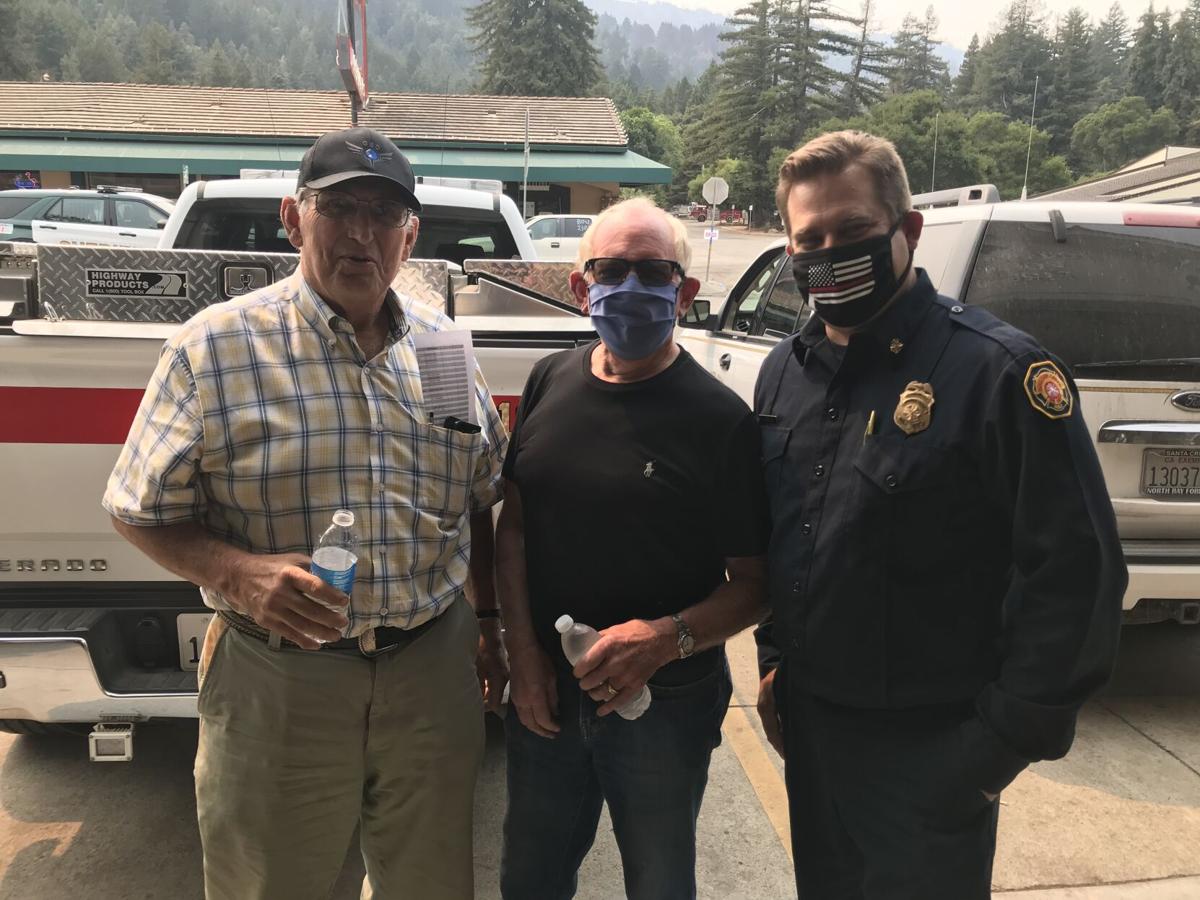 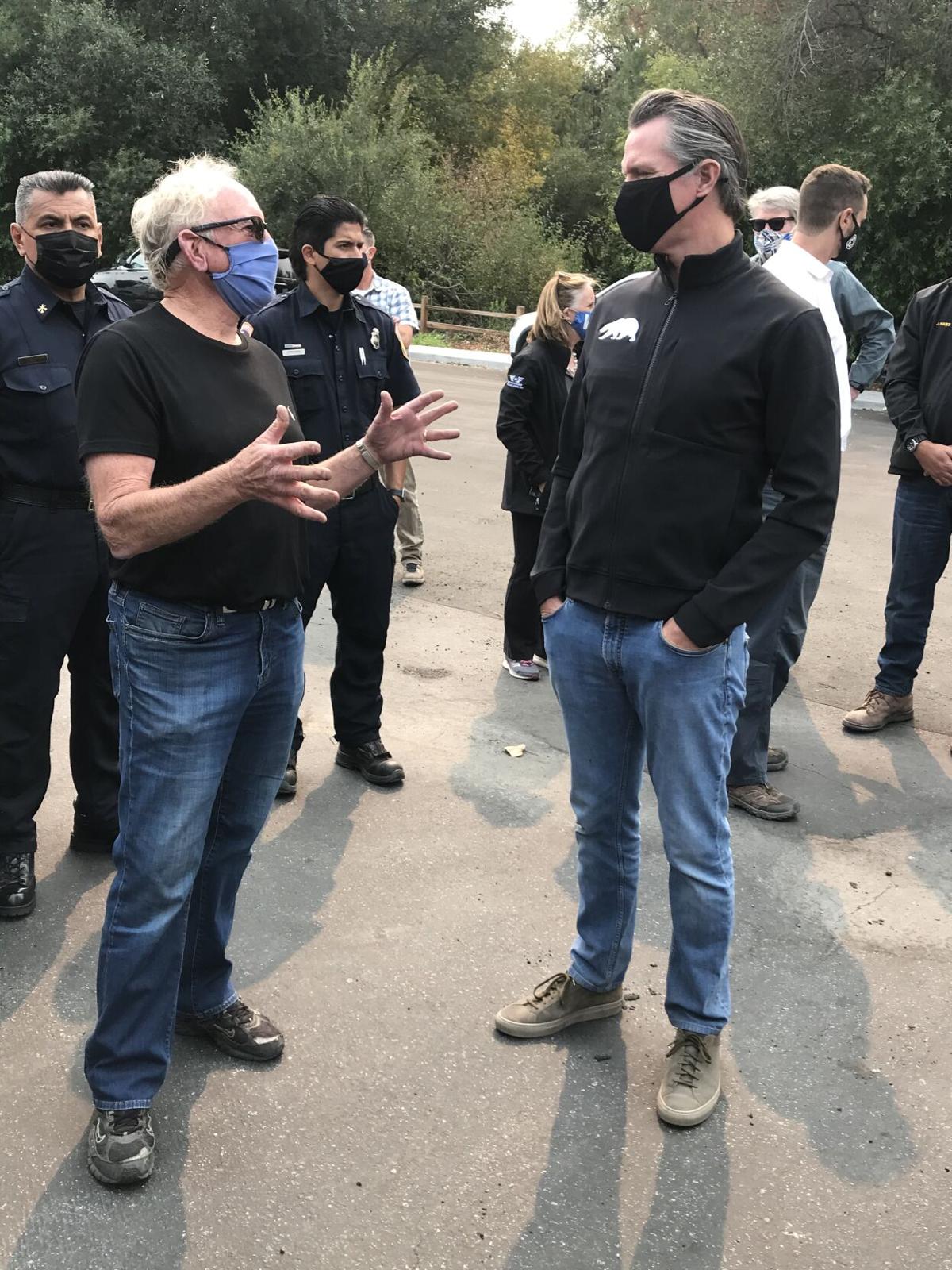 Supervisor Bruce McPherson talks with Gov. Gavin Newsom outside the Felton Fire District before a meeting with elected officials and first responders.

Supervisor Bruce McPherson talks with Gov. Gavin Newsom outside the Felton Fire District before a meeting with elected officials and first responders.

For many years, our primary concern in the heavily forested San Lorenzo Valley and North Coast areas has been the threat of catastrophic wildfire. By bolstering our firefighting agencies, educating our residents, and establishing fire breaks, we have made huge strides in prevention and preparation in recent years –– all of which made an enormous difference on August 16 when the CZU Lightning Complex roared into existence.

Caused by lightning strikes and fueled by wind, 22 fires in northern Santa Cruz County and southern San Mateo County grew into a massive complex that, as of this writing, has consumed 86,000 acres and destroyed at least 925 residences, nearly all of which are in Santa Cruz County. While the loss of property is staggering, by working together we saved thousands of lives. Through the close collaboration of CalFire and the Santa Cruz County Sheriff’s Office, more than 70,000 people were evacuated safely over the course of several days. Meanwhile, our local fire departments, comprised of dedicated volunteers, kept town centers and other areas safe through their swift efforts.

Two weeks into this emergency, containment stands at nearly 50 percent with 7,600 structures remaining under threat. Even as active firefighting continues with more than 2,200 personnel from California and beyond, we have repopulated more than 60,000 residents into areas untouched by the fire and are providing food and shelter to hundreds more. The Federal Emergency Management Agency (FEMA) has received nearly 2,300 applications from Santa Cruz County residents, aided in part by support from the Recovery Resource Center established at the Warriors arena in downtown Santa Cruz.

In many ways, we are now shifting our focus to recovery. Flanked by the national director of FEMA and the California Office of Emergency Services, Governor Gavin Newsom met with elected officials, first responders and others on September 1 at the Felton Fire District to show his long-term commitment to Santa Cruz County. Along with our Congressional representatives, the governor was a critical link in obtaining the federal disaster declaration that has made immediate assistance possible. The County is now awaiting FEMA approval for debris removal and permanent restoration support.

After surveying impacted parts of Ben Lomond, Boulder Creek and Bonny Doon, I can tell you we have a long road ahead to rebuild homes and restore infrastructure. In addition to advocating for rapid and sustained federal and state support, Supervisor Ryan Coonerty and I are working at the local level toward an expedited and affordable rebuilding process for our respective districts. County staff have been directed to provide an initial plan on September 15 for how our various permitting agencies will approach this work.

Meanwhile, the San Lorenzo Valley Water District is working to restore safe drinking water across its service area. While more than 3,000 connections have been placed under a do-not-drink, do-not-boil order, the District is conducting ongoing water-quality sampling in order to ensure customers have safe access as soon as possible. The district is also making plans for replacing seven miles of melted pipe that carried water above ground to steel reservoirs.

Likewise, PG&E is working to restore power to affected areas and repair lines and poles damaged by the fire. The County’s Department of Public Works is removing downed trees and laying the groundwork to repair culverts and replace hundreds of signs and guardrails.

As we ponder next steps and increase repopulation, we anticipate big challenges in the weeks and months to come, including conducting environmental assessments of private property, removing hazardous material and other debris, and sheltering residents – either at their original home sites or elsewhere – as they work to rebuild. And while the fire season is just beginning, creating the need to be ever-vigilant, we also face increased threats of erosion, flooding and slides due to the loss of trees, root structures and other vegetation.

While this fire is unprecedented in our County, we will weather it just as we did the 1989 earthquake and every other major difficulty we’ve faced – by working together. Please visit the County’s recovery website – santacruzcounty.us/firerecovery – for updated information, resources and ways to help. You can also sign up for my newsletter by sending an email to jm.brown@santacruzcounty.us, or contact my office at bruce.mcpherson@santacruzcounty.us or 831-454-2200 with any questions or concerns.