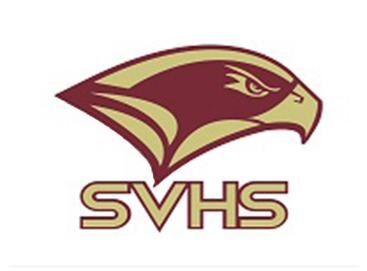 On August 13th, San Lorenzo Valley Unified School District (SLVUSD) began their student orientation.  This school year was set to differ greatly from those before it, as classes would begin virtually due to the COVID-19 pandemic.  However, halfway through orientation a difficult orientation became impossible, due to the CZU August Lightning Complex causing mass evacuation of staff and student body.  Laurie Bruton, the SLVUSD Superintendent was horrified by the wildfire, “It’s a horrendous ordeal, just one disaster on top of another disaster.  I feel for the kids, their families, and our staff.  This has been such a difficult time.”

While much of San Lorenzo Valley remains evacuated, due to “power and water issues, not threat of fire,” Superintendent Laurie Bruton plans to begin school on September 8th.  Although none of the school campuses were directly threatened by fire, the community remains unsure on the timeline for full repopulation.  However, as materials can be acquired with an escort and the school year was planned to be virtual, “voluntary preparation” will begin next week.  All grades will have virtual and voluntary activities, parent conferences will begin, and materials will be distributed for the school year.  Bruton explained the preparation’s purpose, “We’re reaching out to all our kids to say ‘You’re ours, we care about you, and we’re going to keep you close.  We love you and we’re here for you.  Don’t worry.’

San Lorenzo Valley Unified School District will officially begin the school year on September 14th, which means all staff and students must have access to laptops and internet within the next two weeks. While that seems like quite the feat, with many families still evacuated and others that have lost their homes, Bruton is confident about the deadline.  “We already had a one to one device program in place, starting back in March.  Every student had a laptop from 5th grade through 12th.  Now we just need to finish redistributing those electronic supplies.”

Despite the school year’s late start, the Superintendent hopes to give her students and staff the summer they would have had before the wildfires.  “We’re sending the state a waiver that would allow us to not makeup instructional days, in the case of a disaster.  Santa Cruz County has become a state disaster area, so those instructional days will most likely be waived.  However, we haven’t had access to our district’s offices, so we haven’t been able to submit the waiver yet.”

Scotts Valley Unified School District (SVUSD) also plans on submitting a “J-13A waiver,” according to the Superintendent Tanya Krause.  While the fires’ impact in Scotts Valley was lesser, they also had to postpone the school year for two weeks.  Krause further explained the state of the school district, “We’re not Pacific, Bonny Dune, or SLV, but we did completely evacuate for a week. That significantly impacted our students and employees.  We were supposed to start on August 24th, initially delayed it a week, and then decided to delay another week.  We wanted to give our staff a moment to return, unpack, and really prepare to focus on the school year.  If we started too early, it would be an even more challenging start with full remote instruction.”

Although the Scotts Valley School District faces far less impact from the fires than San Lorenzo, Assistant Superintendent Michelle Stewart still greatly worries about the effects of virtual learning on her students.  “With these fires and COVID, our students are more vulnerable than ever before.  When they’re in class you can tell who’s participating and who’s struggling, but online you can’t tell.”  Krause offered parent-led solutions for Stewart’s fears, “It’s more important now than ever to talk to your kids, check in and connect with them, not just about school work, but in general…  If you [a parent] are concerned about your child, please reach out to us, because we have trained professionals that can offer assistance.  When we see kids in a classroom we can identify the kids that need more help.  But we can’t see it in this way.  So we need the parents to partner with us so we can help support their child.”  Krause also proposed for parents to “encourage home projects, that engage a student’s mind off screen. Virtual learning will make kids indoors and online all day.  We don’t want to promote that.”

Superintendent Bruton also had advice for parents.  “Many parents are stressed about the quality of their child’s virtual education.  As long as we have them in school, we’ll start from wherever they are and bring them forward in their education.  No one expects parents to be teachers.  Online learning is a very imperfect process, and we can all only do the best we can. But your child will learn and find support in these difficult times.”