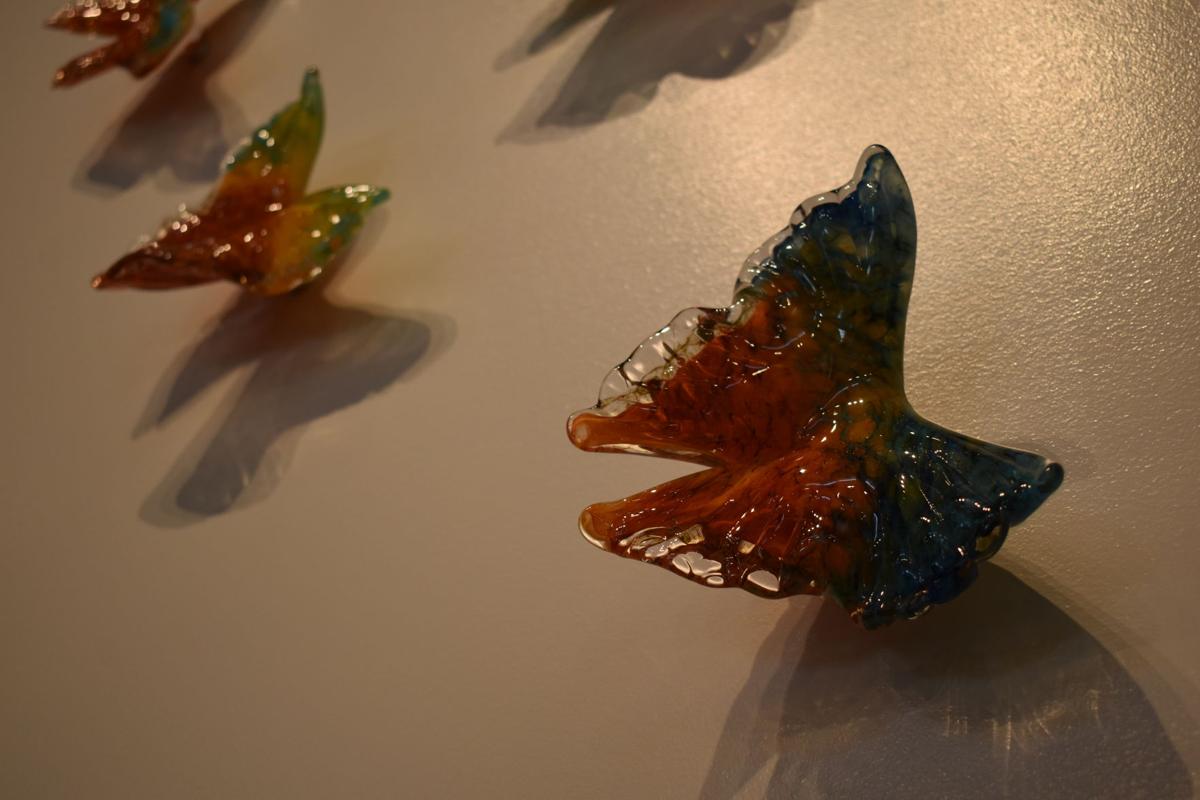 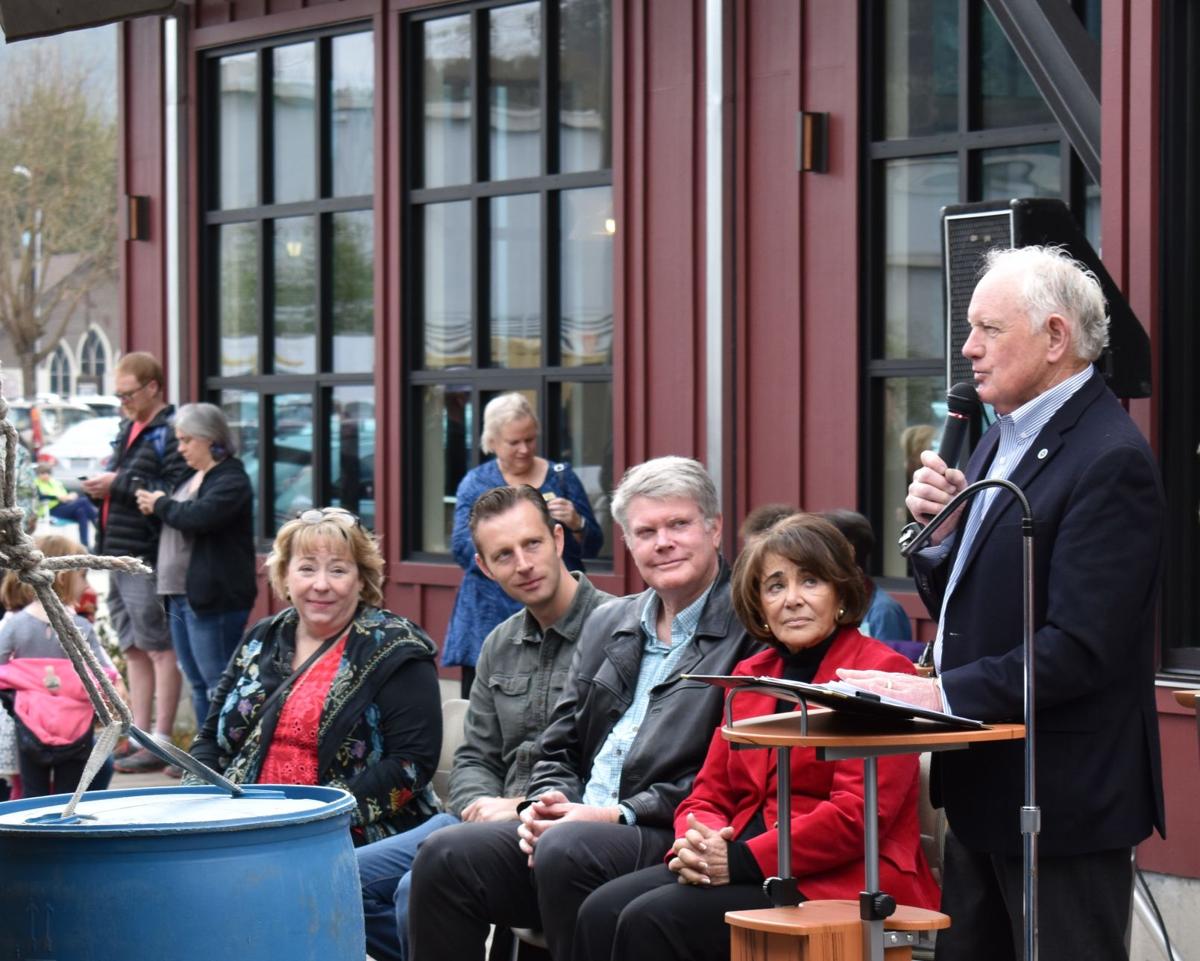 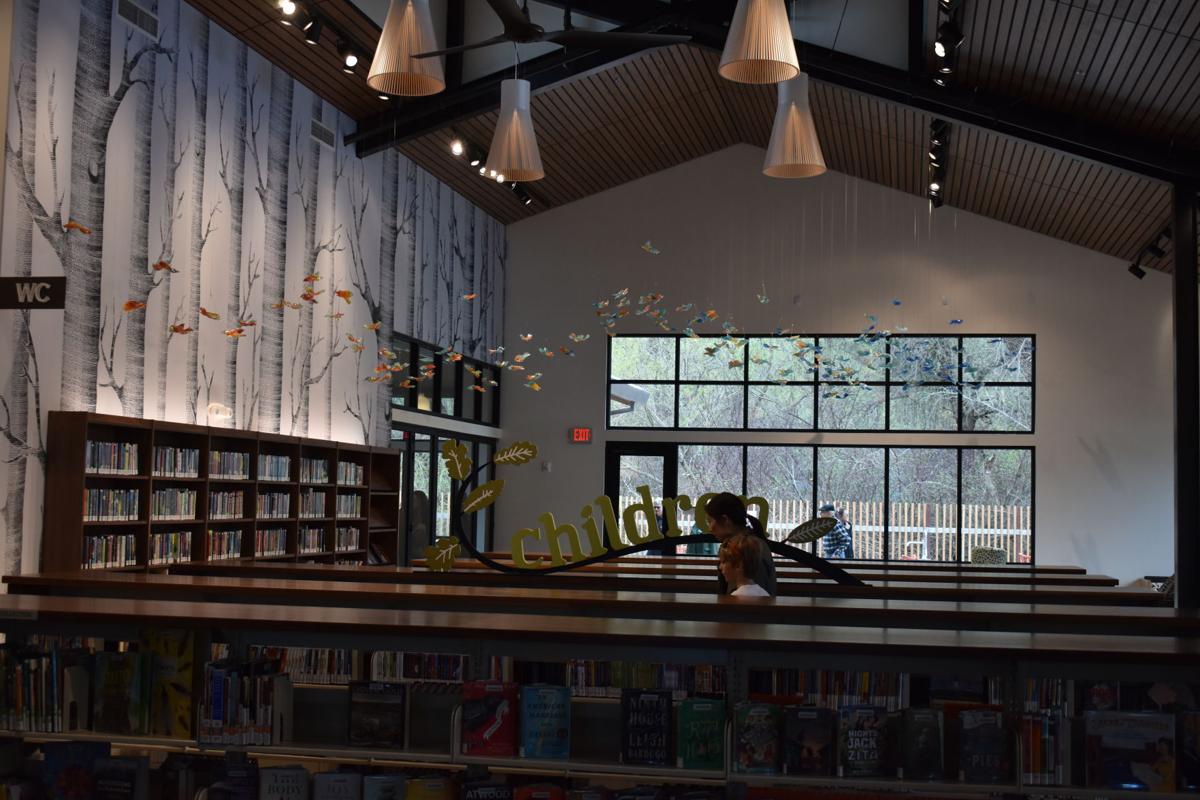 On February 22nd, a dream, decades in the making, came to fruition.  This past Saturday spirits were high for the opening of the Felton Public Library, in a gorgeous, spacious, and thoughtful brick-red masterpiece.   Many Feltonians attended the ribbon cutting, and other notable faces commemorated the event as well.  Bruce McPherson, the Fifth District Supervisor, Anna Eshoo, the 18th District Congresswoman, Mark Stone, an Assemblymember, Michele Mosher, the Felton Library Friend Treasurer, Nancy Gerdt, Felton Library Friend Chair, Susan Nemitz, Santa Cruz Public Library Director, and Teall Messer, the architect, all spoke at the ceremony, praising the library and community behind it.

Bruce McPherson opened with commendations to the community efforts behind the library, “When you love your community and you’re willing to work hard, you can make the impossible come true.  You’ve done that.” He then recalled the library’s fascinating history, from the humble beginnings of a coat closet at the Felton Community Hall in 1942, to 60 years in the Felton Presbyterian Church.  In 2000, the Verdutti family generously donated a plot of land on Gushee Street.  Soon after their donation, the Felton Public Library was expected to close, which caused the forming of the Felton Library Friends in 2005.  Headed by Nancy Gerdt, the group at first focused on protesting the closing. After they succeeded in keeping the branch open, they began to advocate for the improvement of the library.  Due to their efforts, construction began in 2018 on the donated plot and this past Saturday hundreds gathered to celebrate the opening.

All speech makers and attendees were sure to applaud the Felton Library Friends as the heroes of the day.  McPherson summed their efforts well, “The Felton Library Friends fought long and hard to give the community a new landmark, and today we owe them a debt of gratitude.” Anna Eshoo grounded the new facility in a larger context, “Given all that has taken place in our country, we come right back to what happens and what we can do together locally… When communities come together, they make our country stronger… What a gift you have produced with your tenacity, persistence, and vision.” After her speech, she donated a flag that flew over the capital for a group of Girl Scouts to raise.  Mark Stone thanked the community and received thanks as well, since he greatly aided the library by raising a million dollars in funds. He memorably described his motivations, “I have a picture in my office of a very happy and bubbly little girl, with a sign over her head saying, ‘Save Our Library.’ And the look on her face says, ‘Yeah.  You better do this’… Every elected official needs to remember why we do this.”

A chuckle traveled through the crowd when McPherson introduced Gerdt, the Felton Library Friend Chair, “I saw Nancy more than my wife for about three years.” Gerdt began her address with a quote by Meg Wheatley, “There is no power for change greater than a community discovering what it cares about.”   Gerdt elaborated on the Library Friends’ process, “It was always a labor of love, never a job. It was a belief in what we wanted to happen.” Michele Mosher, another vital part of FFL added, “We didn’t know how it was going to happen.  We just knew it was going to happen.” She charmingly reminisced on their “friend-raising and fund-raising events, … This vacant lot was our field of dreams.  No electricity, no water, and an ice-cream social.” Teall Messer discussed his inspiration for the library’s design, “Over a period of ten years I began to understand Felton. When I first started coming up here, I would have a jacket and a tie.  Jack Verutti threatened to cut it off…. I accumulated a little bit of Feltonianess about me [after 20 years] and I think that’s where the library came from.”

Many remarked on the larger impact of the library.  Assemblymember Stone asserted, “Libraries are not monuments to books.  They are communities.  That’s what this branch represents.”   Gerdt was especially excited about the Discovery Park beginning to blossom next to the library.  She proudly shared the theme of the new facility, “Given the challenging times we live in and the work to be done to protect the planet, the theme of environmental literacy gradually emerged as a focus for both the library and the park.” The park will officially open in May, but can be enjoyed now.

Walking into the new library felt just like Susan Nemitz promised it would; “As you enter, you won’t see a basic bureaucratic building, you’ll see a home, a place where all are welcomed and wanted.”  It’s beautifully lit, efficiently spaced, yet cozy.  Eye catching glass butterflies, made by Lea de Wit, flit around the room and redwoods grow on the walls. As a long time library connoisseur, it was a little out of place to hear the commotion of running kids and bag pipes, but I suppose the librarians were too content to enforce ten-inch-whispers on opening day.