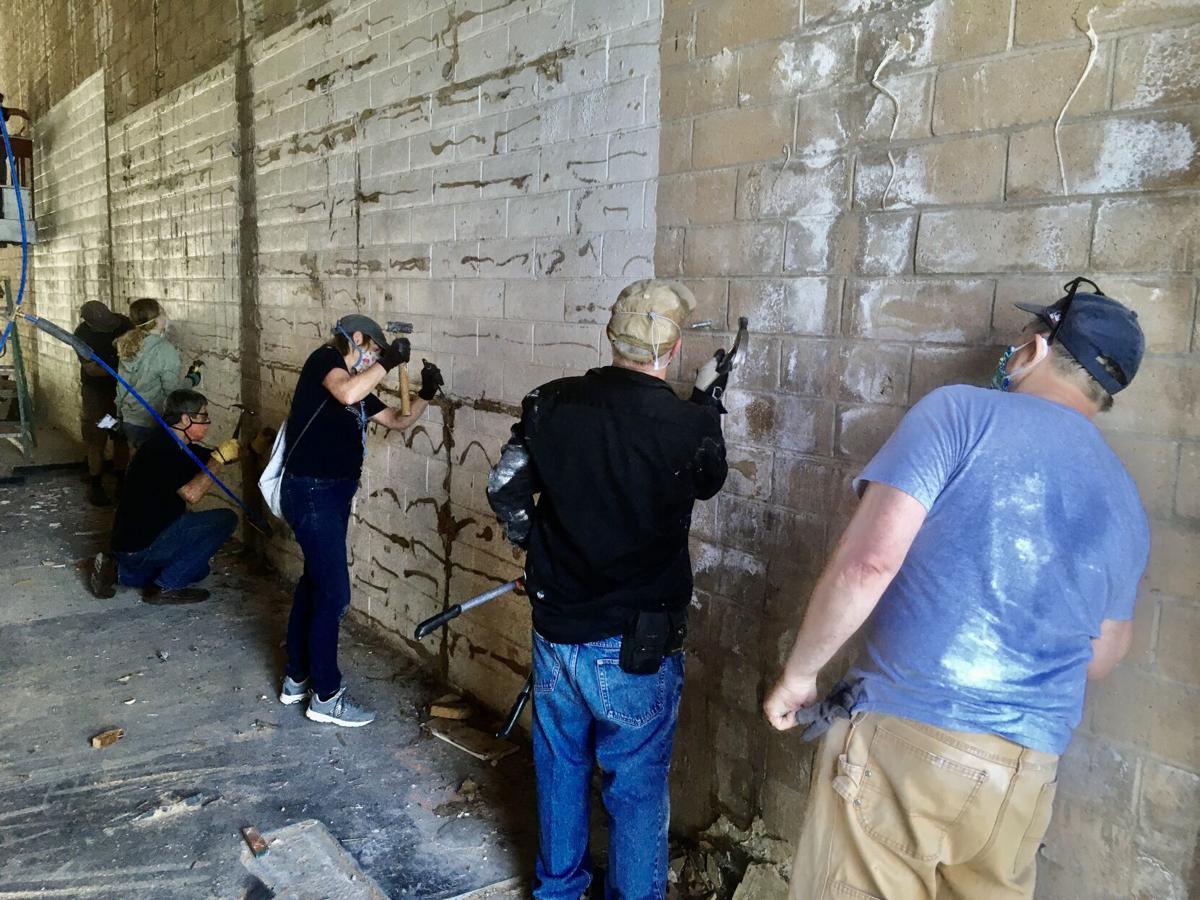 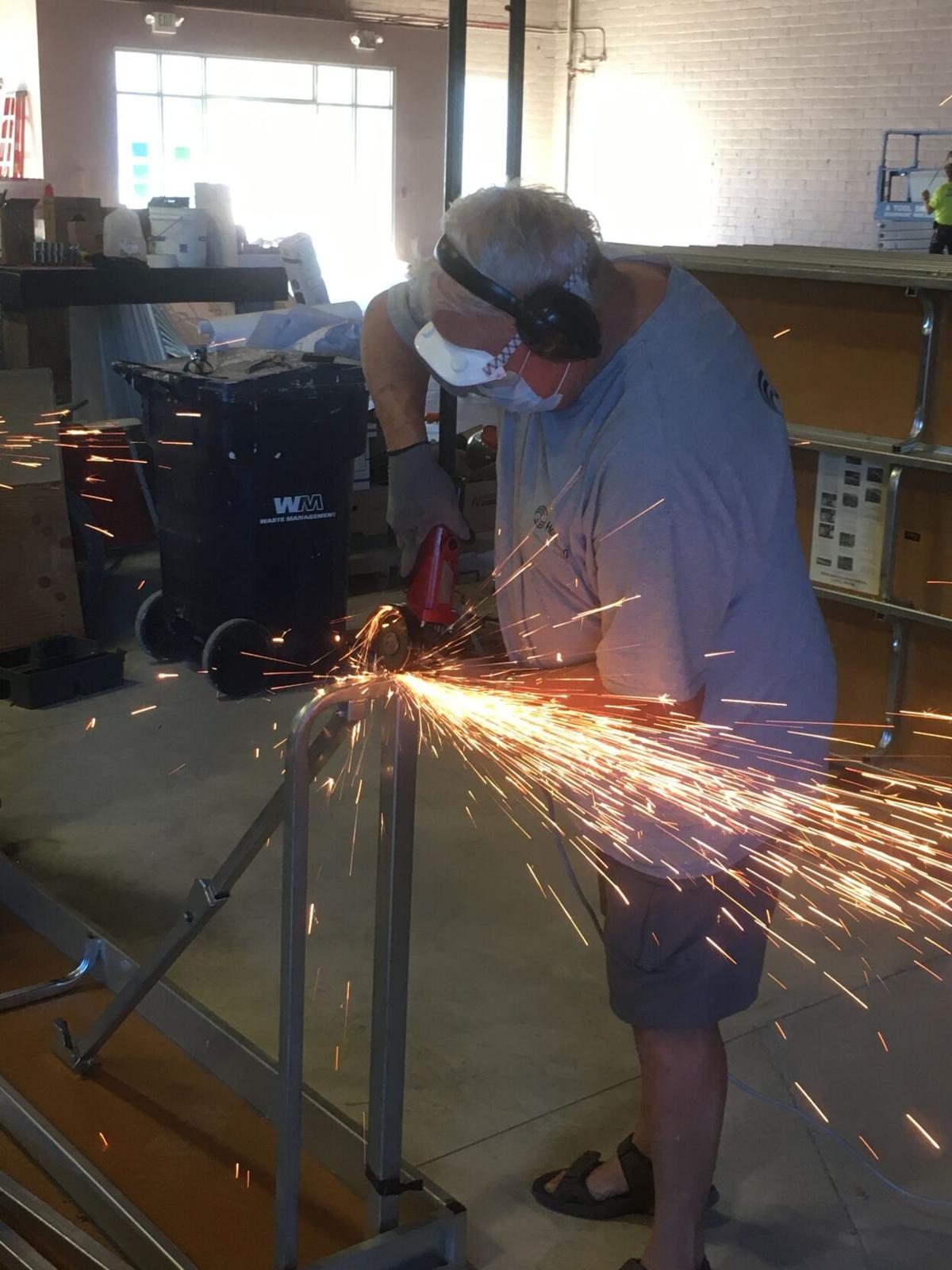 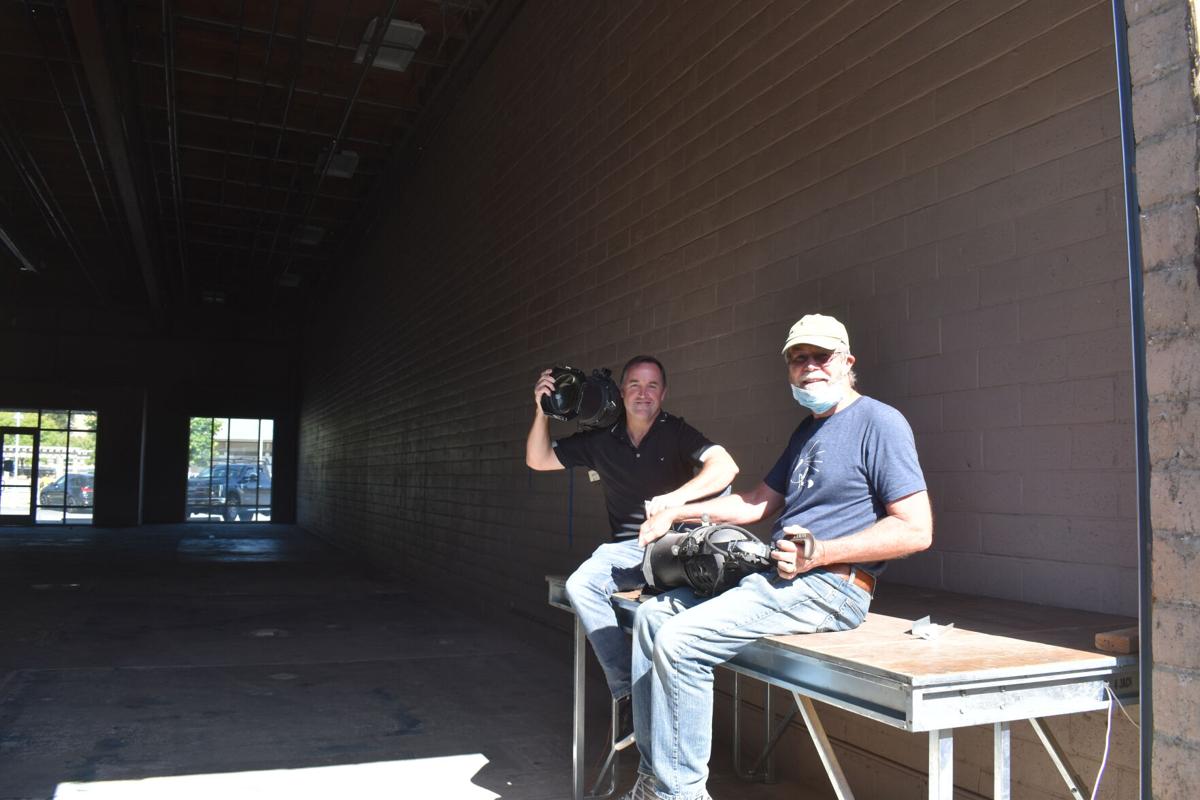 Gorski and Smith take a break on the first stage segment.

Gorski and Smith take a break on the first stage segment.

After years of community discussion and hard work, the Scotts Valley Community Theater Guild (SVCTG) is almost ready to unveil its new Performing Arts Center (PAC)!  Ray Gorski, the Guild Secretary and member in charge of volunteer coordination, estimated more than 50,000 hours of volunteer work has made the one-time roller rink into a promising PAC.  Sharing the building with the Scotts Valley Library, the high ceilings, vast concrete floors, and newly painted walls lend great potential to any performance art piece.

Gorski and Larry Smith, SVCTG President, proudly led me through a tour of the new space and their vision for it.  Much like the dreaded reorganizing of the junk drawer, things have gotten a little messy before they can become functional again.  The Guild members walked me through boxes upon boxes of lights and chairs, past stage segments, and temporary manufacturing stations.  Soon enough, it’ll be a huge stage and movable seating, allowing for groups of any size.

To achieve the current state of the building, volunteers and workers have torn down walls, poured concrete, cut thousands upon thousands of metal stage legs, threaded and hung pipes, created brackets, placed barn doors, rewired the electricity, removed nails from walls, and repainted.  “I accept all volunteers.  Retirees, boy scouts, families, high school students… I’ll take them all.” Gorski described the past months’ timeline for the theater, “In February, we signed the lease with the City and they said, ‘Go! Have it open by June.’  March 11th the world shut down.  For two months, we sat around on our hands, and then we got approval to continue forward.”

The SVCTG has been working hard to get the best bang for their buck, not just with volunteers, but also in their search for theater equipment.  Beautiful royal velvet seats were donated by 1440 Multiversity, along with lights, projectors, electric wiring, a movie screen, and other useful equipment.  Kings Paint and Paper donated 40 gallons of paint.  All 3,200 square feet of the portable stage (Gorski piped up, “300,000 dollars’ worth of stage!”) were purchased from Arizona State University (ASU) for 20,000 dollars.  Why the low-price tag? Smith explained, “ASU recycles their stage every 7 years, but it’s still more than fine.” Gorski announced, “In the course of the next two weeks, we’re going to have a stage.” Smith adds, “And not just any stage, we’ll be able to extend and retract it depending on the production.”

Smith alludes to the most unique characteristic of the PAC.  Gorski described it well, “What we’re building is a temporary facility.  We have movable seats and a stage, for a flexible performance space.”  Smith further explained, “Although we describe it as temporary, it’s beautiful and well made.  It’ll be used for so long, the more important part of it being temporary, is that it’s portable and flexible.”

Gorski predicts the whole production will come together about a month from now.  Smith celebrated, “The community has been starving for this theater for so long, now not only is it happening, but tangible things are coming together!  We have seats, a stage, lights, now we just need curtains.”  The SV Library will be able to use part of the space, which will be converted into an atrium. Community organizations will also be able to use the space, with movable curtains the PAC will have several smaller spaces for “Boy Scout troop meetings, piano recitals, you name it!”

Both Smith and Gorski would like to extend their profound thanks to the community, volunteers, donors, and workers that believed in their vision.  We’ll soon have to return the thanks, perhaps at the first community performance.

If you’d like to join Gorski’s group of volunteers, send him an email at RGorski@digitaldynamics.com.  Keep an eye peeled in an upcoming edition for an article on the final PAC revealed!