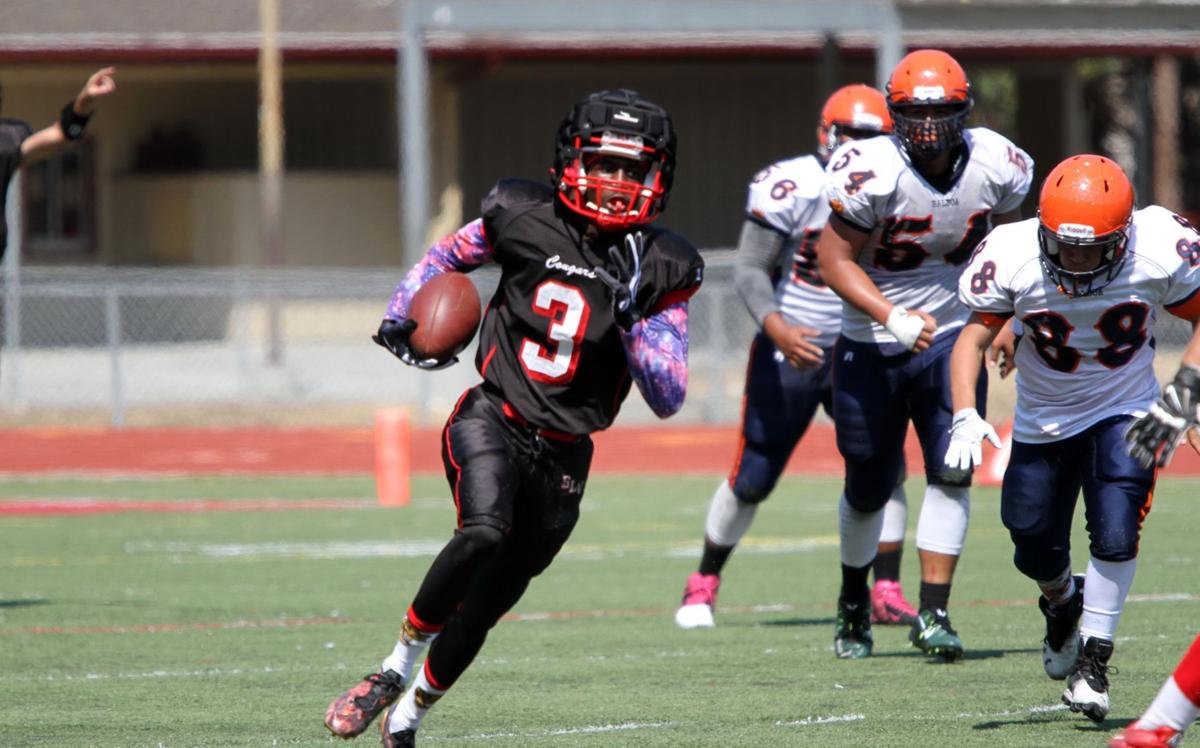 Joe Oard of SLV leaves Balboa defenders in the dust in home opener for the Cougars. 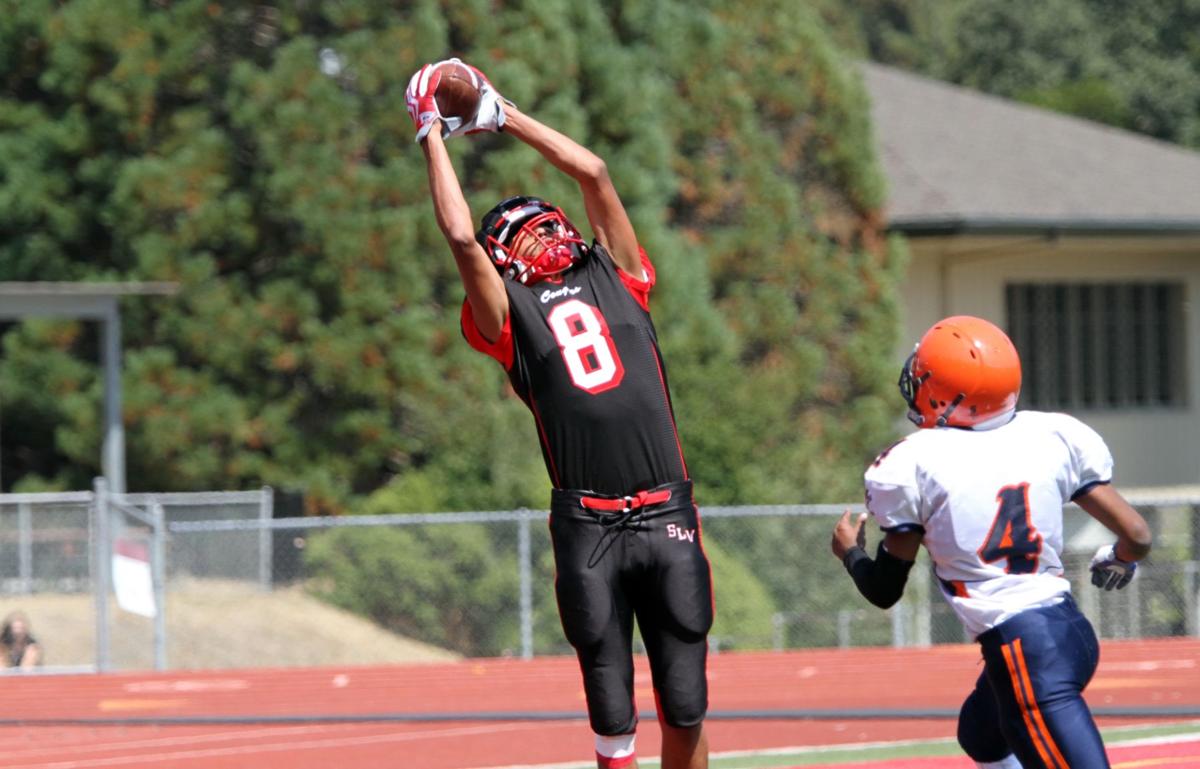 Joe Oard of SLV leaves Balboa defenders in the dust in home opener for the Cougars.

The visiting Balboa High team came to the Santa Cruz mountain field of San Lorenzo Valley off a winning record a year ago in a tough San Francisco prep league.

The Cougars were ready, with most of last year’s team primed for the battle.

As the afternoon game wore on, it was all San Lorenzo Valley, 51-6.

Things got so lopsided, SLV Coach Dave Poetzinger was able to give many of reserves valuable playing time in the second half. The first half ended 44-6 in favor of the home team. The referees instituted a running clock in the fourth quarter.

The veterans were on the field long, enough, however, for Poetzinger to get look at how many are bigger and faster and more talented than last year.

Topping the list was senior wide receiver Joe Oard, a state qualifier in the 400 meters last spring. He  used that speed to get past all defenders, with five catches for 155 yards and three touchdowns: 34 yards, 30 yards and 64 yards, all in just one half of play.

Last year Oard had 20 receptions for 633 yards and seven touchdowns, to lead the county league.

There were more standout performances.

Scott Poetzinger ran for 63 yards and a touchdown on 10 carries. Ben Kanter added 35 yards and two touchdowns on three carries. Junior Collin Manning provided 50 yards on the ground on three attempts, including one 48-yard gain.

Quarterback Tanner Murray, who was a wide receiver last year after playing quarterback as a sophomore, threw for 178 yards and four touchdowns. He completed all six passing attempts, and was 7-for-7 on point-after kicks.

On the other side of the ball, a big experience SLV defensive unit held Balboa to just 72 yards of total offense.

Poetzinger named Oard his Player of the Game.

Player of the Game

Play of the Game