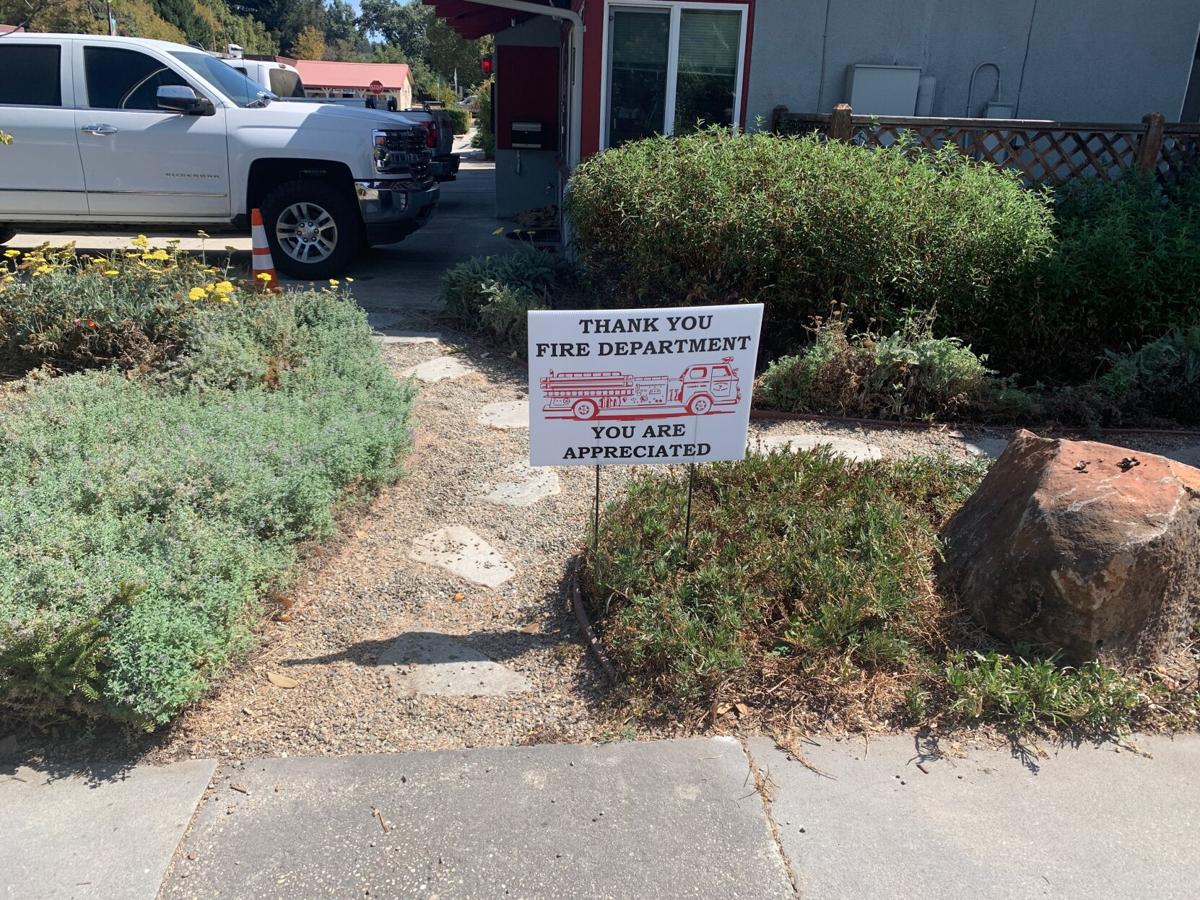 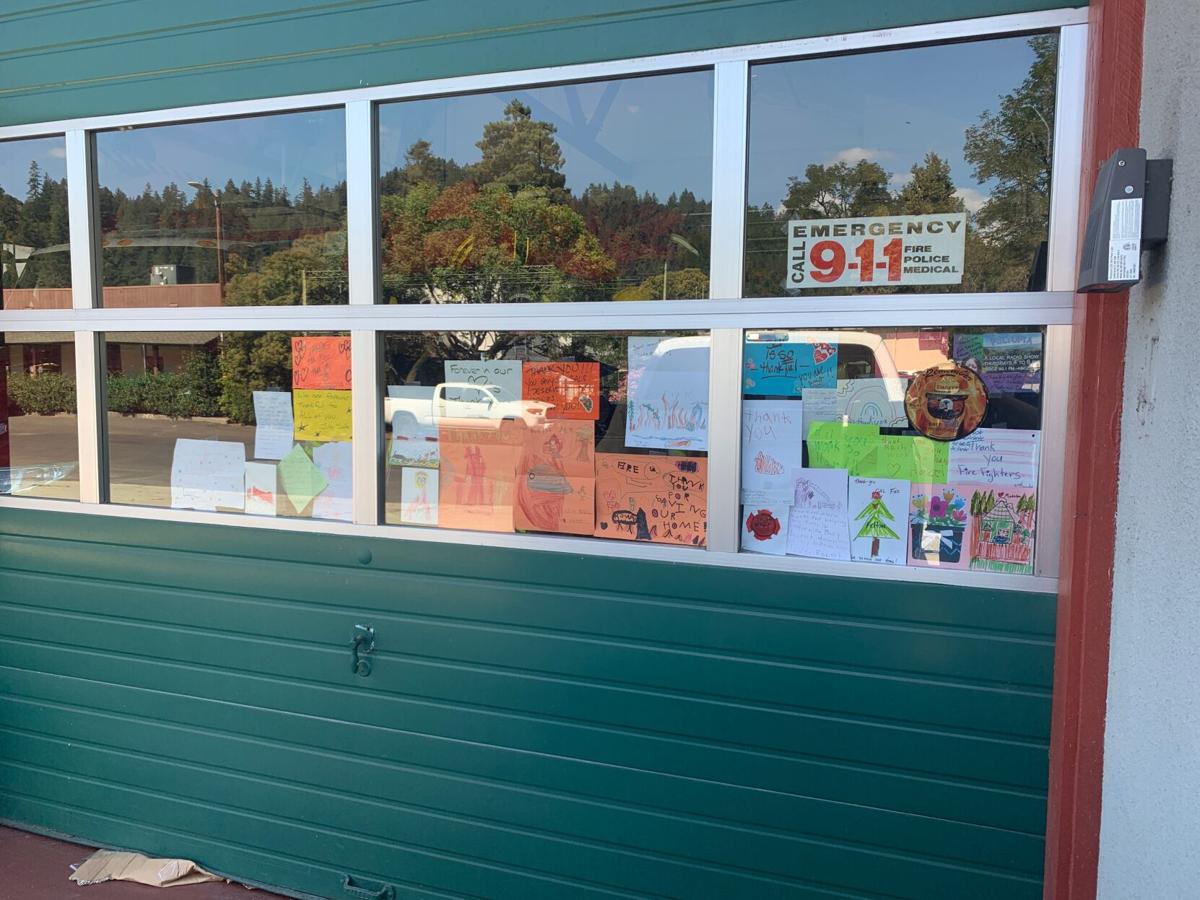 This past week I chatted with a very busy and well informed man, Robert Gray, the Felton Fire Protection District Chief.  While we covered much, Gray’s most important sentiment was advice for our community in the coming months, “Be patient out there.  There’s a lot of people hurting who have lost their homes. The community needs to be kind to each other right now.  That goes a long way for people in the recovery process…. Everyone is hurting in their own way, those that lost their homes, firefighters, those who had to evacuate. The fire fighters aren’t just shrugging off the 1,000 lost homes.  Every home you lose as a fire fighter hurts.  Some fire fighters in pain of losing homes in our community, and their own home.  Even those who haven’t lost their homes, but evacuated, are processing a lot of trauma.  Let’s use patience and kindness in our interactions, because we simply don’t know what someone could be going through.”

Fire Chief Gray is confident the community can follow through on his advice, particularly after the outpour of support fire fighters felt beginning in late August.  From businesses to individuals, Felton Fire “wanted not for anything, if we asked, [the community] would deliver, almost to excess.”  The smile in Gray’s voice was audible as he recalled “a flood of socks, when we needed them.” Wild Roots Market greatly helped the department, as “Mark, from the deli was like a personal chef for two weeks.”

At one point, the Forest Lake’s water tanks were depleted, from neighbors that had left their rooftop sprinklers on.  Gray detailed the potential danger, “Without power for the wells, the tanks had no way to refill.” Within the day, the department received more than 30 responses to their request for a generator and “we were able to refill the tanks before the fire got anywhere close.  Working with Cal Fire, the community, and the Fire Protection Districts was a great display of teamwork.  Those kinds of interactions really gave me the strength to keep going

On top of community generosity, the fire department has been greatly empowered by the love and thanks of Felton.  “We don’t normally get to show off our intense mindset, which is a good thing.  But when we do, it’s very much appreciated… Our walls are covered with little notes.  That’s where I felt the most support.  It’s almost like a sports team with fans out there cheering you on.  I can’t put words to how much strength it gave me and the team.  Many ask what they can do to say thanks.  We appreciate just that, ‘Thank you.’” Gray added one last way the community can help, “Defensible space is important and the community has taken more of an interest in it.  They need to continue to do so, whether basic vegetation clearance, cleaning your gutters and putting gutter guards on, to replacing windows.”

Despite Gray’s claim of being “disconnected from the world for the past three weeks,” he had much knowledge to share on the CZU Lightning Fire Complex.  “The only thing that’s mattered has been the fire.  The team’s level of involvement and focus was on a whole new level.  I had to bring people in to deal with logistics, clerical, administration.  For days, all I did was make decisions, I was too busy to put pen to paper or send an email, so others did that for me.”  Throughout the fire, Gray managed a team of 25 volunteer fire fighters and 6 administrative staff members.  Gray attributes the department’s success to his volunteers, “All volunteer is a lot to ask for.  They needed to be here and they were 100% committed. We even had volunteers from 20 years ago showing up to help. There were a lot of houses we lost, but we would’ve lost a lot more if we didn’t have the dedicated volunteers we did.”

Many in our community are still wrapping their heads around the fire, and Gray is among them. “I’m still processing through what happened myself… With these type of events, when they’re going on, you disconnect.  You lead and that’s your only function.  As the incident dies down, this wave crashes on you and you realize the gravity of what you’ve just done. It’s overwhelming, but rewarding to know we did everything we could.”  In his 25 years of experience firefighting in the San Lorenzo Valley, Gray has “never seen fire behavior like that here.”

Reality began to dawn on Gray in the evening of August 18th, “When the lightning storm hit, I thought we’d have a few small fires, but we’d catch them. As that day went on, some of the Valley Fire Chiefs started talking.  That evening, we were notified by Cal Fire that it was time to start discussing evacuations.  That fire, way off in the distance only a while ago, was now on China Grade, in the Valley.  That isn’t my district, but that’s when it got serious.”

After receiving news of China Grade, “Things deteriorated very quickly.  Burnt oak leaves began to fall at the station, and we don’t have any oak nearby.”  Throughout that night and early morning, Gray surveyed the fire from several points, “to figure out where we could place resources efficiently.”  Hearing the reports from Park Rangers, he first headed out to Big Basin, where Gray stopped in his tracks, watching “the fire come over the ridge like a freight train.”  Gray’s horrific eyewitness report doesn’t end there. “Redwoods are supposed to be fire resistant, but you wouldn’t know that from this situation… The tops of redwood trees would explode.  They get hit by such a quick wave of heat, that the moisture in the tree would expand, and it was like someone put dynamite on top of the tree.”

Throughout his survey, Gray’s trepidation grew, “It was dark, rapidly spreading, and there were so many fingers of it.”  Watching flames approach the Bonny Doon Fire Station, early Wednesday morning, Gray had the sudden realization that Felton would be impacted from the fire.  “I needed a long-term plan, to keep everyone staffed up 24 hours a day and prepare for whatever [this fire] will bring to Felton.”

Many unique obstacles made this fire unlike previous ones in Santa Cruz County.  Gray knew accessibility would be a huge struggle, “Getting from Redwood Elementary to Big Basin Park isn’t a quick hop.  But the fire can move as a crow flies and quickly enter a new area.”  Resouces also proved to be a difficulty.  At the fire’s peak, 3,000 firefighters bravely fought the flames.  However, Gray reported that 5,000 personnel would normally attend to a fire this size. Fortunately, according to the Felton Fire Chief, “We were making good usage of the assets we had. 100,000 personnel wouldn’t have made a difference. No matter how many resources you throw at it, you can’t control a fire like that.”

On top of manpower, aircrafts were futile for the first few days of the CZU Lightning Fire Complex.  “We couldn’t get aircraft into the air because the smoke was so thick, and even when we could, the redwood canopy was too thick for retardant loads to make it to the ground.”  When visibility improved, helicopters with water buckets became the best tool, as the water could be lowered past the canopy and released directly on top of the flames.

Due to these limitations, Gray had to facilitate a plan of action that greatly differed from standard protocol.  “In a fire like this, you have to be proactive instead of reactive.  You could just follow it around trying to put it out and accomplishing nothing. You have think of the best point make a stand and stop the spread.  It’s a lot of proactive waiting, patrolling and looking for spot fires. You want to rush out and start spraying the houses in Boulder Creek, but if you do that, no one will be in Felton when the fire gets close.  At the end of the day, you’re not even worrying about putting it out, just about protecting the homes.”

Gray did manage deploy engines up to Boulder Creek and Ben Lomond for support, but maintained most of his volunteers in Felton, crafting hand lines and patrolling for smaller fires. For those out-of-the-know (myself included) Gray described the practice of hand lining, “Hand line is basically extreme gardening, cutting all vegetation in continuous path so fire cannot spread from one side to another.  It’s quite helpful for containing creeping ground fire, which was what impacted Felton.”

Ultimately, with great effort of countless individuals, Gray reported “180 acres of wildland burned within our fire protection boundaries. Mostly in the areas above El Soyo Heights, Fall Creek, and between Felton Empire and the Quarry.  We didn’t lose any structures to my knowledge. We were lucky.”  For now, the Chief is focused on “getting back to normal as much as we can.  With help from Cal Fire we’ll be going out to burning stumps and trees with smoldering embers in them until it rains.”

After processing, Gray summed up his experience with one word, “humbling.  I know that this community is behind me and they depend on me.  It’s a heavy weight to carry, but I felt I was up to the challenge.”