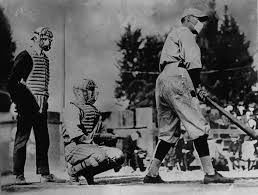 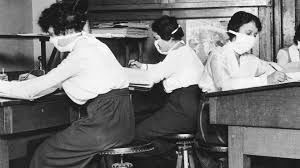 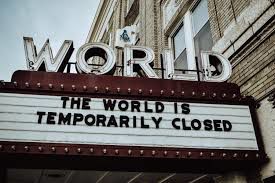 Felton reported its first influenza fatality on November 1 when 36-year-old Frank Biano, whose wife and children had recently arrived from Italy, fell victim.  Dr. Keck, the county physician, paid a visit to the outlying towns of Felton, Ben Lomond, and Davenport, closing down their saloons and poolrooms for the duration of the epidemic.   Despite the precautions, a worker at a Felton lime kiln, aged 29, died a few days later.

Although many believed that influenza was on the wane in Santa Cruz, Dr. Nittler continued to tighten the regulations.  Saloons were required to close on Sundays.  The updated rules included ice cream parlors and soda fountains, but customers were permitted to order by phone and carry away their orders.  The health officer wanted the public to know that, as of November 1, “there has not been a single death in Santa Cruz since the start of the epidemic here directly traceable to the influenza as caught in Santa Cruz.”

The first undeniably local death in Santa Cruz occurred the following day.  The deceased, William H. Morgan, an employee of the Henry Cowell Lime and Cement Company, 49, had spent his entire lifetime in the city.  He was also the younger brother of Dr. F. E. Morgan, who soon exhibited symptoms himself.

Discounting the bad news, many thought the general situation showed signs of improvement.  As the daily average of new cases dropped, Dr. Nittler expressed the hope that schools and movie theaters could soon reopen.

On the 11th day of the 11th month, the population of Santa Cruz celebrated the end of the world war, a crowd of joyous masked citizens assembling in the downtown plaza.  The battle against influenza seemed to be moving toward its conclusion as well.  On the 14th, after listing only six new cases, San Francisco’s board of health permitted the reopening of churches, schools, and “places of amusement.”

Health Officer Nittler called the city’ physicians together, as the newspapers proclaimed that influenza in Santa Cruz was “fast dying out.”  There were only a few new cases—about one a day.  The doctors agreed to reopen the schools and to loosen the restrictions on public gatherings.  Movie theaters, where “there was more liability of masks being removed in the semi-darkness,” would still be closed.  The mask ordinance remained in effect, however.

On Wednesday, the 20th, the authorities declared that “an armistice” in the war against influenza.  “Masks Swished Off at Noon,” cheered The News. “All are Happy.”  “Inside of fifteen minutes there was not a gauze face covering to be seen anywhere on Pacific Avenue.”  Simultaneously, the big Bay Area cities followed suit.  When Oakland revoked its mask ordinance, crowds gathered to make bonfires of their “influenza muzzles.”

Before Thanksgiving, the city council passed a resolution of thanks, complimenting the effective work of the board of health.  Local Protestant congregations united to celebrate the holiday inside the First Methodist Church.

Unfortunately, the joy was short-lived.  Early in December, it became obvious that the epidemic had not ended.  On the 6th, 52 new cases were recorded, a one-day record, raising the city’s total over 400.  Once again, Dr. Nittler issued orders to close the theaters, schools, saloons, and billiard parlors and convinced the city council to reinstate the mask ordinance.

Relieved of wartime concerns, the local Red Cross played an active role in the renewed fight.  The Unitarian Church agreed to host a special influenza hospital in Hackley Hall, which housed its auditorium.  The large, airy, and well-heated building offered ideal conditions for isolating severe cases.  Registered nurses were recruited to care for patients, assisted by volunteers, including “qualified housewives,” who took charge of cooking chores.

News from around the world confirmed the fact that fresh outbreaks of the disease were common.  San Francisco authorities delayed restoring their mask rules until the middle of January, when several hundred new deaths convinced them to act.  San Jose continued to be a hot spot, with an unusually high number of fatalities due to pneumonia.  One death there proved particularly upsetting to local sports fans.  Santa Cruz native Frank Arellanes, who had enjoyed a successful career as a pitcher, including a two-year stint with the Boston Red Sox, lingered for nearly two weeks before losing his battle with pneumonia.  He was 32 years old.

Renewed vigilance produced results.  Although over a hundred infections were reported in the first weeks of the month, the daily figures gradually improved to low double digits.  Several dozen patients with serious symptoms were housed at Hackley Hall.  The only death reported at the facility happened on the 14th.  Mrs. Nellie Adams, contracted the disease while nursing her two teenage children.  They both recovered, but she did not survive the ravages of double pneumonia.

Once again, the numbers dwindled to single digits.  There were still problematic pockets of infection.  Most of the fishing boats at the municipal pier were idled when a large part of their crews exhibited symptoms of influenza.

The state board of health claimed victory on the 20th, declaring that the crisis was over.  Dr. Nittler continued to move cautiously, selectively reopening public places, but insisting on the continuation of face-covering.  Just before Christmas, the Red Cross hospital closed after discharging its last few patients.

Christmas day brought news of another death, casting doubt on the health officer’s optimistic reports describing the situation as “first class.”  The victim, Cesare Pellegrini, was a prominent member of the Italian-American community, owner of a grocery and liquor store on Front Street.

Two days later, the health officer rescinded his second mask order, for all public places except movie theaters.  “Unconcealed delight was written on many faces,” reported The News, “as the face aprons were snatched off and buried in convenient pockets, there to remain until the “next time,” which we all hope will never come.”  “There is no doubt but what there is a fast-growing sentiment against the obnoxious face covering.”

The local epidemic persisted in the first months of 1919 before fading away.  During January, about 100 cases were reported, but only one fatality ensued.   “This is Indeed a Favored Spot,” editorialized The News.  “The influenza has spread all over the world, and Santa Cruz has not been missed; but it is a fact which official records will attest, that Santa Cruz has escaped with a very mild form of the ailment.”

Finally, after four consecutive February days without new cases, the newspaper let it be known that “there is reason to believe that Senor Influenza Germ has bade us good bye”.