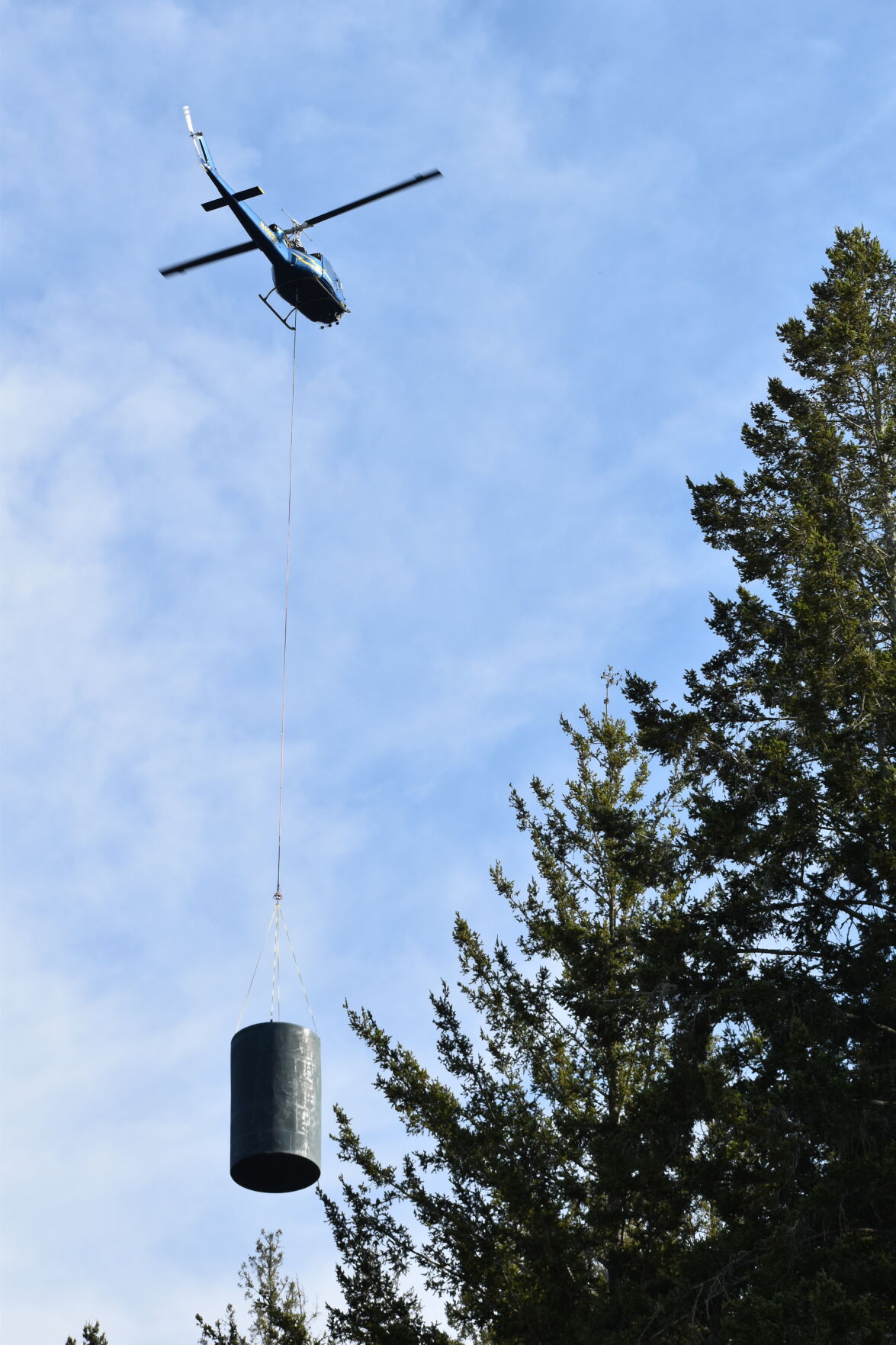 The helicopter lifts 3,300 pounds up to Tabor Drive. 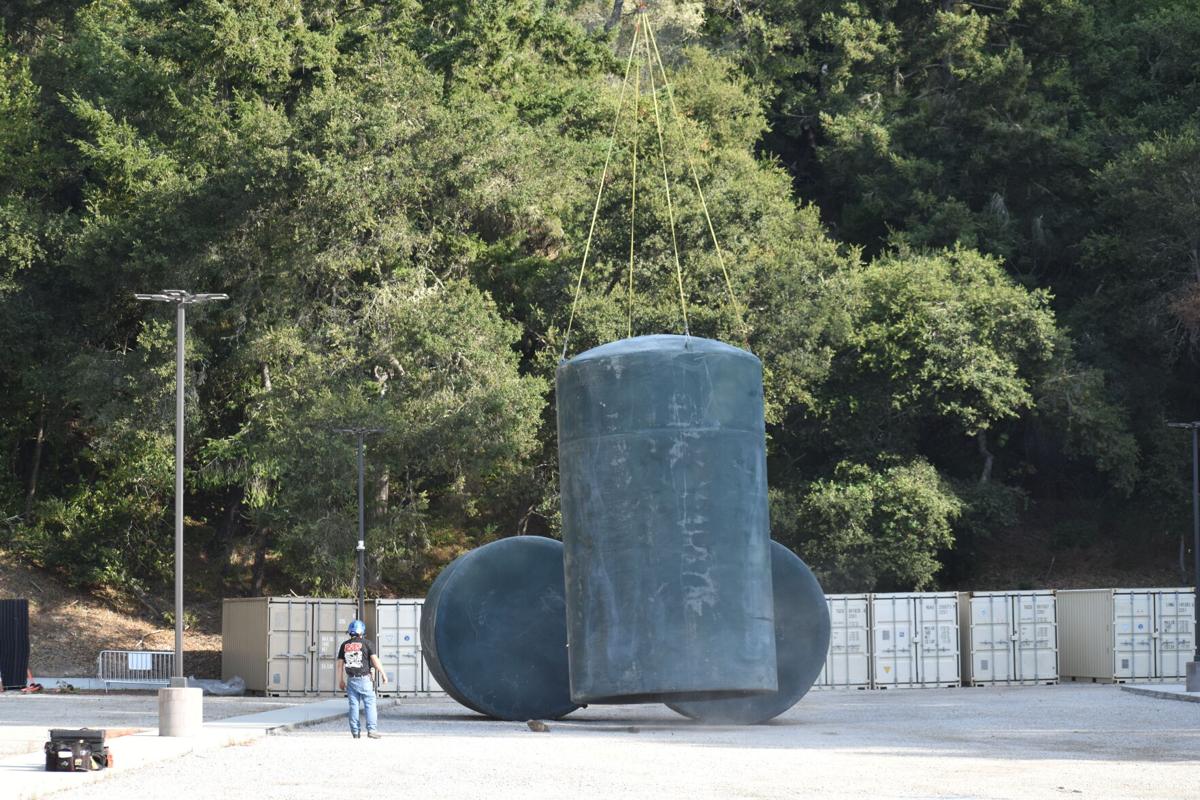 The tank lifts off. 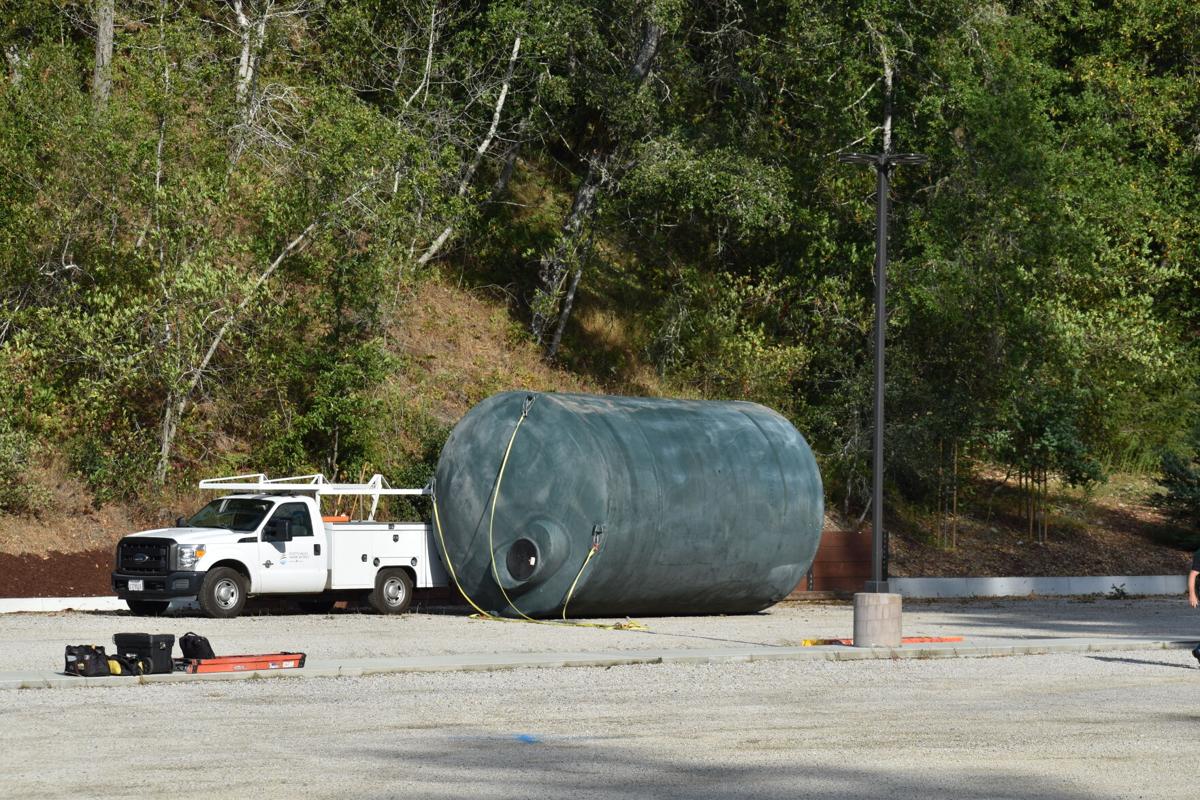 A runaway tank finds rest against the SVWD's truck.

The helicopter lifts 3,300 pounds up to Tabor Drive.

The tank lifts off.

A runaway tank finds rest against the SVWD's truck.

This past week, our valleys were the site of many aeronautical displays, mostly from attempts to contain wildfires.  However, not all aerial activities were driven through fire procedures.   In the early hours of August 17th, Scotts Valley residents may have witnessed the Water District’s newest project. According to David McNair, the Operations Manager, SVWD has been planning to renovate the Bethany Water Tank, “since late last year.”  After navigating many COVID concerns, the project has finally come to physical fruition, with a helicopter’s help.

McNair updated me on the project over the hum of helicopter blades, “One of our largest water tanks, the Bethany Tank, was last serviced after the ’89 earthquake.  It’s one of our oldest tanks, from 1964 and it’s come time to maintain it.  However, as a 400,000-gallon tank, so many things are fed from it.  We can’t take it offline for service and use other tanks to cover the area, like we would in other situations.”  Considering these factors, the Water District decided to place four temporary 15,000-gallon tanks at the site to service the area during Bethany tank’s inspection and maintenance.

What at first glance appears to be an easy task, is rapidly complicated by location.  The Bethany Tank site resides at the top of Tabor Lane, a road too small for a single 3,300-pound polyethylene tank on the back of a truck, not to mention the other three tanks.  McNair quickly figured out another solution, “I knew there was a 1440 Multiversity parking lot near the site, large enough for the four tanks.  We had to get creative to figure out how to take them 700 feet up the hillside to the top of Tabor Drive.”

After months of planning, the tanks were, one-by-one, attached to the helicopter and lifted hundreds of feet into the air, above redwoods and other conifers to their new site.  The process went almost perfectly, with a singular, slightly comic exception.  The water tanks were placed on their sides at the beginning of the project, for easier access to attach the cords. As the helicopter lowered, the winds from its blades caused the cylindrical water tanks to roll across the empty lot.  Staff scrambled to stop the runaway tanks, but found their attempts futile.  Ultimately, the tanks were blown to rest at the far ends of the lot and were rolled back into position by staff while the helicopter was farther away.  No other incidents transpired, and the tanks were placed 40 minutes ahead of time.

With the new tanks’ support, the Water District can now inspect Bethany Tank and fix any shortfall the tank may have accumulated in its, almost, 60 years.  McNair expects the inspection process will only take “a few days, but the maintenance may take several months, around 6-8.  We’ll probably need to redo the coating, roof, on top of other minor fixes.  After that, the tank will be ready to go.”  In this heat, I’m sure our valleys are quite glad for all our districts do.