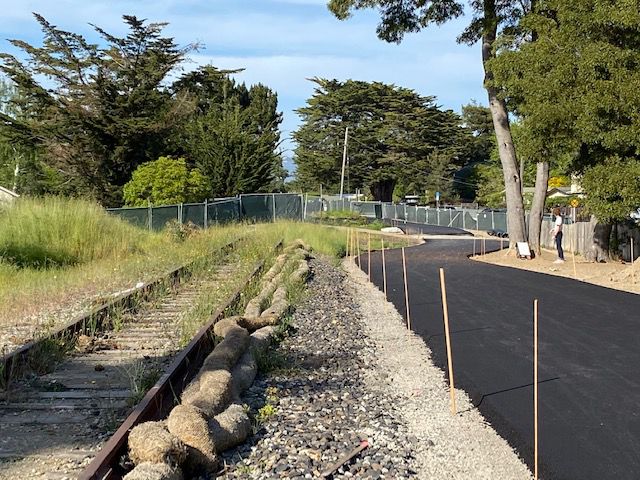 Trail Construction on the Westside 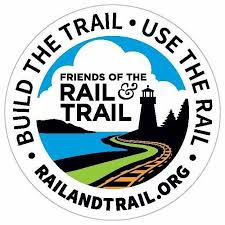 Trail Construction on the Westside

Six months ago, I spoke with Sally Arnold, the Friends of the Rail and Trail Board Chair, about their vision for Santa Cruz County. The non-profit was created in 2002 with the end goal of “a 32-mile rail corridor and pedestrian pathway from Davenport to Watsonville.” Arnold and I caught up this past week, and while FORT’s motivations remain the same, Arnold was excited to share the newest updates on the transportation system.  On June 24th, FORT launched Coast Connect, their newest campaign, with hopes of creating more community support for the Rail and Trail system.

Arnold immediately dove in and explained the need for Coast Connect, “FORT has always been very policy focused and we really excel at that, but it’s so easy for community members to get lost in the details. We realized there was a bell curve of understanding in our community.  We have outliers with strong opinions, but mostly a huge portion of people that don’t know what’s going on with the rail and trail.  How do we reach the middle group and share this excitement with the general public? They’re the ones who will really benefit.” COVID-19 has also thrown a wrench into the wheel of public understanding.  Arnold lamented, “We can’t go to farmer’s markets, fairs, and parades.  We have such a great dedicated team of volunteers that can’t work, so how do we get the news out?”

Like many community members, FORT was in dire need of socialization.  Enter Coast Connect, “FORT’s primary face to the community… As a clear explanation of our broader vision to the community, Coast Connect will be a vital piece of FORT’s comprehensive transportation system throughout the county and beyond.” So far, Coast Connect has attracted quite the list of endorsers, like Justin Cummings, John Leopold, John Laird, Donna Meyers, and Santa Cruz Mountain Brewing.

Much like Coast Connect’s role in FORT, Arnold was eager to move away from the details, and instead passionately addressed the benefits of this future transportation system.  “It’ll improve the economy, environment, and our community’s health, safety, and equity… So many commuters are cut out of jobs and educational opportunities.  Access to easy and safe public transport is the answer to these inequities.” Arnold hopes the new campaign will drum up public support and encourage awareness, “that FORT isn’t just about the Rail and Trail, it’s a unified vision of what could happen, it’s shared, and it belongs to anyone that wants to implement it, whether making neighborhood streets more walkable, improving Metro Bus routes, or getting on a bike.”

On top of the new campaign, Arnold proudly summarized other recent FORT achievements.  “A lot of our work is invisible, it doesn’t look like anything is happening, until it’s almost done.  We’re now beginning to pull things together, the West Side trail between Bay and California will open in the fall, and the neighbors already love it. We’ve finished the design on the Bay to Wharf segment and are applying for funding soon.  A Watsonville segment will also be finished this fall.”  In addition to trail segment construction, Arnold had much to say about the rail as well. “We’re moving towards our own little Promontory Point moment.  The Watsonville City Council just voted unanimously to tell the RTC that they want the rail on the corridor and construction should start in Watsonville first.  The Pajaro Station will link to the rest of the state and the rest of the world.  Commuters will easily travel from Watsonville to Gilroy, Salinas, and Monterey.”  Finally, the RTC is currently conducting a study on 4 different potential vehicles, 2 bus and 2 rail, and will recommend one this fall.

It might be difficult to take in so many wonderful developments! But don’t worry, you can now keep up with and voice your support for FORT’s fast-moving vision at coastconnect.org.