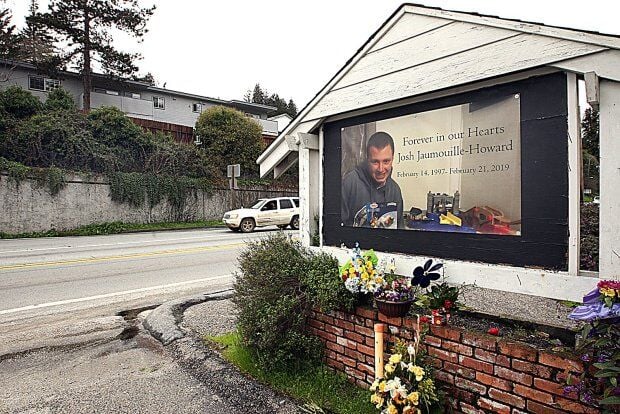 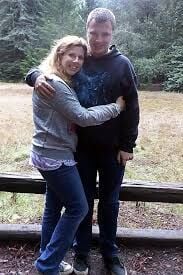 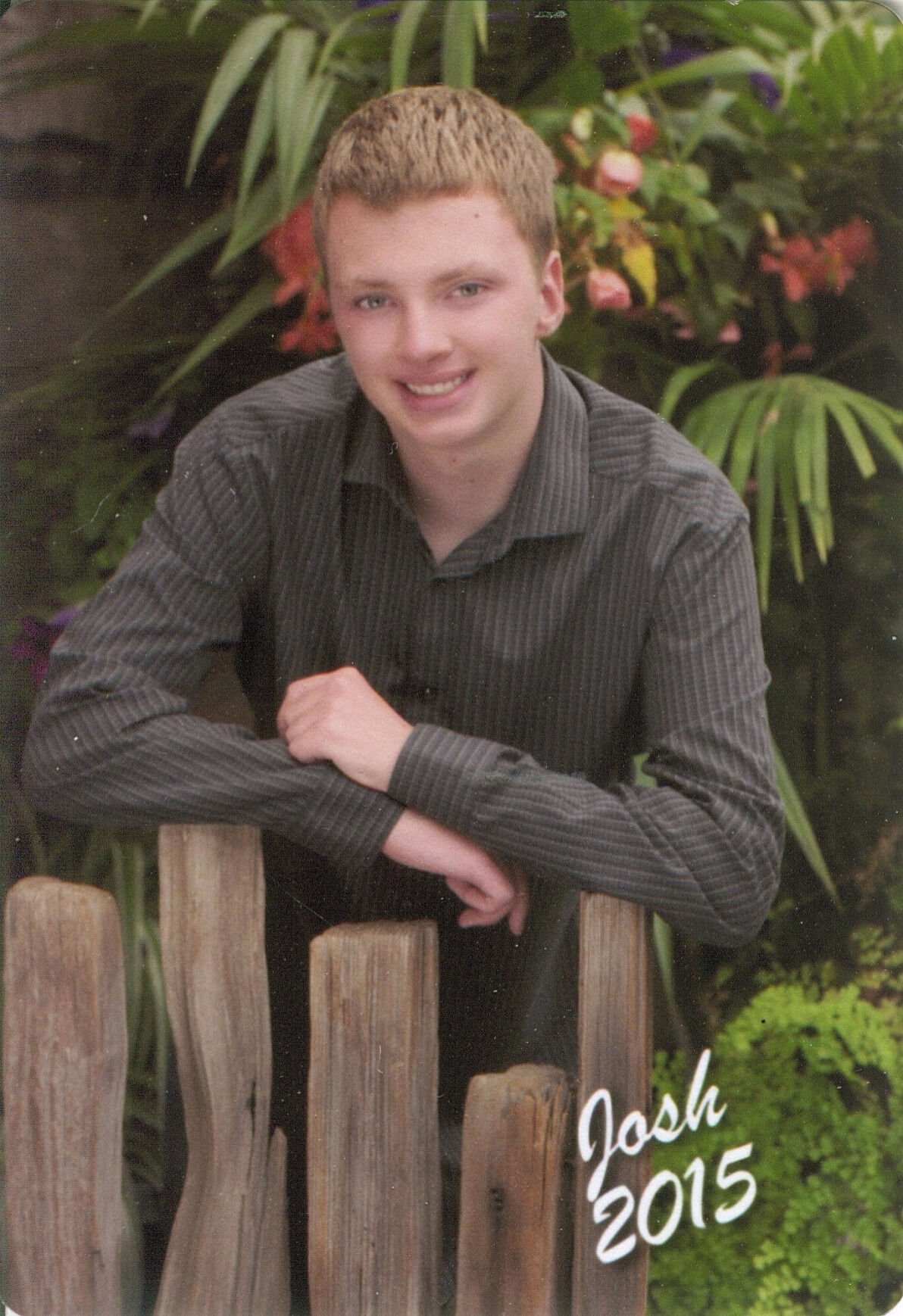 Assistant District Attorney Alex Byers knows a thing or two about the criminal justice system. Byers was a public defender in Kern County office for 6.5 years, beginning in 2002. “I wanted to help people,” Byers told me. When Byers decided to move his family to Santa Cruz, then-District Attorney Bob Lee gave Byers some professional guidance: “You can help far more people as a prosecutor.” Byers took the advice, and he’s been working to apply justice to cases ever since. In 2013, Byers was recognized for his efforts in affecting change; the California Office of Traffic Safety, Mothers Against Drunk Driving, and the Monterey/San Benito/Santa Cruz County AVOID Campaign presented him with an award for prosecuting impaired drivers. The symbolism of that recognition has no doubt loomed large for Byers as he has worked to prosecute Jeremy Shreves, 49, in the death of Felton resident Josh Howard.

When Jeremy Shreves crossed over the white line on Highway 9 in February of 2019, striking and killing Howard as he walked along the roadway, Shreves wasn’t drunk or high or stoned. He was administered a Field Sobriety Test (FST) immediately after the accident, and the determination was that he was sober. Sober? Yes. Responsible for Howard’s death? Yes. As a result, the sentence handed down to Shreves felt breathtakingly insufficient to those who have little interaction with the justice system. “A charge of vehicular manslaughter forces us to look at the conduct of the criminal: the frustration is that Josh is dead, and the sentence is minimal. The underlying factor is that there was no intent to kill, unlike murder. We’re talking about negligent conduct, and it’s defined as disregarding a foreseeable risk,” said Byers. The tough thing about the Howard/Shreves case was determining the level of impairment caused by the use of methamphetamines. “One thing that wasn’t clear in the instance where Josh was struck and killed was that while Shreves had meth in his system, he was not impaired by it. The ability to determine impairment for alcohol comes as a known measurement: with a blood alcohol reading of .08, the jury can presume someone is impaired. Other drugs, like meth, require the presence of the substance with a FST. After the collision, the CHP put him through a FST and determined that Shreves was not impaired.” Byers says there are different levels of negligence: falling asleep, driving impaired, running red lights. With a substance like meth, though, it’s difficult to measure its impact on an individual since there is no quantifiable test to gauge the level of impairment it provides.

Ultimately, Shreves pled to a charge of felony reckless driving causing injury. “The charge will mean that Shreves will get the supervision he needs,” said Byers, and he wants the public to know that the sentence included a multitude of penalties beyond the jail sentence (which Shreves has already completed due to time served and time off for good behavior). “He has to pay restitution, which I think is important. In addition, he is required to undergo a psych evaluation; if it’s determined that he needs counseling or meds, he’ll get them. He’s getting a substance abuse evaluation—might be inpatient or outpatient treatment, depending on his needs. His driver’s license is restricted. He will have to undergo random drug testing, and he may be searched at any time without cause. He has to attend DUI school—it’s essentially an alcohol awareness school.” I comment that all of this seems minimal for an accident that took Josh’s life, and Byers quickly jumps in. “This was not an accident. He was intentionally distracted. We have to assume that drugs and alcohol have consequences beyond their immediate use. You mentioned the “meth-addled brain” in your first article,” says Byers, and he admits there’s something to that. We discuss how discouraged Kelley Howard was with Shreves’ sentence, and Byers is compassionate. “I totally agree with Kelley, but as a lawyer and prosecutor, I’m required to look at the evidence and apply the law that was violated. Shreves pled to a felony and subsequent DUI,” says Byers. That’s the most aggressive charge that could be summoned.

“We knew it was going to be a problem,” said Byers. He’s talking about the passage of Proposition 64—The Control, Regulate, and Tax Adult Use of Marijuana Act. “The proposition passed prior to having tests to determine what an impaired driver looks like,” he said. “We keep passing laws that interfere with victim’s rights, and it’s frustrating. I try to help the victims manage their expectations versus reality.” And the three-strikes law? “Very few people qualify for prosecution under the three-strikes law. The passage of Proposition 47, also known as the Safe Neighborhoods and Schools Act, decriminalized drug possession and use, and reduced drug crimes to misdemeanors. Prop 36 affected the teeth of three-strikes, because the law was way ahead of measuring impairment for marijuana use.” Byers says the hits will keep on coming. “In the fall, California residents will vote on a no-cash bail proposal. Criminals will go steal, and we need to be able to slow them down and get them into the services they need. There’s no balance in California,” Byers laments. “We don’t have all the power in sentencing—there are other parties in the room and other considerations,” said Byers. “We don’t win every time we go to court, but we can shape what can happen.”

Part of the restraints on the process come from the Department of Justice (DOJ). “Drug test results are sent to the DOJ, and they are tremendously backlogged. It takes too much time to get the results, which can impact our ability to charge the defendant. When filing criminal charges, we still need to know all the facts, so with drug DUIs, we don’t necessarily file immediately. I’ve prosecuted the cases for three years, and I’ve been in the business for 20. We want to get the DOJ on the case ASAP, and we have to stay on them to get them to respond in time. The statute of limitations for a misdemeanor is one year; felonies are longer.” But what about the jail credits for good behavior that cut Shreves’ time by half? “Jail credits are the law,” says Byers. “It used to be (those incarcerated) earned fewer credits, but with overcrowding and the change of laws to give (incarcerated individuals) more credits in county jail, the result is more outrageous in terms of prison sentences. We’re releasing 6,000-8,000 criminals early—they’re the type of individuals that benefit from these policies. I’ve talked to family members like Kelley,” Byers continues, “and when I explain the law and consequences, they are shocked. In the last 5-7 years, our laws have continuously changed to undermine victim’s rights.”

So how do we fix this? “Step one: we have to get convictions. Our office has to prove to a jury that the conduct is reflective of the charges. Once we have a conviction, we can begin a discussion about the risk to public safety and victims’ rights in light of the law. The judge and the probation department agreed that the Shreves sentence was appropriate because of the net we’ve created around him. He will be back in court next week so we can make sure he’s doing those things in his sentence. In the court system, it’s frustrating, but we have to work within the system.”

Byers wants to clarify an inaccuracy from last week’s article: Shreves has never been charged with armed robbery. He has one prior felony conviction—a string of commercial burglaries in Santa Cruz in 1995. “He’s what I call a misdemeanant [a person guilty of misdemeanors or misconduct]. The most serious charges are around drugs and theft, and he has a conviction for vandalism. Some people have no restraints on hurting people, but not this guy,” says Byers. “When someone is sentenced, we consider his history, and Shreves has a history of not hurting people. For his probation sentence, he got the maximum time. If he violates probation, he can be sentenced to the balance of the term, which is up to three years.”

And in the meantime? What can we expect? “Well, we hope that [the threat of] jail time will motivate people, and in Shreves’ case, he’ll be motivated to restructure his life so that he’s no longer a danger to society. He expressed remorse in court and at the scene. We always hope people follow directions and get back on their feet—after all, they’re members of our community—but if he gets another DUI, he’ll go to prison. The problem with prison is it just warehouses people; by being on probation, we’ve asked him to do what he needs to do for his own benefit.”

As the Howard family continues to manage the impacts of Josh’s death, Kelley will be appearing on Rosemary Chalmers’ program on KSCO. By giving her grief a voice, her hope is that change may follow for those victims who find themselves at odds with the justice system.