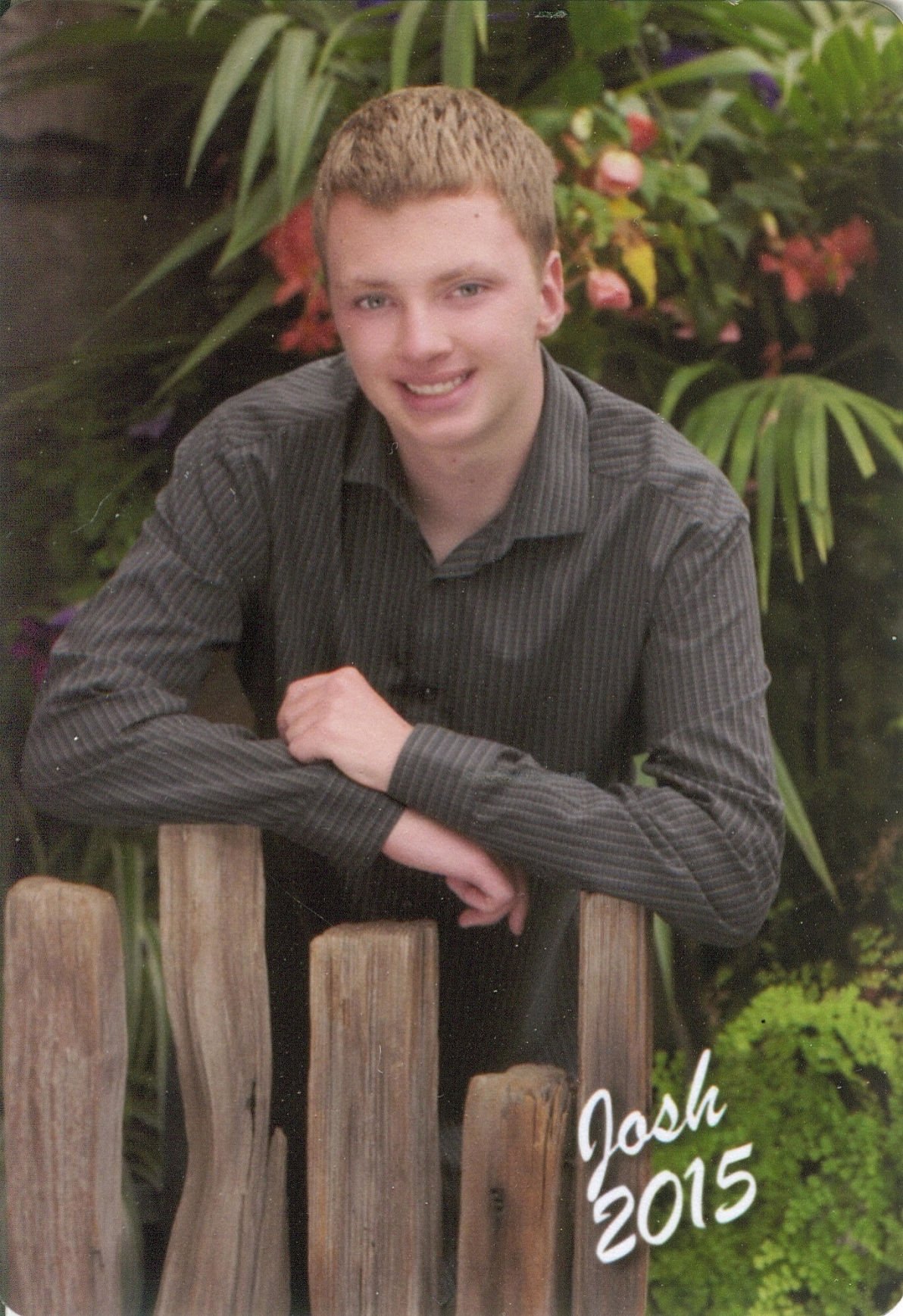 Where Josh was Struck.

Where Josh was Struck.

Josh Howard had a smile people remembered. Whether traversing the halls at San Lorenzo Valley High School, playing with his young sisters or boarding the bus to head to one of his three jobs, Josh had an upbeat attitude and an ear-to-ear grin. It was that smile, his mom Kelley says, that made Josh the light of her life. That smile shines no more, as Josh was killed in 2019.

“I want the individuals of the court to imagine if this had happened to their child—that a local community member with a 20 year history in and out of jail for various criminal offenses drove intoxicated and reckless and killed their child.” (Victim Impact Statement (VIS) excerpt.)

It’s with a grief-wracked voice that Kelley Howard recalls his memorial service, and tells of the many strangers who approached her that day to share memories of Josh’s positive impact on their own lives. She talks about how her young daughters, Charlotte and Lily, remember things like Josh’s favorite color (blue), or how he loved to play board games with Charlotte, and take Lily on walks. “They only have positive memories of him,” Kelley says, “and I’m so grateful for that.”

Gratitude is tough to find when your only son is killed by another human being. Josh Howard was walking along Highway 9 in Felton when a vehicle driven by Jeremy Shreves crossed over the white fog line on the road. The passenger in the car tried to warn Shreves of Howard’s presence on the highway, but Shreves didn’t react as quickly as he should have—a meth-addled brain doesn’t work like a normal brain—and he hit and killed Josh instantly on February 21, 2019, his sister Charlotte’s fifth birthday.

“Think of the absolute horror and despair…the unbearable pain that you cannot escape. Think of how you would feel, the guilt that you were not there next to your child, that they were alone.” (VIS)

In the nearly 17 months since Josh’s death, Kelley has battled depression as she navigates the court and judicial system in the pursuit of justice and understanding. She has joined MADD (Mothers Against Drunk Driving), met with Assembly member Mark Stone and Supervisor Bruce McPherson; she’s spoken with CalTrans personnel about improvements for pedestrians along the Highway 9 corridor and received support from a victim’s advocacy group. In an effort to prevent a similar tragedy, Kelley has found her voice. “There’s not much I can do with the justice system,” she says. “I can’t change anything, but I need to protect other families and prevent anyone else from going through this.”

“Now think how you would feel when you found out just four months after the death of your child this individual was again driving in your community while intoxicated. After knowing this fact, think how difficult it would be to see this individual walking around your neighborhood, free, without a care in the world. (VIS)

On July 6th, Shreves was sentenced to seven months in county jail. Seven months. The District Attorney and public defender had made a deal, Kelley said, and though she knew what the elements of it included, it took her breath away to hear it said out loud. First, though, she read her victim impact statement to the judge.

“Even with continued grief therapy, you will keep reliving this traumatic time in your life. This is my world.” (VIS)

Jeremy Shreves is a known quantity in Santa Cruz County. He has a long county record—he’s been in and out of jail ten times in the last 20 years, and was charged with armed robbery in Santa Cruz about 15 years ago. Before killing Josh, Kelley says Shreves “hadn’t hurt anyone, but was a ticking time bomb.” After Josh’s death, Shreves was still out on the streets pending the results of the toxicology report. Four months later, Shreves got a DUI. “It’s hard to forgive him [for killing Josh] because he made that choice to drive intoxicated after the accident.” The drug results from the February accident came back in December—it took ten months to run his blood panel. Kelley was furious. “The Santa Cruz District Attorney kept checking in with the DOJ. The statute of limitations to prosecute Shreves was one year. The results from the blood panel showed that Shreves had meth in system,” Kelley says. On December 24, 2019, Shreves was picked up on a warrant—he had failed to show up for the second DUI hearing.

“Releasing Jeremy Shreves back into the public allows the opportunity for another parent to lose a child. Jeremy has proven that he will drive on a suspended license while intoxicated even though he already took my child’s life. Where is the justice for Josh and our community? The justice system’s job is to protect. Releasing a habitual criminal so quickly after such a terrible and horrendous crime does not feel like proper justice or more importantly protection for the community. Habitual offenders are very likely to re-offend and I fear for the safety of my two young girls and this community. The system is failing in keeping our community safe.” (VIS)

Shreves has been in jail since last December, charged with misdemeanor manslaughter in Josh Howard’s death. Misdemeanor manslaughter is synonymous with unintentional manslaughter—it’s killing without intent, so the penalty is greatly reduced. In Shreves’ case, his one year sentence was reduced by half. Jails that are prone to overcrowding generally offer time off for good behavior—as a result, Shreves will be released back into the community by the time this edition goes to print. And the kicker? Kelley says that because Shreves served over six months, he’ll have a credit for the next time he gets incarcerated.

“I don’t believe time of sentencing should be shortened for “good behavior.” Not being problematic in jail does not change the fact that Jeremy Shreves’ choice and actions led to a crime that killed my son. How am I to live in my community with seeing him? How would you feel?” (VIS)

Kelley says that if community members have suggestions on how to start to change our laws, she wants to be involved in that. “I don’t know where to start,” Kelley says. “I want to make a change and be a voice that is heard. We hear about jails being overpopulated and that’s not okay—we can’t just let people go free so they have the opportunity to commit more crimes. It shouldn’t take a death for things to change. Even with a death, nothing has changed.” Kelley is quiet for a moment. “I miss him no matter what. I want to tell his story and make a change for the better.”

Next week: Part II, a deeper dive into criminal justice and sentencing guidelines.