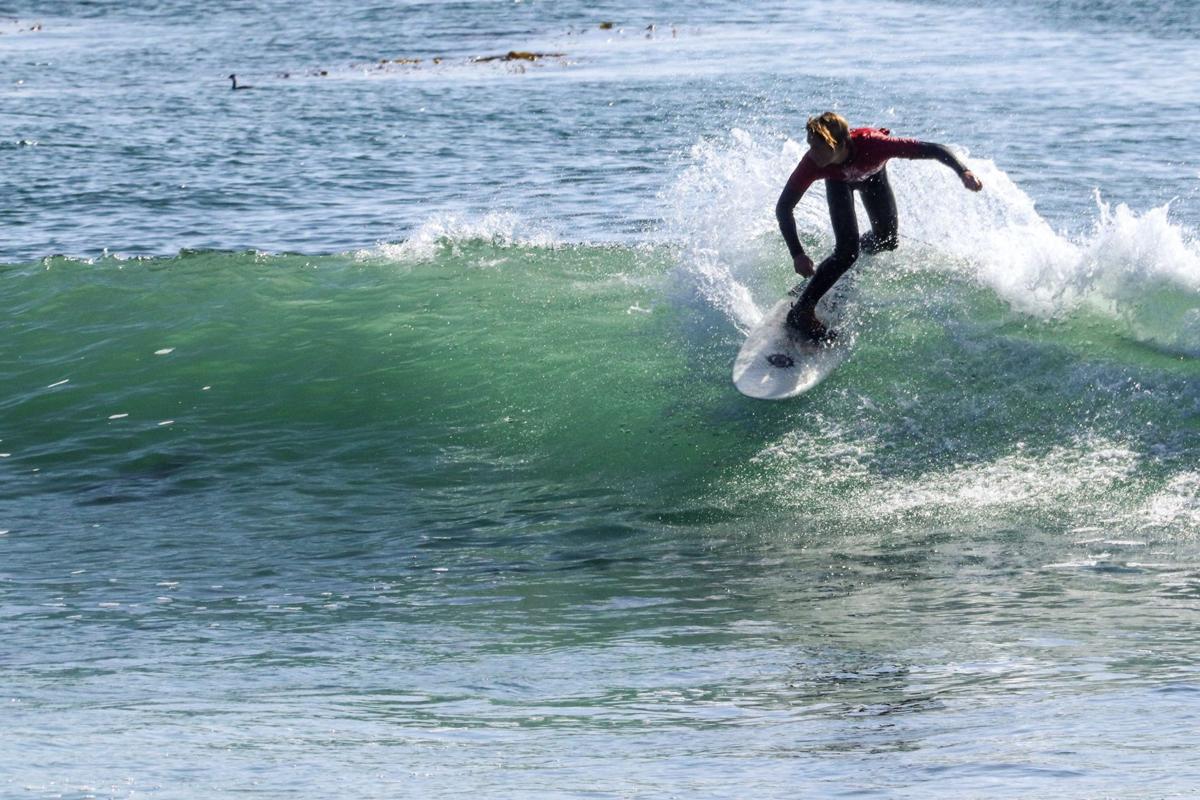 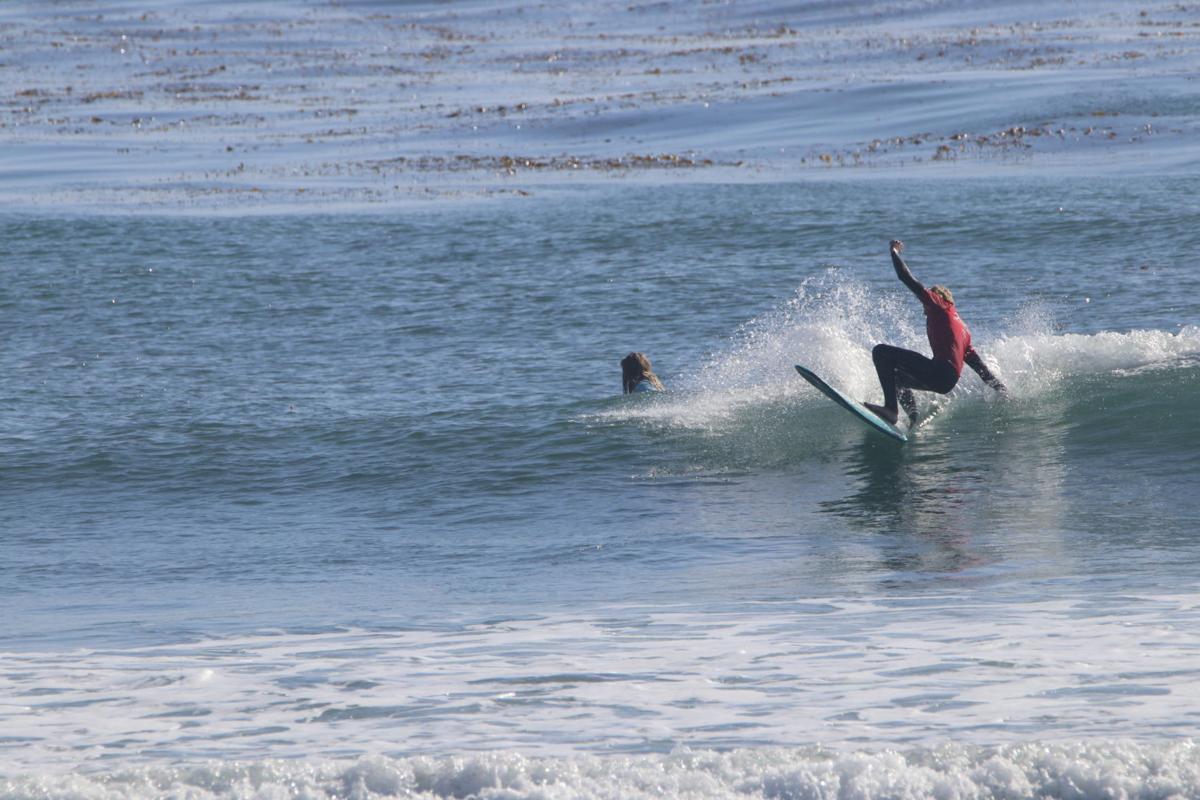 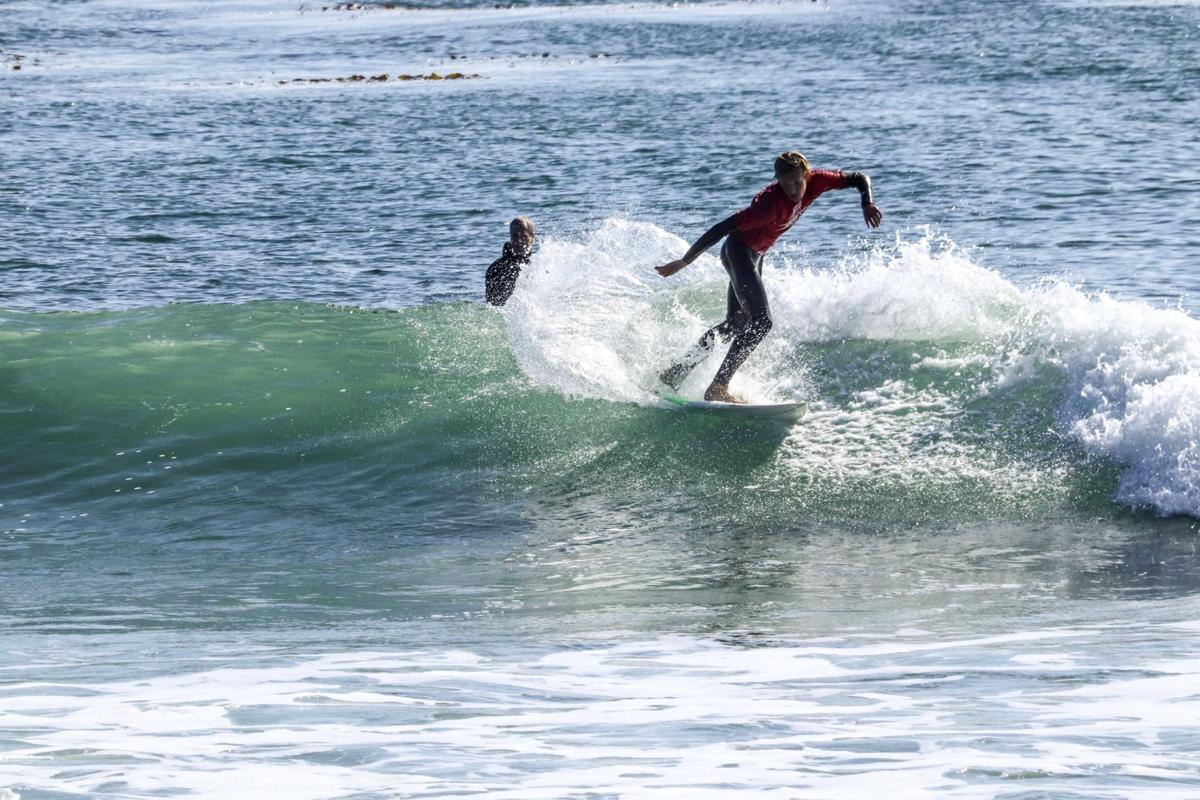 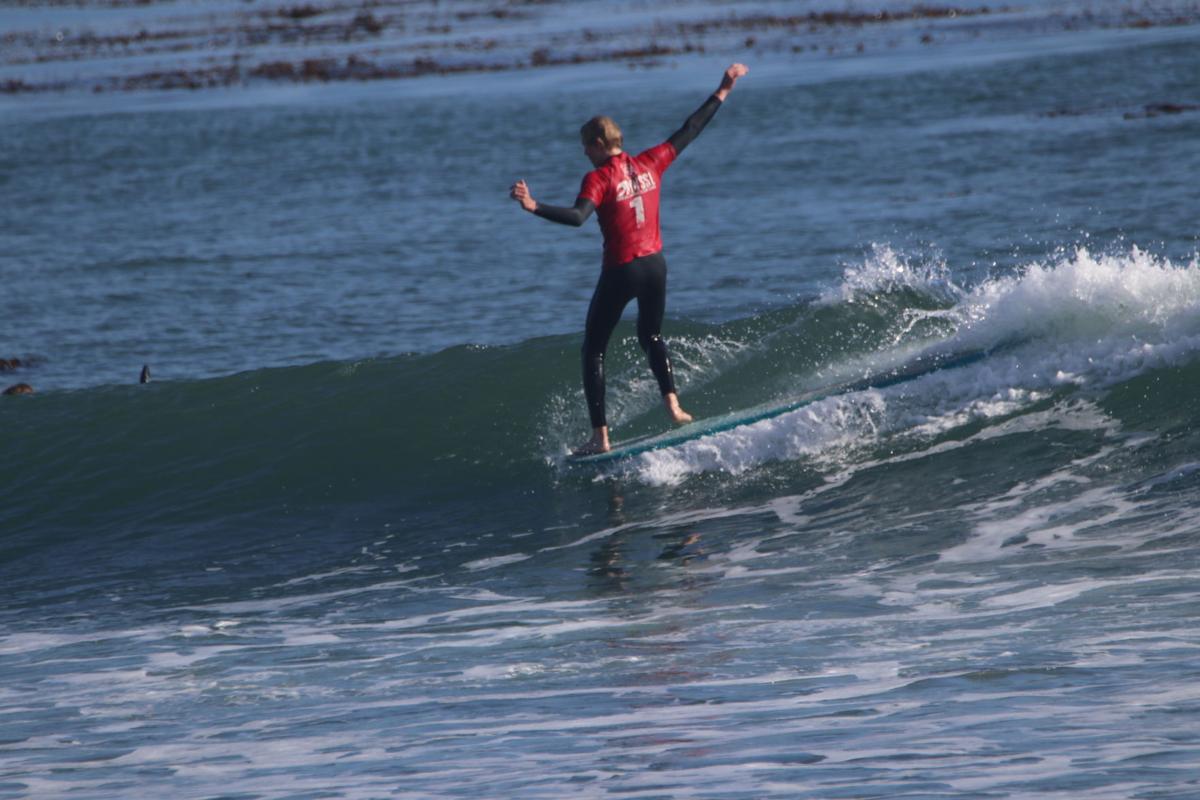 Cade Martin-Hansen on the nose at Pleasure Point. 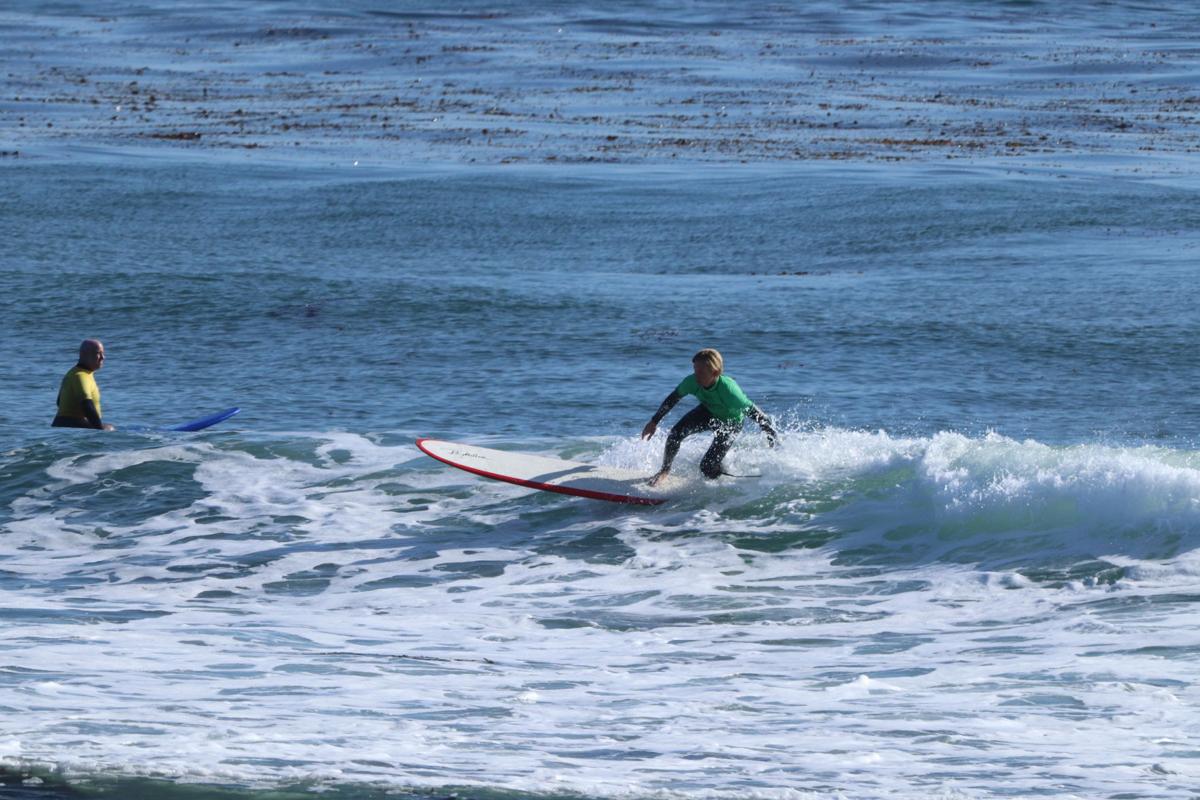 Cade Martin-Hansen on the nose at Pleasure Point.

The Santa Cruz Mountains Surf Team, made up of surfers from San Lorenzo Valley High, Scotts Valley High, and a few schools in Santa Clara County, pulled off a powerful win (60-44) over Aptos High surfers in the fourth contest of the season put on by the Santa Cruz Scholastic Surf League at Pleasure Point on Saturday, February 8. Conditions were challenging with extreme tides and morning fog so dense that early heats had to be delayed several times, but the local surfers made the most of what was on offer.

In Surf League contests, after the morning team competitions, there are heats for all six regional teams’ alternates; the top three finishers of team rounds and alternate rounds go on to quarterfinals or semifinals in individual competition against surfers from the whole region.

Santa Cruz Mountains surfers did well in the alternate rounds with Shelby Monowitz and Sandy Monowitz of SLV High placing second and third respectively in men’s shortboard, advancing to the quarterfinals where Sandy placed fourth and Shelby fifth. Silas Erickson (SVHS) took first place in the alternates heat for men’s longboard, which took him on to the semis, where he placed fourth - just one slot away from making the finals.

In men’s longboard, Cade Martin-Hansen (SLVHS) took second place in the semifinals of individual competition, advancing to the finals where he took fourth place overall.

The next and final Scholastic Surf League contest of the season will be held the weekend of February 22 and 23 at Steamer Lane with the SC Mountains team facing off against Santa Cruz High.