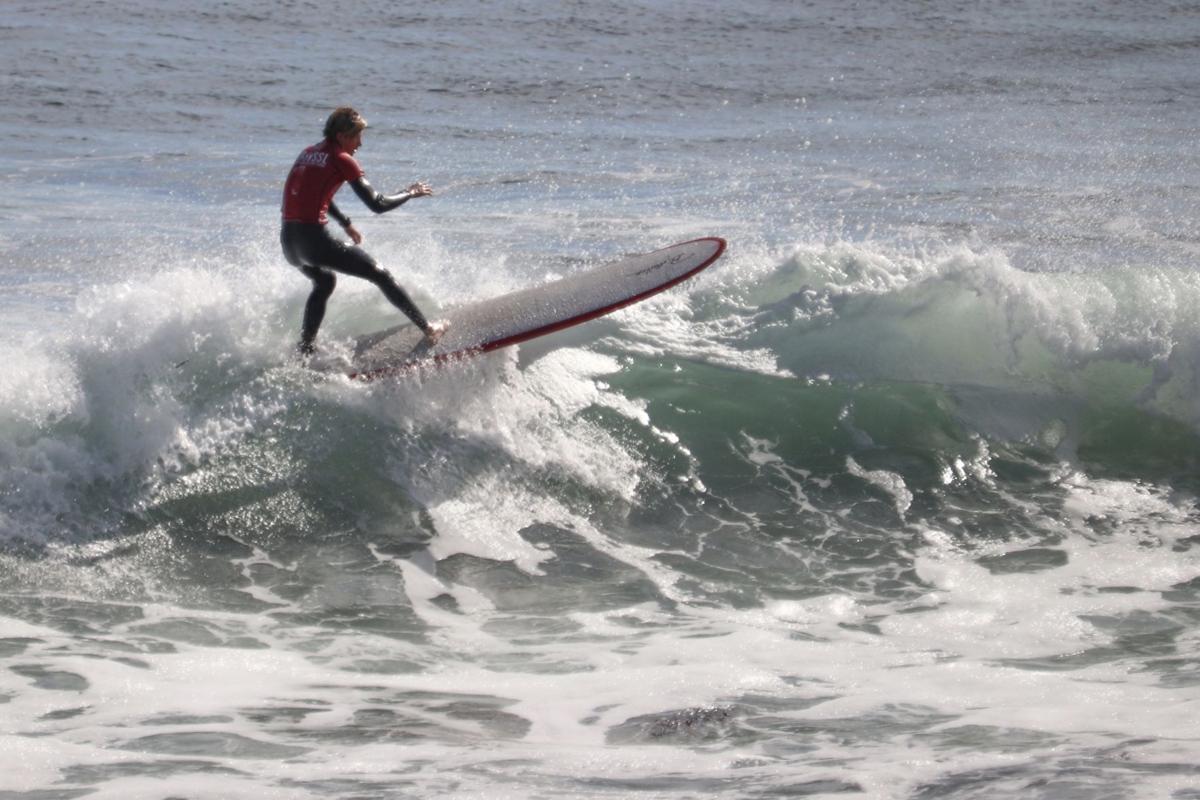 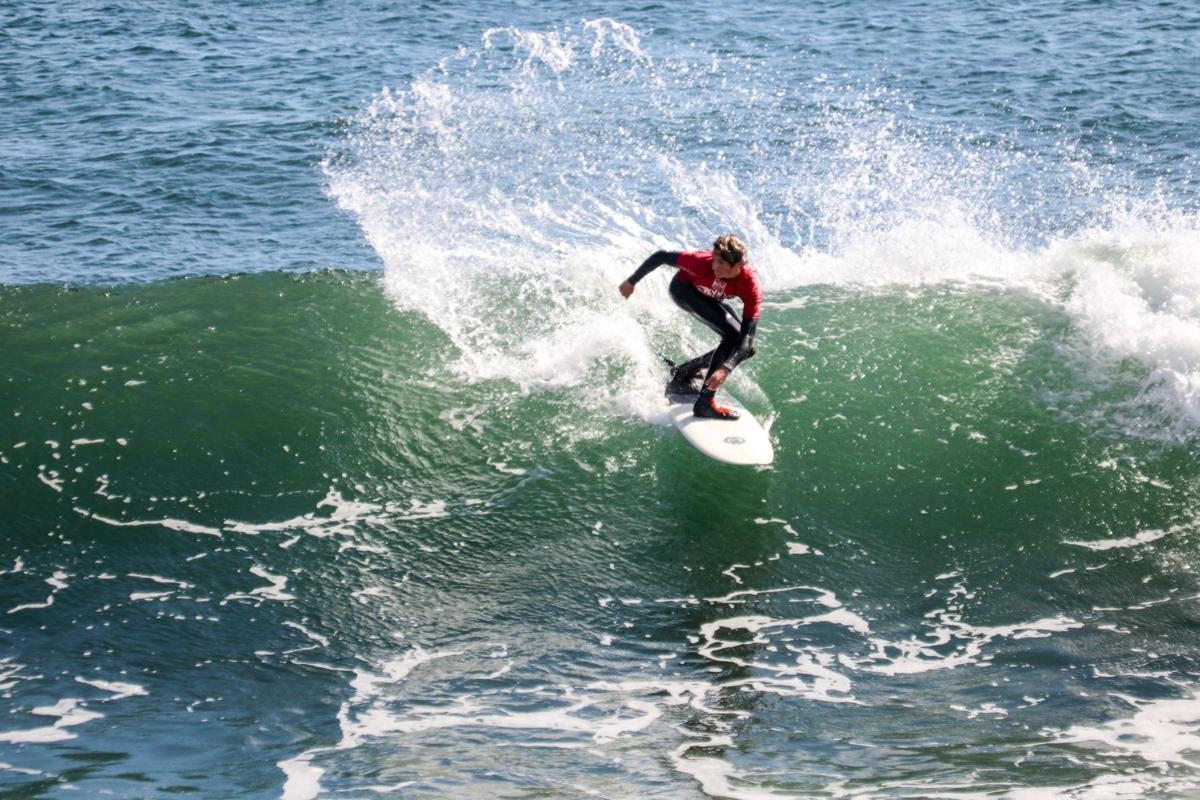 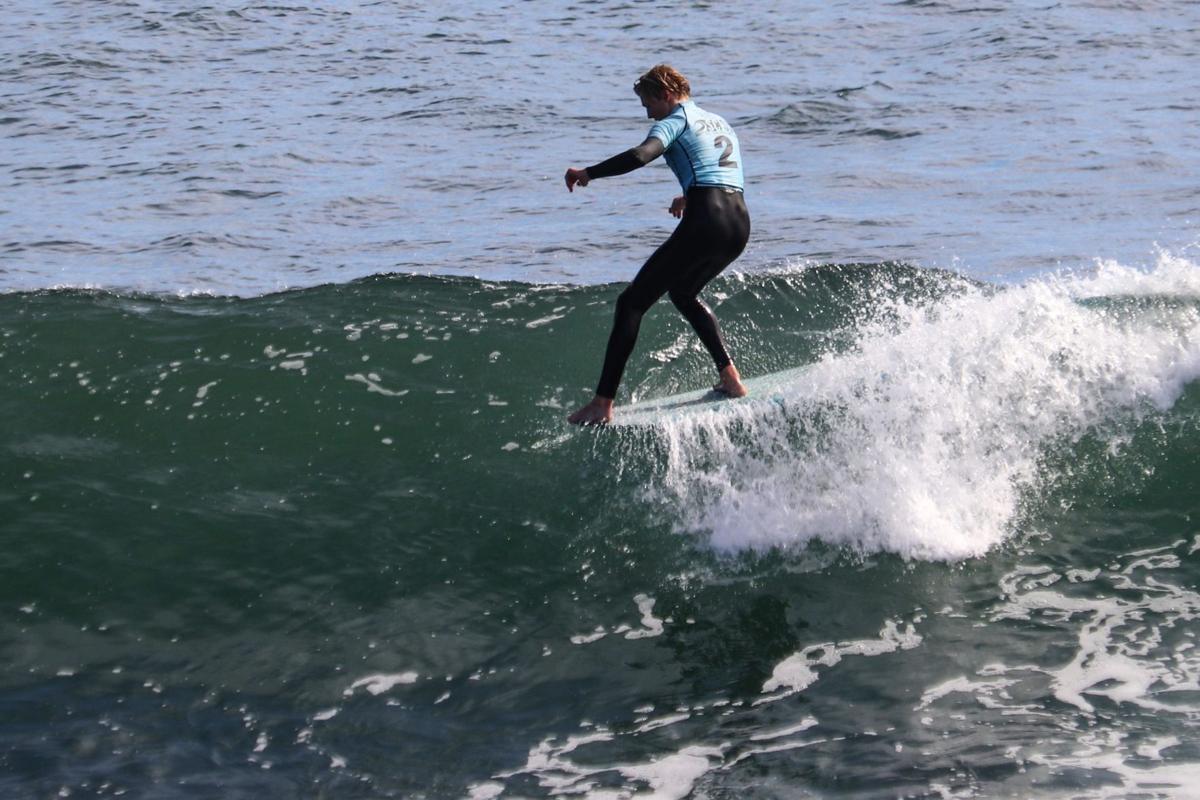 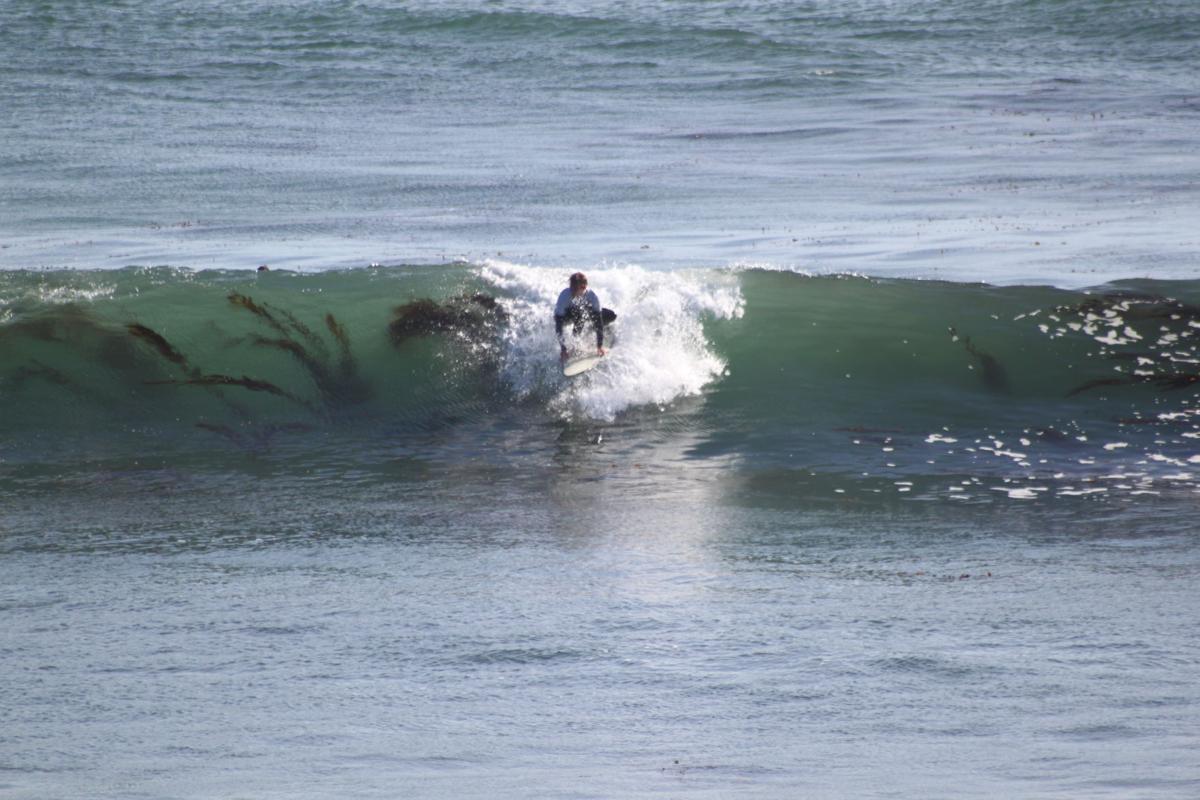 On Sunday, February 23 the Santa Cruz Mountains Surf Team, made up of surfers from San Lorenzo Valley High, Scotts Valley High, and a few other inland schools, faced off against heavily favored Santa Cruz High at their home break, Steamer Lane. While the SC Mountains team lost overall in the team-vs-team rounds (44-60), several individual team members surfed well enough to advance to quarterfinals, semifinals and, in some cases, finals in individual competition later in the day.

In men’s shortboard, Aiden Largay of San Lorenzo Valley High took third place in team rounds, advancing to the quarterfinals of individual competition, where he placed second and earned a slot in the semis. Marcus Palau of Scotts Valley High had a commanding first place finish in his men’s shortboard heat against Santa Cruz High. Like Largay, Palau then took second place in the quarterfinals, also moving on to the semis.

In men’s longboard, Silas Erickson of Scotts Valley High took second place in the team round against Santa Cruz, and Cade Martin-Hansen of San Lorenzo Valley High took third place, earning them each a slot in the semifinals later in the day.

There were also standout performances by local surfers in the alternate heats. The alternate heats are a round of competition in which each team in the league can enter a surfer who didn’t participate in team rounds earlier in the day - or who did surf earlier but on different equipment (longboard vs. shortboard).

Sandy Monowitz of San Lorenzo Valley High placed second in his alternate round for men’s shortboard, earning a slot in the quarterfinals, where he placed third and moved on to semis. In the longboard alternate round, Marcus Palau (SVHS) took first place, also moving on to semifinals.

By early afternoon, the swell had increased to well overhead conditions at Steamer Lane’s Middle Peak, leading to some exciting action.

In the shortboard semifinals, Marcus Palau generated a lot of speed on his waves and took fourth place, with Sandy Monowitz taking fifth and Aiden Largay finishing sixth.

In men’s longboard, Cade Martin-Hansen (SLVHS) and Silas Erickson (SVHS) took second and third place respectively in the semis, advancing to the finals, and Marcus Palau (SVHS) took fourth place in his semi, just one slot away from advancing.

The finals had the most dramatic action of all, with increased wave size and a high level of performance. Silas Erickson got some bombs with long rides, earning sixth place among top competitors from all the teams in the League. Cade Martin-Hansen combined critical drops on powerful waves with strong footwork, getting to the nose of his board on a couple of waves, and taking second place overall.

The contest at the Lane marked the last event of the 2019-2020 Santa Cruz Scholastic Surf League competition season, but the SC Mountains Surf Team will also compete against other inland teams at state championships in Oceanside on April 26.