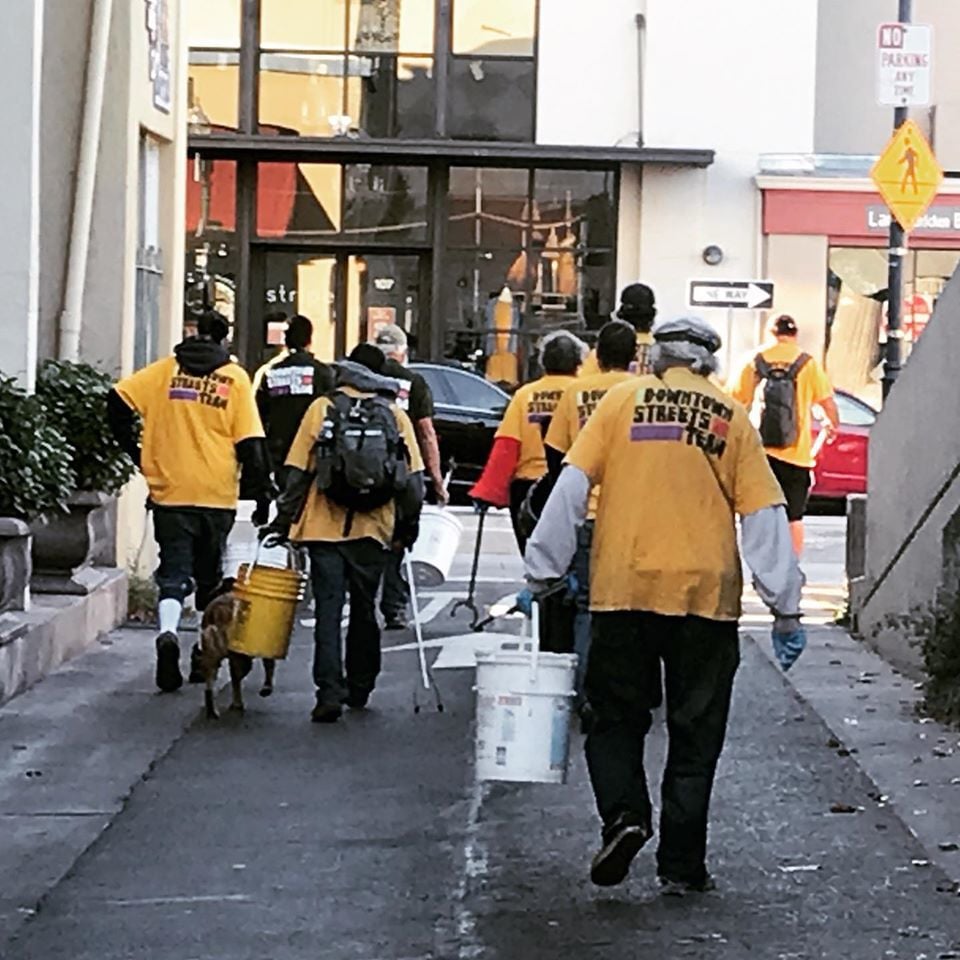 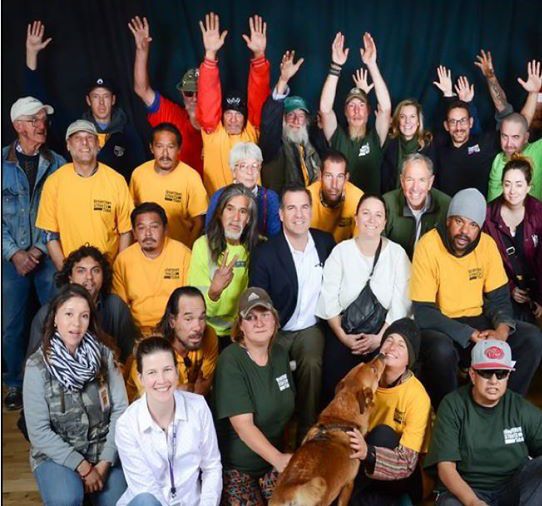 Members of the downtown streets team pose for a photo.

Members of the downtown streets team pose for a photo.

I witnessed a public outcry during the November 14th Santa Cruz County Syringe Services listening session at the Emeline Health Clinic.  Many community members were upset about the secondary exchange service and the amount of syringe litter in the county.  As I left the session, I couldn’t help but wonder, who picks up the syringe litter throughout Santa Cruz County? After a little digging, I sat down with Brooke Newman at the nonprofit Downtown Streets Team.  We chatted about their efforts to pick up debris, especially syringes, throughout Santa Cruz County since 2017.

Downtown Streets Team started in 2005 in Palo Alto by Eileen Richardson, the second CEO of Napster.  According to Newman, the retired CEO birthed an ingenious idea, “to involve the folks who are experiencing homelessness in their own recovery from it… to give folks something meaningful to do by contributing to the community every day… Since then it’s spread like wildfire.”

Their cleanup efforts work through a peer-led model, with team members in yellow shirts, team leaders in green, and team managers in blue. Every day they keep records of debris and needles collected.  In their past fiscal year, they collected more than 71 tons of debris and over 4,000 needles. Since July, DST has removed 4.4 tons of garbage just out of Felton.  While every team member picks up debris, they have a complex protocol for biohazardous material.  Everyone reports syringes, but only team leaders place them in sharps containers, with the use of pliers to limit the risk of contamination.  While teams clean, they also work on peer-to-peer outreach, attempting to recruit new members to the team.

Generally, the Santa Cruz DST has 35 members at a time and a wait list as well.  During their employment, members receive a basic needs stipend in the form of gift cards.  While it seems odd, the gift cards dissuade theft and “don’t interfere with their benefits, like social security, disability, and general assistance.” Alongside the gift cards there is potential for help with car registration payments and storage.

Newman notes that many community members have complained that the members don’t make minimum wage, but explains that the organization is a “safe place for them to re-enter structure and framework without the need for basic documents, like a birth certificate… We do all this work to get their vital documents in place, so they can enter the workforce… If we don’t know how to do it, we’ll figure out how to do it.  We’re here to kick down barriers and remove obstacles because bureaucracy is difficult even for those with much greater resources.” Members also receive assistance from case managers in finding jobs, housing, and obtaining important documents.  After leaving the team, previous members receive another year of case management.

Newman wants you to know that picking up debris is only part of DST.  “It’s so much more than that.  It’s volunteering in the morning and then working with our case managers on goals.”  The team also helps restore an estuary, learns cooking skills, provides support specifically for homeless women, assembles hygiene kits, and “tries to collaborate with any group interested to work with us.”

In the grander scheme, DST wants to change the perception of homelessness.  Newman declares, “These are not a bunch of lazy bums.  They are trying so hard to get out of their situation… A lot of folks won’t even look at someone on the street.  It’s hard and painful to see someone experiencing this.  So what we do is we have these bright yellow shirts that we have people put on and they’re out there in the community contributing and doing this meaningful stuff and people will say ‘Hello’ and ‘Thank you’.  That helps folks gain self-esteem and start getting empowered and start getting into goal mode.”

Beyond interaction with outside organizations and individuals, DST offers vital opportunities for connection among its members as well.  “We try to be accommodating for everyone, people with mobility issues, heart conditions, health problems.  What’s important is showing up on time and working as a team out there… We’re a support network that many have never had.”

Newman hopes for future expansion.  Santa Cruz was supposed to be the eighth and final branch, but now there are currently 15 Downtown Street Teams throughout California. A new branch was launched in Salinas in September, followed by another in Redwood City this October.  She has a meeting with the county on December 9th to discuss further expansion of the program to Grant Street Park.  “Supervisors Coonerty and McPherson have been champions [of our cause] and Supervisor Leopold actually participated at a cleanup at Grant Street Park. Both the county, city, and community have been super supportive.” She mentioned someday turning her sight towards Watsonville.

Before I left, Newman shared with me a text from a previous team member this morning that truly reveals why she loves her job.  She read, “Your efforts restored my faith in humanity.  Don’t ever stop that, sharing the little people that you care and showing up for them.” She added, “These are the most resilient people I’ve ever met and it’s an honor to work with them. I’m a pretty cynical person but these people give me hope and inspire me on a daily basis.”