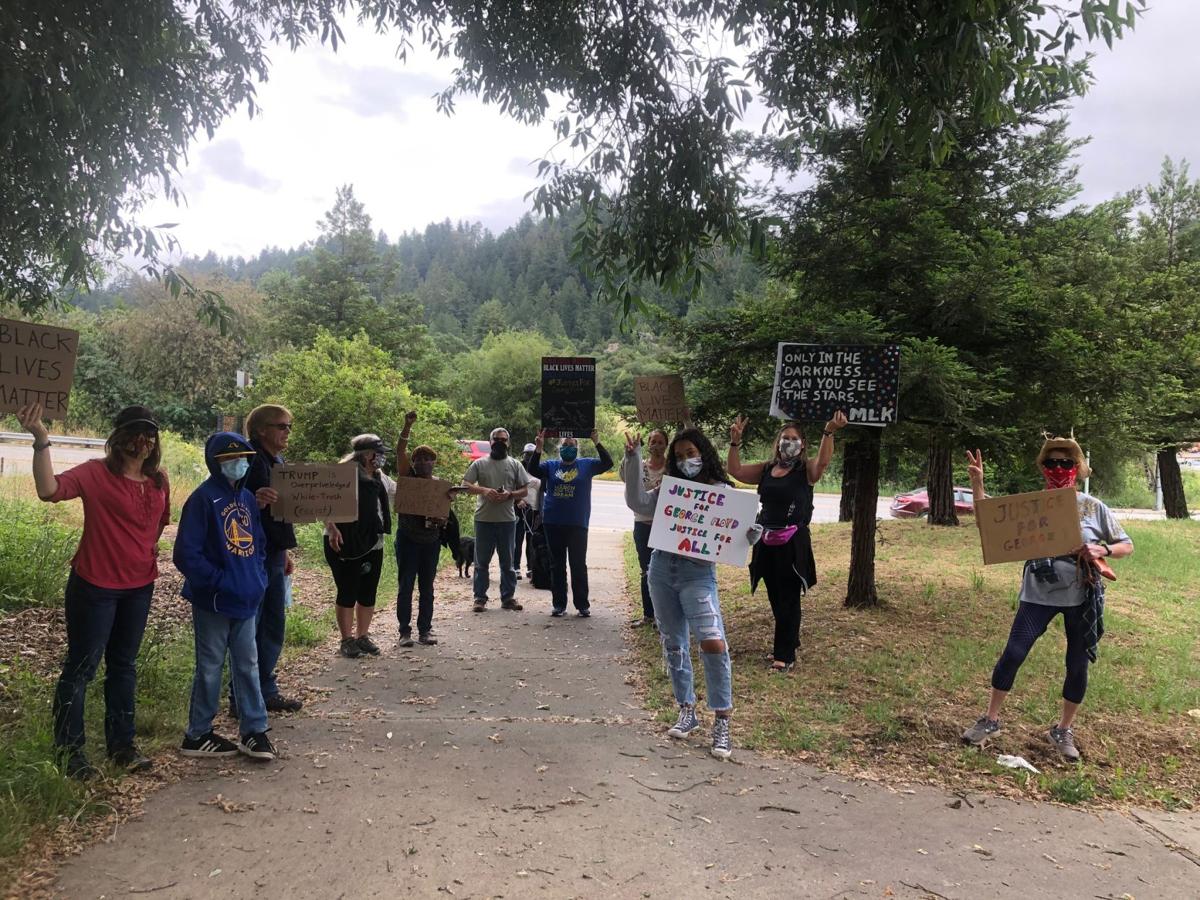 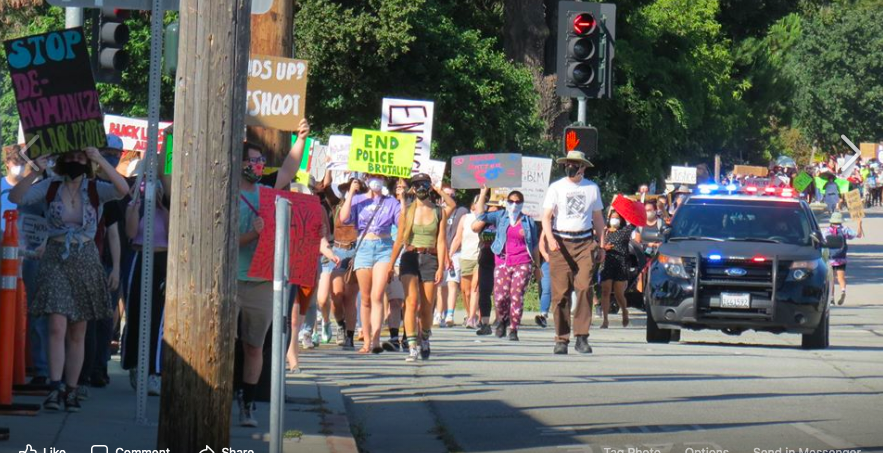 Civil unrest across the globe sparked by the murder of George Floyd, has found its niche in our community.  Protesters have gathered in Felton and Boulder Creek to protest the systematic racism in police departments throughout the nation.  While many protests have paused in sympathy with the tragic loss of Santa Cruz County Sheriff's Deputy Sgt. Damon Gutzwiller, organizers, like those of the Black Lives Matter Protest in Scotts Valley, hope their event will “offer a space for discussion and healing in the light of the violence in our world today.”  I chatted about the protests in Felton with its unaffiliated organizers, Sharlene Cece, Julie Kowalewski Ward, and Toni Norton.

Cece was the first struck with motivation, “When I saw there was [a protest] in Santa Cruz, I thought, ‘I don’t want to go down there.  What else can I do?’”  This led Cece to spontaneously contact Norton and Kowalewski Ward, who got a small group to protest at the Felton intersection. On Saturday May 30th, a group of about 12 began to protest at the intersection. Cece reports at that protest, “Someone mentioned we should try again, so we promoted it more on social media for the next day… All the sudden, 50 people showed up.”

According to Cece, all protesters were peaceful and followed CDC guidelines with masks and social distancing. “We sang, chanted, and shared thoughts and silence… It was totally positive in this face of a terrible and horrible event.”  Norton spoke to the larger impetus behind the protests, “I thought things had changed for the better already, but more and more I realize we really haven’t.  We’re all coming from the same place.  This systemic police racism needs to stop.  That’s something I’ve had in my heart, since seventh grade, when Martin Luther King was marching.”

The non-violent teachings of MLK were strongly present throughout the gathering, since the third organizer, Kowalewski Ward, recently returned from Kingian Non-Violence training in Selma, Alabama.  She was eager to explain the importance of non-violent protest, “I understand people’s frustration with the rioting and looting… I really believe in the path of non-violence.”  She shared with me a passage read at the beginning of one of the protests, from the book Healing Resistance: A Radically Different Response to Harm by Kazu Haga.  Her well picked passage reads: “Nonviolence as an ethical choice stems from a deep understanding about the impact that violence has on all people—those who experience it, those who perpetuate it, and those who witness it.  It is about acknowledging that violence itself is the enemy that we need to defeat, not the people who are caught up in its cycles.”

All three organizers shared concerns for future action, particularly in “keeping up the momentum of the movement.” Norton, Kowalewski Ward, and Cece found comfort in the “grassroot efforts of Felton citizens.”  Norton assured herself, “You have to start small. There are people in Felton that could have their minds and hearts opened… I’m still on a learning journey.  I’m hoping we can help others as well.  We can’t use hate, we have to use light and love.” Kowalewski Ward has focused on specifying her message to keep up her momentum, “What to protest is an individual decision that everyone makes.  Personally, my focus has been to stop white silence, but it has shifted to educating other white people about racism, talking about it.”  Cece shared her biggest source of momentum, “People thank me or Toni or Julie for organizing, but we’re really all organizers.  When someone says, ‘Let’s do this, let’s go, or what can we do?’ they are organizing.”

Kowalewski Ward concluded with her highest hopes for their actions, “What the country needs right now is to listen to each other, with people of different perspectives.  We are so divided, and it’s very difficult, but we need to find common ground and work together.”  Although this year’s tumult seems unending, our community can face this discomfort with elegance, understanding, and strength.