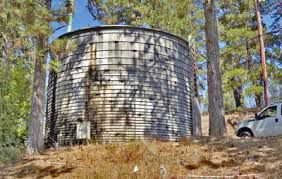 A water tank in SLV. 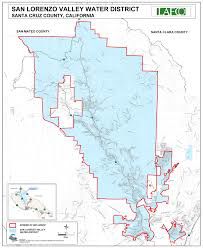 A water tank in SLV.

Nearly every seat in the gallery was taken. On a small table, there were handouts, agendas and cookies. At the big, u-shaped table, members of the San Lorenzo Valley Water District staff and board sat side-by-side for the December 5th meeting to address a number of important issues, including the revision of the Strategic Plan for the District and updating the Mission Statement.

For an agency that has seen its fair share of contentious meetings and divided loyalties, this latest gathering was refreshingly drama-free, and the board sent the clear signal that they were ready to truly hear from their constituents.

In an effort to modulate the temperature of the room during monthly board meetings, district staff, ratepayers and board members alike had landed on the idea of approving a Conflict Resolution training. Coastal Watershed Management Consultant Greg Larson had been cited as the optimal candidate for this event, and given that he already submitted a proposal to assist the District, the feeling amongst all in the room was that an investment in Larson would be a worthy one. Director Rick Moran furthered the idea that transparency is of the utmost importance, and District Manager Rick Rogers determined that the topic would be on the January agenda for a vote.

Meeting attendees were heartened to hear that Director Lew Farris had read all 12 emails that had been submitted to the board prior to the December meeting, and in response, he had created a criteria chart which graphed the priorities outlined in those submissions. Of all correspondence received, Farris said, the most common suggestion was to use Greg Larson as a consultant for de-escalation training. “Thank you,” Farris said. “I heard you, and I’m going to do something with the information.” President Lois Henry acknowledged that it was time to slow things down. “First, we’ll do the conflict management training, and then we’ll work on the revised Strategic Plan. It doesn’t mean we can’t have different opinions—it’s about how we express them,” she said.

While Farris’ words were generally well-received, there was still a bit of pushback from customers in the gallery. “The public doesn’t want to be heard, we want to participate,” said Felton’s Larry Ford. “That will be one of the lessons learned in conflict resolution. But I completely support the District’s priorities, including fiscal responsibility and building new headquarters. We also need urgent progress on the fire management program,” Ford continued as the audience nodded.

Marc Shargel from Felton chimed in as well. “Director Farris demonstrated a terrific example of paying attention and listening. It was an example of an inclusive and deliberative process to undertake long range planning,” Shargel said. “But I’m concerned about the rhetoric that has emerged in these meetings. Personal attacks are not acceptable. If you point at someone and accuse them of polarizing rhetoric,” said Shargel, “you are engaging in polarizing rhetoric yourself.”

Boulder Creek’s Nancy Macy summed up the impression of the District from past meetings. “Everyone is feeling this horrible conflict. It was like changing boats in the middle of the stream—jumping into one that was slightly smaller.” In reference to the Mission Statement, Macy stated, “The current Mission Statement is beautifully written, and assures the community you want to protect things for the future, like working to maintain infrastructure and our watershed,” she said, “and allowing groundwater to be restored. I know we can work together, and make progress as a community—and I love the conflict resolution process idea.”

The last point of business was the election of a new president and vice president of the SLVWD Board of Directors. Steve Swan was elected president, and Lois Henry was voted in as vice president.

To further the idea of directors, staff and ratepayers working together, SLVWD is putting together a Public Advisory Committee, comprised of 5-7 members of the public. Staff solicited applications to serve, and five total applications were received. After some discussion, the board decided to hold the positions open in an effort to gather more interested community members. According to District Manager Rogers, the commitment would include two hours per month of physical meetings, plus homework. Applications may be found online at www.slvwd.com on the homepage under “What’s New,” or you may pick one up in person at the District Office, located at 13060 Highway 9 in Boulder Creek. The new deadline for interested parties to throw their proverbial hat in the ring is January 29, 2020 at 3pm. The District is planning to seat the committee at the February 6, 2020 Board meeting.