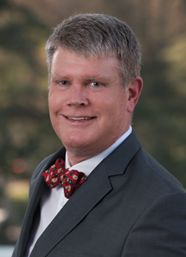 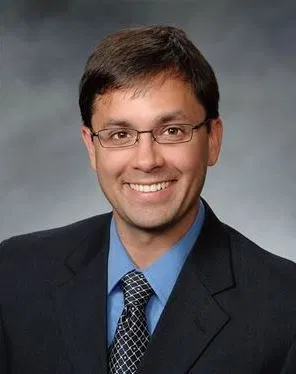 Last week, “Politics in Play” focused on the three candidates for judge who participated in the Candidates Forum at San Lorenzo Valley High School on Thursday, February 6th. In this edition, we cover the candidates who are vying for the position of California State Assemblyperson: incumbent Mark Stone (D), and Shomir Banerjee, M.D. (R).

Mark Stone is a familiar face to residents of both Scotts Valley and San Lorenzo Valley. He began his work in public life by being first a trustee for, and then President of, Scotts Valley Unified School District. Following that, Stone was twice elected to the Santa Cruz County Board of Supervisors, where he served his District 29 constituents until he ascended to the California State Assembly in 2012. As Chair of the Select Committee on Coastal Protection and Access to Natural Resources, he is deeply committed to the health of the Monterey Bay; his other passions include reforming the California State Bar, and ensuring that our judicial system is working as best it can. In Stone’s words, he “works for those who have no voice.”

Shomir Banerjee is a practicing Family Medicine Physician in Salinas, and an Electronic Engineer, actively involved in developing medical informatics and medical electronics. The focus of his campaign is to raise more awareness around our impending health care crisis. According to Banerjee, we have resources in the state that are available but not being delivered adequately. He wants us to become good stewards of our resources. Specifically on the topic of water, Banerjee says it’s “a complicated question,” and believes we need to have a civil dialogue to meet the needs of all communities.

The first question posed to the two candidates at the forum was inquiring about their position on Pacific Gas & Electric’s tree removal method.

Banerjee answered that he is “a Monterey guy, and not aware of local issues.”

Stone has long taken issue with PG&E’s strategy of removing trees, and called it “unnecessary.” While he agreed that some vegetation management is necessary, he noted that the agency should be doing infrastructure upgrades. According to Stone, the counties of San Diego and Los Angeles have done the work to insulate wires and install fast fault systems, but those efforts haven’t materialized in this part of the state. Stone believes the utility’s “public safety record is abysmal; we need to find a way to municipalize the transmission system.”

On the question of local housing, Stone acknowledged that there is a significant deficit of housing. He believes it’s a “good thing for cities to take a look at their development strategy,” and acknowledged that there is a push to build market rate housing. Stone feels that “the state needs to take on affordable housing obligations,” and believes that “housing decisions made at the local level must ensure that we have housing for all.” (Indeed, just looking at the spate of new housing options in Scotts Valley leaves local families wondering where the affordable housing options are when new townhomes are selling for $750,000 and up.)

Shomir Banerjee is concerned about the housing and homelessness crisis. “We have a housing shortage in the state for tens of millions of residents,” said Banerjee. His solution? “We need to incentivize the process of building housing in a way that the market will support. Larger cities will benefit from incentives to build more dense housing,” Banerjee stated. He also noted that Silicon Valley has created sprawl, and that’s an issue that affects local residents.

On the subject of criminal justice reform, Banerjee called it a “crisis with redistribution of criminals,” and he believes it’s a disservice to communities that have to support that. Furthering his idea, Banerjee advocated for “the reversal of Propositions 57 and 47.” (Proposition 57, The Public Safety and Rehabilitation Act of 2016, passed with overwhelming public support; Proposition 47, The Safe Neighborhoods and Schools Act, changed certain low-level crimes from potential felonies to misdemeanors.)

Stone countered by saying that California has “the highest rate of incarceration [compared to] any other state. These ballot measures are hard on crime,” Stone said, “and they send more people to prison.” It’s time to reverse that, according to Stone. “We need to close prisons and reduce recidivism.” Stone says we can do that by continuing to support Propositions 47 and 57. “Jails and prisons have become a de facto mental health system for the incarcerated,” said Stone. “We can do better.”

In addressing the financial health of California, Stone noted that the General Fund carries the burden of financing education, prison, health and human services. “We need to protect our local governments—we don’t want to pull money from their reserves. It’s essential that we keep providing the revenue streams and fix our broken taxation system. The state needs to be a bigger player in issues like climate change and resource protection.” Stone advocates for leveraging the money individual communities have, and supporting decisions locally.

Banerjee believes the answer to strengthening California’s fiscal health lies in “better investments of resources. Some communities are grossly underfunded, but we need to use the larger funds at the state level to fund infrastructure.”

On the issue of AB5, also known as the “Gig Workers Law,” Banerjee decried its passage, stating that it was a “disaster for the health care industry. It forcibly converted physicians into employees, and placed a strain on smaller health clinics.”

In reference to a few other topics of consideration:

AB 2682, the bill to remove physician supervision of nurse-midwives.

Assemblymember Stone was a co-author on this bill. “If someone is qualified and trained to do a job in our health care system, they should be doing that job. Everyone should do what they’re trained to do.”

Banerjee: “When you have no access to care, anything will do. Nurse-midwives fill that gap, but they are not capable of handling more complicated deliveries. I ask for voters to support us in finding ways to provide care to more people who have no other option.”

On the dearth of recycling options for local residents:

Banerjee: “Recycling has become cost prohibitive. We need to find other options.”

Stone: “The manufacturers and distributors have put the problem on us. We’ve long shipped our plastics to Asia, and they’ve stopped taking it in. We need to take responsibility on reducing the amount of plastic we throw away. We’ve put several bills on the governor’s desk, and they’ve all been vetoed. We need to come up with a plan for strong recycling systems in our communities.”

Banerjee’s passion and experience is in health care, and that’s directly tied in with homelessness. He believes that both problems can be solved with strong leadership.

Stone: “We have a lot left to do, like improving our child welfare system and prison welfare. It’s time to reform the state bar, and make California the beacon it is worldwide. That will take leadership, technology, innovation.”

To learn more about these two candidates, visit their websites: