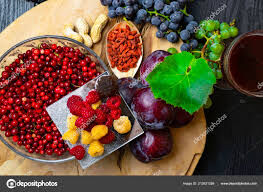 Resveratrol is a powerful antioxidant with remarkable anti-inflammatory properties. Inflammation and pain play an important role in the pathogenesis of knee osteoarthritis and could cause tissue damage and morbidity.  A Randomized Placebo-Controlled Study Published in "Journal of Medicinal Food" Dec 2018 reported:

" The resveratrol-treated group experienced a time-dependent significant decrease in pain severity. These findings suggest that resveratrol may be effective in the treatment of patients with mild to moderate knee osteoarthritis."

Among age-related neurodegenerative diseases, Alzheimer’s disease, Parkinson’s disease, and multiple sclerosis are the most common. In such disorders, oxidative stress and neuro-inflammation play a significant role.

Resveratrol works its heart-support “magic” in two ways. First off, it protects the endothelium, the delicate inner layer of your arteries, from oxidative free radical damage. Second, resveratrol helps to protect the production of nitric oxide, the critical chemical produced by the endothelium that keeps blood vessels optimally dilated.

There have now been more than 4,400 studies on the benefits of resveratrol to date, showing that it helps to protect your entire body. One study published in the Mar. 2016 issue of "Clin Exp Hypertens" concluded that resveratrol significantly lowered blood pressure.

Numerous studies have demonstrated that resveratrol possesses antitumor action and is a likely candidate for treatment and prevention several types of cancer.

Besides, the phytoestrogen, resveratrol has received great attention as an upcoming preventive and therapeutic agent against breast cancer. Globally, many in vitro and animal-based studies have demonstrated such preventive anticancer activity in colon, cervical, prostate, breasts and lungs. "Biomedicines" Sept 2018.