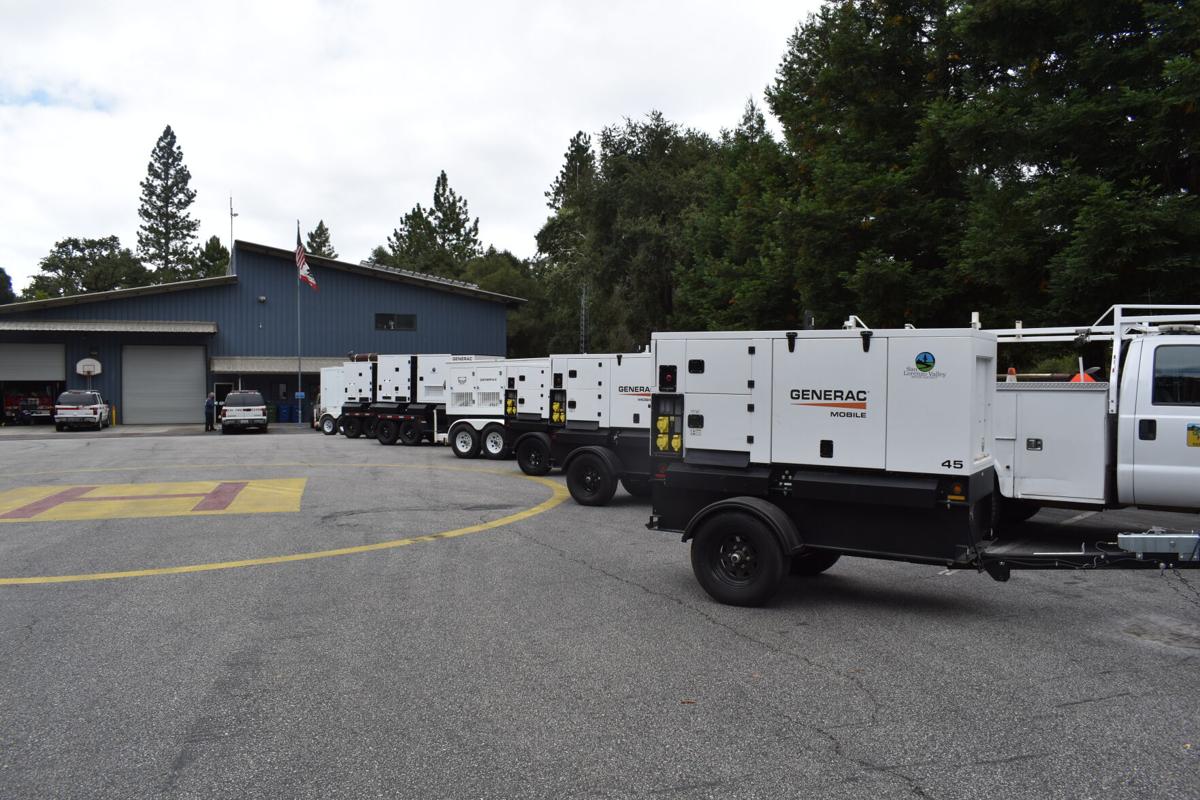 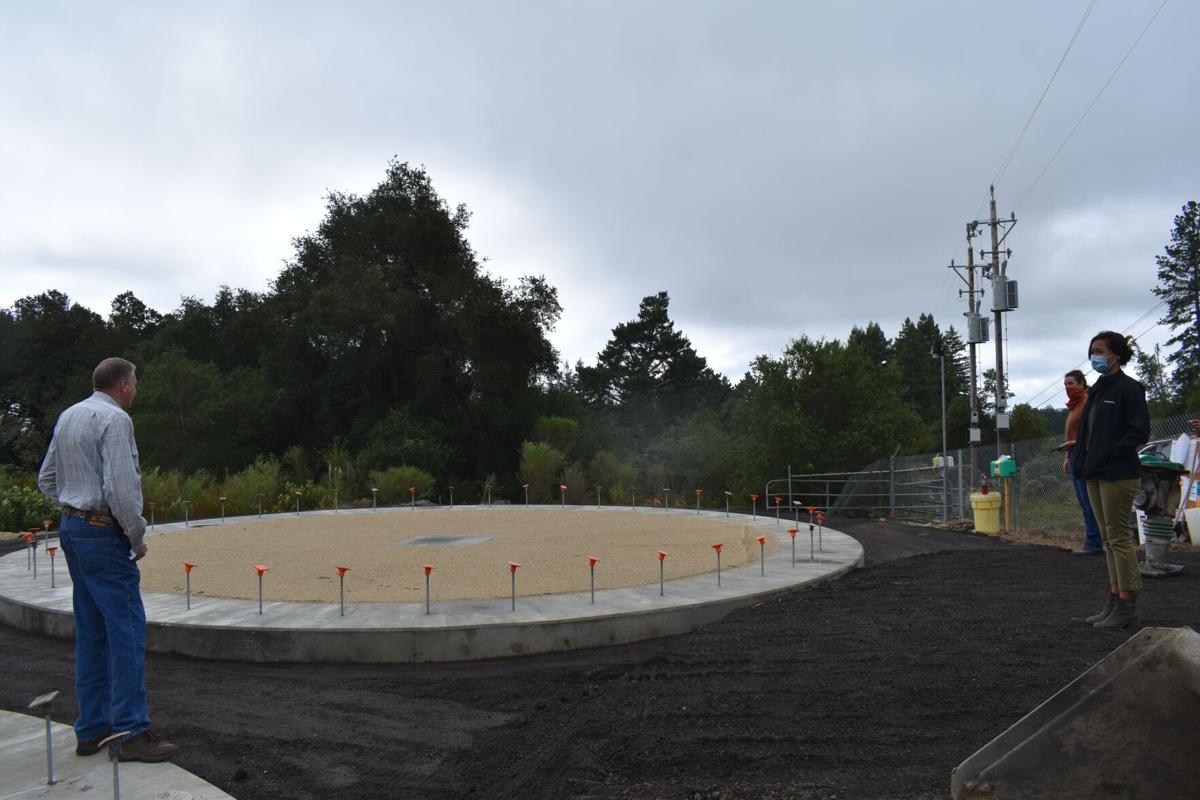 Rogers stands next to the new foundation for the Lewis Water Tank in Lompico. 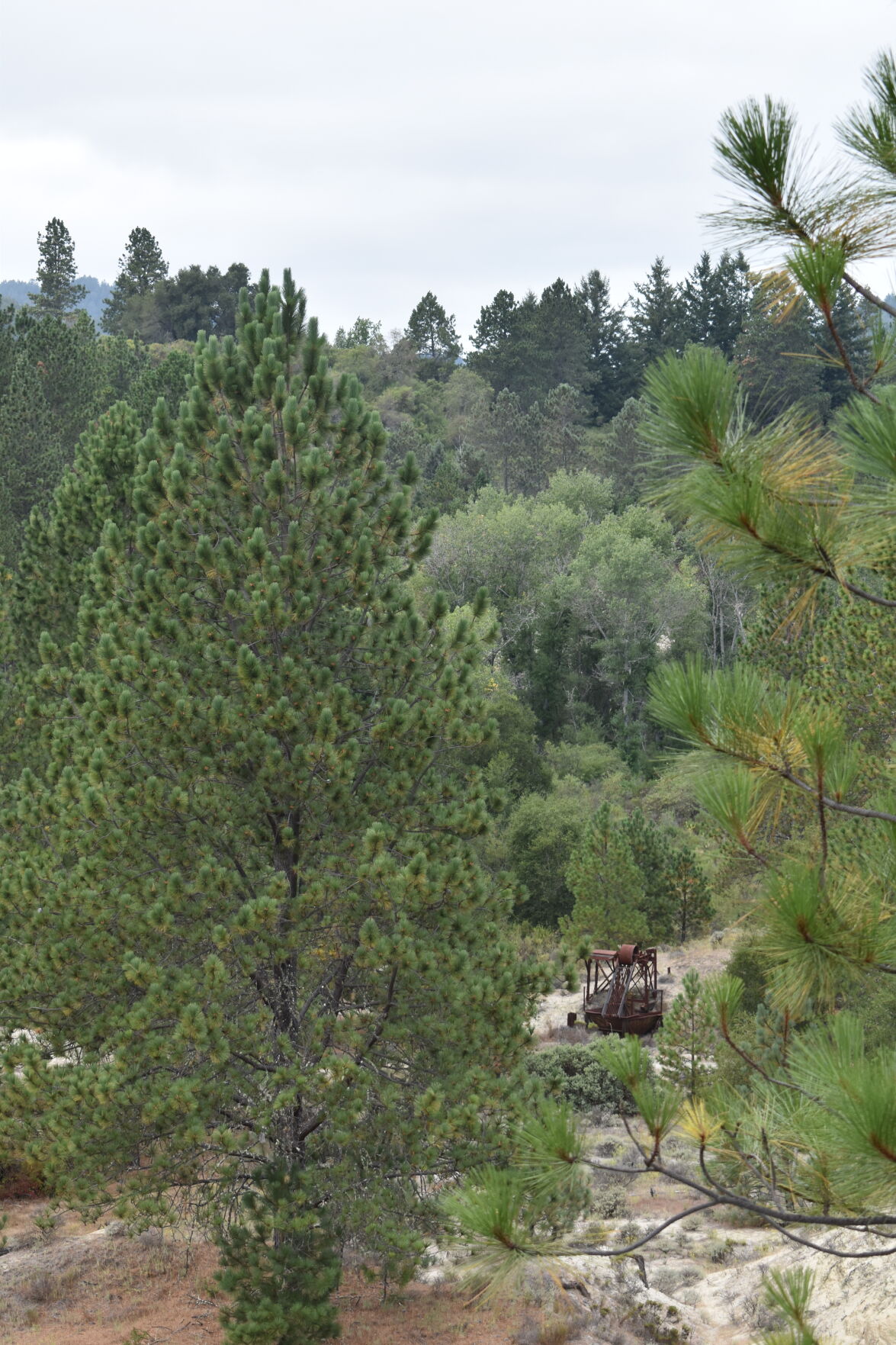 Rogers stands next to the new foundation for the Lewis Water Tank in Lompico.

While many of us has sought out the bright side of this COVID storm by slowing down and taking a much-needed break, it seems like the San Lorenzo Valley Water District doesn’t know how to rest.  But, that’s the price of providing a vital resource constantly to every home, business, and building within our valley.  Over the past few months, SLVWD has made many improvements to their facilities. Rick Rogers, the District Manager, Nate Gillespie, the Water Treatment and Systems Supervisor, and Carly Blanchard, the Environmental Planner, were eager to reveal their newest acquisitions and accomplishments.

Our first stop was the Zayante Fire Station, where Rogers had gathered many of SLVWD’s newest mobile generators.  The Water District Manager proudly showcased the new fleet, over “half-a-million dollars of generators were added this year, making for 26 generators throughout SLV, a little more than a million dollars total.” While it might seem excessive, these generators will soon prove vital to the district.  The “recently purchased generators are for the Public Safety Power Shutoffs (PSPS).”  For those unaware, the PSPS began last year due to PG&E’s fears of electric fires being started by hazardously windy and dry weather.  According to Rogers, last year several power shut offs lasted up to 96 hours, leaving the WD operating manually, without internet or modern equipment.  “We had staff operating the systems manually 24/7, physically monitoring sites, turning pumps on and off all night long, alongside other mundane tasks. It really put great stress on our operational crews and on our water system.  This year, we’re going to be more ready.”

On top of the generators, staff are working closely with PG&E to better understand this year’s set of PSPS.  “We’re gearing up for the PSPS.  The first PSPS was unique, we didn’t know what to expect, but after that they got easier.  Now we still have to store, move, and maintain the generators, but we’re much more prepared now.”  Nate Gillespie, the Water Treatment and Systems Supervisor, confidently details the newest PSPS, “From my understanding, PG&E has set microgrids this year, so they can shut down smaller portions instead of large blankets of space. They’re supposed to be shorter duration, 12-day-light hours, in comparison to last year’s 48-day-light hours. Their goal is to notify us three days before each PSPS.  It’ll be a much more regional approach this year than last year.”

In addition to the new generators, the SLVWD is excited about their new tanks in Lompico.  Four years ago, the Lompico Water District (LWD) decided to consolidate with SLVWD.  The merge went smoothly, but LWD was mandated to replace six inefficient and old redwood water tanks throughout the district.  Most the 2.2 million-dollars necessary for the new tanks were raised through a Lompico property tax increase, which will be in place for 20 years.  The six new tanks are now under construction, at three separate locations. The construction began in May, which may seem like quite some time to construct tanks.  However, Rogers explained, “It’s easy to construct new tanks, but we have to provide uninterrupted water at the same time.”  The tank sites are also located in fragile habitat that SLVWD has to mitigate to build on. With all tanks built, the SLVWD will have a storage about 464,000 thousand gallons, by mid-December of this year.

To mitigate environmental damage at various facility sites, the SLVWD has been keeping careful watch over the Olympia wellfield, which was a sand quarry in the 80s. Rogers describes, “Our scientists will all tell you there’s no place like it in the world.  It’s one-of-a-kind.” Out of the beautiful 180 acres, 6.3-acres form an easement that the District “is using as part of our mitigation for various projects in the Sandhill habitats.”  Carly Blanchard, the Environmental Planner, listed many protected endangered species and plants at the wellfield, like the Ben Lomond spine flower, Santa Cruz wallflower, Bonny Dune manzanita, Santa Cruz Kangaroo Rat, and Mount Hermon June Beetle.  It’s a beautiful place to take a much-deserved break, especially if you’re a part of the SLVWD.