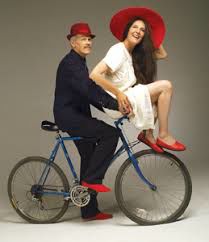 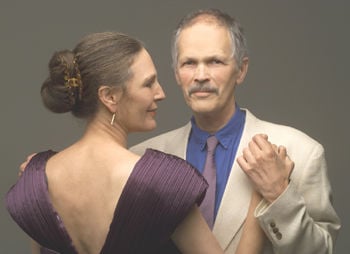 The founder of Tandy Beal & Company was just 14 when she found her best collaborator in composer Jon Scoville. When Tandy looks at Jon, it’s not just a look. It’s a deep, intimate gaze that makes reporters blush, and makes one feel that they’re intruding into moments in which they don’t rightly belong. When Jon recalls something from his past, Tandy is there to add a thought about the importance of that event, whether it’s a trip or a concert or a conversation with Bobby McFerrin. When Jon talks about why and how music moves him, Tandy is there to promote his art, and share her appreciation for his craft. When Jon recalls the moment he met Tandy, she is there to nod approvingly, and the Tandy who met Jon when she was a teenager is right below the surface of her smile, tracing their relationship with the comfort and ease of someone who’s known her life partner, well…nearly all of her life.

The expanse of Jon and Tandy’s home is made cozier by cups of tea and a couple of cats who want to be greeted, and then suddenly don’t. Tandy sits on a couch cross-legged, eyes fixed upon Jon, hands outstretched towards his as though in search of a kinetic connection, as he tells the story of his love affair with music, the sounds of language and the girl of his dreams.

“I was raised in a family where my mother, sister and grandmother all played piano. I would go to my room in the attic and listen to jazz, but when I’d fall asleep, my sister would be on the piano practicing a Bach Fugue.” (In music, a fugue (/fjuːɡ/ fewg) is a contrapuntal compositional technique in two or more voices, built on a subject (a musical theme) that is introduced at the beginning in imitation (repetition at different pitches) and which recurs frequently in the course of the composition. But you probably already knew that.)

“In junior high school I took up trombone (didn’t work), violin (worked even less), piano (but we already had too many good piano players in the house), but then my brother took up the guitar. I noticed it was an attractant to young women, and I thought, ‘Hmmm, maybe I should pick up the guitar.’ I did, and a few years later, I met Tandy on a blind date playing at a little coffee shop-type arrangement. 56 years later, I’m not playing guitar anymore, but I’m still making music.”

Has his type of music-making changed? “It has,” says Scoville. “I started out playing in old time jazzy bluegrass bands and some jazz and some funk, and then Tandy needed an accompanist when she moved out from New York to teach at Cabrillo in the dance department. I started accompanying her dance classes, and I gradually shifted over into more contemporary kinds of music for choreography by using a computer. I’ve just written a couple of pieces for the piano and clarinet that will be in the show in January,” Scoville says, “but I’ve worked largely with percussionists, because for dance, rhythm is so essential. The advantage of using a computer to write music is I can put in horn lines and string lines and bass lines and guitar lines. I think that growing up with classical music was a gorgeous underpinning for everything I’ve done.”

“He works with a computer,” interjects Beal, “but it’s really a ridiculous thing to say, because his music is so melodic, so rhythmic and warm. So there’s nothing cerebral or “metal” about it. I don’t know of any other composer that can make you laugh, get you very focused, make you think, tell you a story, bring you to tears and open your heart. Jon has this range that…”

“My fees just went up,” said Scoville, as Beal burst into peals of laughter. “Tandy’s been so great to work with because she’s so musical, and when I’m writing scores for her choreography, she’s down the hall. I’ll play something, and she’ll call out, ‘Oh, I like that!’ It’s been great to have my muse just a room away.”

His muse recounts the ways in which Jon has impacted and enlarged her circle of life. “We’ve been long-time collaborators. We started as co-artistic directors together, and he introduced me to people like Art Lande, Bobby McFerrin, and other wonderful musicians. Jon has created scores for our dance company for a million years, and he’s done about 100 scores for really well-known choreographers, and so many other ventures. He worked with Lucas Films, and did a corporate event for them. I’m so excited to share his talents in our upcoming performance.”

When asked to elaborate on the concept of his shows, Beal all but breaks into an interpretive dance while remaining firmly fixed on Jon. “We’re presenting a show called Scoville Units! (a nod to the scale of the pungency index of chili peppers and other spicy foods, but you probably already knew that) and it’s going to be the first of a series of three shows, because you can’t fit Jon’s music into one show.”

This first presentation is a multi-arts celebration of Scoville’s beguiling compositions from cool to hot, with unique films and performances by 30 musicians and dancers. It will be presented on January 18th at 7:30pm and January 19th at 2:00pm at the Cabrillo Crocker Theater in Aptos, with the second and third installations being presented later in 2021. Tandy is beyond excited to showcase Jon’s talents. “His music is just…breathtaking,” Beal purrs.

Come heat up with Scoville Units! at Cabrillo’s Crocker Theater. Tickets are available at www.cabrillovapa.com or through www.vendini.com.