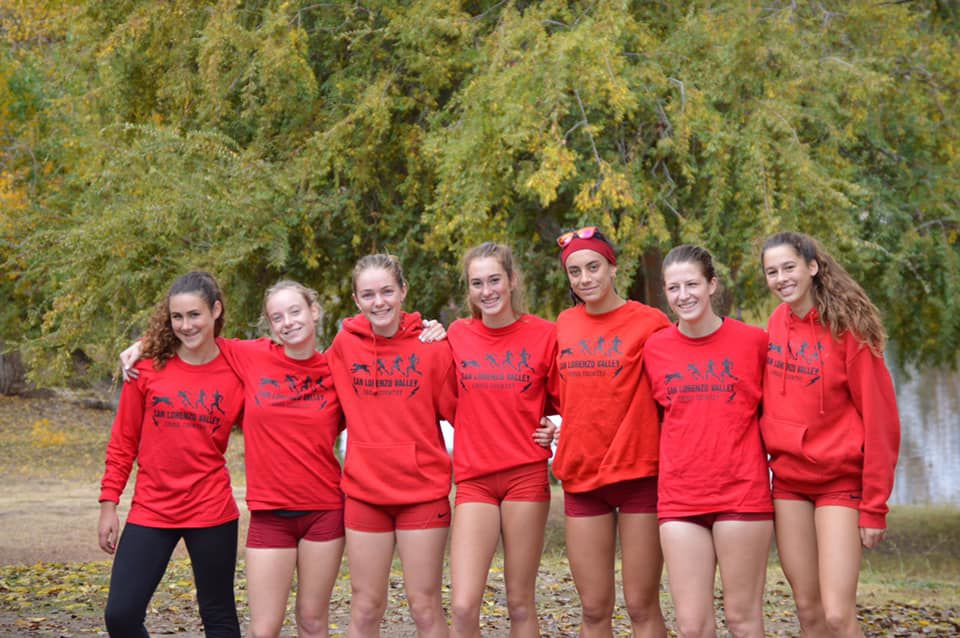 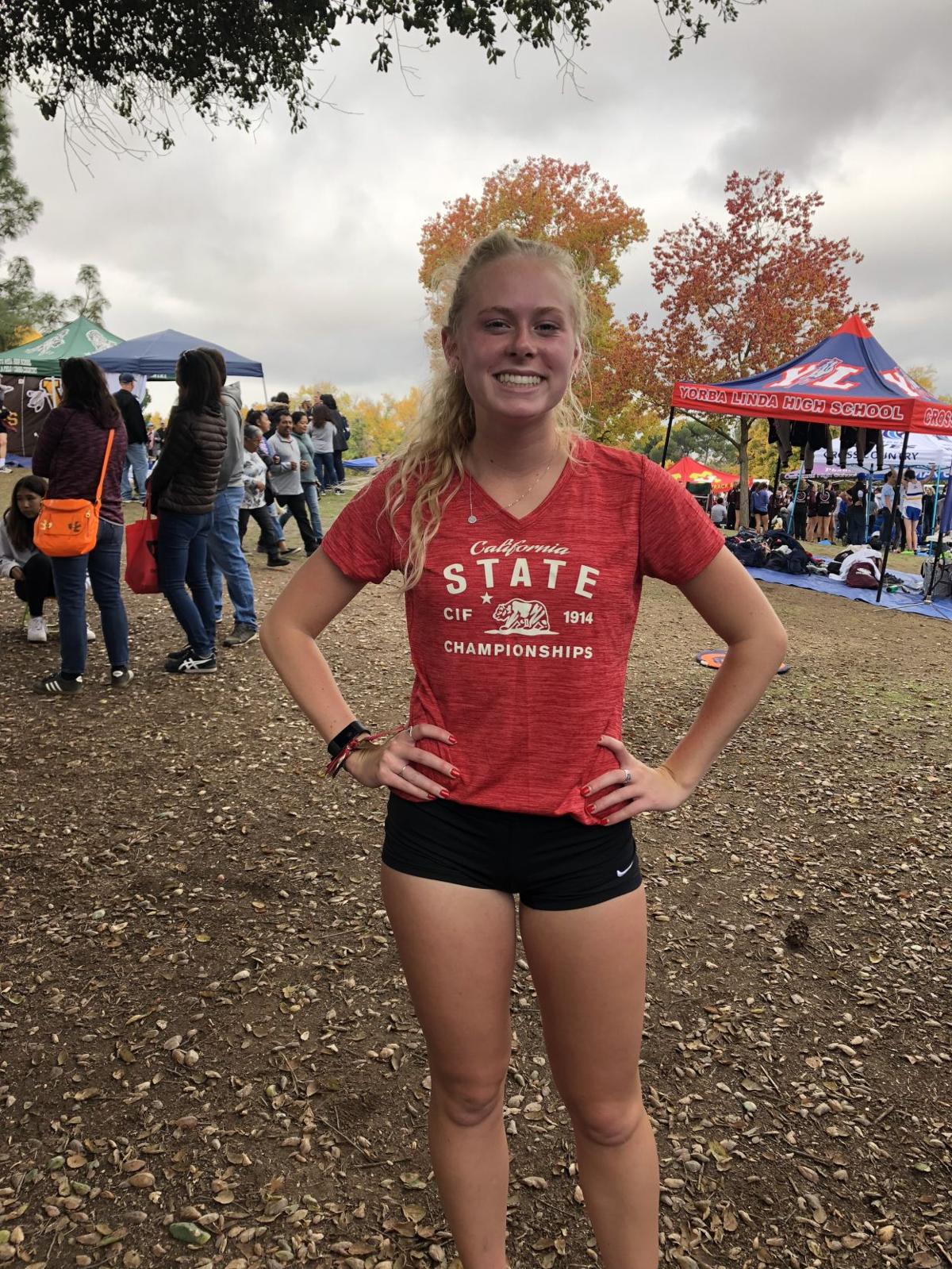 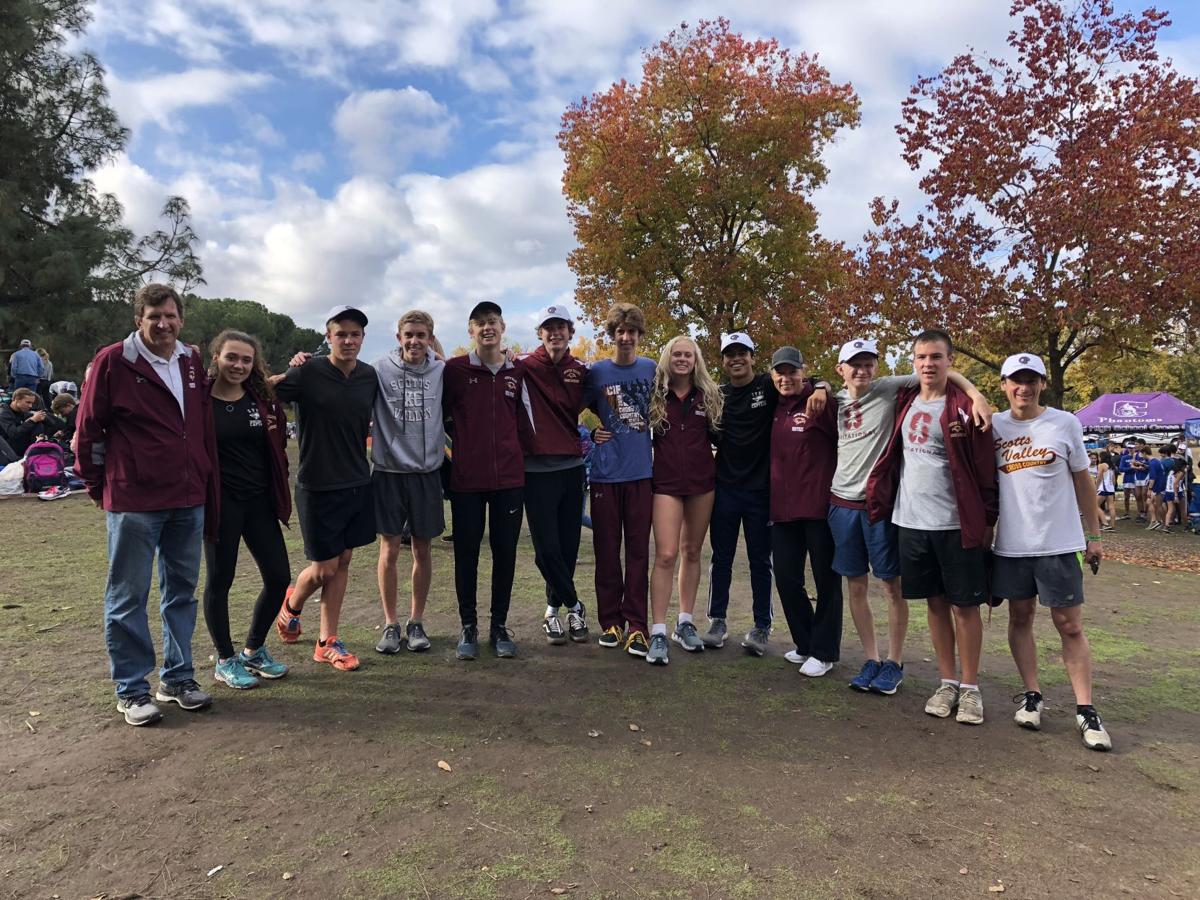 Chris Anderson never envisioned watching the Central Coast Section Cross Country Championships from the sideline or missing the 2018 CIF State Meet. After all, the senior co-captain of San Lorenzo Valley’s Cross Country team was considered a favorite to reach the podium at both events this year. Likewise, Rishi Chandiramani, also a senior co-captain and inspirational leader of the Scotts Valley’s Boys team never imagined that he’d be watching his peers compete at CCS while he could only watch via FaceTime.

Yet both respected team leaders, for entirely different reasons, missed running with their respective teams at the CCS Championships held on Nov. 19 at Toro Park in Salinas. The good news for Chandiramani was thanks to the Falcons second place finish at CCS, Scotts Valley qualified for the State Meet, allowing him to run one final race with his team. And the Falcons took advantage of the opportunity, finishing seventh in the state in Division IV last Saturday at Woodward Park in Fresno.

Also participating in this year’s State Meet was the SLV Girls team which finished 15th in Division IV and senior Jessica Kain of Scotts Valley who completed her high school cross country career in 23rd place running as an individual in Division IV. It was Kain’s third trip to the State Meet, having competed as a freshman and sophomore.

Unlike Chandiramani, SLV’s Anderson, would get no second chance. Running on an injured foot and pure adrenaline, he powered his way to a third straight SCCAL individual title on Nov. 1 at Pinto Lake, thus boosting the Cougars team to second place at the league meet, behind Scotts Valley, with both teams qualifying for the CCS Championships.

But Anderson’s gritty performance came at a cost as he was diagnosed with a partial tear of his plantar fasciitis, thus ending his cross country career. Speaking at the CCS Championships while wearing a protective boot on his right foot, Anderson said, “I’ve never been injured in my life so it was weird not racing. It was kind of emotional and bittersweet being my last CCS.”

The loss of Anderson, who finished third in 2016 and second last year as an individual in CCS was a blow to an SLV team that finished a very respectable eighth place without their top runner. For Chandiramani, missing the CCS Championships was all about unfortunate timing. The CCS races were originally scheduled for Nov. 10 at Crystal Springs in Belmont.

But two days before, the horrific Camp Fire started near the town of Paradise. It would grow to become the deadliest and most destructive fire in California history. As the tragic news and the heavy smoke flowed south from Butte County, air quality spiked to dangerously high levels throughout the Bay Area forcing many athletic events to be postponed or canceled, among them the CCS Championships. “The Camp Fire really affected all of us,” said Chandiramani. While training moved from outdoor trails to indoor treadmills, he kept a simple perspective. “This fire has taken countless lives and homes. We are not the group suffering and our thoughts and prayers go out to the families and people suffering from the devastation of these fires.” After two postponements, CCS officials set Sunday, Nov. 18 for the last chance to race.

They also moved the race further south, to Toro Park, hoping the air quality would be better. The only issue for Chandiramani: his family had departed for a pre-planned vacation and while he delayed his trip by two days with the hope of running, he ultimately flew solo to join his family. “Missing CCS was incredibly difficult,” said Chandiramani. This is something I’ve honestly been training for the last three years and it’s really sad that I won’t be able to run this race with my team.” Before departing, he addressed the team. “I really just got across the point that we have depth and that they just need to head into the race with confidence and run with their hearts,” Chandiramani said.

Sophomore Lukas Berg Mills took his co-captain’s advice, surprising everyone with a fifth place overall finish, helping Scotts Valley to a second place CCS team title and with it, a ticket to the State Meet. It was the first time all year that Berg Mills finished first among his teammates, illustrating the depth of the Falcons squad. Berg Mills continued his late season surge at the State Meet, completing the 3-mile course in 16 minutes, 34.2 seconds, good for 43rd place overall and narrowly edging teammate junior Mitchell Ross (44th place: 16:34.5) as the first Falcon to cross the finish line. Along with freshman Jeremy Kain, senior co-captain Darren Mudge, junior Logan Ross, sophomore Patrick Goodrich and Chandiramani, Scotts Valley combined for 235 team points, good for seventh place out of 25 statewide teams.

Scotts Valley Head Coach Gretchen Schmitt was beaming after the race. “The State Meet was amazing. Our boys ran so well and placed higher than they were expected according to the ranking sites. Every single member of the team was important in that finish,” Schmitt said.

The SLV Girls were a bit of a surprise at CCS, finishing second but don’t tell Head Coach Jay Avenmarg that. “It (our finish) was kind of expected but not by anyone outside of our school,” said Avenmarg. “We brought back four runners who made State last year and we have seven top runners that are really solid.” The Cougars, led by Sophomore Azalea Groleau with a 34th place individual finish, continued their success at the State Meet, finishing in 15th place. Other members of the SLV team included junior Kayla Penny, senior Maya McCabe, freshman Kaleigh Pennington, sophomore Summer Hipwell, senior Camryn Crouch and senior Ellie Bourret.

A final note: Chris Anderson is expected to make a full recovery and hopes to be running within a month with plans to join the Cougars track team in the spring. The heavily recruited Anderson has narrowed his college choices down to five.