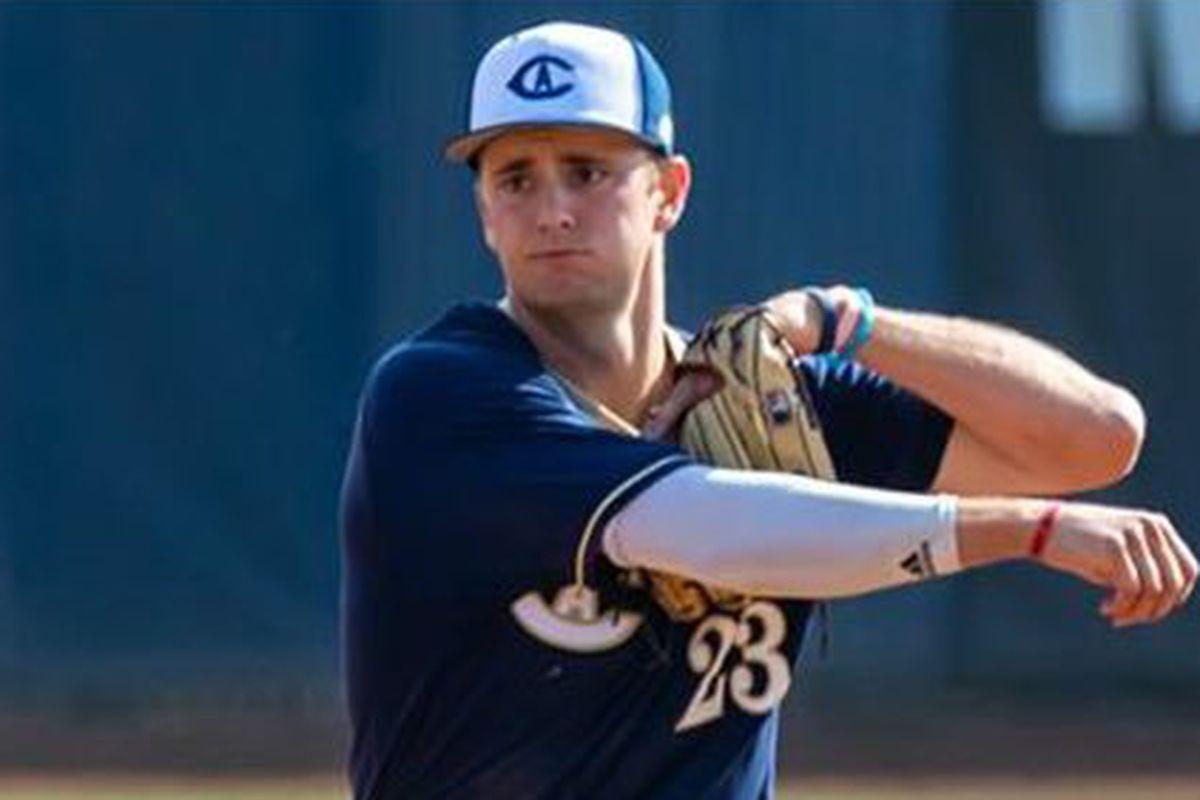 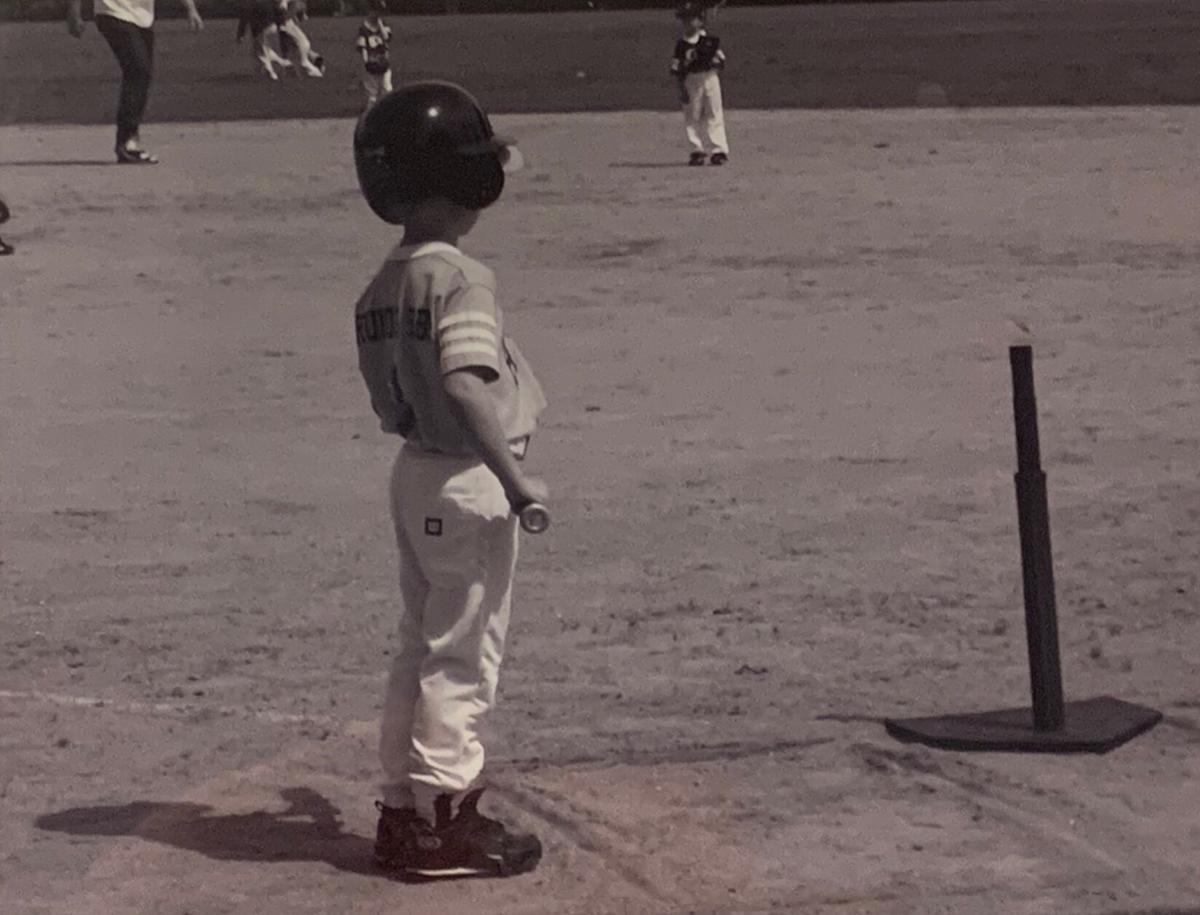 Tanner Murray is the kind of kid parents love, kids look up to and coaches dream of having on their team. So, it’s no wonder that this San Lorenzo Valley High School grad (class of 2017) has the whole valley cheering him on as he embarks on the next exciting chapter of his life, playing baseball for the Tampa Bay Rays.

While he lettered in baseball, football and basketball during his junior and senior years at SLVHS, Murray has always had an abiding love for baseball. His baseball career began in his own backyard, playing whiffle ball with his dad, Scott, and continued on with San Lorenzo Valley Little League (Full Disclosure: This reporter was the President of the SLVLL during a portion of the time Tanner was playing.  I take no credit for his well-deserved success). In 2017, he was named “Athlete of the Year” at SLVHS, after helping his baseball team achieve the Santa Cruz Coast Athletic League title with a 9-3 record, surpassing the other five teams in the league. After high school, Murray attended UC Davis, and found a new, but familiar, home on the field with the Aggies. He dug in as shortstop, and parlayed that passion into a stint with the Orleans Firebirds during summer camp in Cape Cod in 2019. Cape Cod is asummer baseball league, says Murray. It’s part of UC Davis, and probably where the Rays’ scout saw him. In a video available on the Firebirds’ YouTube page, Murray dished with “Bird Bites” host Scotty Gange, and talked about his dream of someday playing in the big leagues. Well, the big leagues are getting closer: On June 11, 2020, Shortstop Tanner Murray was the 4th round draft pick by the Tampa Bay Rays.

2020 has been a heck of a year, and COVID-19 hasn’t done most industries any favors. Turns out baseball is one of them. In a regular year, the MLB draft is 40 rounds of teams selecting their choice players; this year, those 40 rounds were reduced to just five. Five rounds, with hundreds of potential picks chewing on their lip, pacing the floor and waiting to hear if their name is called. Murray’s name was called in the 4th round, 125th overall. What set Murray apart? “Well, I’m young,” said Murray. “I’m a calendar year younger than everyone else in my draft class. They tend to draft shortstops, and that’s my category. And I’m a coachable guy—I play the game the way the coaches like it to be played.”

His previous baseball coaches would agree, and they all reached out to him to offer their congratulations once word of Murray’s success hit the airwaves. “I had hundreds of people calling and texting to congratulate me,” said Murray. “People I hadn’t spoken with in 15 years were so excited for me! It took me about three days to get back to everyone and thank them.”

The draft seemed to come at just the right moment. Murray had just finished his last final the day before, and he was joined at Davis by family members. His parents, grandparents and older sister London were all there, holding their breath. After Murray’s name was called, there was a wave of cheers and tears that enveloped the room. Now that Murray’s career plans have played out, he’s still looking into classes at Davis for the fall quarter since the COVID has impacted training camps. Although previously interested in the field of physical therapy (thanks to his mom, Chantel, an adaptive physical education teacher with SLVUSD), Murray has now changed his focus to interior design. “I have a lot of good ideas, and it all flows pretty easily for me,” he says.

With any luck, those interiors will come standard with air conditioning. Is Murray ready to take on the Florida heat? “They hold spring training in Port Charlotte. I haven’t been to their spring training facility, but I flew out to their major league stadium in Tampa.” And? Murray grins, “It’s pretty awesome.”

The kid with the bright blond hair and the killer arm wants to send a message to all the kids who are playing sports, or waiting for the pandemic to cede so they can get back on the field/court/diamond. “When everything gets back to normal, play as many sports as you can for as long as you can,” says Murray. “Always keep a smile on your face, finish whatever you start, and listen to your coaches. They know more than the players do! When your opportunity comes to play your dream position, go after it. Go 100%. You won’t regret it. And finally, treasure your teammates and friends. The more you push your teammates to get better, the more they’ll push you. Those relationships will create friendships, those friendships will create memories, and those memories are things you’ll cherish for the rest of your life.”