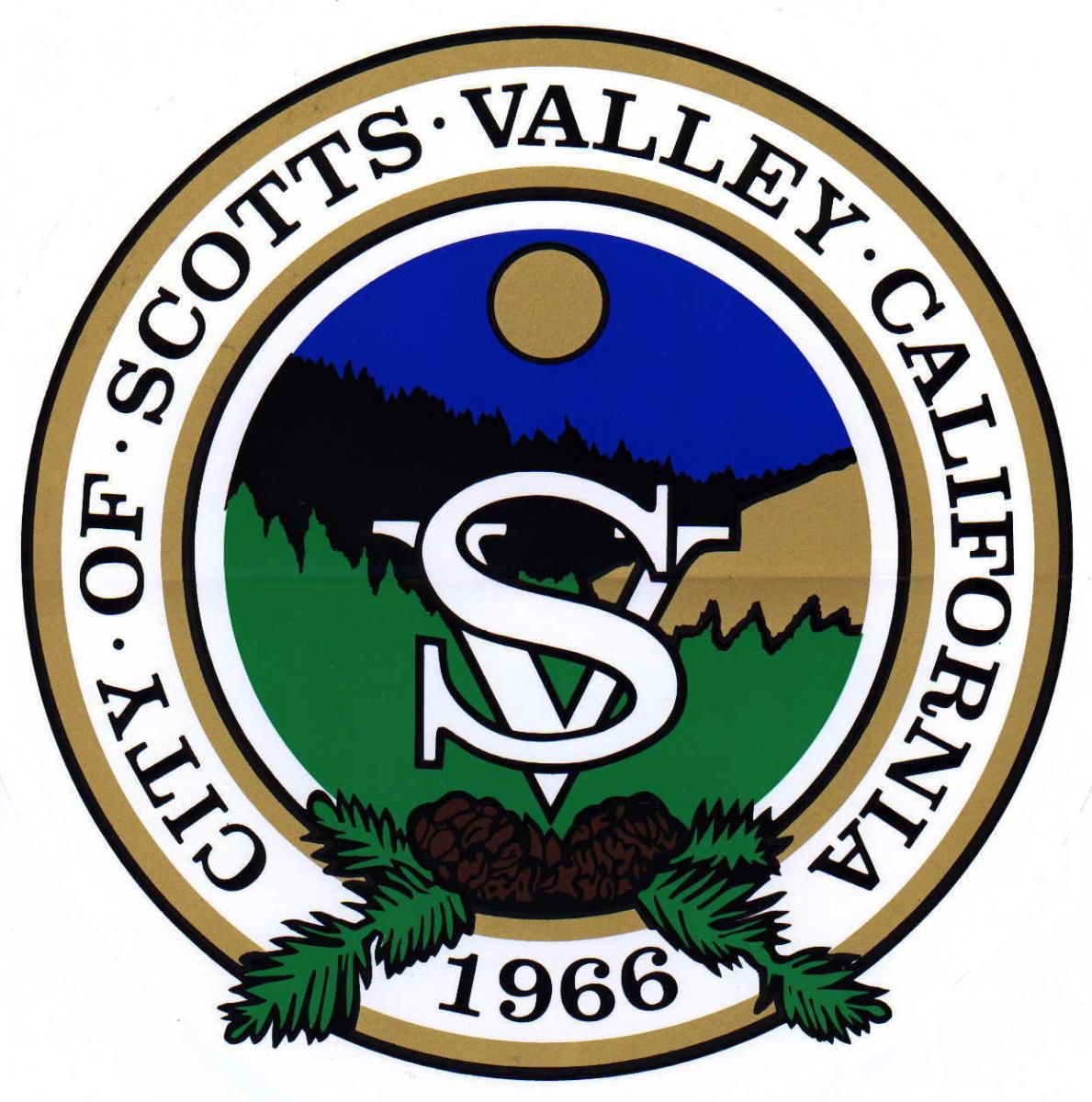 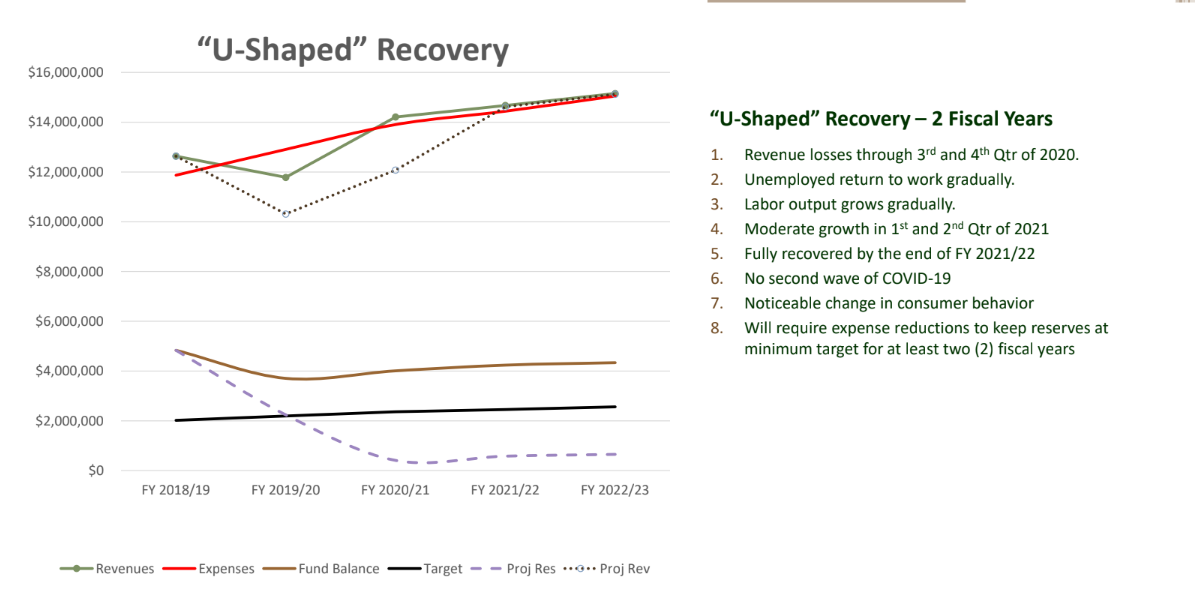 A slide from Friend's presentation to the City Council on June 3rd.

A slide from Friend's presentation to the City Council on June 3rd.

This early March, Scotts Valley city officials gave sighs of relief when voters approved Measure Z, an increased sales tax to support the slowly spiraling city funds.  However, shortly after the last Press Banner editorial on the matter, the shelter in place order began and decimated two of the city’s largest resources for revenue, sales tax and hotel tax.  While the city won’t understand the effect of SIP on sales tax until later in the month (sales goes through the County first, then the City), the City Council is already aware of large drops in hotel tax.  Due to these current circumstances, despite the passing of Measure Z and rigorous City Council efforts to support local business (like the Economic Recovery Subcommittee, temporary outdoor seating, and Restart Toolkits), the City of Scotts Valley’s is moving toward budget cuts.

Tina Friend, the City Manager of Scotts Valley, best understands the current Scotts Valley financial situation. “This is one of the most challenging times I’ve ever passed in local government. It’s incredible how everyone’s life has been touched and changed these past few months.” So far, the City Council has estimated a total of 2.1-million-dollar loss throughout this fiscal year.  Next year, using a recovery model described below, they predict a loss a little less than 1.6 million dollars.

On June 17th, Friend presented the preliminary budget to the City Council after three previous meetings of discussion.  The Fiscal Sustainability Committee, comprised of Mayor Johnson and Vice Mayor Timm, “crunched data and guided decisions between council discussions.” After analyzing many economic reports, Friend concluded, “There is no single theory about what the economic recovery might look like, because this event is unlike anything else we’ve ever since before. There’s quite a range of recovery theories with various levels of optimism.”

After great research, the City Manager proposed that implementing a “U-shaped” recovery model, would best correct the Scotts Valley’s budget, as a “generally, but not overly, optimistic economic recovery model.”  Friend further explained the decision behind the model, “Since we, as a county, have moved so rapidly through SIP protocols, we have a level of economic comfort with reopening to pick the most middle-ground model, with an estimated recovery of two years.”

The “U-shaped” recovery model employs a two-tier system of budgeting, which “will allow the City to be suitably cautious, depending upon these upcoming months.”  Tier 1 will be implemented first and includes less aggressive strategies, such as a hiring freeze, reduction of supplies and services, debt service savings, and reduction of CSA funding.  With these changes, the City will cut 1.12 million from the budget in the hopes of balancing it.  Tier 2 is comprised of more aggressive budget cuts, like sharing services, furloughs, layoffs, inter-fund loans, and use of reserves.  Although Tier 2 is quite intimidating, Friend assured me that, “Tier 2 would only be implemented if our financial situation were to decline much more than we have predicted.  I’m holding it in my back pocket, only if our revenue assumptions are incorrect…  For instance, if our tax receipts come in much worse than predicted or we could potentially enact Tier 2 cuts if it were necessary to enforce another strict shelter in place.  It’s more of an art than a science.”

Despite the currently glum situation, Friend is grateful, “We would be having such a different conversation if Measure Z hadn’t passed.  It’s saved us from cutting 1.5 million dollars from this year’s fiscal budget, and another 2 million dollars from next year’s. Measure Z is saving our city.  We would have to severely curtail our services, without it.” Ultimately, Friend is proudly says,

“The average Scotts Valley resident will not feel a tremendous difference with Tier 1 budget cuts.  We’re going to make do and figure it out.  We may not be able to maintain the parks perfectly or implement other service changes, but we will soon be able to restore all services and increase some, to continue to make our Valley a great place to live.”