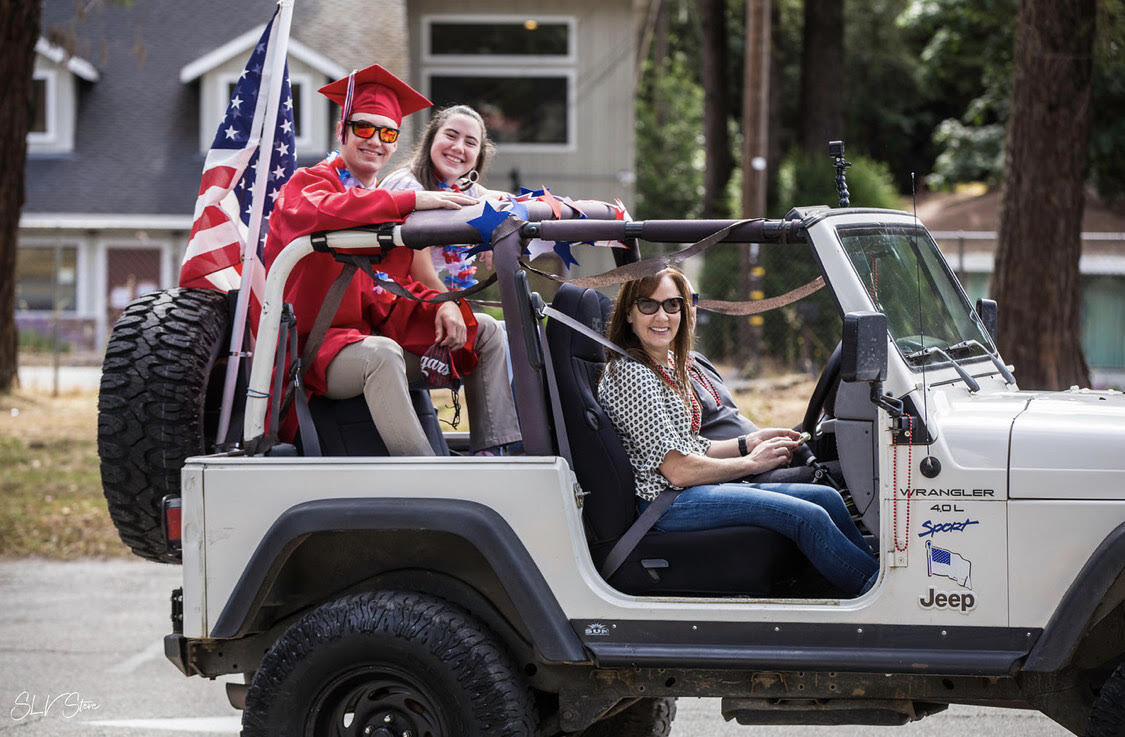 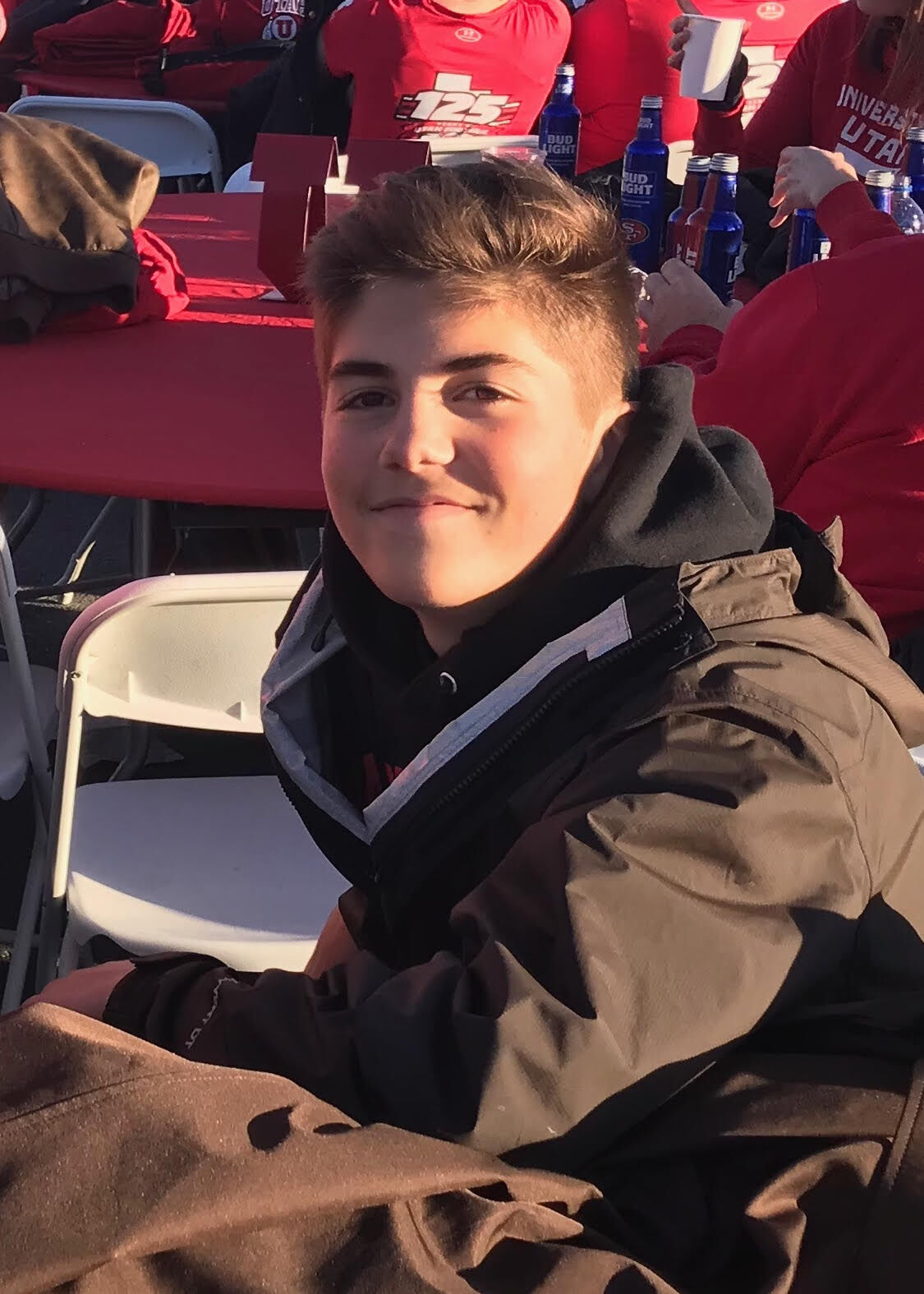 RJ Kindred is the kind of person you want to be when you grow up. A determined athlete and dedicated community member, he has woven his way through a lifetime of education in the San Lorenzo Valley, and emerged from the other side with an eye on serving his community.

It’s this spirit and determination that resulted in Kindred ending his senior year in high school with not only a diploma, but a raft of awards and scholarships. Each is meaningful to the SLV grad, but his heart was most moved with the award of the Jack DeBord Memorial Scholarship. The $20,000 gift ($5,000 over four years) means that Kindred can pursue his goals of working in the fire service, but it means so much more than that to this well-spoken young man.

“I knew Jack on the football field,” says Kindred. “He was a hard-working kid that everyone liked and respected. When we were doing our summer training for football, we’d all work out together, but then the coaches would split is up into our positions on the team. Jack was going to be the starting JV football quarterback, and I was lined up to be the starting varsity quarterback, so we worked together pretty closely. He was just an awesome kid—smart, funny, driven, super hard worker. Everyone loved him.”

At the first home football game at SLVHS with Scotts Valley High School in August of 2019 following Jack’s death, SLVHS Principal Jeff Calden read the following statement: “Our two communities shared a loss this summer, and we want to recognize that Scotts Valley resident, and San Lorenzo Valley High School student athlete, our friend, Jack DeBord, isn’t here with us tonight. We lost Jack to suicide in June, and to those students who are here tonight, know that you are loved, that there is no shame in asking for help, and that each of your lives is meaningful.” Those words were shared again in the presentation of the scholarship to Kindred in a video that can be found at https://youtu.be/Bf2jG7uXDxA.

Jack’s parents, Katalin and Jim, were both pleased that Kindred was the inaugural recipient of the scholarship. “After Jack’s death, it very quickly became apparent to my husband that he wanted to do something to honor Jack and bring awareness to suicide prevention. We couldn’t have been more caught off guard by Jack’s decision to take his life. Our faith in Jesus Christ is the only thing that is sustaining us through such a devastating loss.” Indeed, the family has embraced Romans 8:28: And we know that God causes all things to work together for good to those who love God, to those who are called according to His purpose. “This is a reflection of the Lord taking an awful situation and bringing good out of it,”says Katalin. “Jack had the world by the tail,” says Jim DeBord. “He excelled at everything he ever tried. He had a long list of outstanding accomplishments, but his character was at the top.”

The DeBord family worked with the Community Foundation of Santa Cruz County (CFSCC) to establish a scholarship in Jack’s name. “We had three things in mind after Jack’s death,” says Jim. “We wanted to be bold in our faith, highlight suicide awareness and prevention, and keep Jack’s name alive, so we set up this scholarship to honor him and benefit the community. He was super attached to the SLV community,” says Jim, his voice cracking. “Our only parameters for the recipient were that the winner had to be an SLVHS senior and a student athlete,” says Katalin, “and we’re really grateful that RJ was the awardee.” Jim is equally pleased. “I saw the video published by CFSCC naming RJ as the recipient, and it was unbelievably moving. RJ’s statement regarding Jack is a testament to our son’s character.”

It came as a tremendous shock to Kindred, and the SLVHS football family, when DeBord committed suicide in June of 2019. “It was just a really bad time.”

The recollection of those times may be part of Kindred’s drive to serve his community in the fire service. Kindred spent two years in the Boulder Creek Fire Department’s Internship Program (participants must be in their junior or senior year of high school), and walked away with invaluable lessons that he hopes to apply to his line of work. “I’m going to start Cabrillo in the fall, and then, I want to transfer to a four-year college in Idaho or Montana and pursue a degree in fire science, and I want to come back here and work as close to the valley as possible. This is my home.”

A portion of Kindred’s winning essay for the DeBord scholarship:

“This past summer a friend, teammate, and someone that pushed me to be my best every day, passed away. He was only fifteen years old and he took his own life. His name was Jack Debord. He was the quarterback of the JV team and I was the quarterback for varsity. He was only a sophomore, but he was incredible. Everything he did was effortless and perfect. Nobody knew how he did it. When he threw, the ball had the tightest spiral and his powerful clean form was flawless. He was extremely special and [I wish] he knew the impact he had on me and everyone around him. For our football team, we…have workouts [where] we go against each other and compete for time or reps. One…time he beat me and our head coach came over to me and said, “Jack is beating you!” and told me that he was better than me. That right there lit a fire under me and pushed me to a new extreme. That off-season extra work helped me become 1st team All League Safety and MVP of our school team. He not only affected people in the weight room but also on the field and at school. He is the kind of kid everyone wants to be and be around. Jack had the smarts, the athletic ability, and the perfect relationship with his friends and girlfriend. He was something out of a book or movie.”

If you would like to contribute to the Jack Debord Memorial Scholarship fund, contact the Community Foundation of Santa Cruz County at cfscc.org.