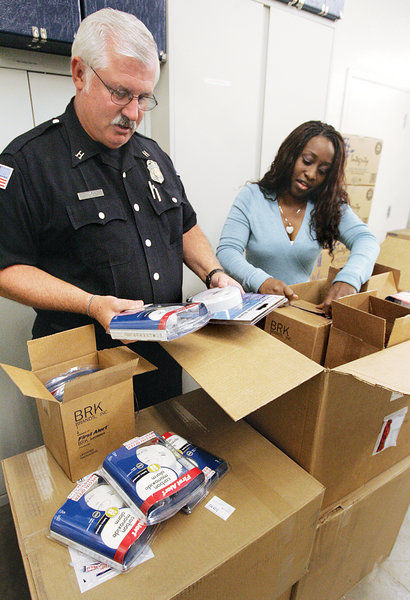 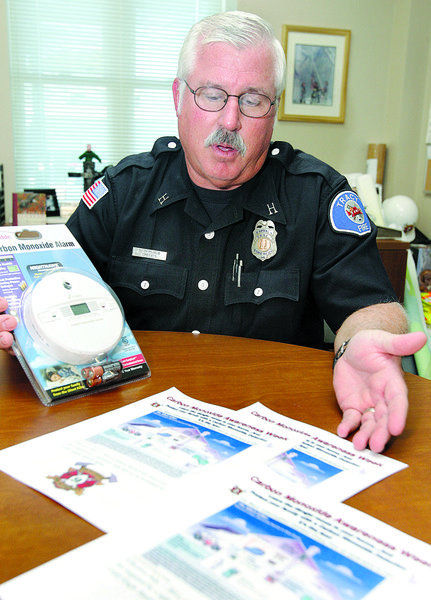 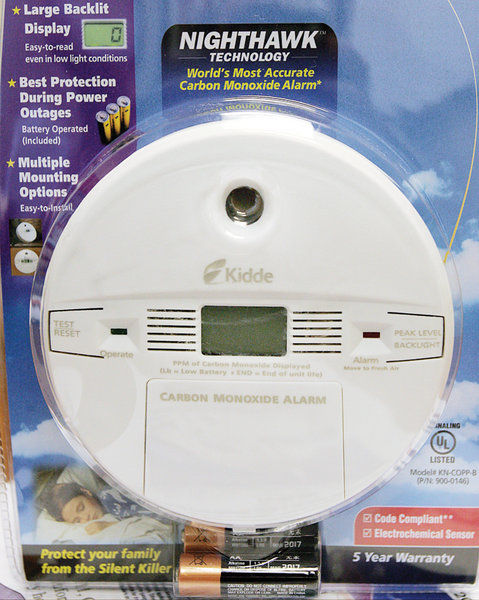 One of the types of carbon monoxide detectors the fire department will distribute to low income families. Glenn Moore/Tracy Press

One of the types of carbon monoxide detectors the fire department will distribute to low income families. Glenn Moore/Tracy Press

As families ward off cooler temperatures with warm heaters, local officials are warning residents about a new state law regarding carbon monoxide detectors designed to keep people safe from the potentially deadly gas.

The Tracy Fire Department, in partnership with Sow A Seed Foundation, is working to educate residents about a law that took effect July 1 requiring carbon monoxide detectors in every single-family home, said Capt. Steve Ohmstede. Multi-family dwellings should be equipped by Jan. 31, 2013.

As part of Carbon Monoxide Awareness Week, so proclaimed last week by Mayor Brent Ives, Tracy firefighters will distribute and install detectors for low-income families free of charge. The detectors, about 200 of them, were made possible through a fundraising effort by Tracy-based Sow A Seed.

Spearheading the Tracy program was foundation executive director Rhodesia Ransom, whose cousin died because of carbon monoxide poisoning in 2007. It was partly because of her family’s efforts that California’s Legislature passed the law requiring detectors in every California home.

“I remember that date like it was yesterday,” she said, looking back at the loss of her cousin. “She turned on a heater, and never woke up.”

Ransom’s foundation coordinated with the companies First Alert and Kidde Corp to obtain and distribute the detectors throughout the city of Tracy. Ransom, who spoke briefly at last week’s City Council meeting on behalf of the effort, said awareness is the key to safety.

“It’s important to our organization to educate the community and empower them to make sure they are aware (of the dangers),” she said.

Carbon monoxide is an odorless, colorless, tasteless gas that is difficult to detect without the proper equipment. The gas can overtake a human body without warning — once inhaled, it reduces oxygen levels in the blood, posing a hazard for the heart, brain and other vital organs. The symptoms may appear as flu-like, but high or prolonged exposure may lead to death.

Many household appliances can be a source of CO, including heaters, fireplaces, furnaces, running automobiles and charcoal burners inside unventilated areas, as well as all gas-burning appliances.

Carbon monoxide detectors come in a variety of models and makes, and most can be purchased at hardware stores for between $19 and $30 each. Ohmstede said the detector must have a UL — or Underwriter Laboratories — approval for safety.

Similar to smoke detectors, every home needs at least one detector installed on every level in the living areas, such as bedroom hallways.

Anyone interested in learning more about carbon monoxide detectors and the fire department’s free distribution program can stop by the Tracy Fire Department administration building on Central Avenue and Ninth Street, or call 831-6700.