You are the owner of this article.
Edit Article Add New Article
You have permission to edit this article.
Edit
Welcome, Guest
COVID-19 Coverage
News
Voice
Our Town
Sports
Datebook
Obituaries
Advertising
Classifieds
Special Sections
1 of 9 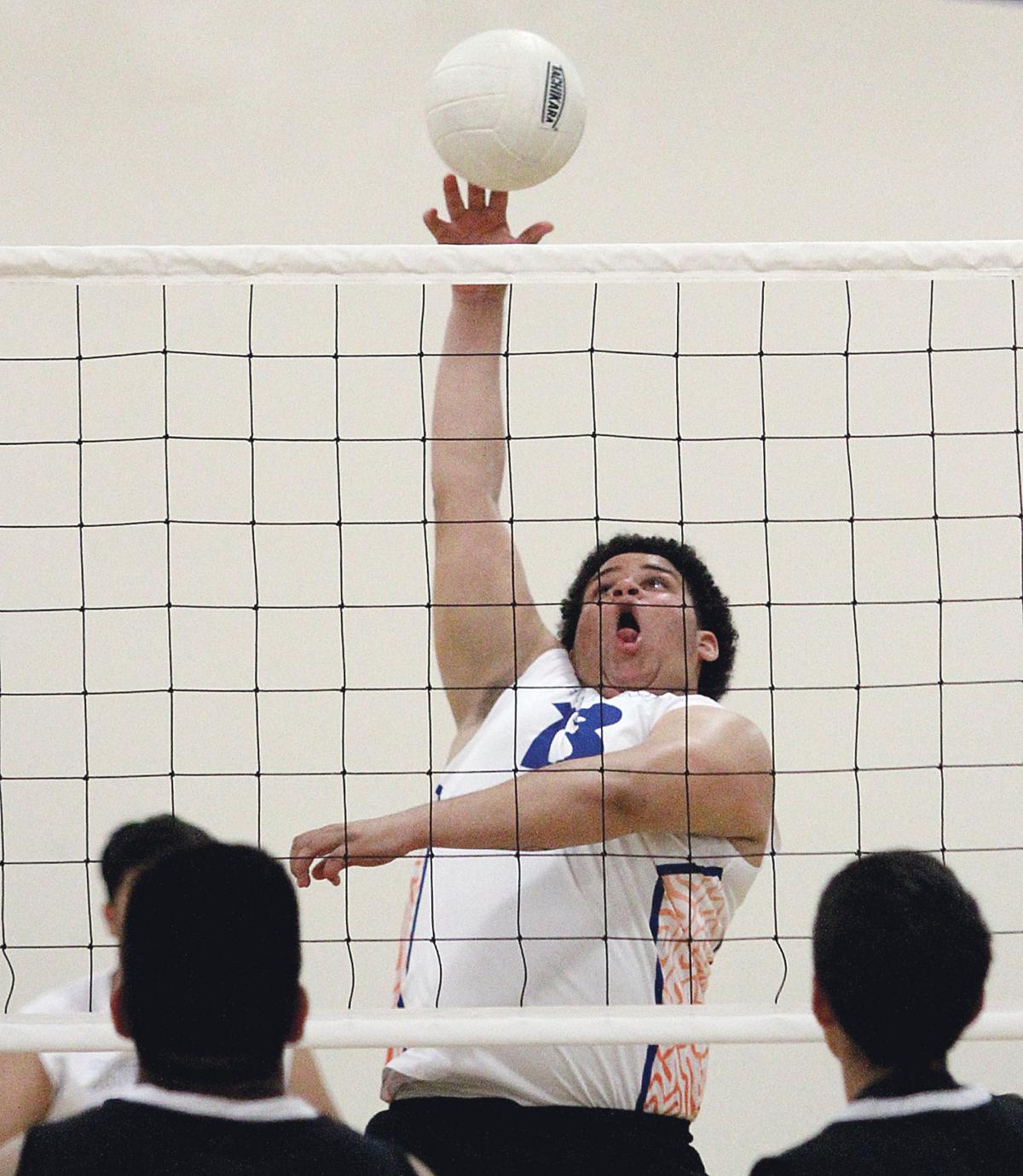 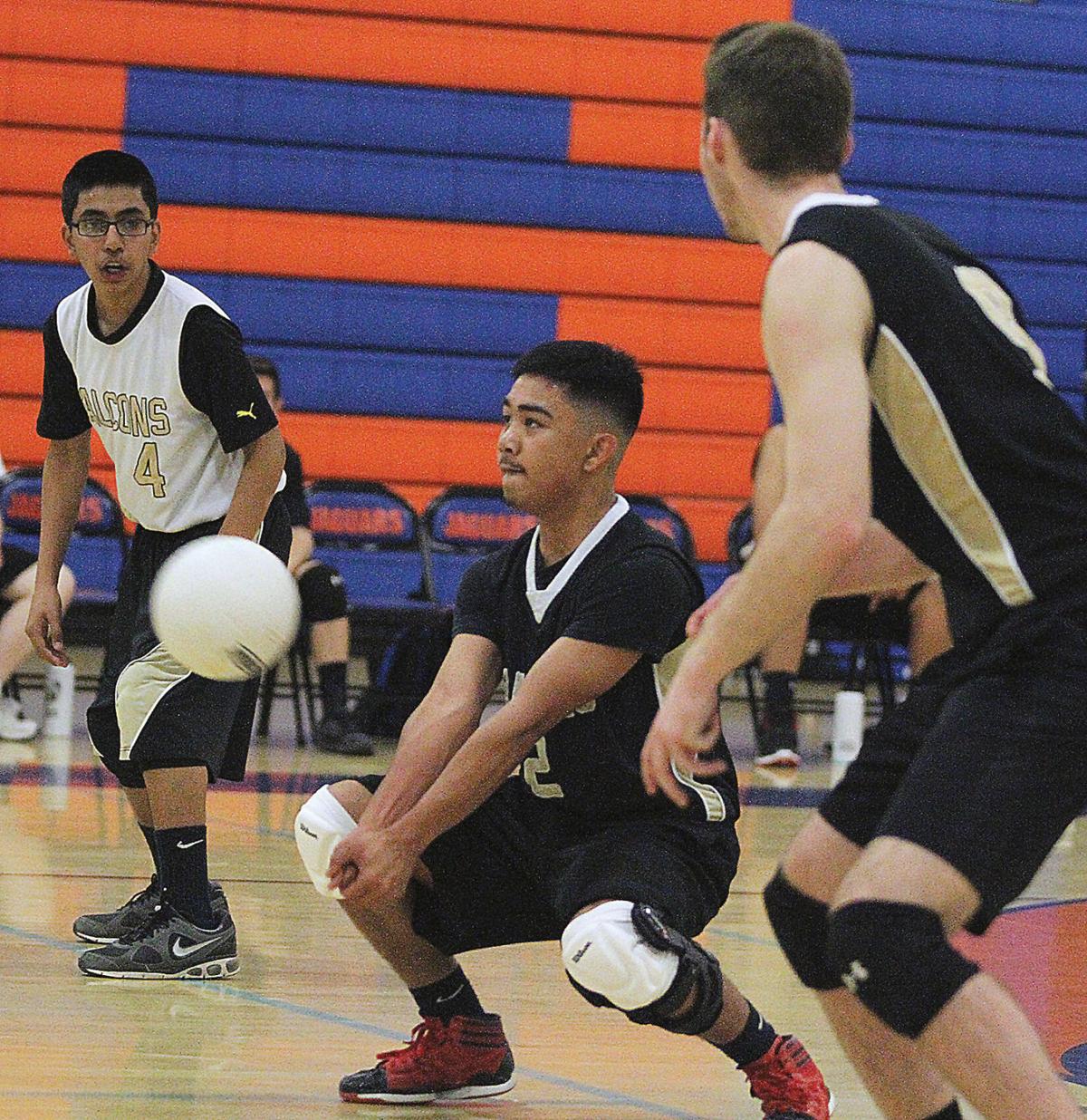 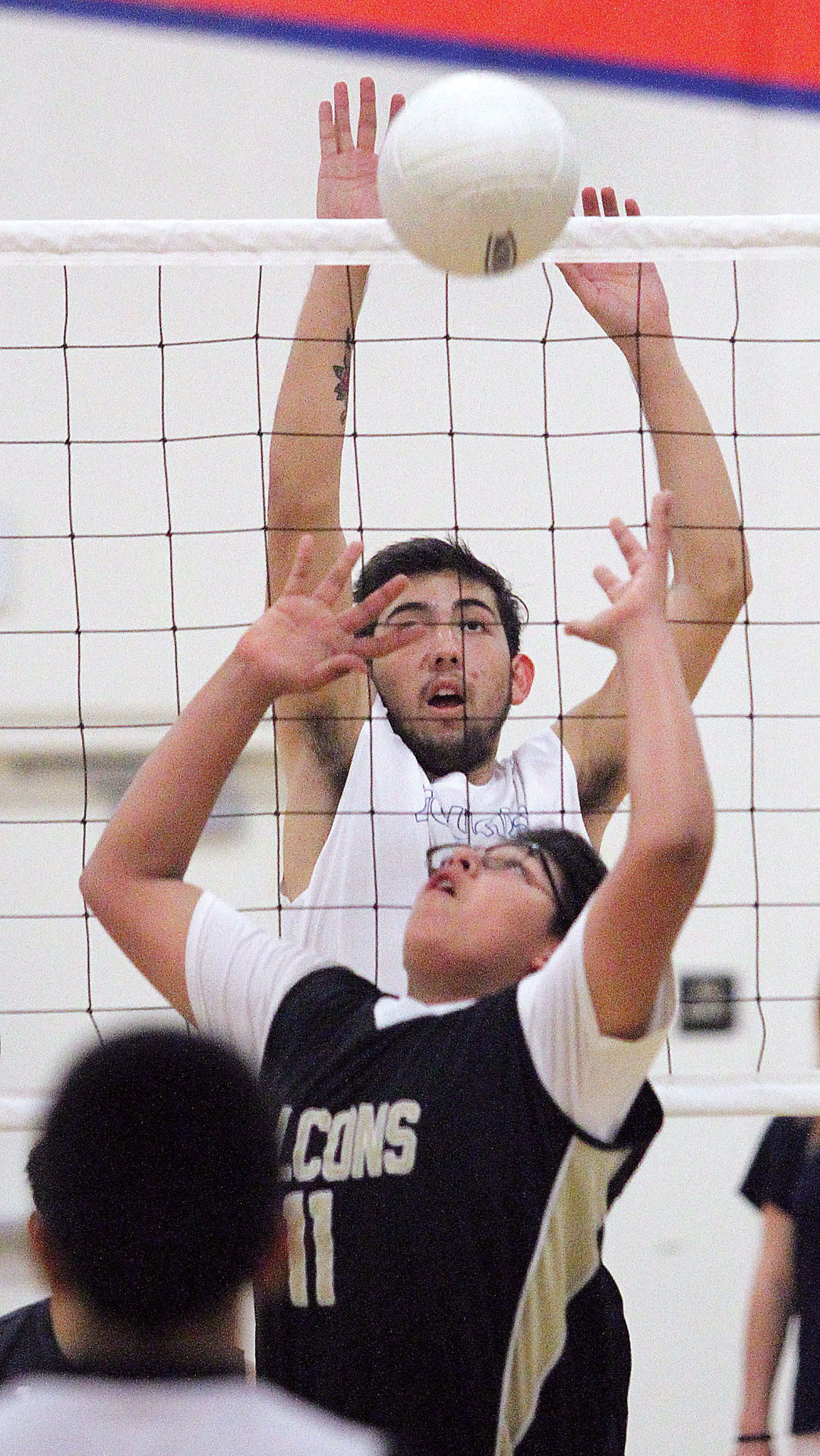 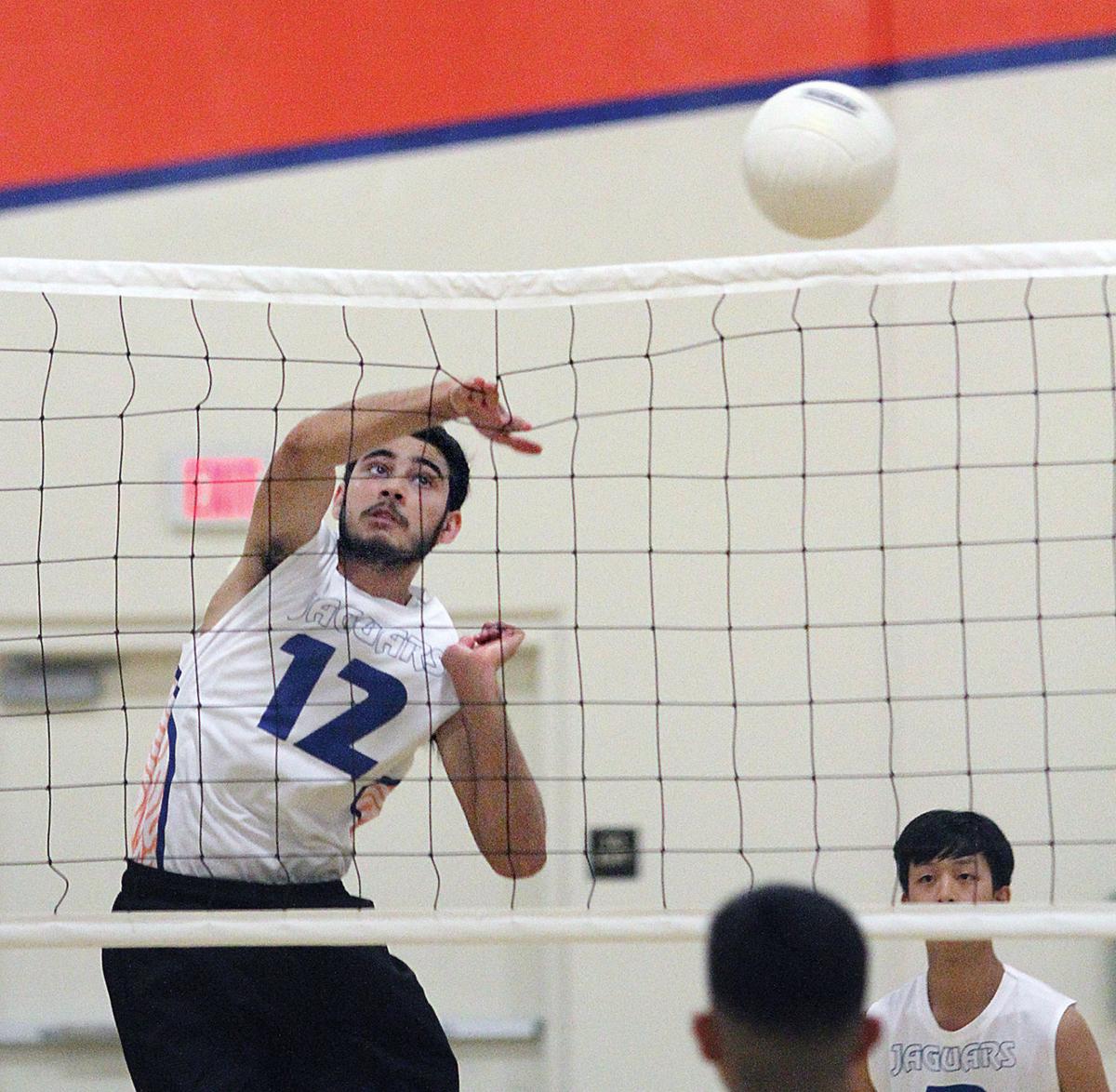 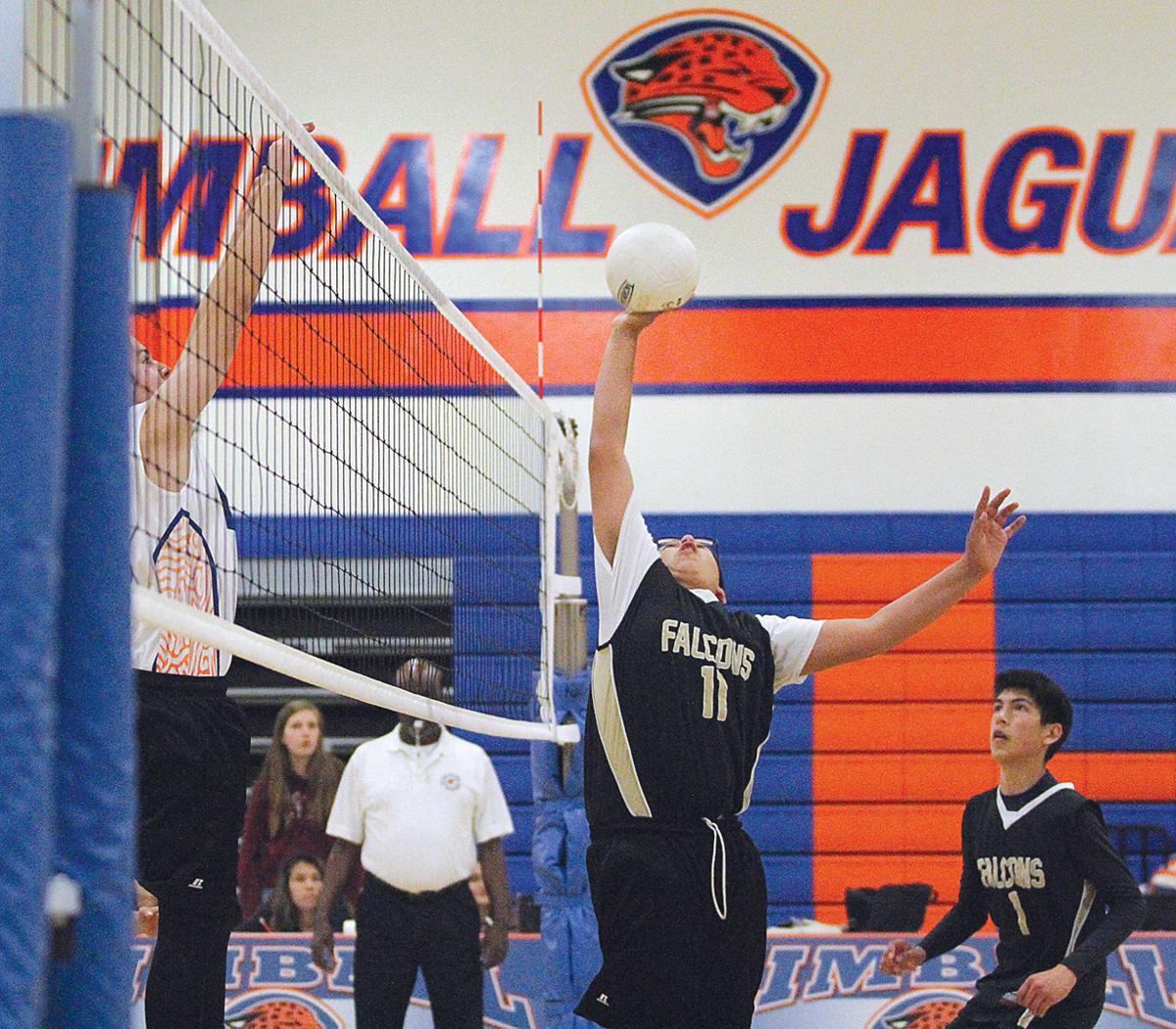 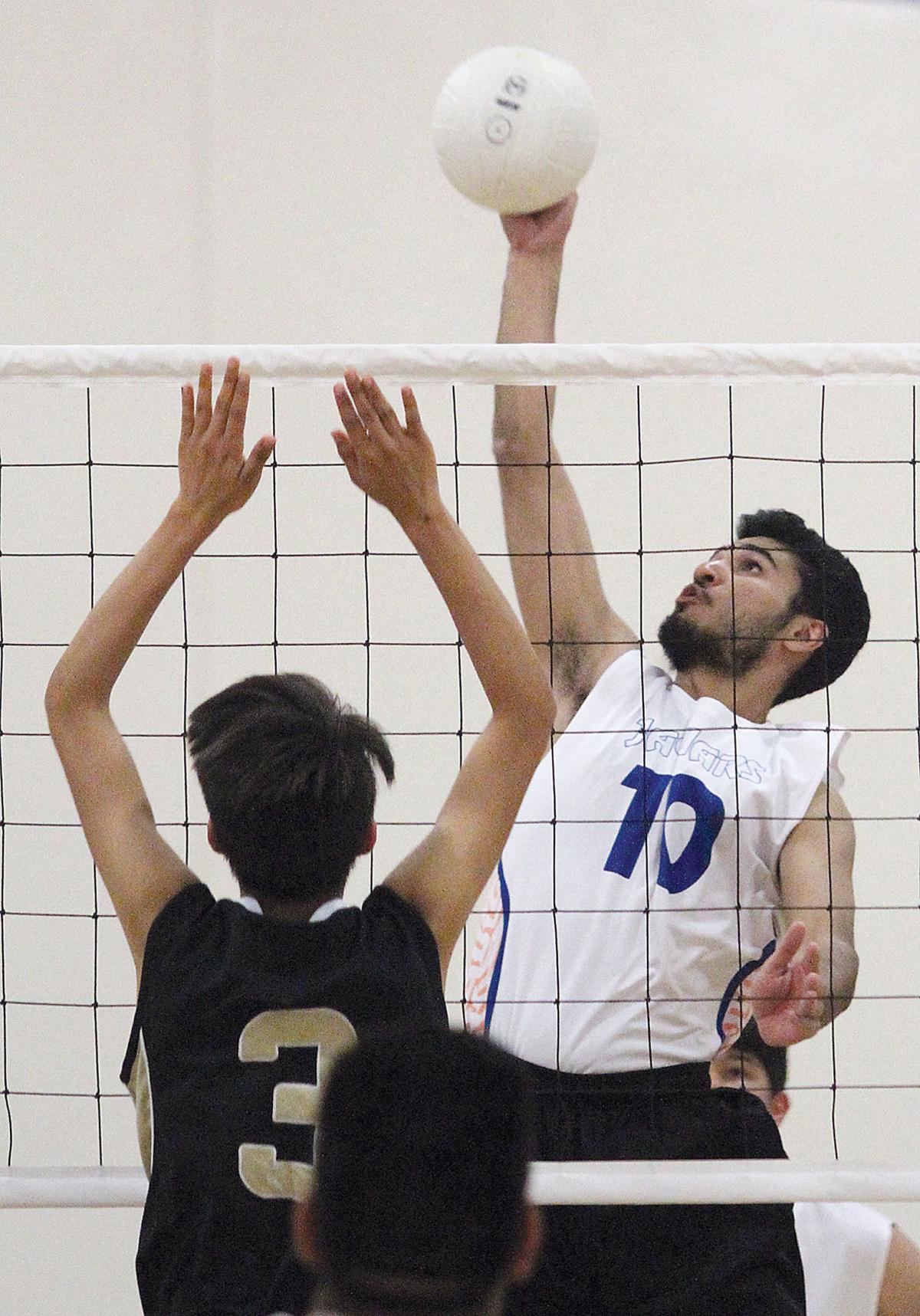 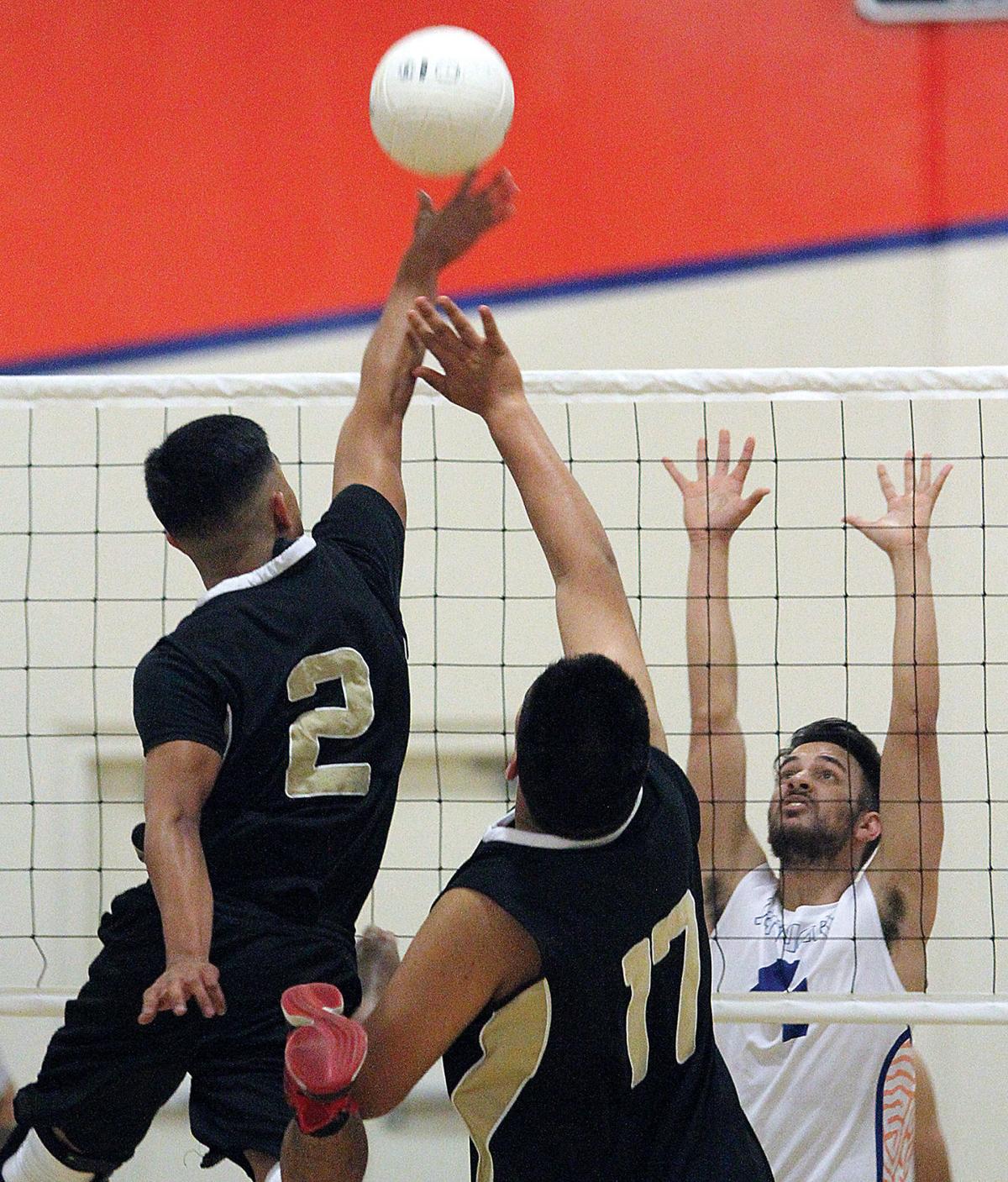 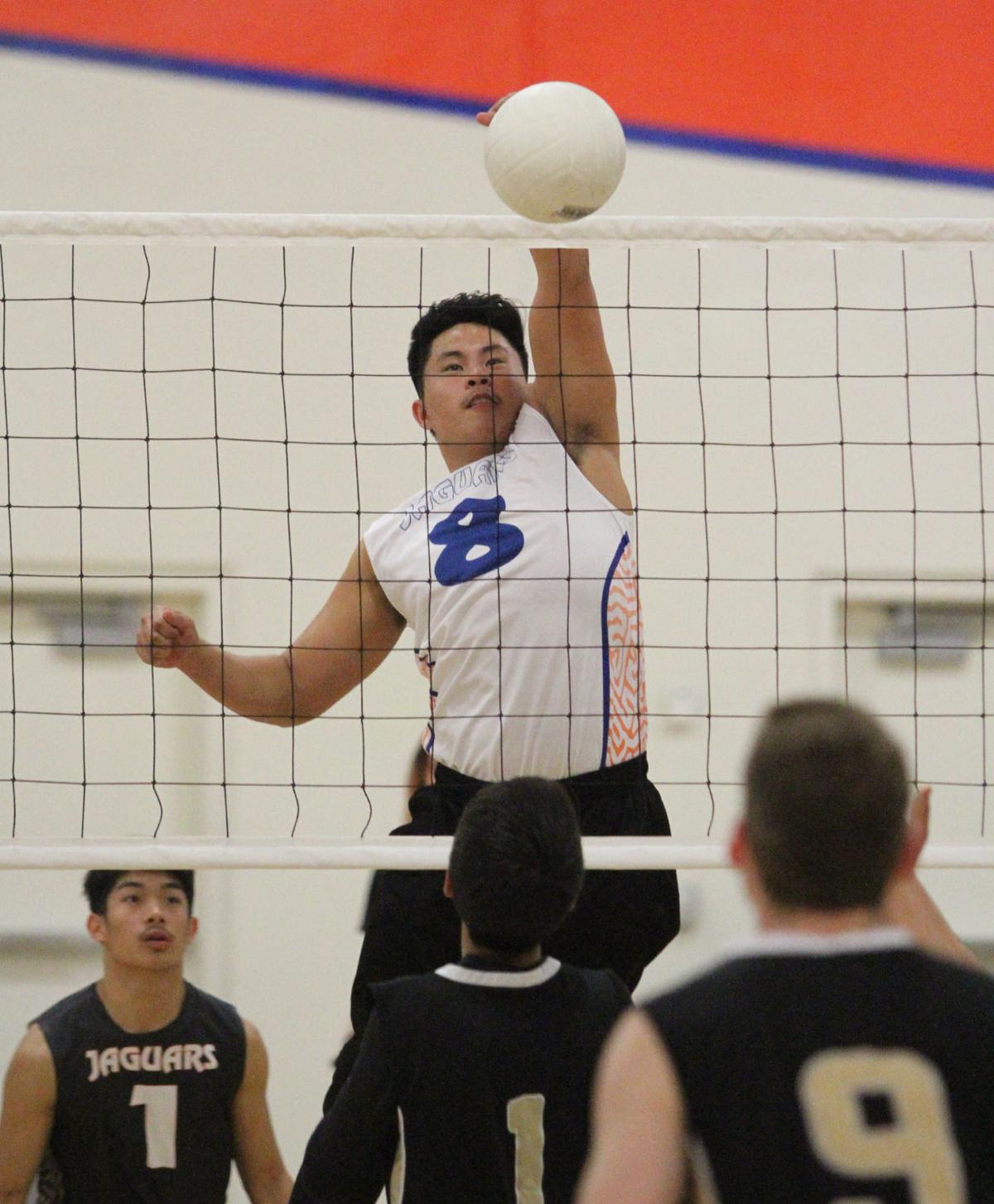 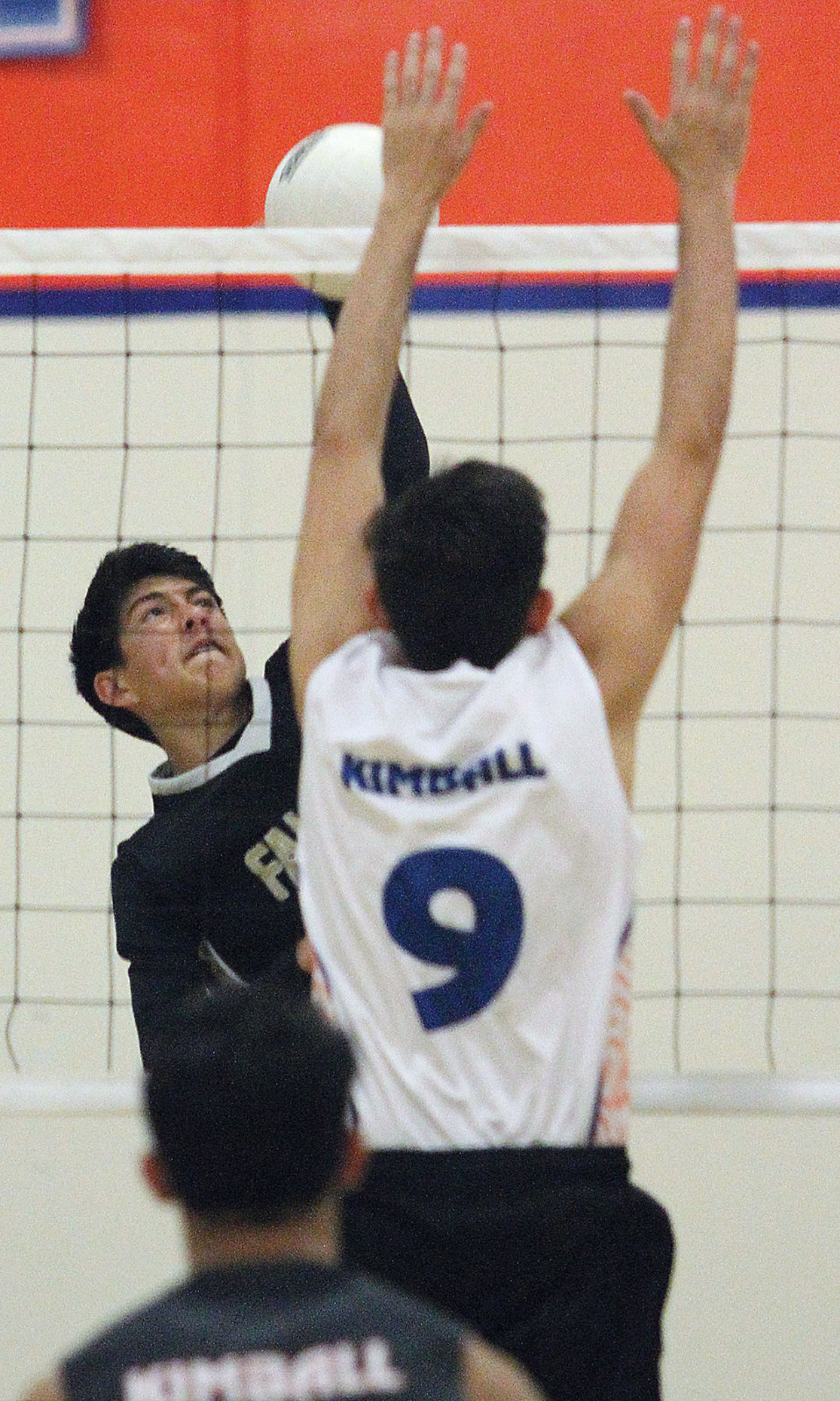 Kimball High senior Tyler Doan said that after only a few weeks of practice, the Jaguars’ boys volleyball team is on its way to a successful inaugural season.

“We as a whole came together and just wanted to play volleyball. It’s all a team effort,” said Doan, who plays football in the fall and soccer during the winter at Kimball High.

Boys volleyball is gaining popularity in the Sac-Joaquin Section, with four local teams added for the 2017 spring sports season. Early matches included the new Kimball team (2-0) against a new Millennium team (0-1) at Kimball High on Wednesday.

Kimball led through the first set, though the Falcons were able to score on strong serves from freshman Brian Arroyo and sophomore Daniel Hernandez. Kimball finished with a string of points by Pajarillo.

The Jaguars jumped out to a big lead early in the second set with senior Garret Pun at the service line, and after some back-and-forth scoring, Doan came back to the line for another series of service points at the end.

Kimball sophomore Oliver Sanchez served a series of points that put Kimball up early in the third set. The Falcons’ Arroyo came up with some effective attacks late in the set, but the Jaguars quickly reclaimed the match.

Pun said the Kimball players are confident going into the season.

“I love volleyball, and so does this team. It’s the first year here, so we’re excited to form (the team),” he said. “I think we do a good job executing. We did a good job getting this W in our first game, and we’ll have more wins.”

Millennium players said they were eager to get out and see what a new season of competition had to offer.

“Since we didn’t have (boys volleyball) and we knew a lot of other schools have teams, we were excited to join,” said senior Fernando Zarate, who plays football in the fall. “We barely have six weeks practicing. We’ll get there. We’re expecting to bring more wins and have more fun. We’ll keep our heads up no matter what happens.”

In addition to the new teams at Kimball and Millennium, Delta Charter High has a new team, and Mountain House High is in its second year of boys volleyball.

“We were blessed with athletes, athletes who just needed volleyball skills,” he said. “Once we set our goal — and our goal is to take league title for VOL — everyone has been working towards it.”

The team includes 12 seniors, three sophomores and one freshman.

“They’ve all put in the same amount of effort and time, and they all feed off of it,” the coach said. “That positive energy around that has just built this team.”

Millennium High athletic director Stevi Balsamo said that the Falcons will play in the five-team Central California Athletic Alliance with Brookside Christian, which also has a new program this year, and Big Valley Christian, Stone Ridge Christian and Venture Academy.

She said the addition of boys volleyball emerged from the school’s desire to get more students involved in athletics.

“I put out an interest survey, because we’re trying to find out what sports we can bring in. We had a higher number express interest than actually came to tryouts,” she said. “Once they saw it’s not just a game of P.E. volleyball and they saw the work that goes into it, we lost a few.”

The Millennium team has nine players — three seniors, a junior, a sophomore and four freshmen.

“I’m hoping that, through seeing what these guys do with what they’re starting, the program will start to grow and we’ll get some numbers in there,” Balsamo said. “Anytime you have a first season of anything, it’s exciting.”

The Mountain House boys are well into their season, and after five losses, they’ve logged a pair of wins, including a 3-0 victory at home over Delta Charter High on Wednesday.

The Mustangs are in their second year of boys volleyball, but only one other Trans Valley League school, Hilmar, has a team this year.

Delta Charter (0-2) is in its inaugural season, and a senior, a junior, six sophomores and four freshmen make up the Dragons’ 12-player roster. Three other Mountain Valley League teams — Holt Academy, Lodi Academy and Stockton Christian — have boys volleyball teams for 2017.

Three competitive sets went to the Mustangs in Monday’s match at Lathrop High.