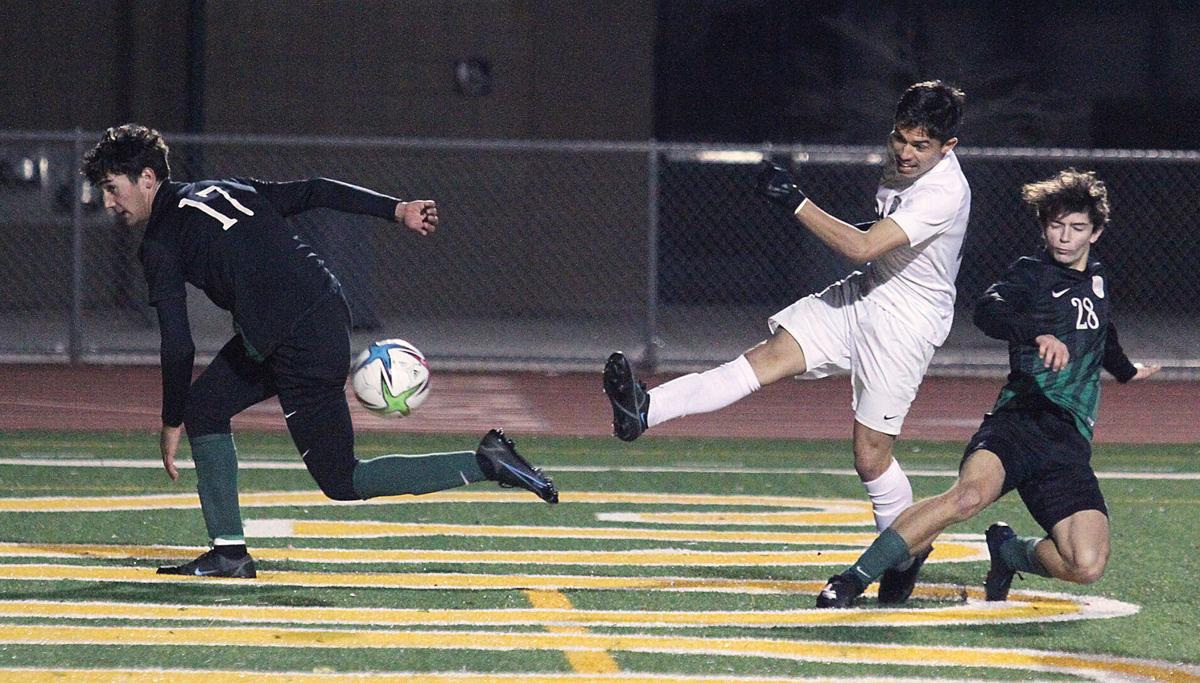 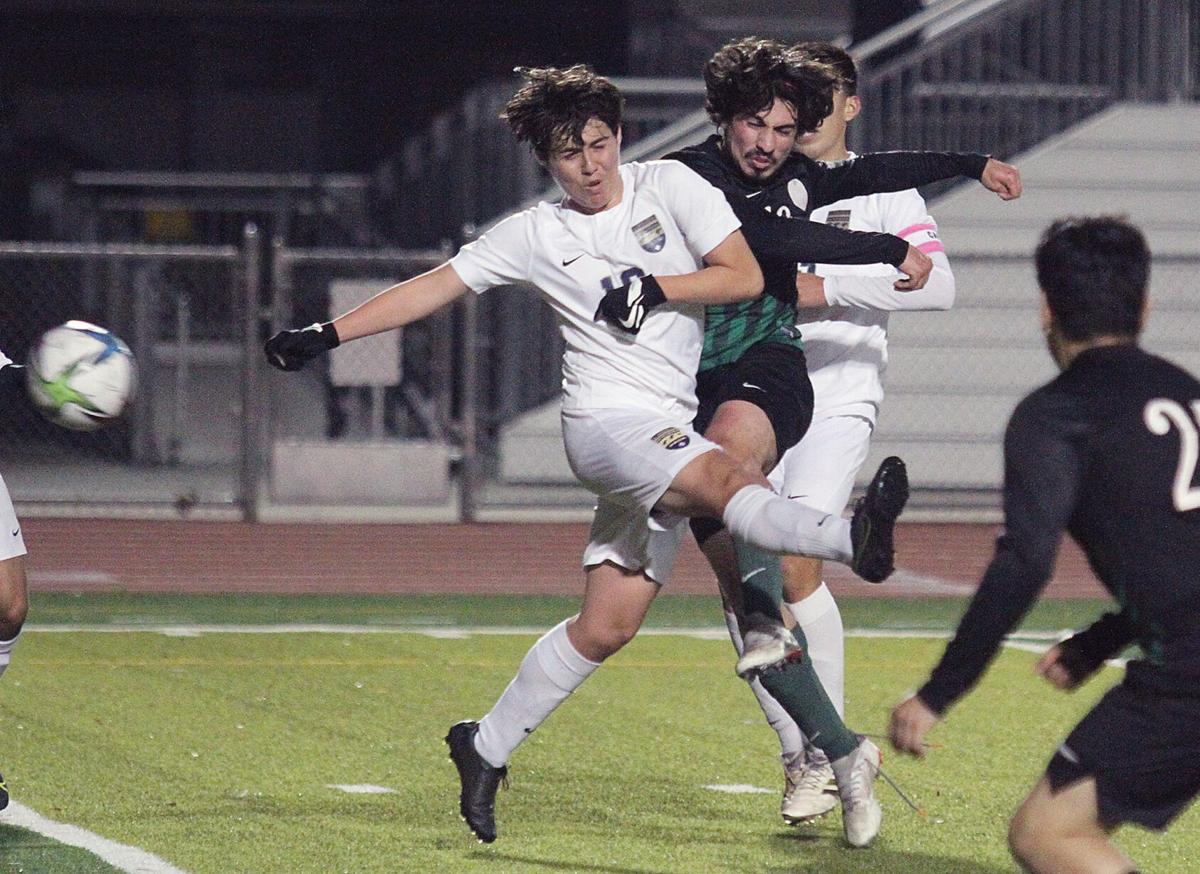 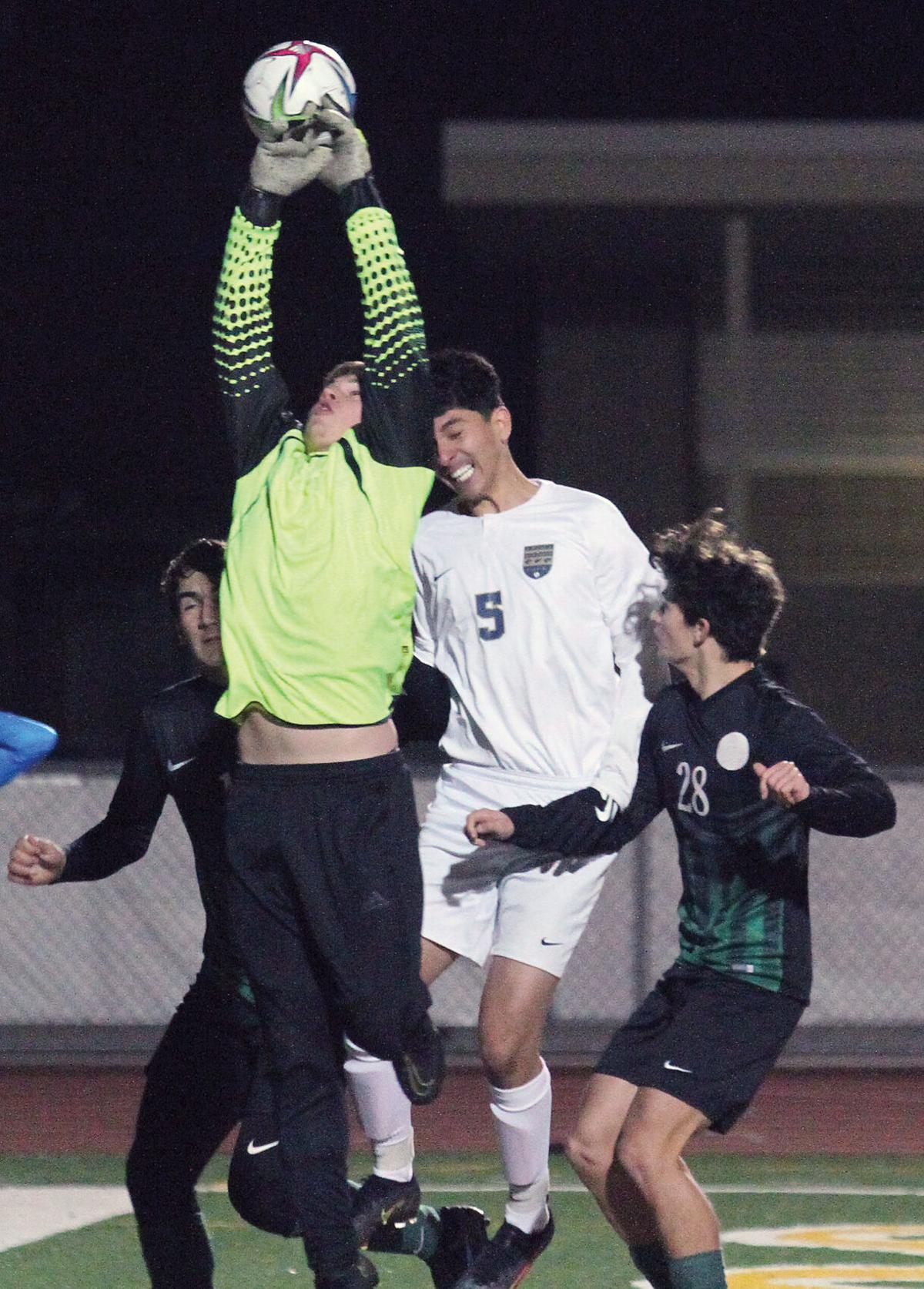 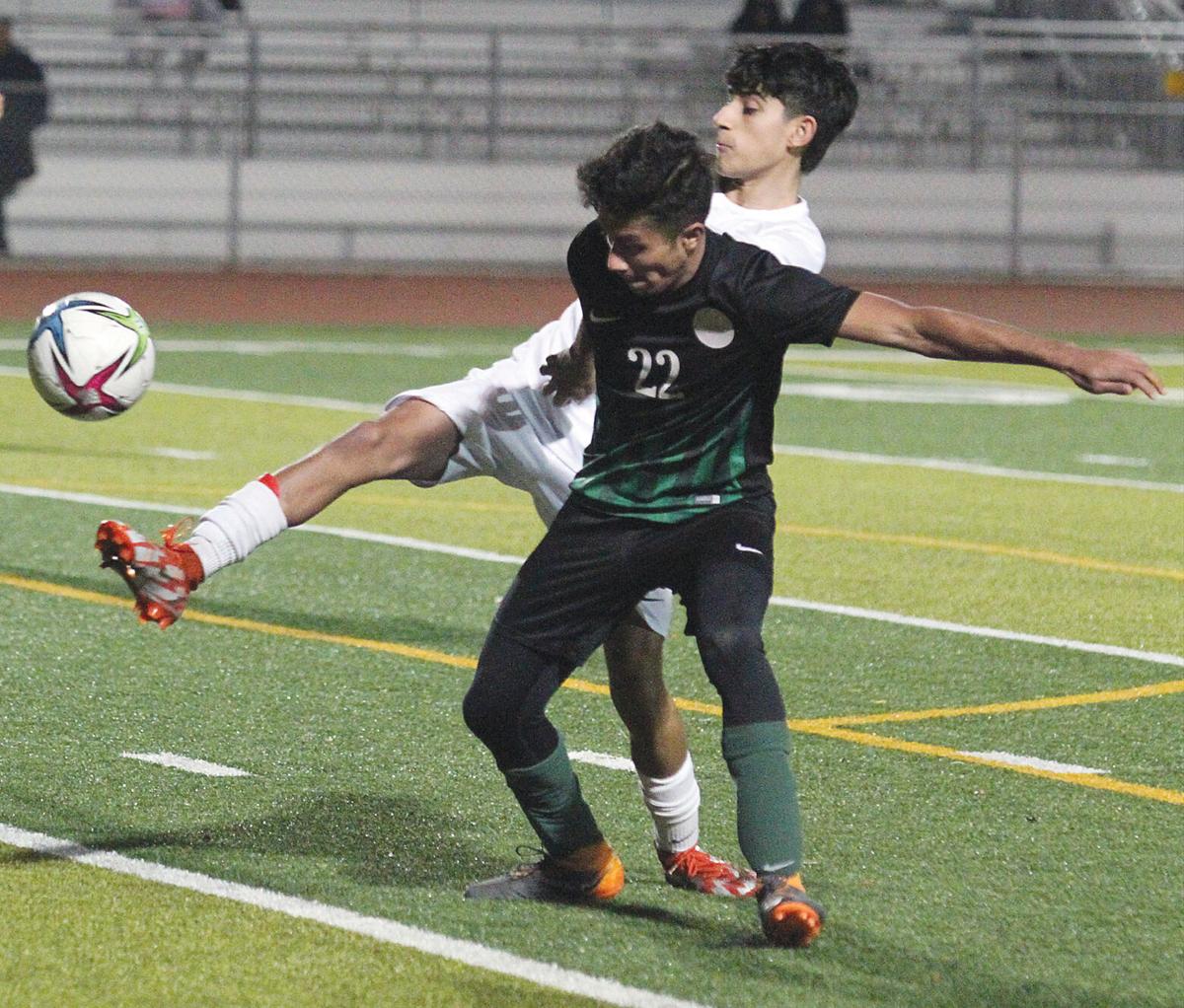 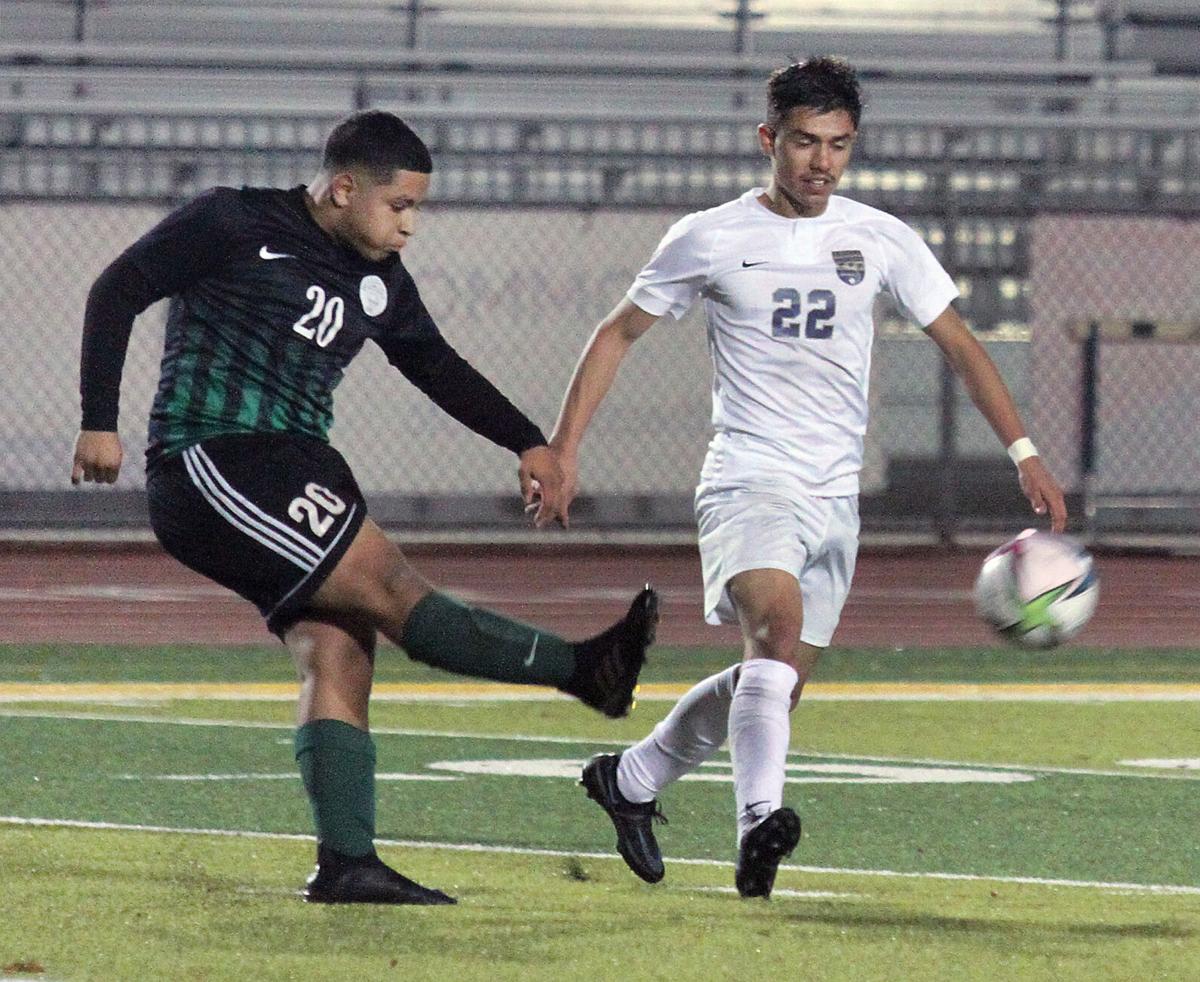 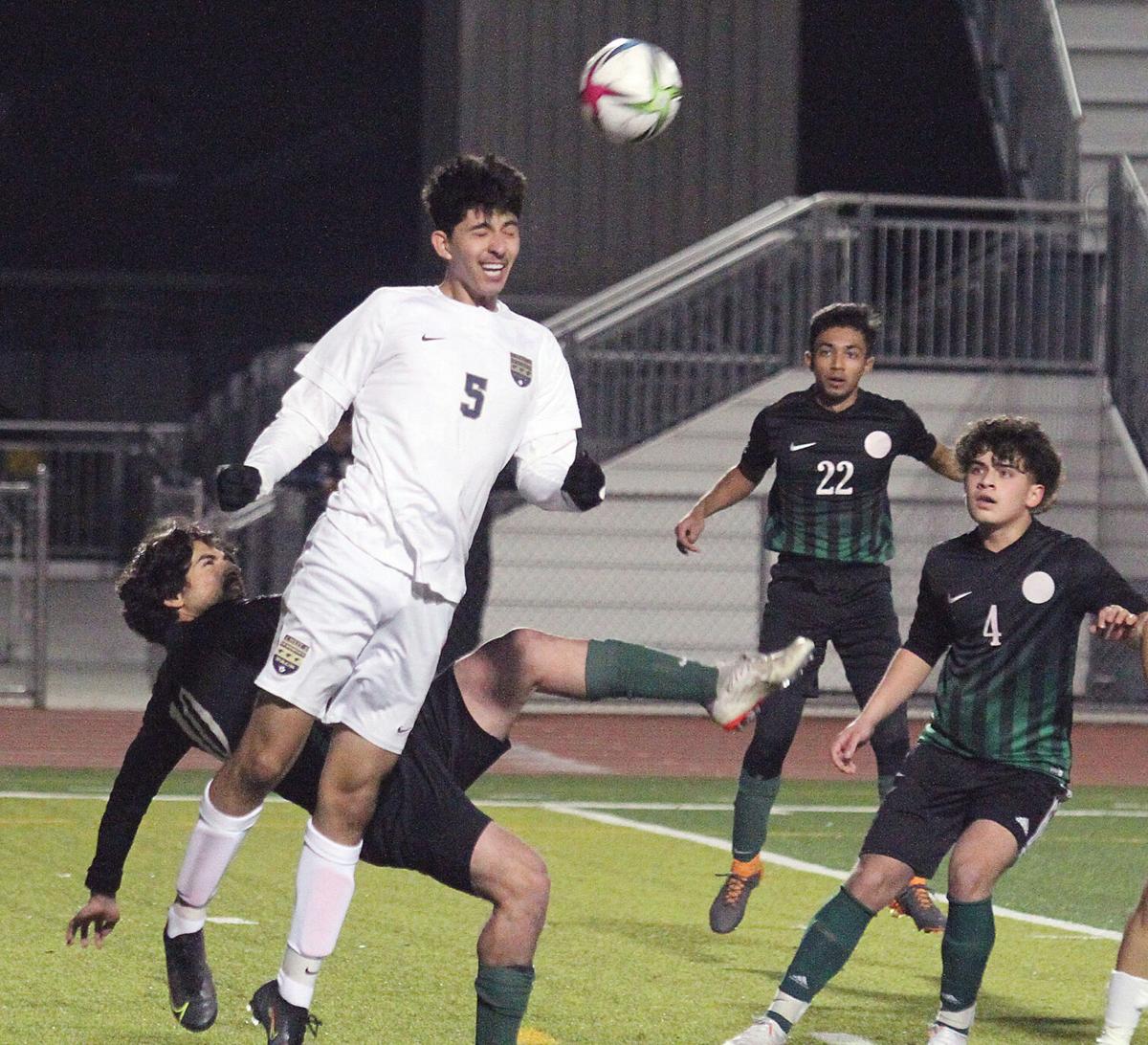 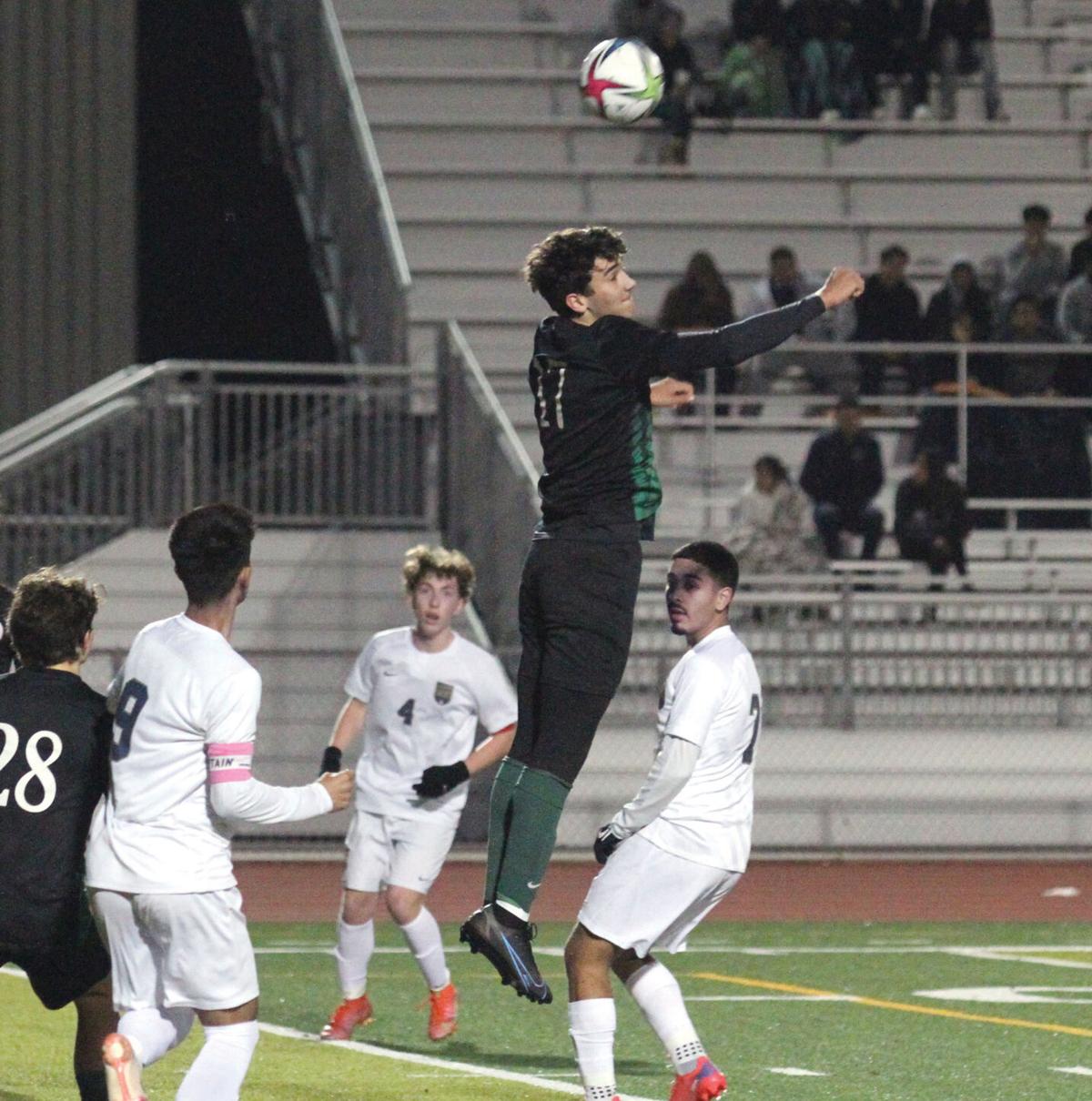 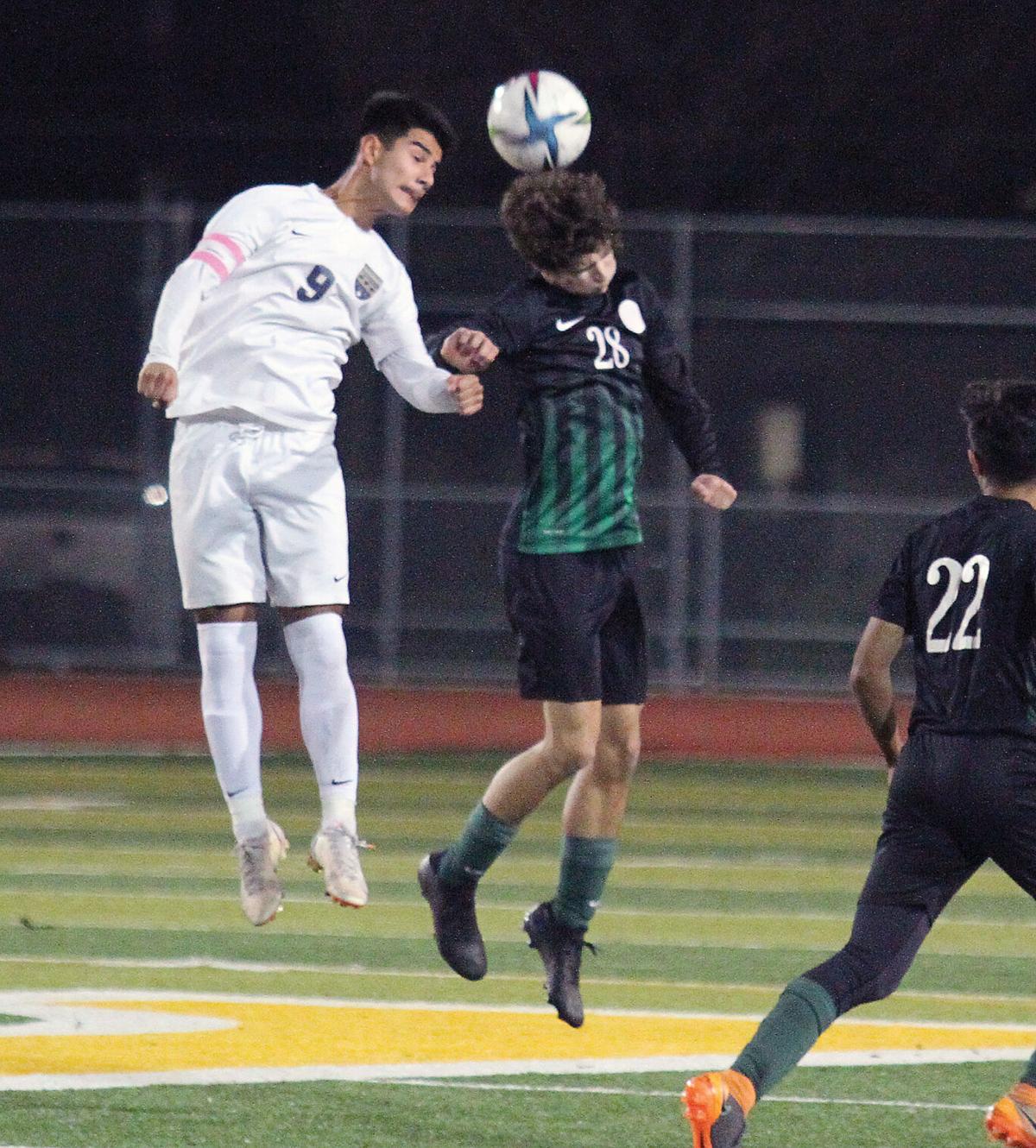 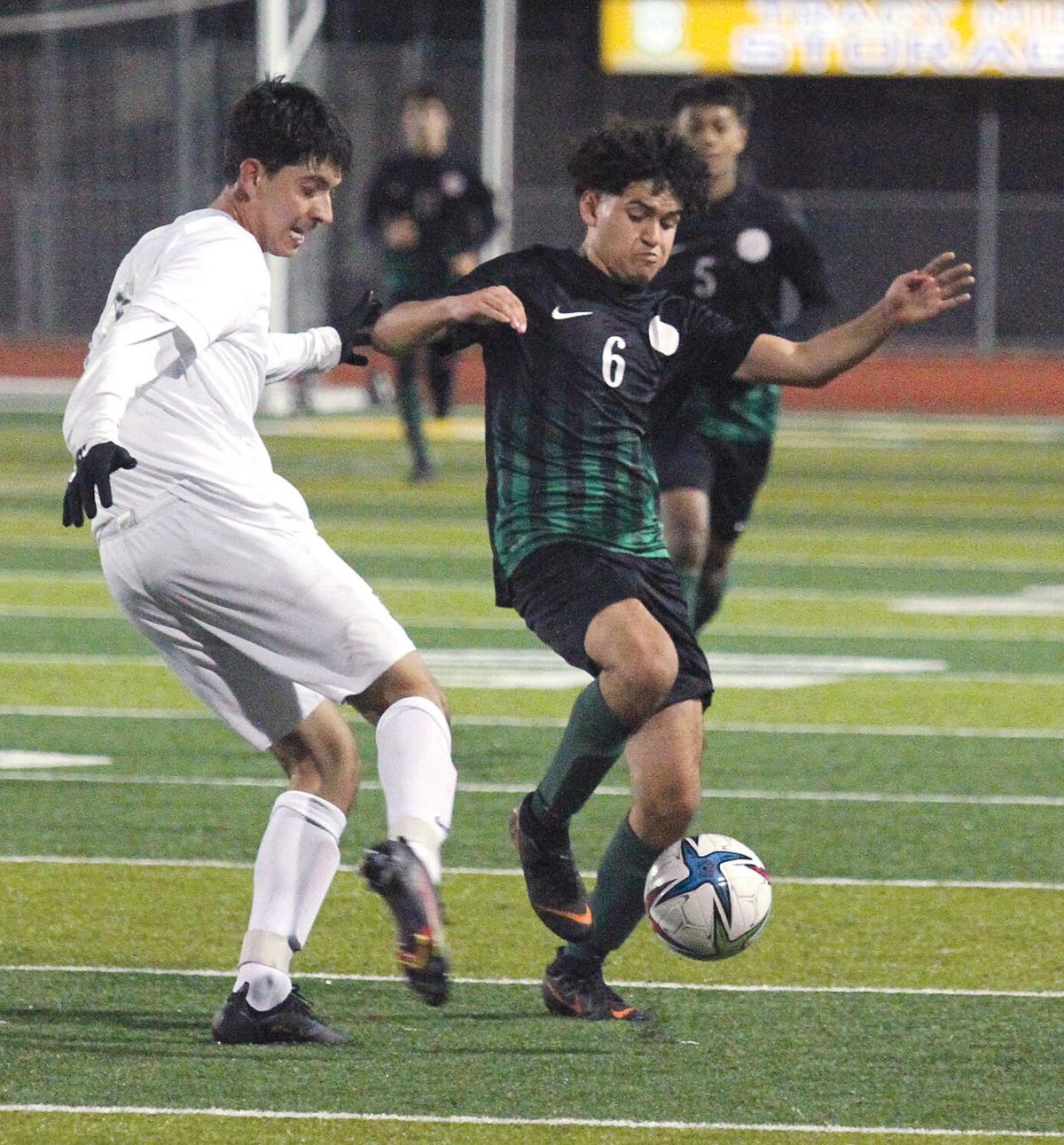 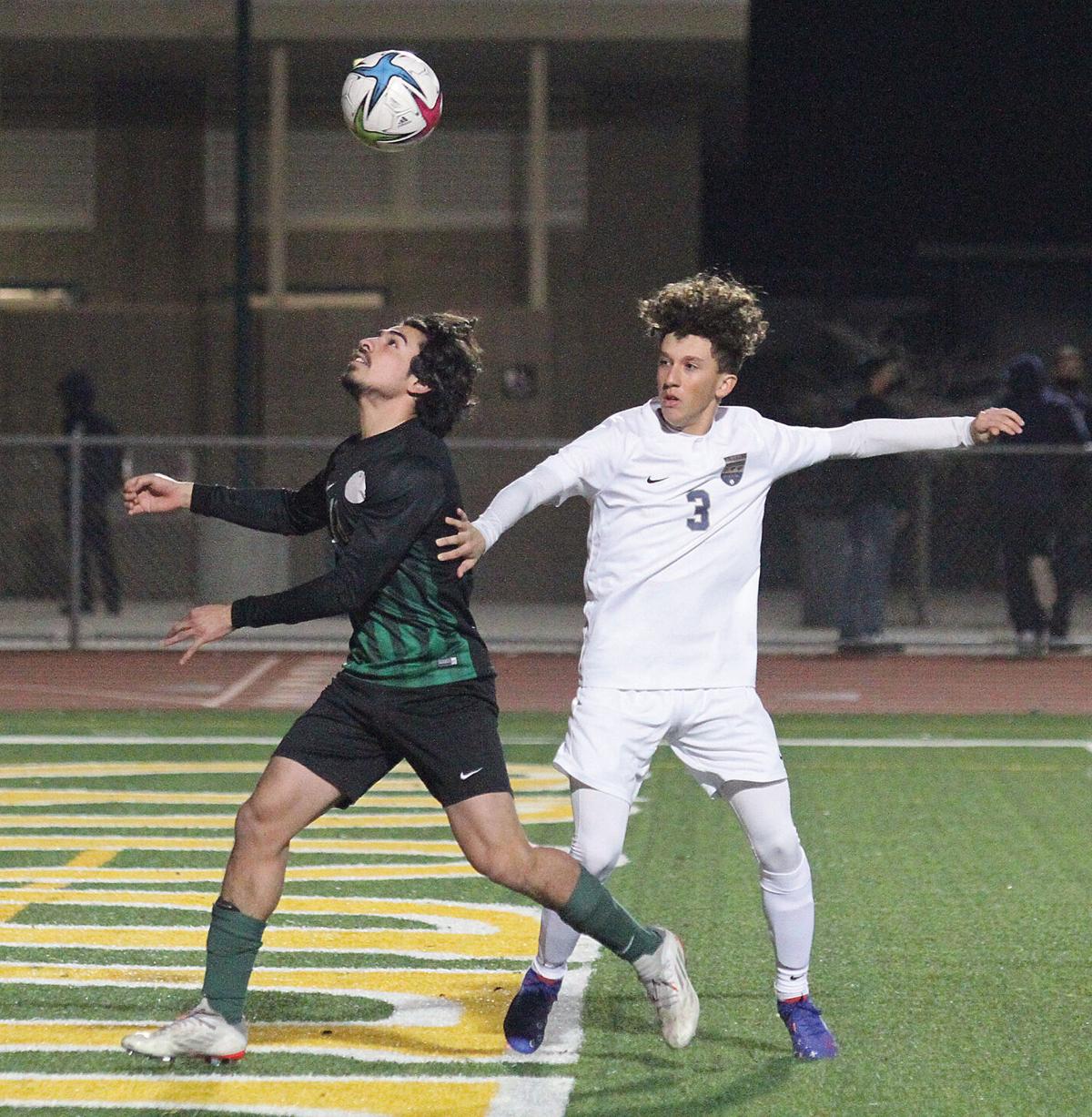 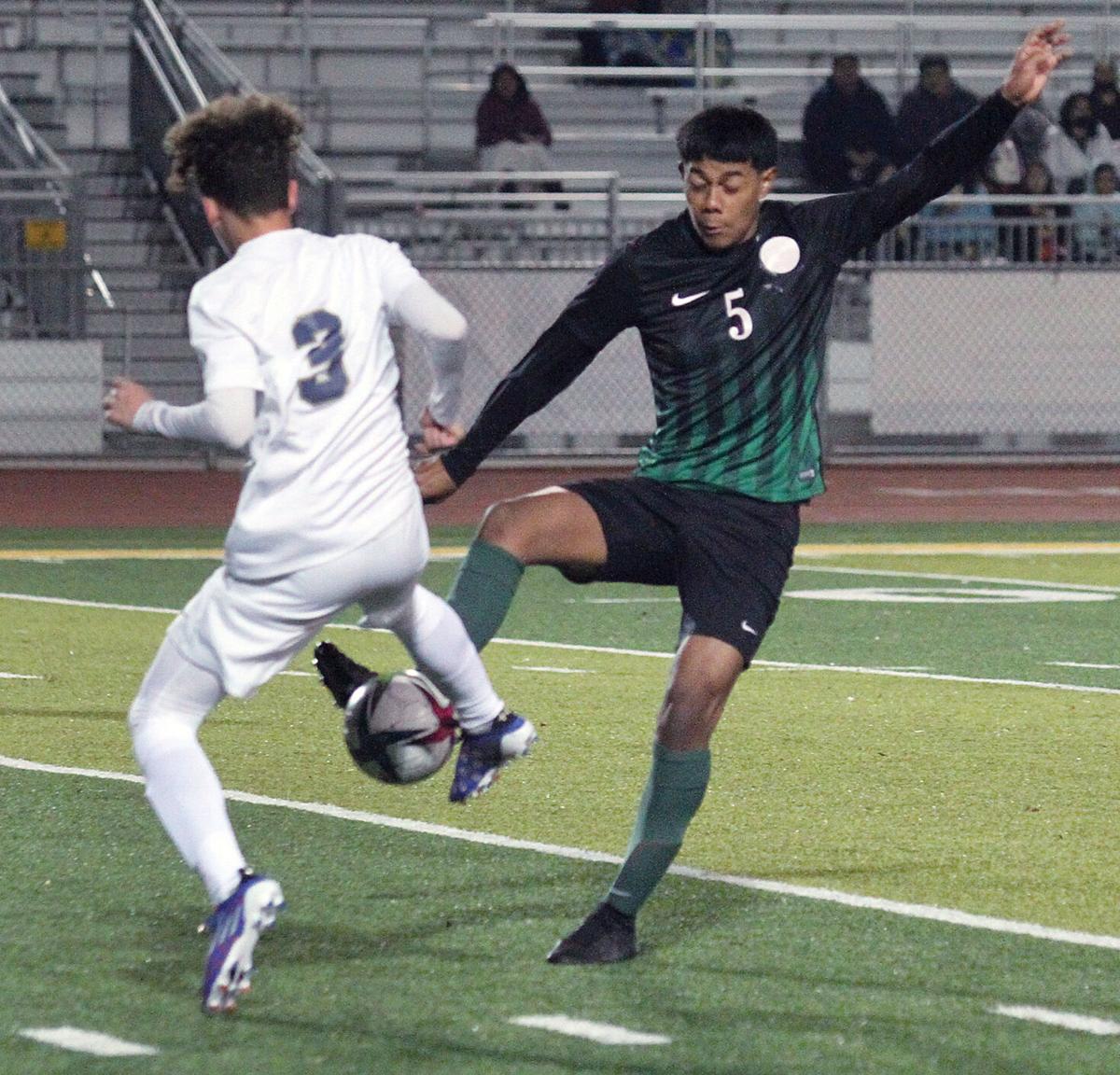 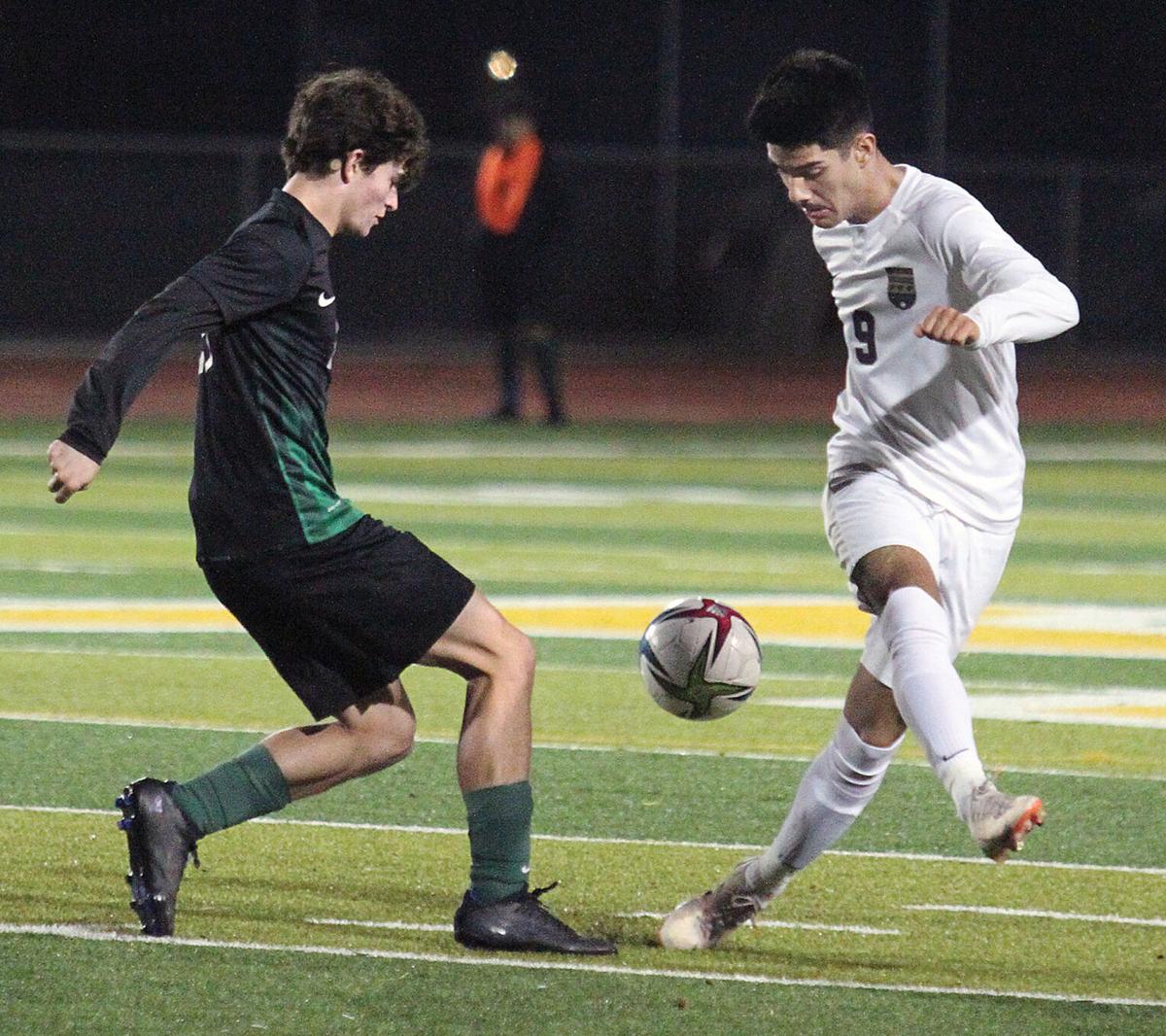 Crosstown boys soccer on Tuesday night turned out to be one of the highest-scoring games between Tracy and West in the past few years as the Tracy Bulldogs tied with the visiting West Wolf Pack 4-4 at Wayne Schneider Stadium.

Tracy took the lead 2 minutes into the game when senior Pedro Ontiveros move in closed, took a pass from senior Carlos Sanchez, and shot the ball into the right side. The Bulldogs scored 5 minutes later when junior Isaac Nawabi send a cross from the right side and junior Alan Garcia made the shot, deflecting the ball off of a West defender into the goal.

West scored two quick goals later in the first half, the first on a shot from senior Anthony Alejandres after he took a cross from senior Emmanuel Rodriguez. The Pack scored again 2 minutes later when senior Mateo Pena took a free kick from the right side and connected with Alejandres, whose shot tied it up 2-2.

West senior Eyber Reynoso put his team up 3-2 in the 26th minute after he charged up the middle, past the Tracy defenders to take a clear shot against Tracy senior goalkeeper Aiden Terry.

Tracy tied it up again in the 37th minute after a pass from the right landed in a crowd in front of the goal. Several players got a touch on the ball, and after a high header pass Ontiveros made a one-touch shot into the goal to make it a 3-3 game at the half.

“They have a lot of quality and showed a lot of good energy,” he said, adding that it’s a good preview of what will be in store during Tri-City Athletic League competition. “All of the scores are pretty close. I think the whole league is going to really competitive. You can’t really count anyone out.”

The only time either team beat the other by more than one goal was last year, in the COVID-19-shortened 2020-21 season, when West beat Tracy 6-0. Tuesday’s game was the highest-scoring match in that time.

Alejandres said his team had to overcome a slow start on Tuesday.

“We went down the first 10 minutes and then we showed heart, fought every ball,” he said. “We eventually had the game. A couple mistakes cost us the game.”

Tuesday’s match was interrupted 10 minutes into the second half when the stadium lights went off at 8 p.m. When the lights came back on 15 minutes later officials set the game clock at 20 minutes, taking 10 minutes off of the game time.

The game remained a 3-3 tie until, with 5 minutes left on the clock, West senior Emiliano Mendoza charged up the middle through Tracy’s defense until he got a one-on-one shot against Tracy’s goalie and fired the ball into the left side.

The Bulldogs charged right back only to get fouled in the penalty box before they could take a shot. Ontiveros took the penalty kick and shot it into the left side to tie it up 4-4.

The Kimball boys claimed a Valley Oak League victory on Monday, a 7-1 win at Central Catholic High in Modesto.

The Millennium boys took a step forward in the Central California Athletic Alliance with their 4-2 win over Stone Ridge Christian High on Monday in Merced.

The Bulldogs played an even match at home against Tokay High on Jan. 6, finishing with a 1-1 tie. Senior Pedro Ontiveros scored Tracy’s goal, and senior goalkeeper Aiden Terry blocked five Tokay shots. Tracy’s record is 2-2-2, 1-0-1 TCAL, and Tokay is 2-1-7, 0-0-2 TCAL.