Sign Up
Log In
There are no services available.
You are the owner of this article.
Edit Article Add New Article
Welcome, Guest
COVID-19 Coverage
News
Voice
Our Town
Sports
Datebook
Obituaries
Advertising
Classifieds
Special Sections
1 of 3

Tracy High varsity cheerleaders perform at halftime of the Friday night football game. The California Interscholastic Federation will recognize competitive cheer as a sport starting in 2017. 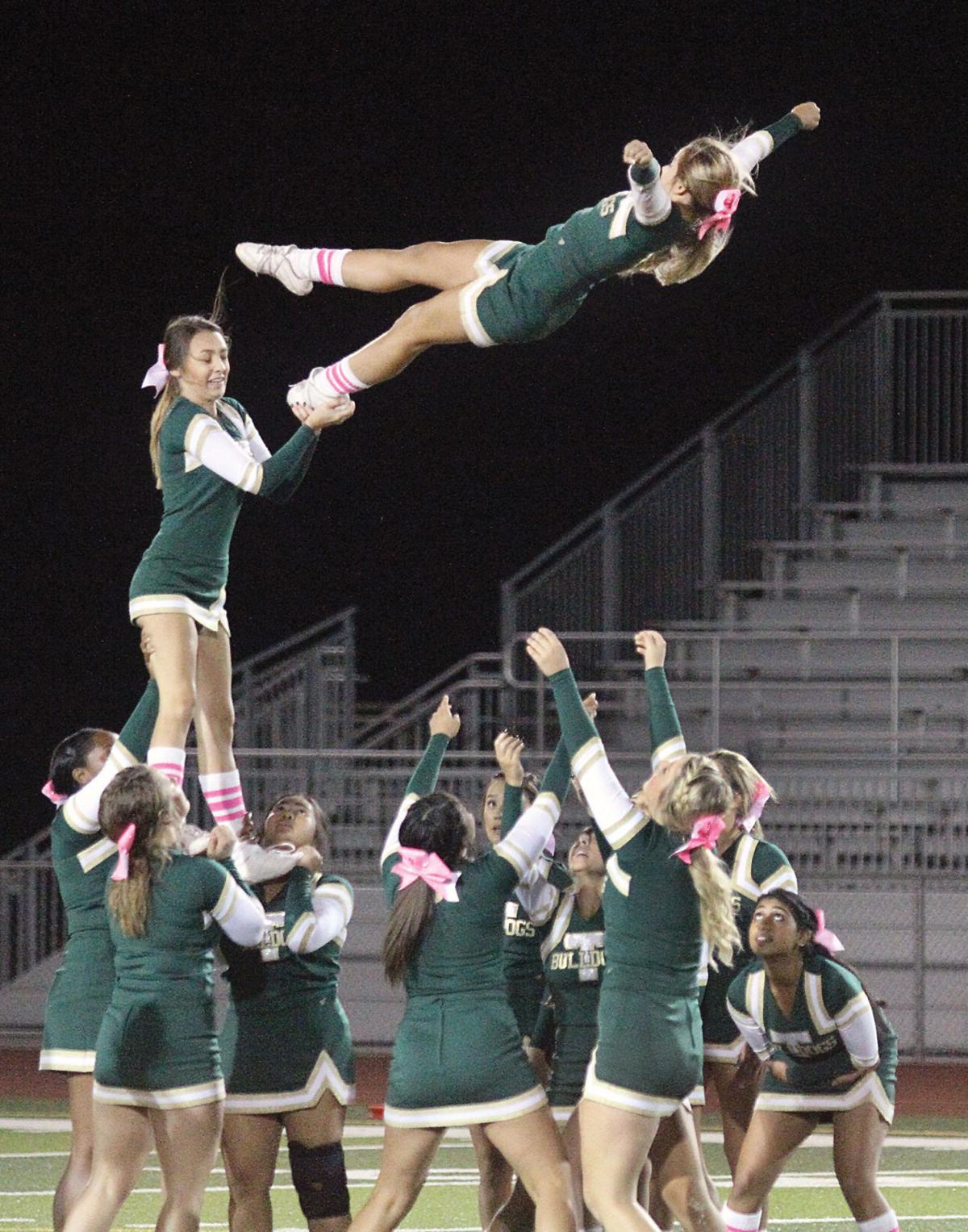 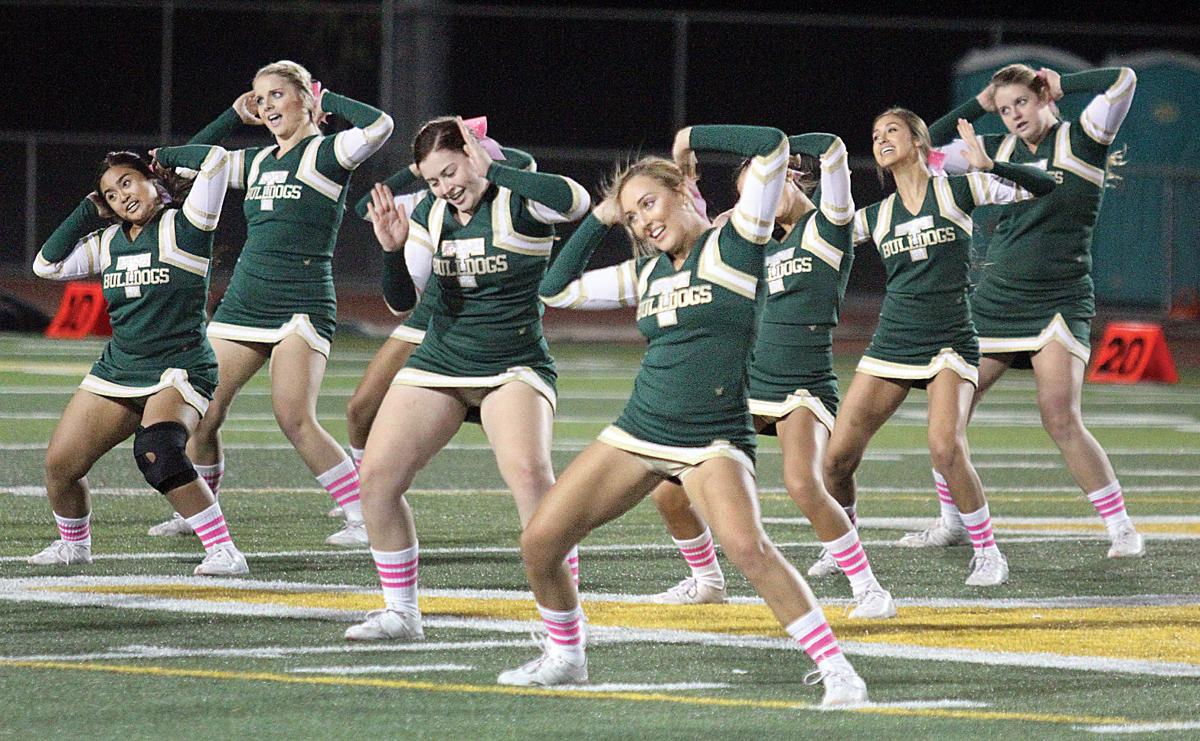 Tracy High varsity cheerleaders run through a routine during halftime of the Friday night football game. The California Interscholastic Federation will recognize competitive cheer as a sport starting in 2017.

Tracy High varsity cheerleaders perform at halftime of the Friday night football game. The California Interscholastic Federation will recognize competitive cheer as a sport starting in 2017.

Tracy High varsity cheerleaders run through a routine during halftime of the Friday night football game. The California Interscholastic Federation will recognize competitive cheer as a sport starting in 2017.

For as long as cheerleading has been part of the high school athletic culture, only now is the California Interscholastic Federation recognizing cheer as a sport.

A bill introduced by California Assemblywoman Lorena Gonzalez, D-San Diego, and signed into law Oct. 7 by Gov. Jerry Brown, allows cheer to take its place among all the other CIF sports starting with the 2017-18 school year.

Tracy High cheer coach Sheila Soares, Tracy High Class of 1983 and a former Bulldog cheerleader herself, said the new policy has been a long time coming.

Soares said that cheerleaders practice and condition year-round, starting with spring tryouts and continuing with summer workouts and camps, to perfect their routines and aerial stunts.

“That’s the exciting part, that the ladies, and guys that are involved, are now recognized as being true athletes,” she said, adding that the new policy would also open the door for cheerleaders to get NCAA athletic scholarships.

“You’re learning to control a person in the air, flip them, the ability to catch and release them, and using the proper technique,” Soares said. “There’s technique involved with all of that. You can’t just launch somebody in the air and think it’s going to work.”

Tracy High senior Tayler Krolczyk, captain of the Bulldog cheer team, started cheer when she was a 7-year-old Tracy Raiders cheerleader. She finds that people are surprised when they find out how much effort goes into perfecting a routine.

“They don’t know how hard we work for what we do, until they go and see that it’s an actual sport at our competitions,” she said.

“You definitely need to have good sharp motions, have a lot of tumbling. The big thing I would say is having spirit and working well with others on your team.”

“I’m excited to see what it is, to see what guidelines we can implement in cheerleading,” she said.

Anastasio added that cheer can be risky as well with the potential for injury.

“It is a physical activity. It’s not just standing on the sidelines and calling cheers. It’s throwing people in the air. It’s a lot of intense work. We do a lot of conditioning for these girls. It takes a lot of strength to lift 100-pound girls in the air.”

CIF media relations officer Rebecca Brutlag said the state organization has two years to come up with guidelines for competitive cheer, and she expects schools will have plenty of input on those guidelines.

Competitive cheer, in which squads perform a 2-minute, 30-second routine and are judged and awarded points on difficulty and execution of the routine, is already on Tracy High’s sports schedule. West and Kimball aren’t scheduled to go to competition this year.

Soares said this year’s Bulldog team includes 27 girls on the varsity squad and 24 junior varsity cheerleaders. Out of those teams, Soares has selected 24 girls to be on the competitive team. They begin competition Oct. 25 in Stockton at the JAMZ Reload event at the University of the Pacific.

There are mixed feelings about the new CIF policy, though. Kimball High cheer coach Breanna Galicia said it further divides two aspects of cheer — sideline cheer and competitive cheer — by classifying only competitive cheer as a sport.

She said that Kimball High’s squad meets the performance standards of all-star cheer teams. All-star cheer is yet another aspect of the sport, often not attached to any school, and with a heavy emphasis on fast-paced, precision group acrobatics.

“I tell them, if it doesn’t hit, we’re going to keep hitting and making sure that it hits before we go and perform it,” Galicia said. “They learn a routine a week, where competitive cheer — from April all the way to the following March — you work on one routine.”

Galicia, a 2001 West High graduate, started cheer with the Tracy Raiders, continued at West High and spent 12 years working for the National Cheerleaders Association, one of the companies that host competitive cheer events. She is now a judge with JAMZ.

She said Kimball wouldn’t enter any competitive events this year so that her team of 18 girls could maintain a focus on school spirit activities and on keeping up good grades while developing new routines through the year.

“You do have a lot of stunting, jumping and tumbling, but that’s all stuff we incorporate in our halftime routines. I feel that sideline involves a lot more, with the school spirit and cheering at games, and not all competitive cheerleaders do that.”