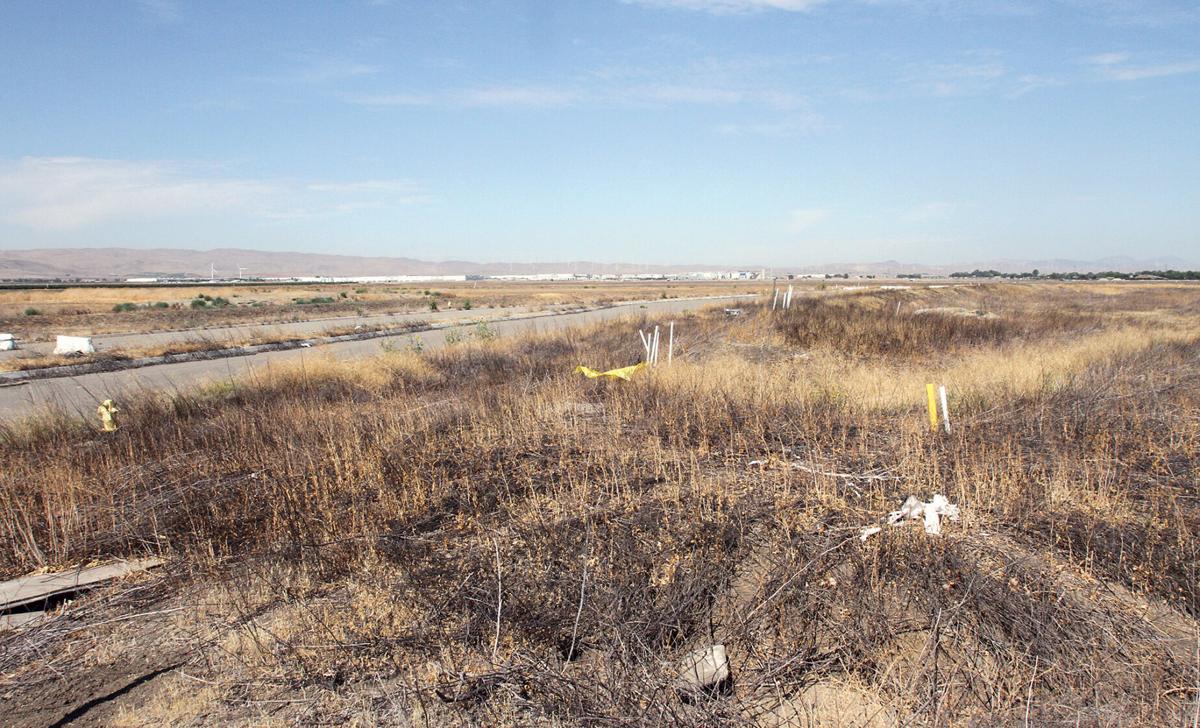 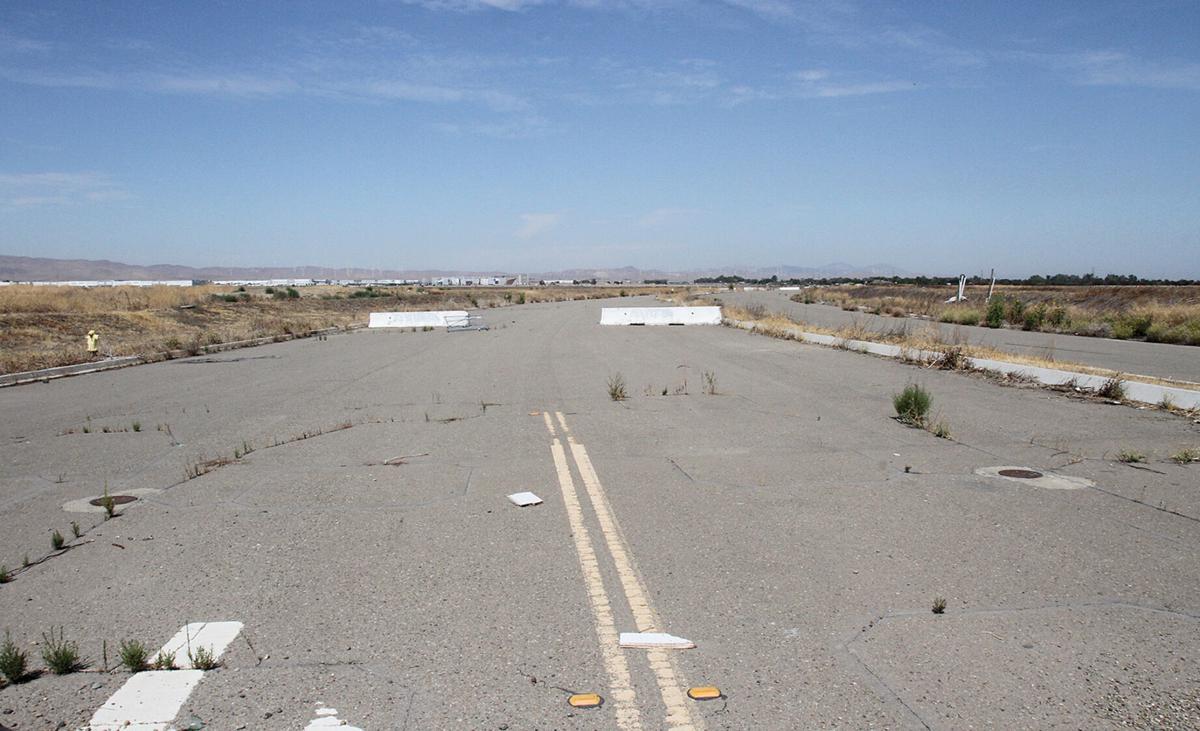 Capital Park Drive extends into an area known as the Tracy Gateway, which was once proposed to be a business park at the west edge of town. 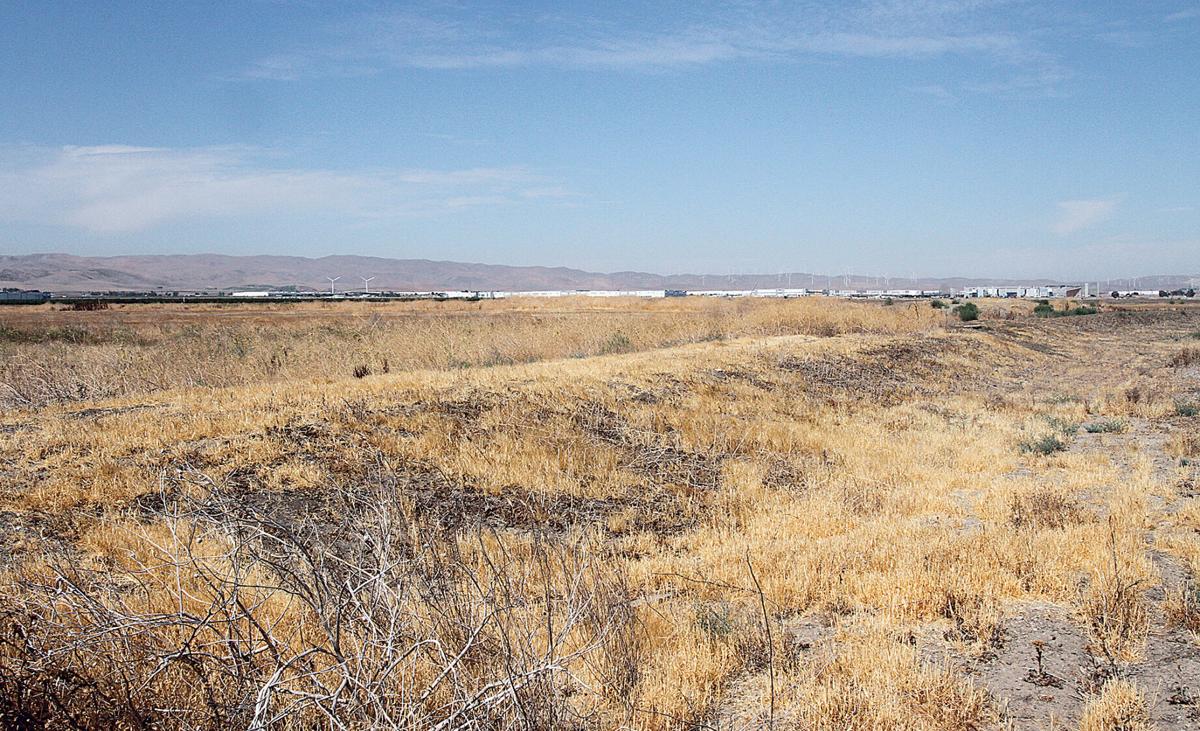 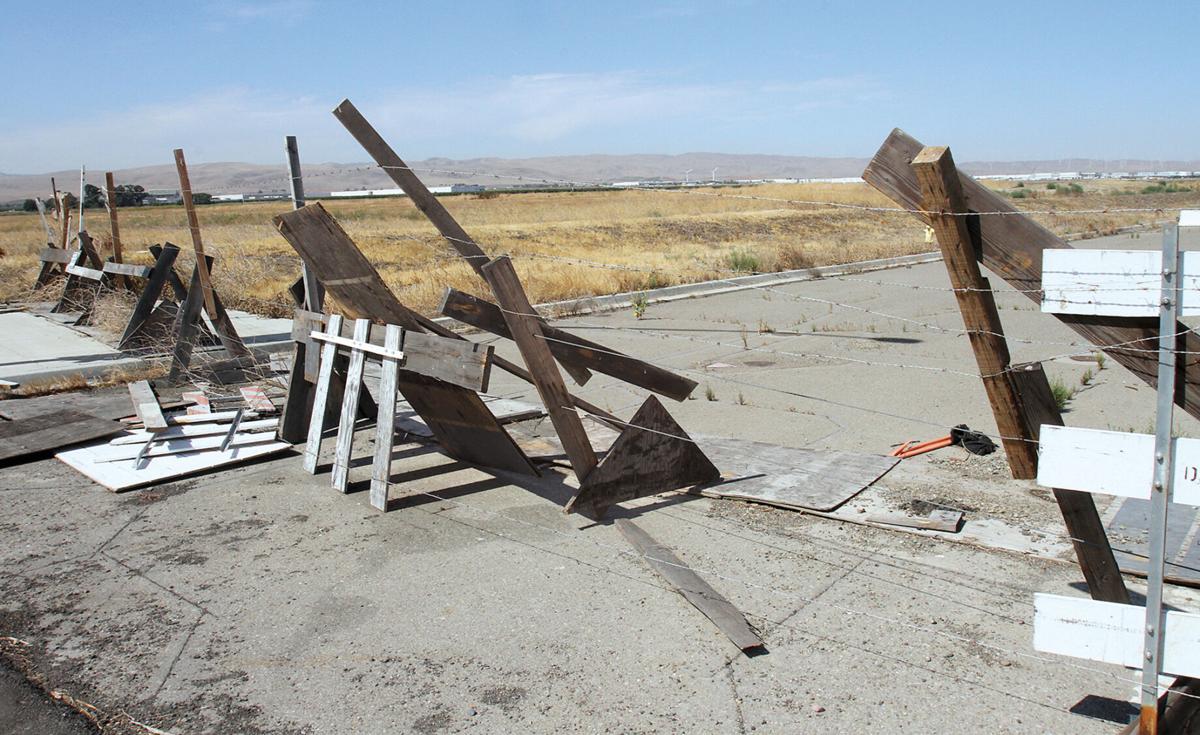 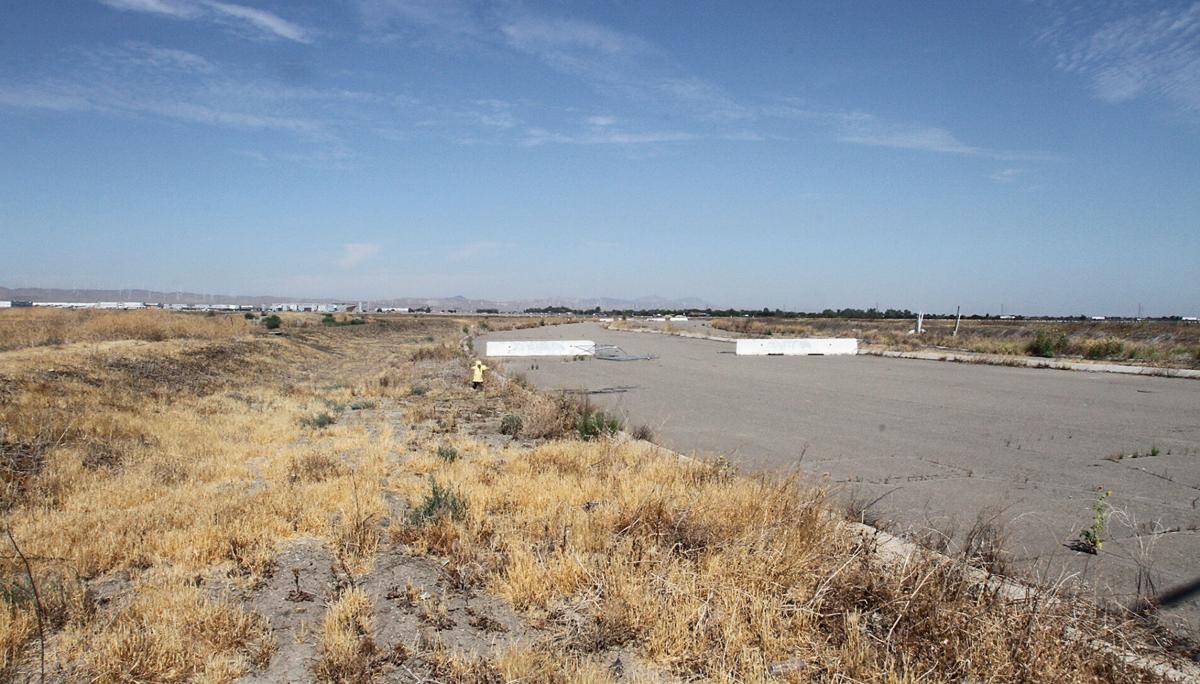 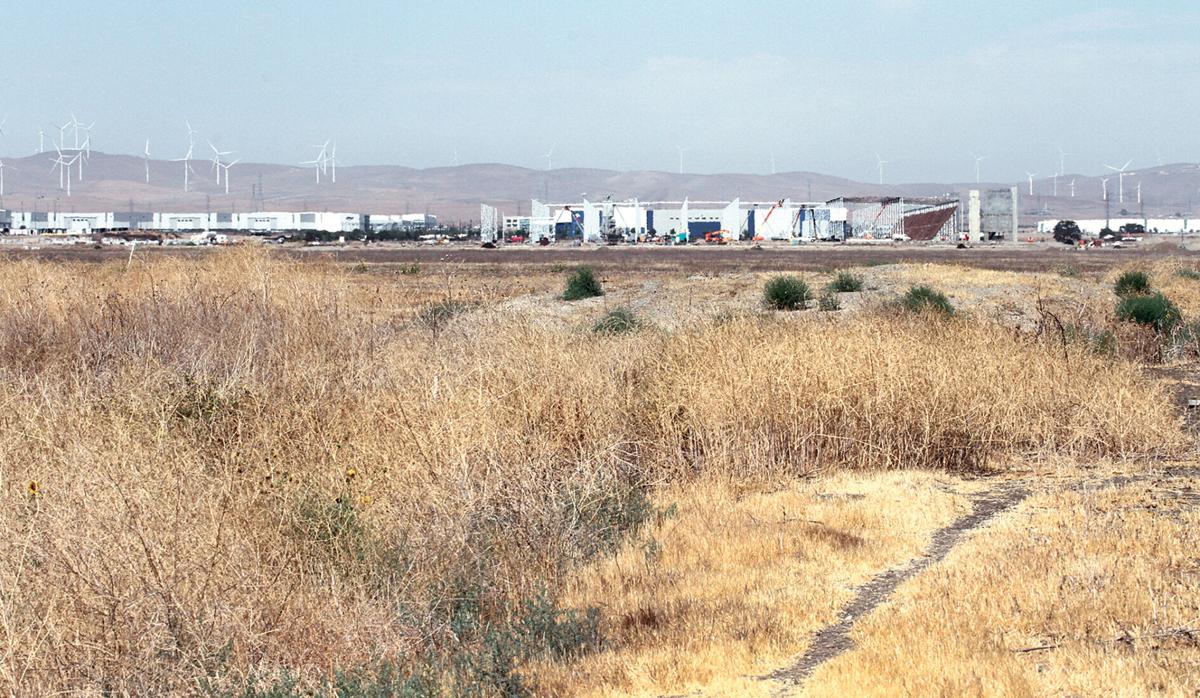 Warehouse construction continues in the distance west of an area known as the Tracy Gateway, which was once proposed to be a business park at the west edge of town. 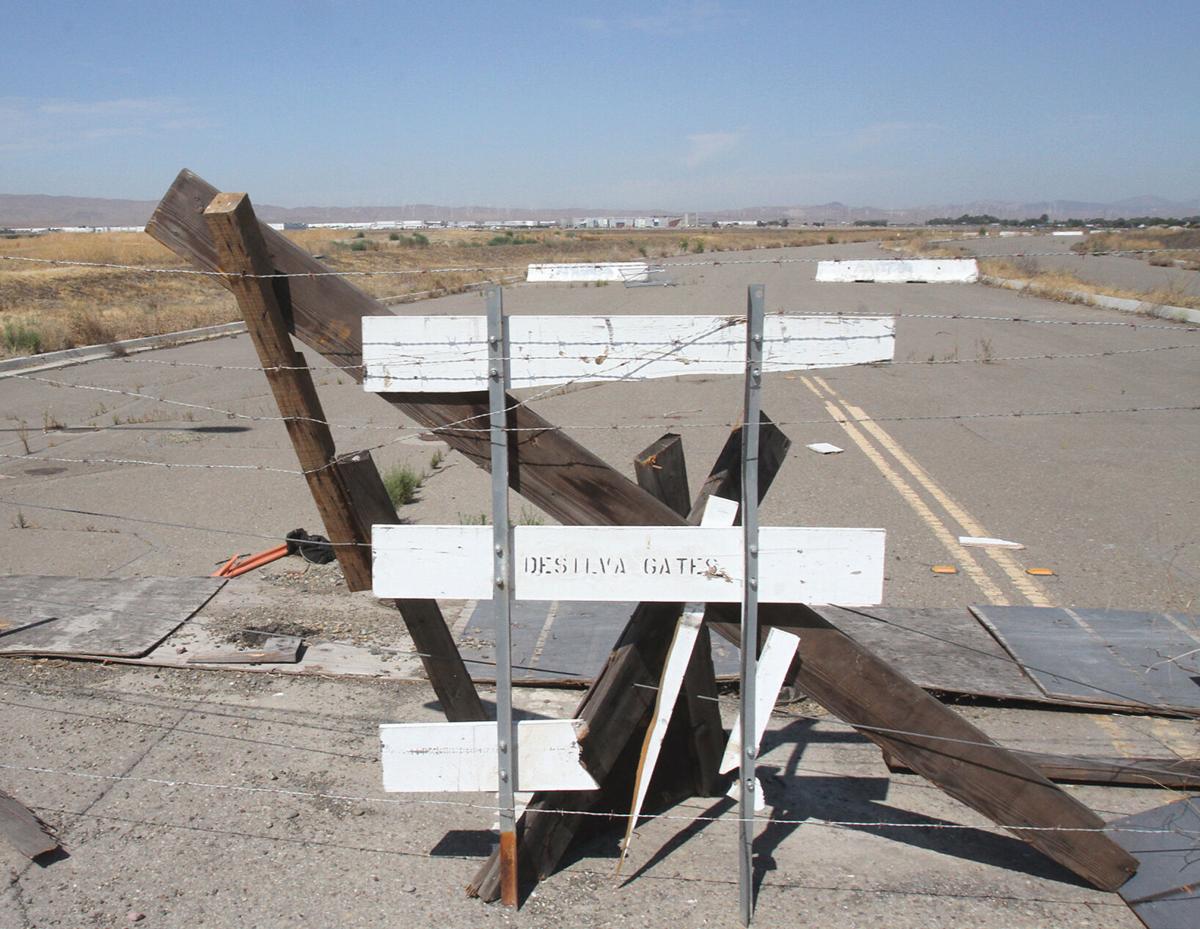 Capital Park Drive extends into an area known as the Tracy Gateway, which was once proposed to be a business park at the west edge of town.

Warehouse construction continues in the distance west of an area known as the Tracy Gateway, which was once proposed to be a business park at the west edge of town.

The process of gathering public input for the Westside Specific Plan ramped up last week with a hybrid in-person/Zoom meeting with city planners and the consultant drawing up the plan.

Members of the public online and in the audience at Tracy City Hall had a chance to weigh in on the type of development they want to see in the area during the July 22 meeting.

The Westside Specific Plan area includes 538 acres southwest of the intersection of 11th Street and Lammers Road. It’s the site of what was formerly known as Tracy Gateway, a proposed office park that gained annexation to the city in 2002 but was never developed.

Bill Wiseman, senior planner with Kimley Horn and Associates, which is drafting the Westside Specific Plan, said that nine property owners now control the 538 acres. Land that was once envisioned for 5.8 million square feet of office space and the potential for 20,000 local jobs, with a golf course winding through the center of the office park, has been reimaged for commercial, industrial and residential development.

Wiseman expects to have a planning concept that the Tracy City Council can discuss and vote on at the council’s Aug. 17 meeting. Until then, the consultant and city planners hope to continue collecting public comment in order to gauge how these development proposals will be received by citizens.

As of last week, Wiseman estimated that about 200 people had taken an online survey at https://engagekh.com/westside-specific-plan. In addition to the survey, people also comment on a map, stating their preferences for development in that area. The city and consultant are collecting information from that website up until Wednesday, Aug. 4.

Possibilities for most of the land in the planning area vary, but at least 35 acres owned by Sutter Valley Hospitals at the southeastern corner, across the street from Kimball High, is planned as the site of a new hospital.

“That really represents a pretty strong anchor for land uses and influences in development,” Wiseman said. He noted that Sutter Tracy Community Hospital must move out of its existing site on Tracy Boulevard and Eaton Avenue by 2030 because of state regulations regarding structural safety of hospital buildings.

Another 20-plus acres owned by TG Lender, LLC, is also likely to be zoned for institutional development, with an expanded health care development in mind.

“The reason why we expanded it beyond just the hospital site itself, is so that there could be other supporting uses, such as clinics and medical office buildings, etc. We would envision that the hospital acts as an anchor and a real stimulus,” Wiseman said.

Dottie Nygard, an emergency room nurse at Sutter Tracy Community Hospital for 27 years, was at the meeting to endorse the plans for a new hospital.

“We have outgrown our hospital. It is not retrofitted and that’s why we have to build a new hospital,” she said, adding that development surrounding the hospital site in the Westside plan could be designed to support health care professions.

“We need education because you know that in our county we have seven hospitals, we have one junior college that pushes out 40 nurses a year to help feed seven hospitals in this county. You’re looking at thousands of jobs that are needed. We need not just nurses, but the whole health care industry, as well as teachers and skilled labor,” she said.

“This is a prime opportunity to have a generational investment going on, that we can educate our youth, provide jobs and training here. Keep them in this area so that they can live here and actually have their own home and stay here in Tracy.”

The northeastern portion of the planning area just north of Sutter Valley Hospitals’ land, about 155 acres, will be considered for mixed-use commercial development. Another 187 acres making up the southern portion could be zoned for medium- to high-density residential.

The northwestern portion of the area, about 122 acres, was described as appropriate for business park development under one option, or medium- to high-density residential development in another option. The city council will have to consider which of those options to choose on Aug. 17.

Members of the public who weighed in at the July 22 meeting reminded city planners and the consultant that development that has already occurred in the Cordes Ranch planning area, now known as the Prologis International Park of Commerce, has already affected people who live in the semi-rural neighborhood between Interstate 205 and Von Sosten Road.

“The EIR that went for Cordes Ranch said there was going to be no impact to our neighborhood and Lammersville, and that there was going to be a 1% increase on traffic, so that shows how bad that study was,” said George Escalante. He added that about 250 neighbors have banded together as effects from the existing industrial development, including constant big-rig traffic on Hansen and Von Sosten roads, become more severe.

“I just want to give clear warning that our group will go after you guys if you guys come back with a report that shows basically the same thing, that our neighborhood is not going to be impacted,” he said. “We’re all for the development, but we don’t want it on our little country road where we don’t have any sidewalks but we’re getting semi-trucks and we’re getting all of the sideshow traffic coming in, and this is going to add to it.”

Bill Dean, the city’s Interim Director of Development Services, said there will be a traffic study to go along with the Westside Specific Plan.

“Right now, there is a current separate effort under way, as I’m sure you’re aware, of describing and putting voice to the numerous concerns regarding the traffic on Hansen Road, and the city is well aware of that and we’re interacting with the county and Prologis next door, as well as your community group that’s out there, to try to come up with solutions for that,” Dean said.

He added that more traffic is inevitable, regardless of the type of development that occurs in the new planning area, “So it’s our responsibility to figure out how to best plan that network to make it work efficiently.”

In discussions about the preferred type of development, participants were critical of Tracy’s development trend in the logistics industry, which brings large warehouses and big-rig traffic to the area.

Dan Evans, a 25-year resident of Tracy, said he has long heard city leaders speak of bringing high-tech and high-paying jobs to town.

“I don’t think Tracyites have an appetite for any more warehouses,” Evans said. “I think they’re going to be very concerned with any industrial. My opinion is that should not be part of this plan. No industrial.”

He added that business media has recognized Tracy’s potential for high-tech industry, but the development trend has still favored logistics.

“Forbes said Tracy could be the next Silicon Valley,” he added. “Looking back over the last 8 years we’ve had no leadership whatsoever to make this happen. All we’ve gotten is warehouses, like almost exclusively warehouses.”

“It’s generous in what it allows in terms of land uses, but the market right now is so hot for these big-box, high-cube warehouses, that it is reasonable to expect if this were to be approved with that zoning that there would be proposals before us for similarly sized warehouses there, unless there were restrictions put on it,” Dean said.

He pointed out that the high-end office complex proposed by Tracy Gateway was not viable, though the investors who bought up the property after two previous developers went bankrupt still recognize a range of potential for the land.

“What we think has come forward here, with help from the consultant and landowner input, the city council input up to this point, is a synergy of uses that can try and provide all of the things that are being talked about here,” he said, pointing out parts of the map within the commercial and industrial areas that could support high-tech uses.

“We’re trying to find a mix of uses that can provide all of those things and still be a viable project that can actually happen.”

See the Westside Specific Plan maps and comment on the alternatives at https://engagekh.com/westside-specific-plan