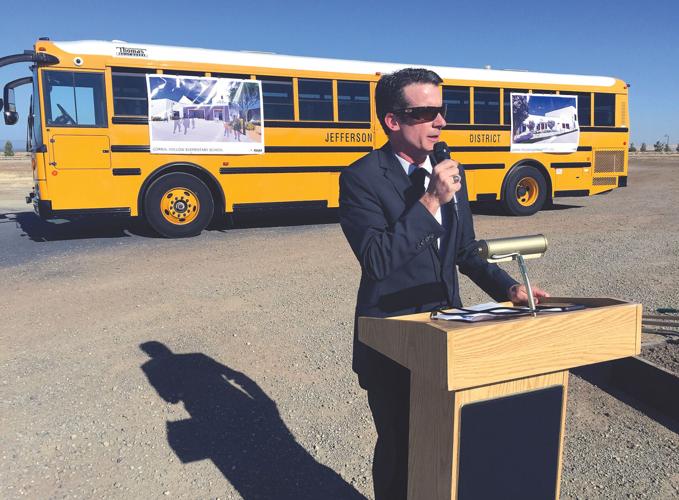 Jefferson School District Superintendent James Bridges talks about the history of the school district, and the plans for the newest school in Tracy Hills, including Corral Hollow Elementary School. 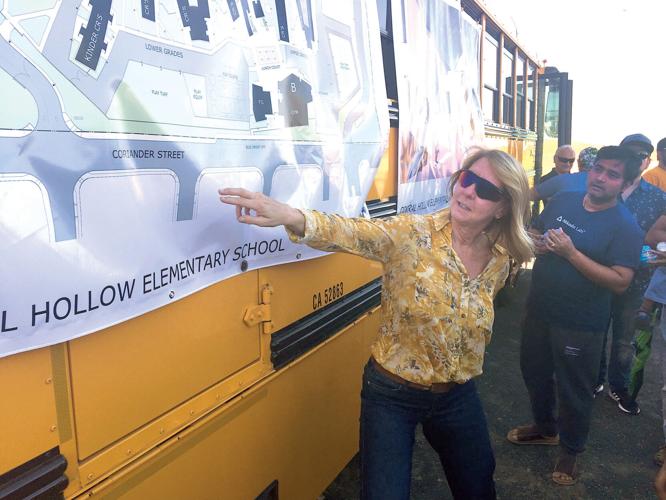 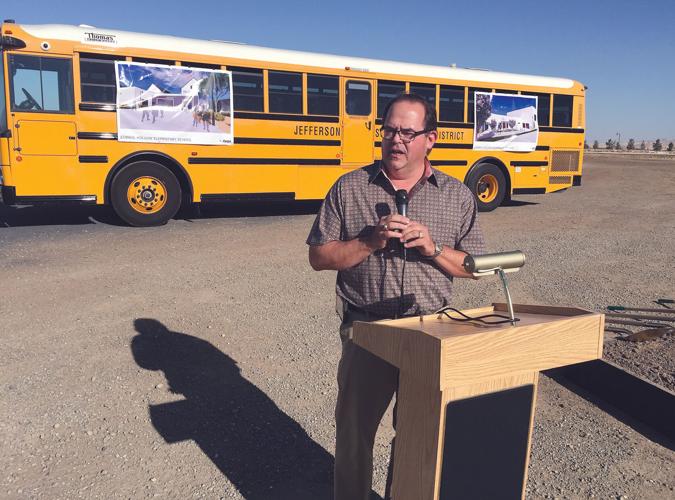 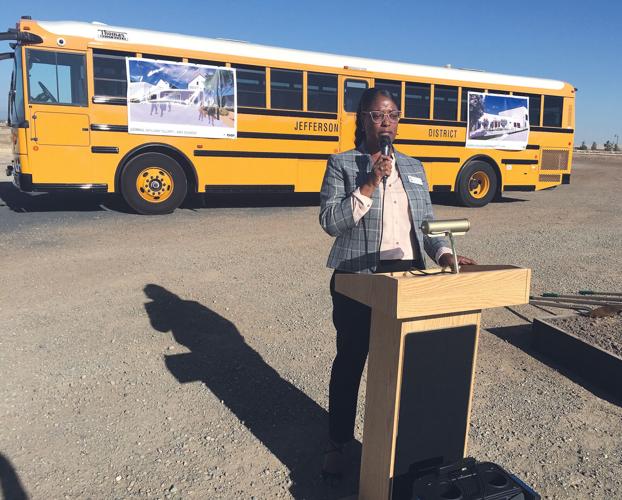 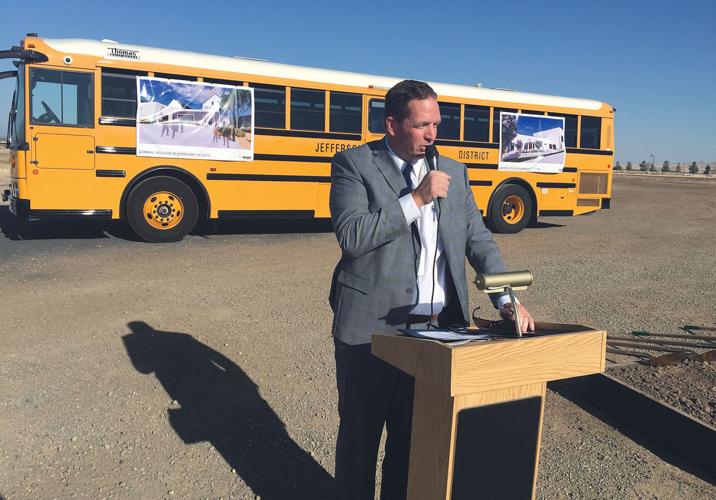 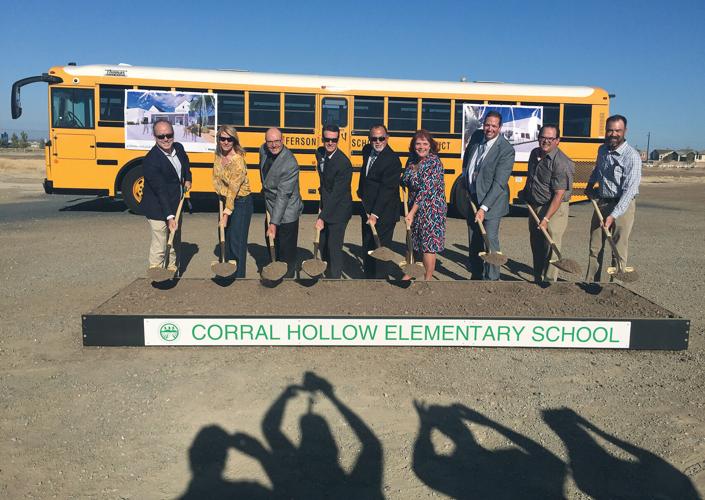 Jefferson School District Superintendent James Bridges talks about the history of the school district, and the plans for the newest school in Tracy Hills, including Corral Hollow Elementary School.

Construction will soon be under way for the first school in the Tracy Hills development.

On Wednesday Jefferson School District and Integral Communities, developer of Tracy Hills, held their ceremonial groundbreaking at the school site on Coriander Street.

Jefferson School District Superintendent James Bridges told the crowd, which included parents of children who will attend the school, that the new campus will take about 2 years to complete.

“I look forward to August 2024 when we get to stand back out on this site. At that point there will be a full standing school out here,” Bridges said, adding that he appreciated folks coming out for the ceremony in the late afternoon on a day when the temperature closed in on 100 degrees.

“We’ll be able to sit in the gymnasium where it’s nice and air conditioned, and we’ll be able to dedicate this school to the 900 students that live in this community. We currently have a little over 300, so we’re going to get some 600 more students before we open the doors to this school.”

Bridges described how Jefferson School District had just Jefferson School on the corner of Chrisman and Linne Road as its only campus for 105 years. Over the past 30 years with the growth of south Tracy the district has added Hawkins, Traina and Monticello schools, all K-8 campuses as Corral Hollow School will be.

“As everybody knows the costs spiraled and we had to figure out how we were going to come up with the extra money to build this facility,” he said. “We would have liked to have done it sooner, but we worked as hard as we can to get to this point so we could be able to deliver this to you, as well as the rest of the amenities that are yet to come in our community, and we’re really excited about providing that for you.”

Corral Hollow School is expected to cost a total of about $60 million, including a $50.1 million contract with BHM Construction, Inc. of Napa. The Jefferson School District Board of Education approved the contract on Aug. 16, but the decision had been delayed for several months as cost estimates for the campus increased.

The school district had hoped to break ground for the project back in January, but by late 2021 it became clear that rising construction costs would make the $35 million originally budgeted for the school inadequate. A low bid opened back in December came in at about $54.75 million, causing the district to consider a redesign of the campus.

Of the $60 million cost estimate, including soft costs like engineering and inspection fees and construction management, Integral Communities will pick up about $51 million. Souza noted that similar agreements are in place for the next two schools in Tracy Hills, based on a 2003 development agreement between the district and the developer.

Troy Brown, the San Joaquin County Office of Education Superintendent, said other school districts with growing populations face similar challenges, but once districts overcome those challenges the effort pays off.

“It brings energy when you have a school in the community,” Brown said. “Building a school at any time is difficult. Building a school during a pandemic, post pandemic, is extremely difficult, and so I congratulate the board and Dr. Bridges with moving forward with this.”

Looking for a fun and meaningful way to spend your California Clean Air Day? Why not plant a tree in y… Read more