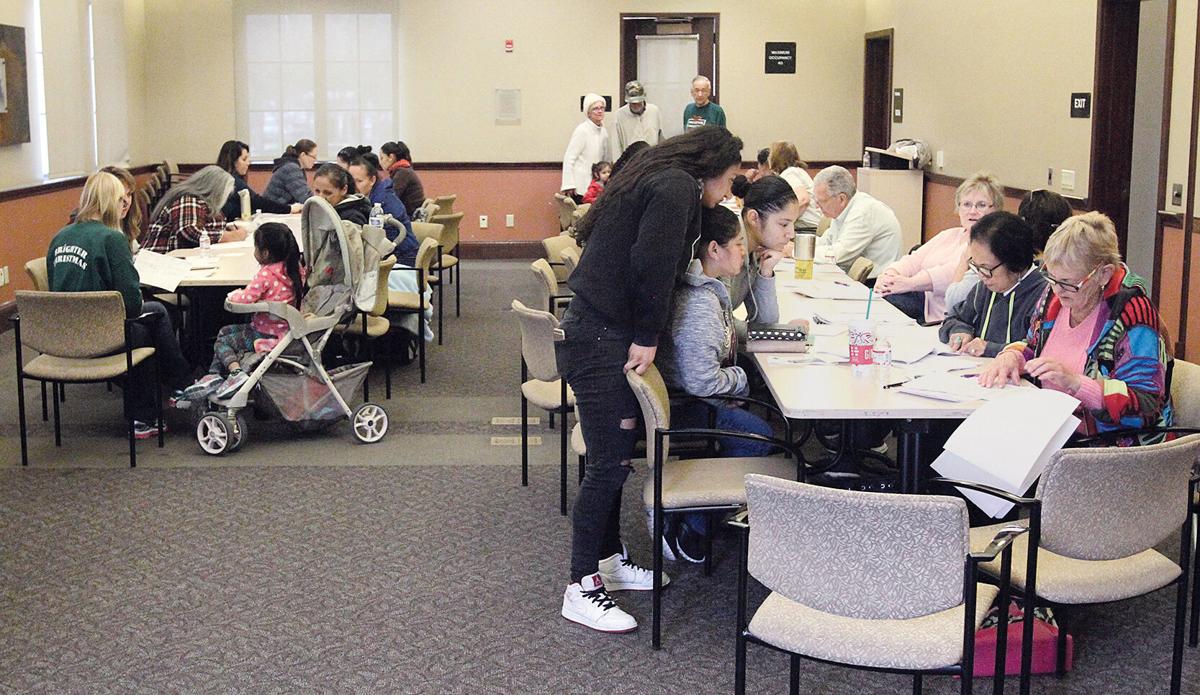 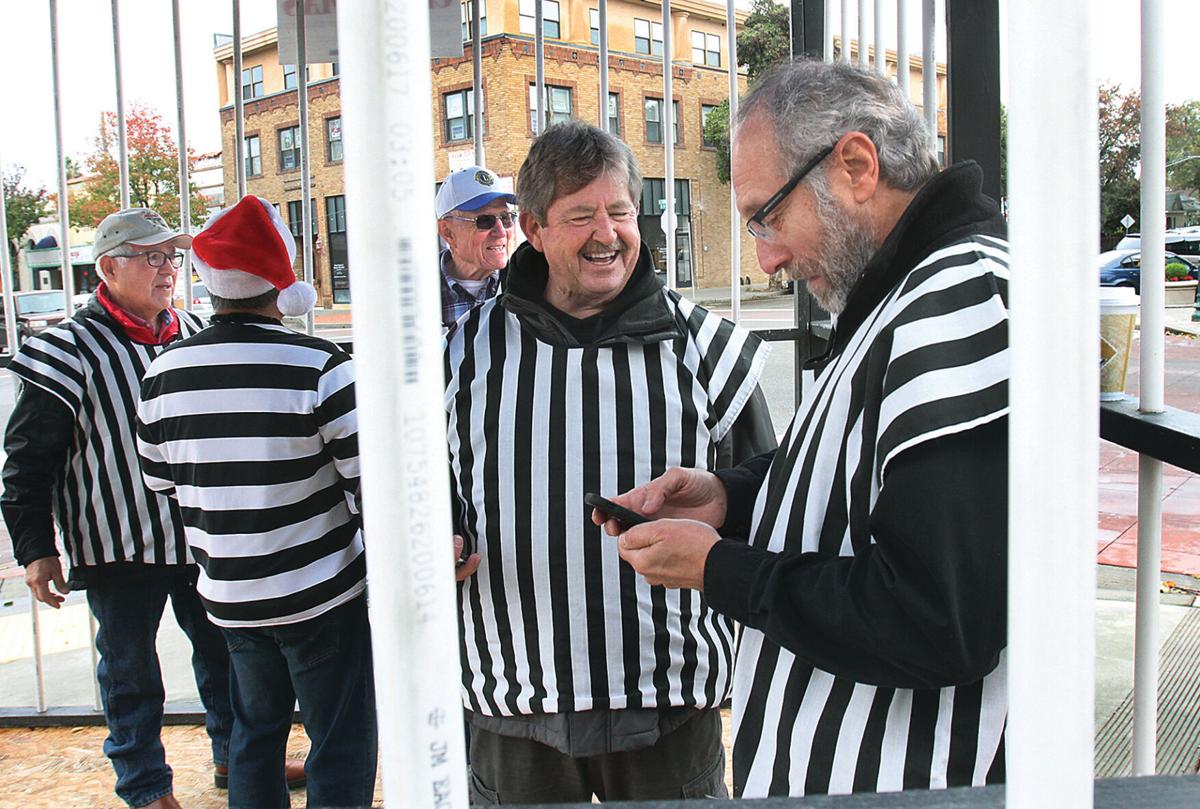 Dave McClanahan (left) and Ken Cefalo drum up as they spend time inside the Brighter Christmas Jail in 2019. 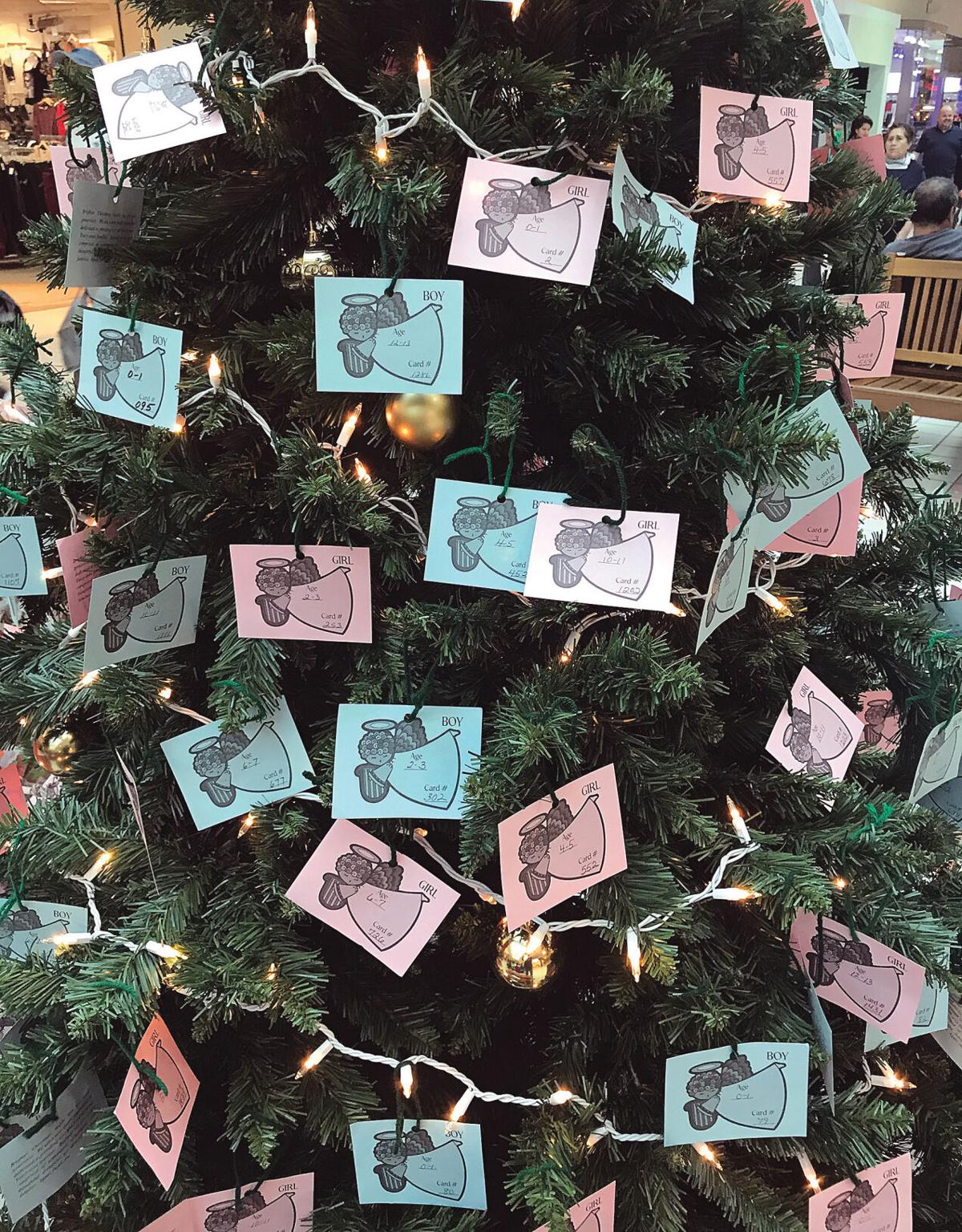 Tags on the Brighter Christmas Angel Tree list boys’ and girls’ ages for shoppers at the West Valley Mall in 2018.

Dave McClanahan (left) and Ken Cefalo drum up as they spend time inside the Brighter Christmas Jail in 2019.

Tags on the Brighter Christmas Angel Tree list boys’ and girls’ ages for shoppers at the West Valley Mall in 2018.

Brighter Christmas organizers will accept applications Saturday, Oct. 24 at Ceciliani Park, nearly a month earlier than usual as the charity prepares for this season under the COVID-19 pandemic.

Steve Abercrombie, Brighter Christmas director, said the application process was moved outdoors because none of the school districts or the city of Tracy would rent them a room indoors.

“We know people are being cautious and such. We’re not going to have a lot. Even doing it in the park, there are limitations and restrictions the city has imposed on us about how many people can be in there,” Abercrombie said.

Entering its 43rd year, Brighter Christmas gives low-income families a 25-pound basket of food and toys for each child up to age 13. Leading up to Christmas each year, people around town donate food and toys, which are supplemented by fundraising.

The park at 1510 Cypress Drive will have markings for social distancing and everyone will be required to wear a mask.

People applying for help from the charity need to bring proof of income, a valid ID, verification for their children — birth certificates or California benefit cards, proof of rent and a current gas and electric bill with their address.

Applications will be accepted on just that Saturday from 9 a.m. to 4 p.m.

Operationally the biggest challenge facing Brighter Christmas this year will be limitations imposed on the number of volunteers.

Some fundraising staples for the charity will likely not happen this year. The Brighter Christmas Jail, where local businessmen and community leaders are put into a charity jail to raise donations for their bail, will not take place because of social distancing restrictions.

Abercrombie said the Angel Tree at West Valley Mall, used by shoppers to pick out toys for boys and girls in need, will not happen this year.

A door that separates the Target store from the mall interior where the Angel Tree is placed will most likely remain closed during the holiday shopping season.

“We get a huge amount of our toys from Target, the one place in the mall that sells toys. Well if they aren’t going to have that open, and we’re not even sure what the mall is going to look like in terms of number of stores open and stuff,” Abercrombie said.

Instead, Brighter Christmas will host drive-through food and toy collections on the two Saturdays before Thanksgiving and the next two Saturday after at different sites across Tracy.

“Everything is up in the air,” Abercrombie said. “You don’t know from one week to the next. You can sit there and say OK, we’re going to do the Walmart thing (toy drive) right now but if numbers get bad they could say nope, not happening.”

One of the drive-through collections is planned for the parking lot of the old Orchard Supply Warehouse store in the shopping center at 11th Street and Corral Hollow Road.

When school closed for in-class instruction because of the pandemic Brighter Christmas lost the canned food drive donations they rely on to help make the food baskets that are distributed to families in need.

To fill the gap Abercrombie has been setting up donation drives with schools that he teaches Drug Abuse Resistance Education online with.

Brighter Christmas has relied on volunteers for sorting, packing and distributing the boxes of toys and food but they have their number cut this year.

“Our other challenge is we’re trying to plan but yet we got to be real flexible,” Abercrombie said.

Once they get closer to sorting and packing events, they will find out from the school district how many people they can allow in one room or on their campus. Volunteers will have to sign up for times and days on the charity's website.

Organizers aren’t sure how much the pandemic will affect the number of families they help this year.

“We made that assumption that, OK, we’re going to be serving quite a few people this year, so we need to be ready, and then we started talking to Interfaith Ministries and they have not had the increase they anticipated having,” Abercrombie said. “So we’re thinking maybe we won’t have as bad of a year but we have to be prepared. It’s prepare for the worst and hope it’s not as bad. That’s kind of where we’re at.”

Plans for a virtual jail and other fundraising drives are still up in the air.

“We don’t know what’s going to happen,” Abercrombie said. “What are our donations going to look like? In years past with the jail we’ve been very blessed, but we know businesses are hurting, ones that we’ve gotten stuff from before are hurting. So we’re wondering how we’re going to do financially this year. That’s a big question mark.”

Plans for food and toy sorting, packing and distribution will be confirmed later.

The Brighter Christmas website, www.brighterchristmasoftracy.com, will have a list of needs, ages and gender of children to shop for, and a link to PayPal for donations.

The application process will require adult volunteers and will need some bilingual volunteers.

Anyone who wants to volunteer or has questions about Brighter Christmas can contact Abercrombie at officerabs@yahoo.com.