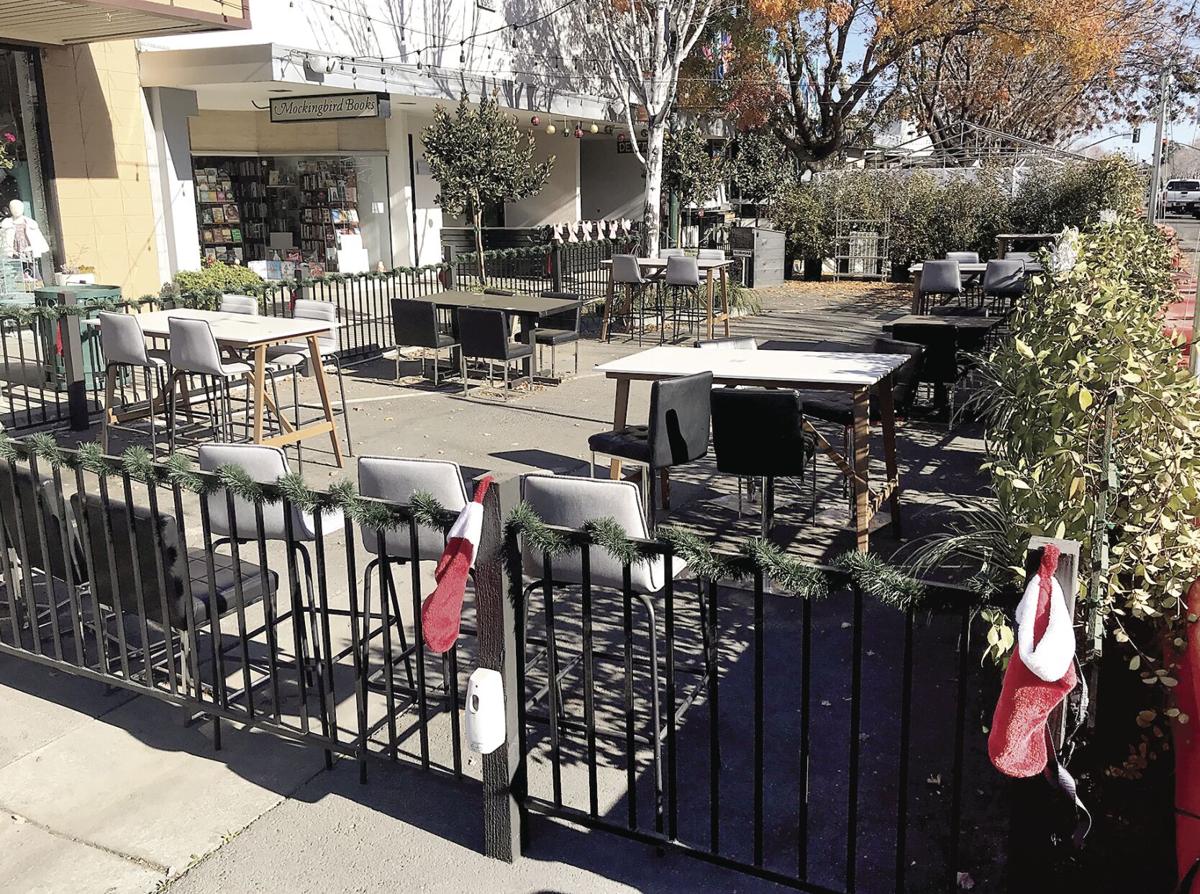 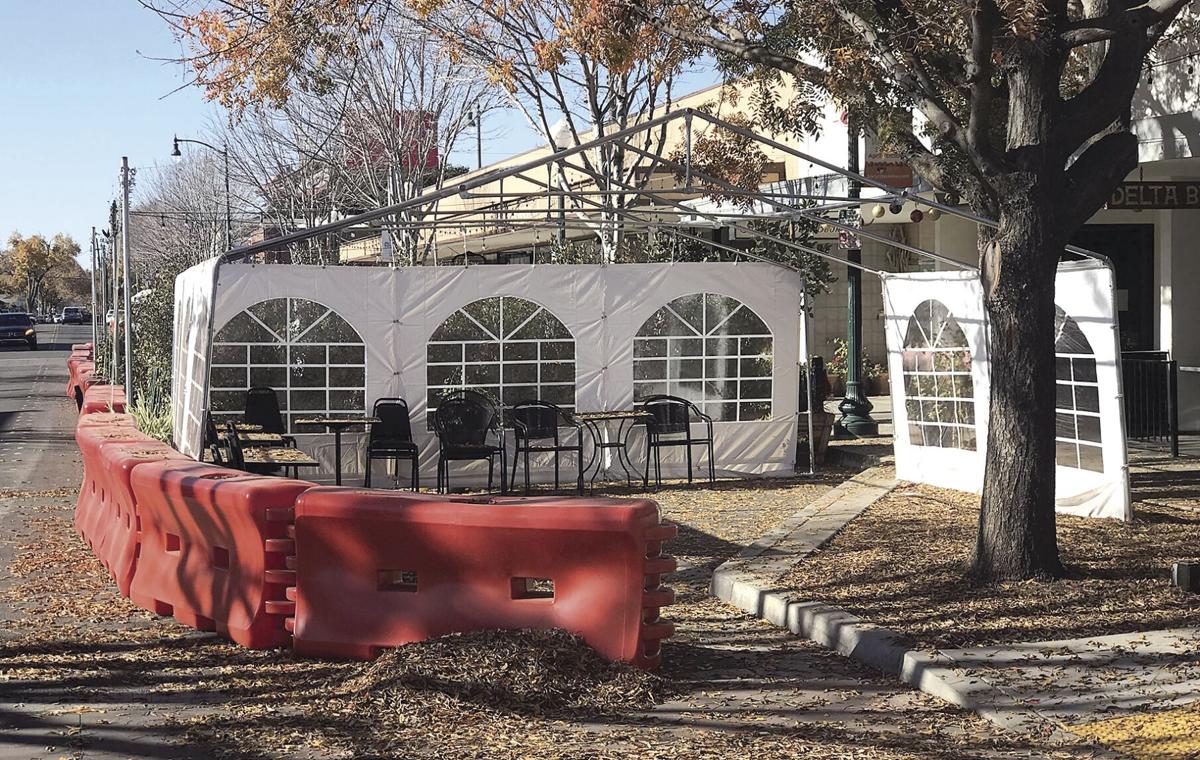 A new regional stay-at-home ordered has shuttered some businesses and forced changes on others in downtown Tracy and across the city.

“We have had a lot of discussions, looking at what’s going to be the effect on downtown specifically. Obviously certain types of businesses are going to be affected a little bit more than others,” Margaros said. “Hair salons, for an example, are shut down completely again. The restaurants have to go back to a delivery only or takeout. Patio dining is prohibited, indoor dining is prohibited.”

Gov. Gavin Newsom announced his plan to enact a regional stay-at-home order if a region fell below 15% ICU capacity in an attempt to keep the hospitals and the healthcare system from being overwhelmed.

San Joaquin County rolled back into the most restrictive purple tier of the Newsom’s “Blueprint for a Safer Economy” on Nov. 16, which ended modified indoor operations at many businesses, including restaurants.

Heading into the winter months, business owners spent thousands of dollars on tents and heaters, only to be frustrated as they are unusable for at least three weeks with outdoor dining prohibited once again.

He said it was getting difficult for businesses to gain any traction and move forward.

“So we’re looking at how can we help, how can we help facilitate, even at a higher level? What can the city do as far as incentives? What can they do as far as getting money into the hands of these business via grants? Stuff like that. Because I think that, at this point, that’s really the only thing that’s going to save a lot of them, is to have those cash infusions from programs like PPP (Paycheck Protection Program) before, or the IDA loans or stuff like that, that don’t exist now. Those programs aren’t happening right now.”

He said at the city level, city staff and management are looking at how to get money, whether it is from the CARES (Coronavirus Aid Relief and Economic Security) Act or other funding into the hands of businesses to bridge the gap.

The regional order allows retail stores in downtown to remain open, but they have to limit their capacity to 20%. Margaros said even if they are open, they will feel the effect from other businesses that had to close.

“You have to look at the overall effect. If people aren’t coming downtown to dine, if they aren't coming down to get their hair done, that affects foot traffic. So that will affect the retailers. Even though they can be open with modifications, they’re going to be affected by the lack of foot traffic. So it’s kind of a chain reaction all the way down the line,” Margaros said. “You look back in March and you say we looked at it for a three-month period and you say, OK, we survived a 3-month period. We survived a 6-month period, we survived a 9-month period. But now we’re getting into 10 to 12 months, a year to year-and-a-half, and I’m not so certain that some of these businesses are going to be able to make it.”

He has heard the discussions of businesses frustrated by the stay-at-home orders, who have said they will not abide by the restrictions and plan to remain open, defying the order.

“We cannot condone that type of thing, obviously. It puts people’s health at risk. But at the same time, we collectively have to understand than when you have nothing to lose, you make irrational decisions, and we’re getting to that point where (people are saying) 'I’ve got nothing to lose as a business. What difference does it make at this point?'” Margaros said. “It’s going to put code enforcement in a difficult position, because they’ve been great emphasizing more of the education side of the orders. But it’s going to force them into taking more stringent action if people are obviously not abiding by the order. They just can’t ignore it.”

Enforcement is typically more complaint-driven, and the Tracy Police Department has stated they will not arrest people for violating county health orders.

Margaros said TCCA will continue outreach to both business and property owners, as well as stay in contact with the city as they try to find solutions to help businesses survive.

If the stay-at-home order extends to a month or more, Margaros fears some of the businesses may not be able to survive.

“What else can they do? They are at the end of their ropes. There’s no light at the end of the tunnel. And at a certain point, they throw in the towel and say, 'Well, what happens happens,' and we don’t want to get to that point,” Margaros said. “We really want to make sure we can collectively get through this as smartly, as positively as we can, but it is a very difficult, tenuous situation.”

Margaros hoped the public could continue to support the local businesses.

“The public has done a good job supporting the businesses, and I know they’ll continue to do so. If they can buy a meal, get something to go, visit a retailer, buy a gift card from a hair salon that might be closed and try to help them out and get through these tough times, Margaros said. “It’s difficult for everybody both on the consumer side and the business side. But the more that we’re in it as a community, the stronger we’ll come out of this.”