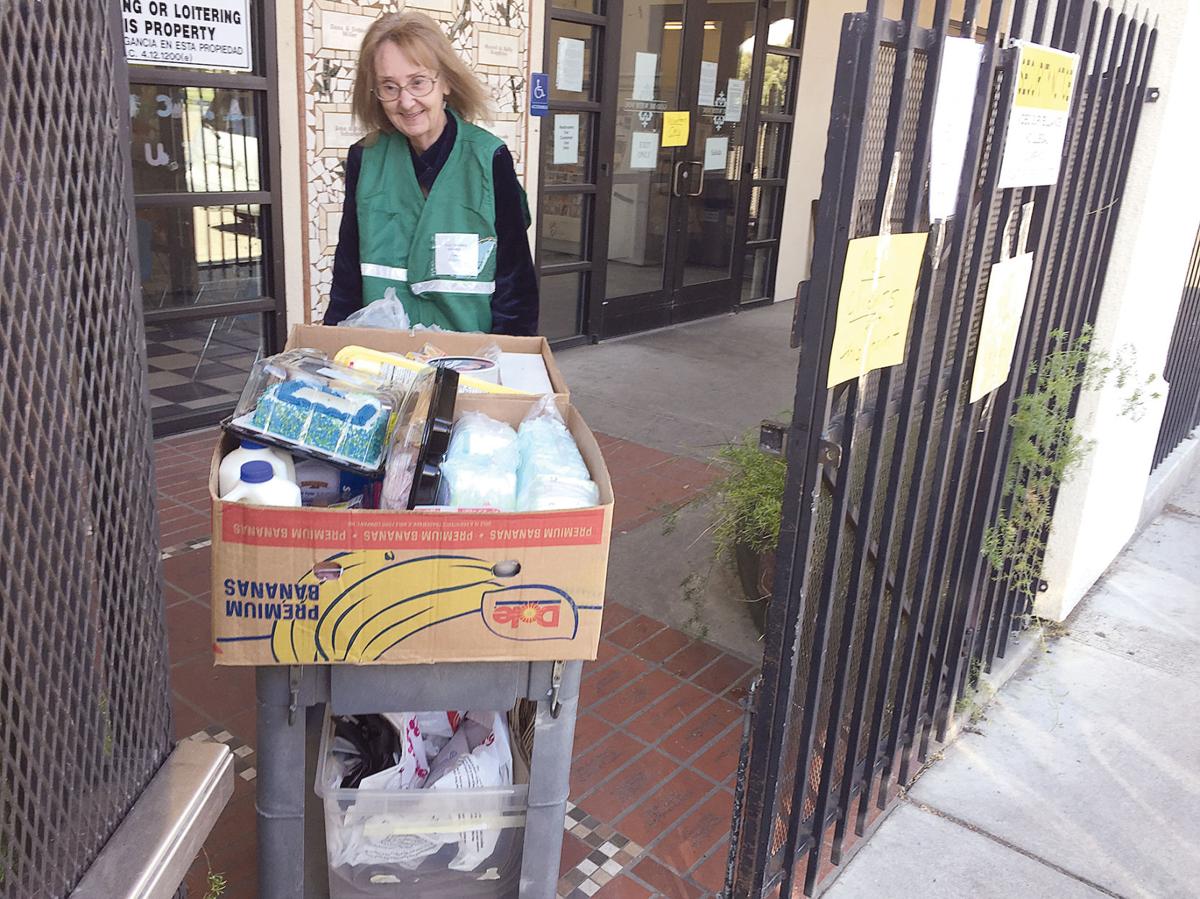 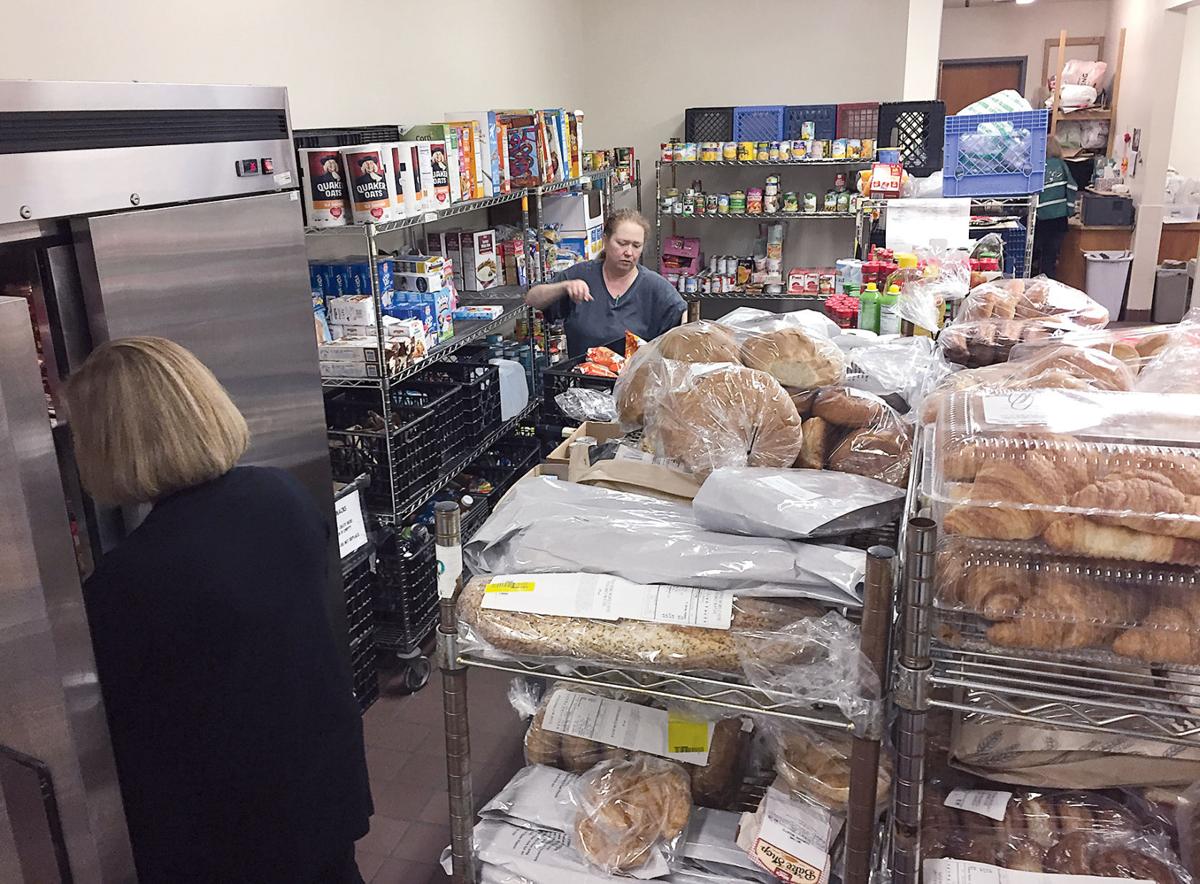 Local charities are confronting the community’s COVID-19 challenges in the same way as other businesses and service providers — and discovering this week that they have additional challenges to deal with.

In particular, concern about availability of food and household supplies, and waves of people crowding stores to stock up on supplies, has led to genuine scarcity for those programs that serve people already in need.

At Tracy Interfaith Ministries on Parker Avenue, volunteers continue to hand out boxes of food to about 65 families each day. Director Carrie Grover said that safety practices that are now standard — such as minimizing personal contact — have led to closure of the building itself, but the charity still has clients driving up each morning and lining up for food.

“The good news about that, it requires a lot less volunteers to run this way,” Grover said Monday. “We need about 20 to 30 volunteers to run on any given day, and today we have about 12 people here and it’s OK.”

She added that people still need to sign up for food baskets, and so far the three or four families added each day to Interfaith’s list of clients is typical. But the charity is prepared for that to change.

“I can only imagine that the need for food will increase as people are unable to work, especially hourly employees,” she said. “We’re just going to keep handing out what we’ve got for as long as we can.”

The biggest difference is that the charity’s regular suppliers, including the grocery stores that provide food and household supplies, are finding that their shelves are picked clean as fast as they can restock them.

“The thing that is a challenge is that we are starting to be unable to purchase the food we need. We’ve had several orders canceled, of like peanut butter, jelly, toilet paper obviously, beans. Some of our staples we’re not able to purchase,” Grover said.

“Our other concern is that because of the grocery stores being emptied by people buying stuff, that they have less extras to give us,” she added. “We get a shipment or delivery from Costco, Winco, Walmart, those places, once a week and those amounts are a little bit less. It’s the sort of thing where they don’t have the extras that they’re usually giving us.”

The charity is still taking donations of food and cash from the community, but with the change in operations, Tracy Interfaith Ministries isn’t accepting donations of clothing or household items.

“We just didn’t feel comfortable receiving donations that we can’t clean or know where they came from, nor did we want clients all in the building in the same room all looking through all of the same clothing,” she said.

Grover added that by scaling back some of the charity’s operations, she has found that fewer volunteers are needed.

At McHenry House Tracy Family Shelter, director Armenia Pereira said Wednesday that the shelter was closed to all but clients and staff members, and clients were complying with self-isolation requests and staying in their rooms. Her staff has also found that routine shopping trips to support the six families now at the shelter have changed.

“I went by Costco this morning, which has been very supporting of McHenry House, and the line was passing the gas station, again,” she said, adding that supermarket shelves had been cleared of cleaning products, including Lysol and hand sanitizer, the types of supplies needed in any family household.

“This is a normal household times six,” she said.

She said that people have responded, though, and offered needed donations. One man delivered a case of toilet paper to the shelter, and another person dropped off some baby wipes.

Pereira said that cash donations would still be critical moving forward, especially after the shelter closed its Second Time Around Thrift Store on Central Avenue. Several other downtown businesses have also closed temporarily.

McHenry House canceled its “Evening of Sharing” benefit as well. The gala was scheduled for Saturday night at IPFES Hall, and more than 300 supporters had already bought tickets.

“We had a lot of generous people who had bought tickets saying, ‘Keep the money,’” she said.

Grover said that Tracy Interfaith Ministries had also postponed its annual dinner-auction scheduled for April 19 but planned to reschedule this summer.

Groups step up to help Tracy seniors with their shopping

Help local charities however you can — Joe Vieira

EDITOR, Due to the coronavirus, the annual fundraiser for the McHenry House Family Shelter scheduled for March 21 was canceled.