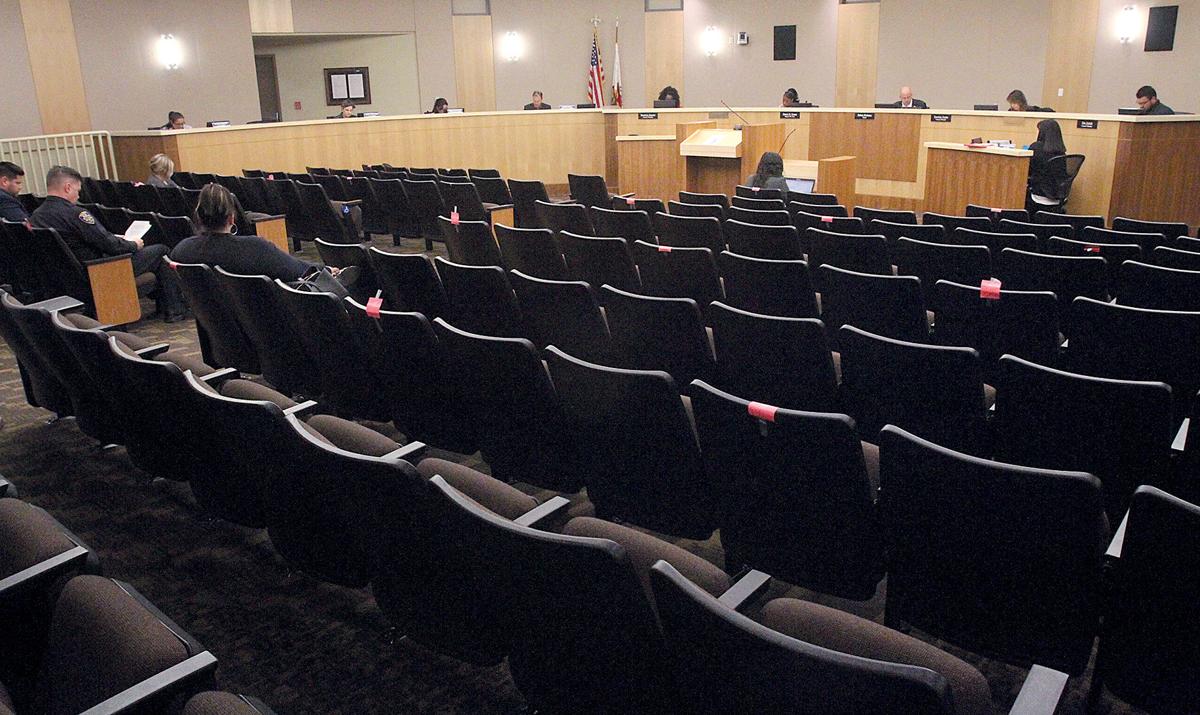 City staff members listen from audience seats as the Tracy City Council finalizes a directive for Tracy residents to shelter in place in their homes until April 7 to slow the spread of the new coronavirus. The council unanimously approved the directive during an emergency City Council meeting on Wednesday. 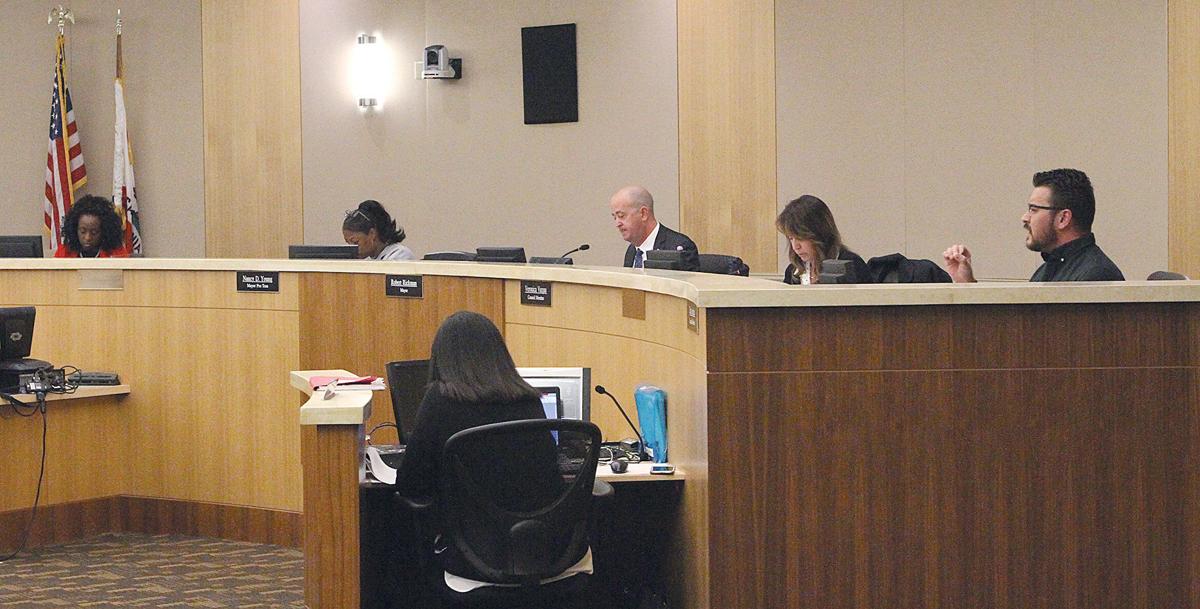 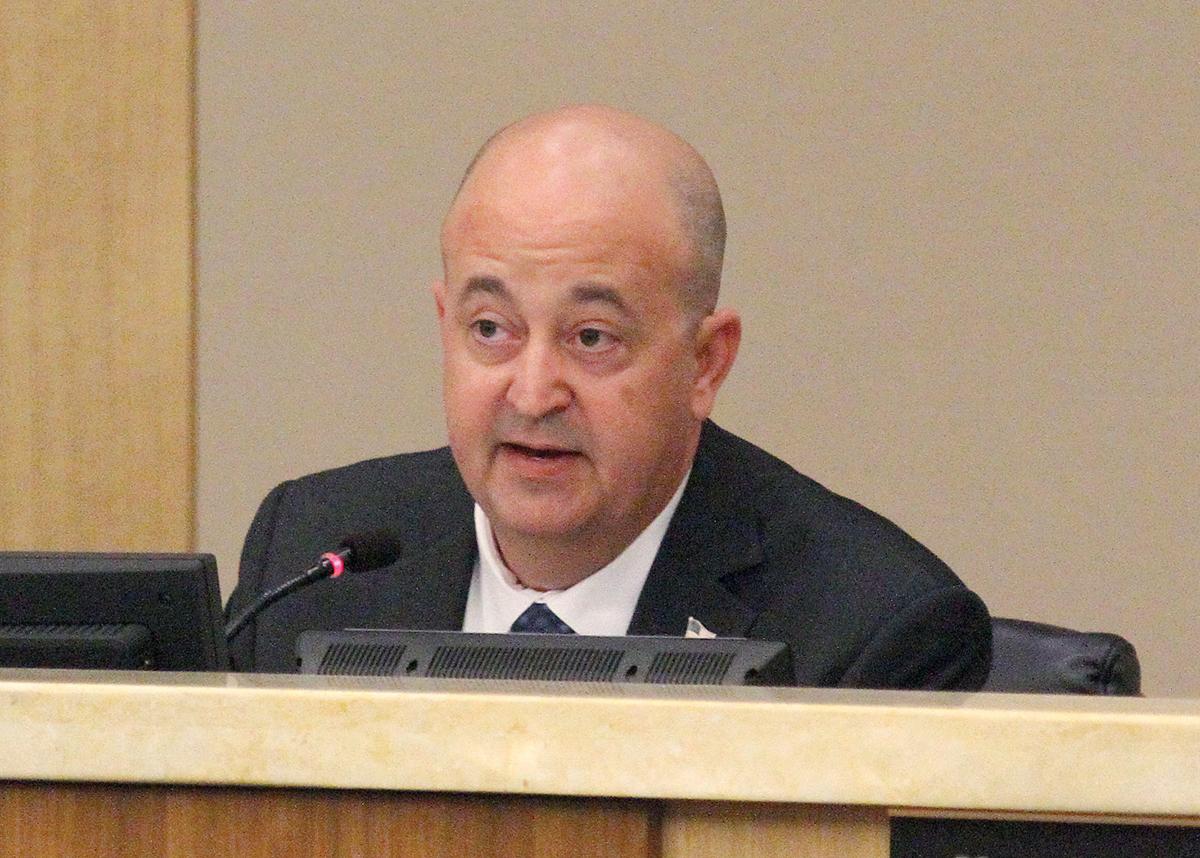 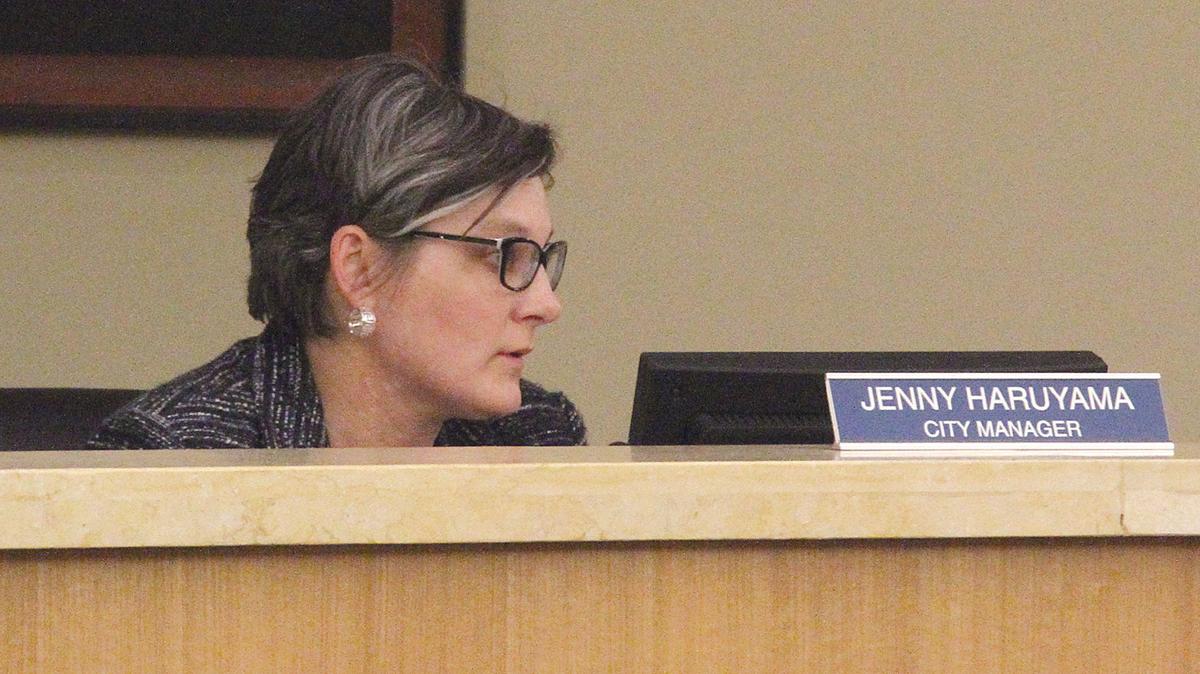 City Manager Jenny Haruyama speaks to the City Council on Wednesday evening at an emergency meeting about a directive to Tracy residents to stay home except for essential needs. 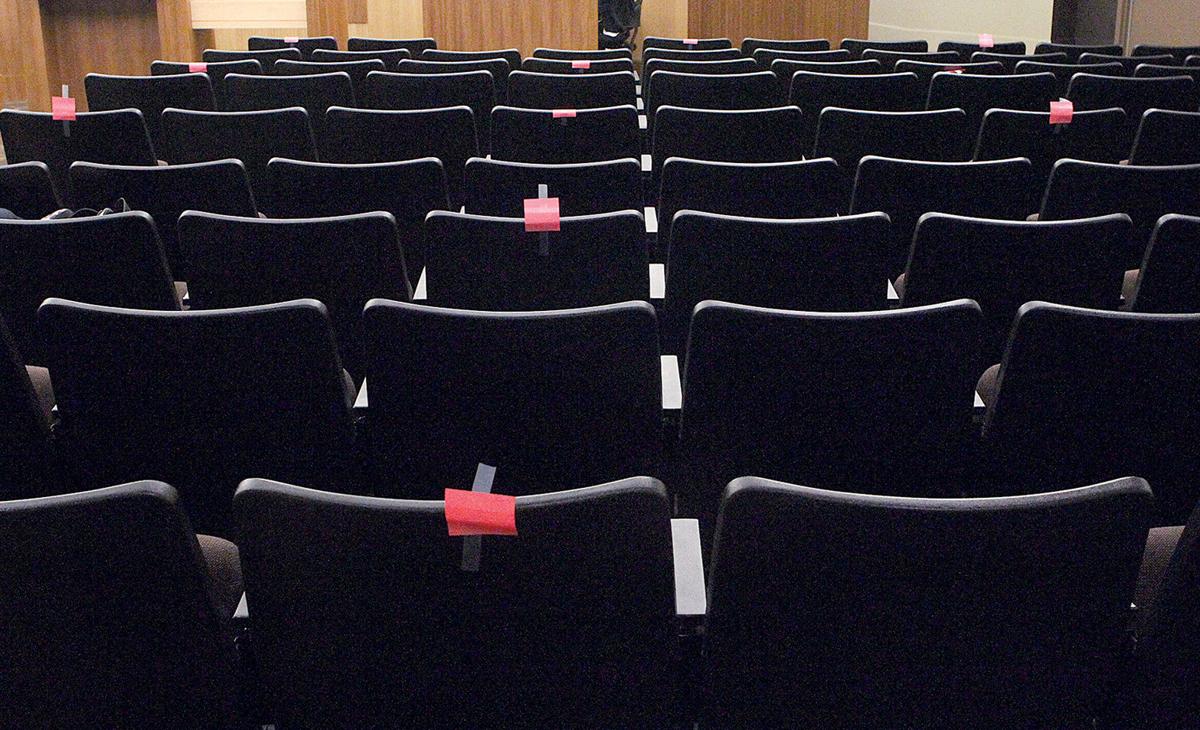 Audience chairs, marked with tags to show where people can sit to maintain a safe distance and prevent the spread of the new coronavirus, were empty during an emergency City Council meeting Wednesday evening.

City staff members listen from audience seats as the Tracy City Council finalizes a directive for Tracy residents to shelter in place in their homes until April 7 to slow the spread of the new coronavirus. The council unanimously approved the directive during an emergency City Council meeting on Wednesday.

City Manager Jenny Haruyama speaks to the City Council on Wednesday evening at an emergency meeting about a directive to Tracy residents to stay home except for essential needs.

Audience chairs, marked with tags to show where people can sit to maintain a safe distance and prevent the spread of the new coronavirus, were empty during an emergency City Council meeting Wednesday evening.

The growing threat of the COVID-19 virus has prompted the Tracy City Council to declare a local emergency and issue a citywide directive that all residents stay home and shelter in place for most of the next three weeks.

The unanimous decision came at the end of a 1½-hour emergency session that began at 7 p.m. Wednesday. The council’s action was consistent with orders issued by six Bay Area county governments, and others nearby, earlier in the week. It was the second emergency session this week for the council, which had originally canceled its Tuesday meeting because of concerns about the new coronavirus.

Much of the council discussion focused on the precise language of the directive, with City Attorney Leticia Ramirez explaining that a “directive” doesn’t have the same force of law as an “order,” which could be enforced by police and result in misdemeanor charges for violations.

“This is not an order. This is a directive,” Ramirez said.

It took effect as of 12:01 a.m. Thursday morning and stays in effect until 11:59 p.m. April 7, the day of the next scheduled council meeting.

The council’s action directs Tracy residents to stay in their homes and, if they do go outdoors for travel, errands or exercise, to maintain “social distancing” of six feet or more from other people.

It also directs businesses to shut down, with several exceptions for in-home businesses and those that provide “essential services.” It limits travel — be it by foot, bicycle, car or public transit — to going to and from “essential activities,” such as employment at essential businesses or government offices.

The directive includes a long list of businesses and operations deemed “essential.” People would still be in compliance with the directive if they were traveling to or from or working at places like doctor’s offices or other health care operations, grocery stores and markets, gas stations and auto repair shops, banks, hardware stores, home maintenance and repair services, newspapers and other media, mailing and shipping services, laundry businesses, restaurants preparing food for pickup or delivery, transportation businesses, and home-based or on-site care operations that serve seniors, adults and children.

All five council members endorsed the directive, and some said they would support stronger language that would give the police the authority to make sure people comply. Council members also pointed out that, as fast as the situation is evolving, information about the spread of the virus locally is vague or slow to come out.

Rickman said that even after meeting on Wednesday with other government officials, including the state Office of Emergency Services and San Joaquin County Public Health Services, he still wasn’t getting as much information as he’d like.

He noted that the county health department had confirmed that 14 people in the county had tested positive for the virus as of Wednesday, and two people had died, “but they would not tell us where those deaths took place, or where the persons that are confirmed positive cases, where they are located.”

“It was relayed that you can assume that there are people in your community that have it,” Rickman said.

Councilman Dan Arriola said that two deaths out of 14 confirmed cases represented a mortality rate that would be devastating for the community.

“At this point I would support a directive, and if this isn’t reducing that death rate quickly, then I would then call for an emergency version, the order, which would essentially criminalize action in opposition to this directive,” Arriola said.

Ransom agreed that the stronger order would be appropriate and said that cities needed a more accurate picture of how the virus is spreading.

“I would also ask if we can have staff follow up. We need to get more information from the county,” Ransom said. “They tell the public that they’re giving us information. We’re not getting the information.”

In the meantime, she said local leaders must put strict controls in place.

“Until we can start testing all of the people and really know what’s happening, this is a ‘better safe than sorry’ measure for our community, because nobody wants to see more people sick or dying,” she said.

Councilwoman Veronica Vargas agreed that the city should be getting more information from the county’s public health department and added that the council’s action was appropriate at this point.

“I’m OK with a directive right now, knowing that within a couple of hours we were able to come together, and if we have to do an order, I have confidence that all five of us will be here on a moment’s notice,” she said.

Mayor Pro Tem Nancy Young said it should be clear throughout the six-page document that the council was approving a directive and not an order. One section in particular she wanted reworded to state that public gatherings outside of a home would be discouraged, rather than prohibited, as the original language stated.

Rickman said that the city would continue to coordinate with other levels of government so that the city could be prepared for whatever happens next.

“The information that we get, we are adamant that it remains current on the most up-to-date information and guidance as it becomes available. When it does, we will push it out to you, through our social media, through our council members, through our staff to make sure you are in the know,” he said.

“The number of cases will rise in the near future as testing is more widely done, but the positive effects of our efforts today will be realized in the days and weeks to come.”

Wednesday’s discussion was a follow-up on the council’s emergency session Tuesday night, when the council discussed the potential of a shelter-in-place policy in addition to other measures.

At the end of Tuesday’s meeting, the council affirmed Haruyama’s March 12 proclamation that the city was in a state of emergency because of COVID-19. It followed a similar proclamation by San Joaquin County Public Health Services that same day.

The council also directed Haruyama to prepare a policy that would establish a 60-day moratorium on evictions in town as a way to support people who work at businesses that have shut down because of COVID-19 concerns. City employees will also pursue a program that could provide trailers for local homeless people for the duration of COVID-19-related shutdowns. The council also wants a policy that would have grocery retailers set aside hours when elderly people could shop in advance of crowds of people who clear the grocery shelves of necessities.

City of Tracy Directive to Shelter in Place

The city of Tracy has declared a local emergency and issued a citywide directive that all residents stay home and shelter in place March 19-April 7.