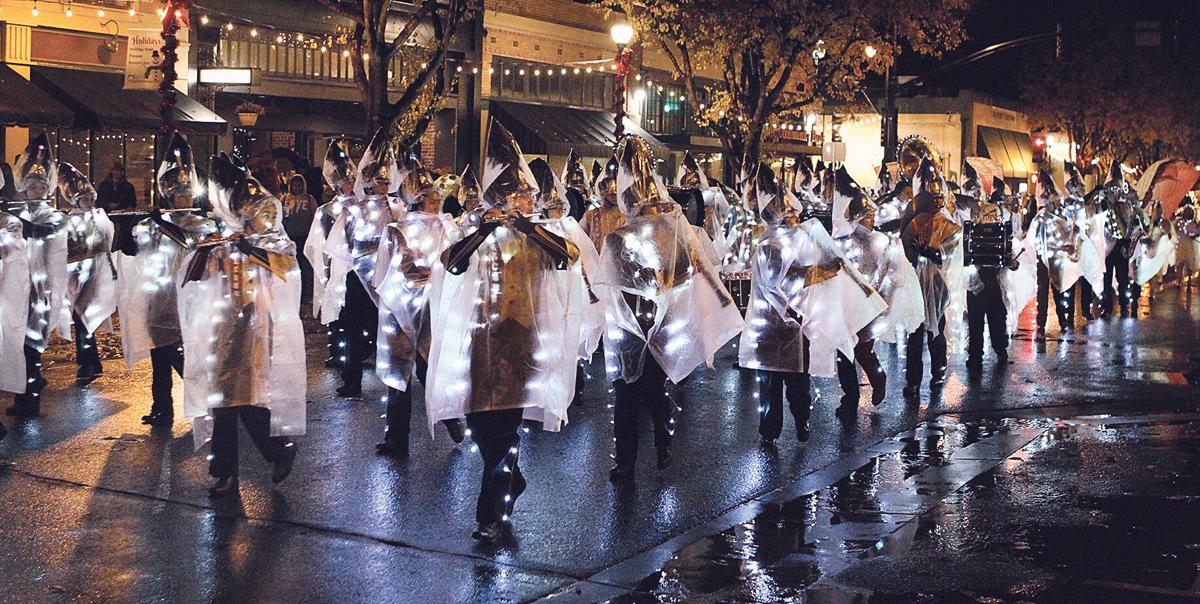 Members of the Tracy Learning Center’s Millennium High School marching band play a Christmas tune as they march down Central Avenue in the Downtown Holiday Light Parade in 2019. 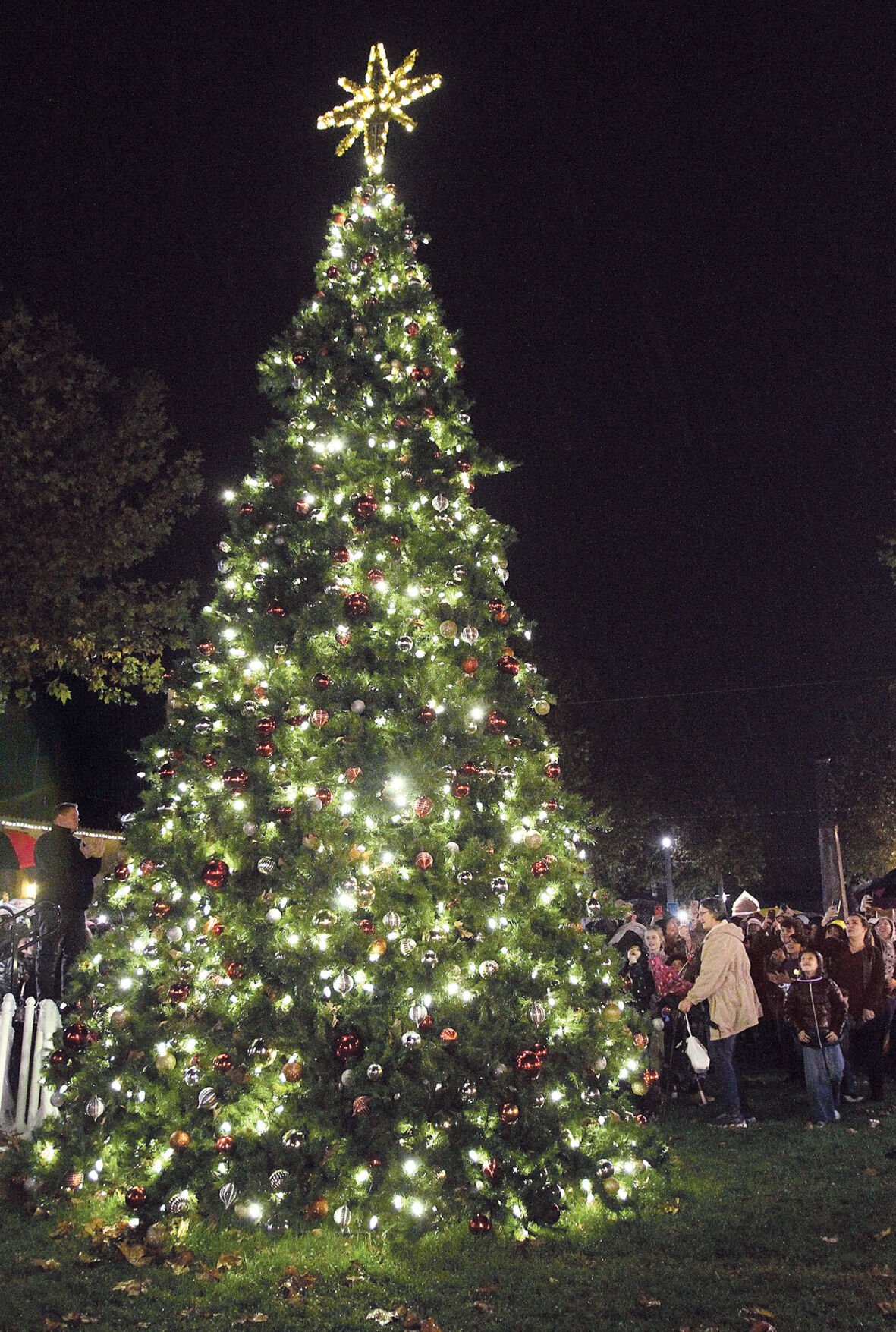 The lights on the tree in Front Street Plaza are turned on in 2019. 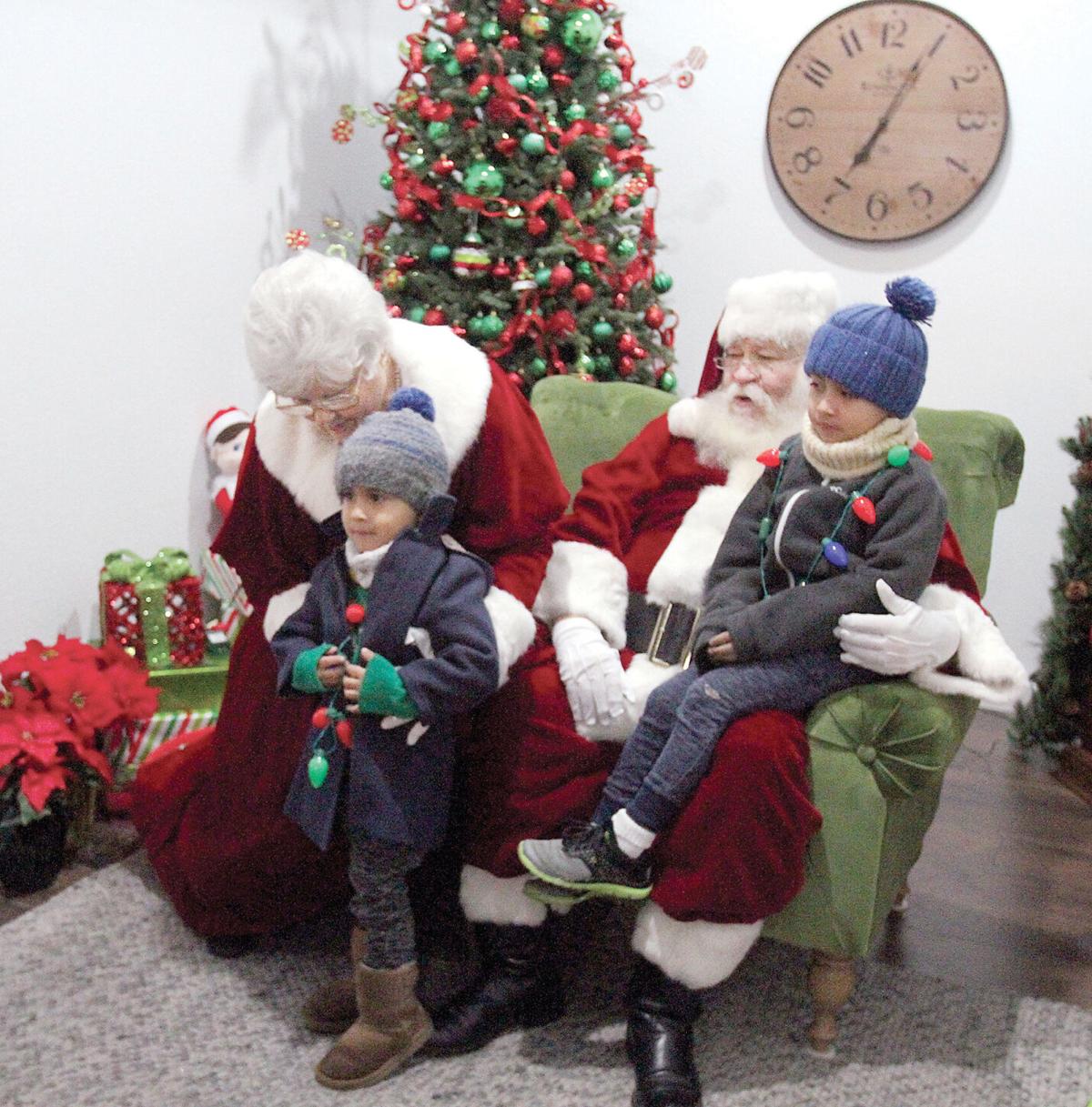 Children visit with Santa and Mrs. Claus at the new Santa’s Workshop at the Front Street Plaza in 2018.

Members of the Tracy Learning Center’s Millennium High School marching band play a Christmas tune as they march down Central Avenue in the Downtown Holiday Light Parade in 2019.

The lights on the tree in Front Street Plaza are turned on in 2019.

Children visit with Santa and Mrs. Claus at the new Santa’s Workshop at the Front Street Plaza in 2018.

Organizers were forced to dim the lights and pull the plug on downtown Tracy's Hometown Holiday Light Parade and tree lighting ceremony this year — usually scheduled for early December — as the county grapples with a surge in COVID-19 cases during the pandemic.

Dino Margaros, executive director of the Tracy City Center Association, said they didn’t have any options in cancelling this year's festivities that kick off the holiday season in Tracy.

“We absolutely don’t want to do it but our hands are tied, and we just have to follow the rules, protocols and best practices right now,” Margaros said.

A major concern was crowd sizes during the annual parade along 10th Street and Central Avenue to the Front Street Plaza, which has always been a popular event with residents.

“It is probably our biggest event as far as attendees. We draw anywhere from 3,500 to 4,000 people that line the streets downtown to watch the holiday parade," Margaros said.

On Monday San Joaquin County was rolled back into the purple "widespread" tier of Gov. Gavin Newsom’s “Blueprint for A safer Economy” that has the most restrictive COVID-19 requirements, including maintaining six feet of social distancing.

“Absolutely it was a difficult decision to make but with that amount of people, those types of numbers — let alone the number of people on the floats and the groups that are participating, which they themselves can sometimes number upwards of 175 to 200 people — social distancing becomes a very difficult thing to monitor,” Margaros said. “We simply can’t monitor 4,000 people lining the streets of downtown Tracy and make sure they are six feet apart. We know that would never happen.”

It would have been a hard time trying to file permits for the parade under purple tier restrictions, and he said in the end they had to do what was in the best interest of the community.

“It’s difficult, but it’s the right decision to make. We don’t have a choice in the matter honestly, but for the safety of everybody and try to slow the spread of COVID and all of the those things that’s just the way we have to go,” Margaros said.

TCCA is looking into holding a virtual tree lighting once they get a schedule for when it is being installed at the Front Street Plaza.

“When we figure that out, we’re probably going to do something via Facebook Live or some sort of virtual tree lighting ceremony that people can kind of partake from the safety and comfort of their home,” Margaros said. ”It’s not anything we want to do. We understand the community loves these events just like they love Halloween. But ultimately safety has to be the number one priority.”

Along with the lighted tree in the plaza, decorations will be placed around downtown streets starting sometime around Thanksgiving.

Santa's Workshop, along with visits from Santa Claus and Mrs. Claus will also be cancelled this year.

“There’s just too much risk, you have too many people, it would be very dangerous for Santa and Mrs. Claus to come in contact. So it’s just not a safe thing to do under the current circumstances. It’s one of things we wish we could do, the kids really like it," Margaros said. “But to err on the side of caution, to err on the side of safety to make sure we all get through this COVID situation as healthy as possible, we’re having to make these difficult decisions and honestly a lot of them are already made for us and we just have to be the messenger to the general public.”