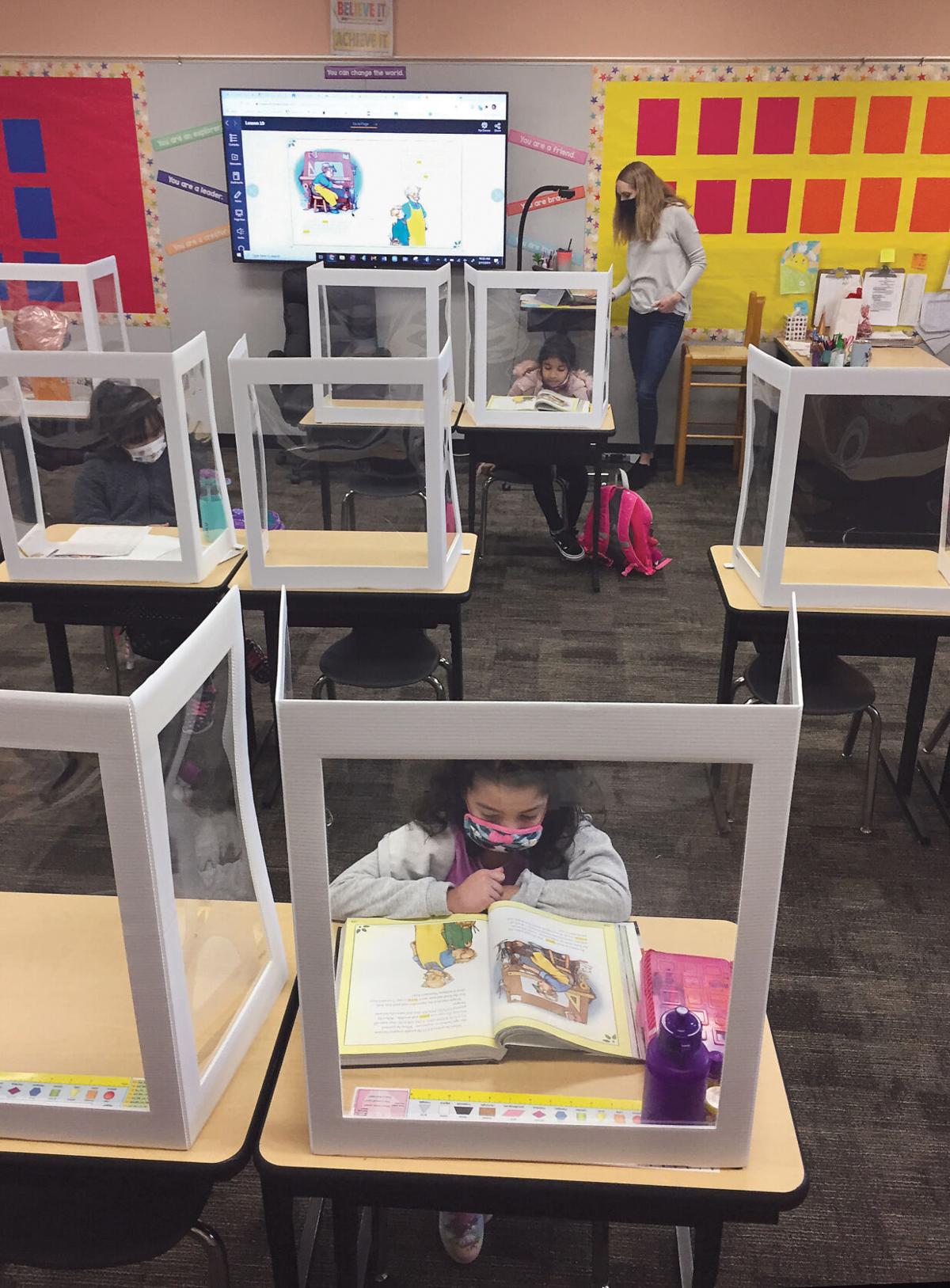 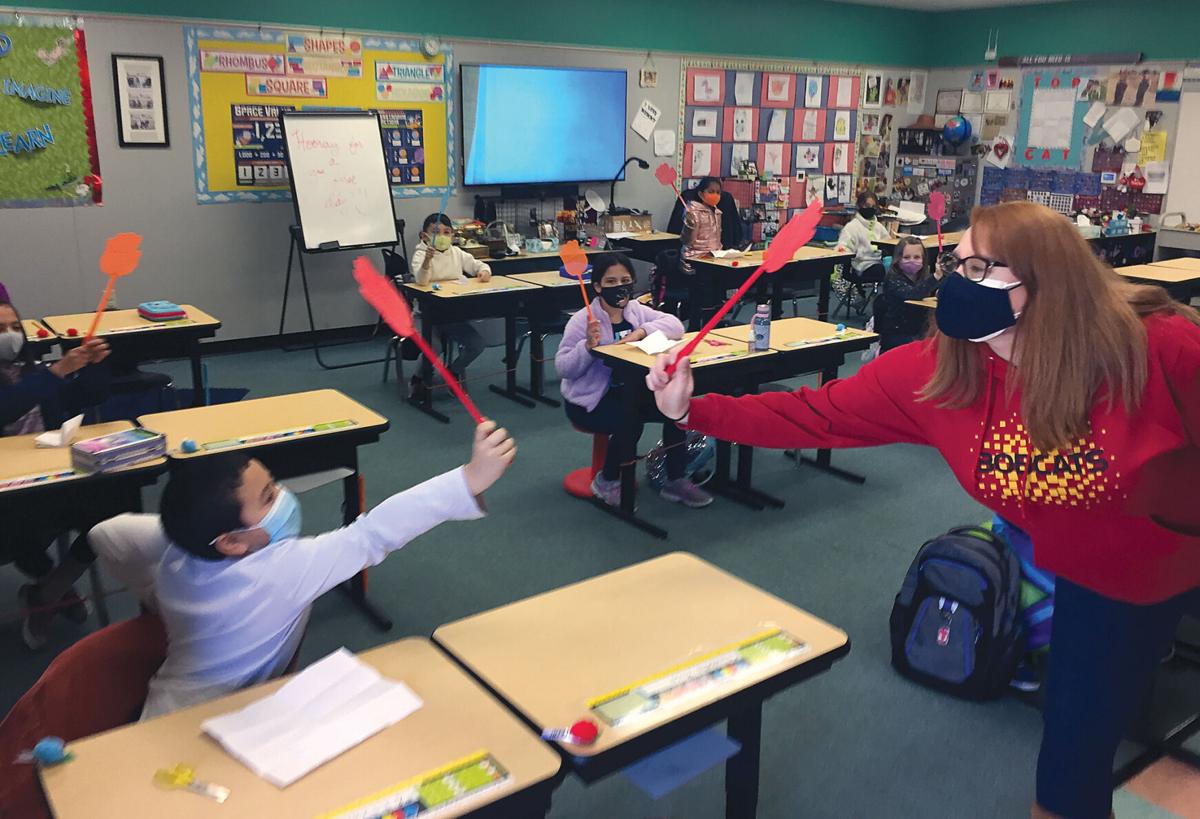 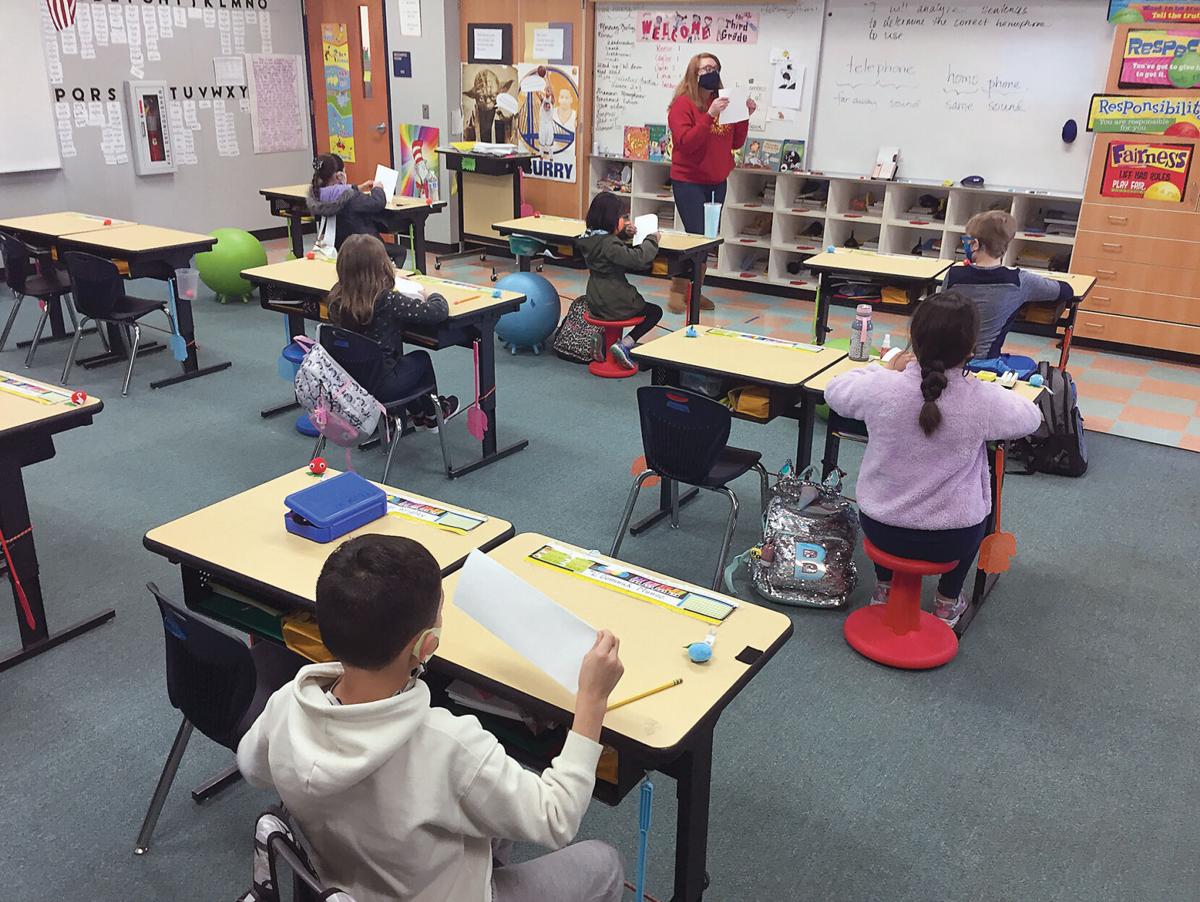 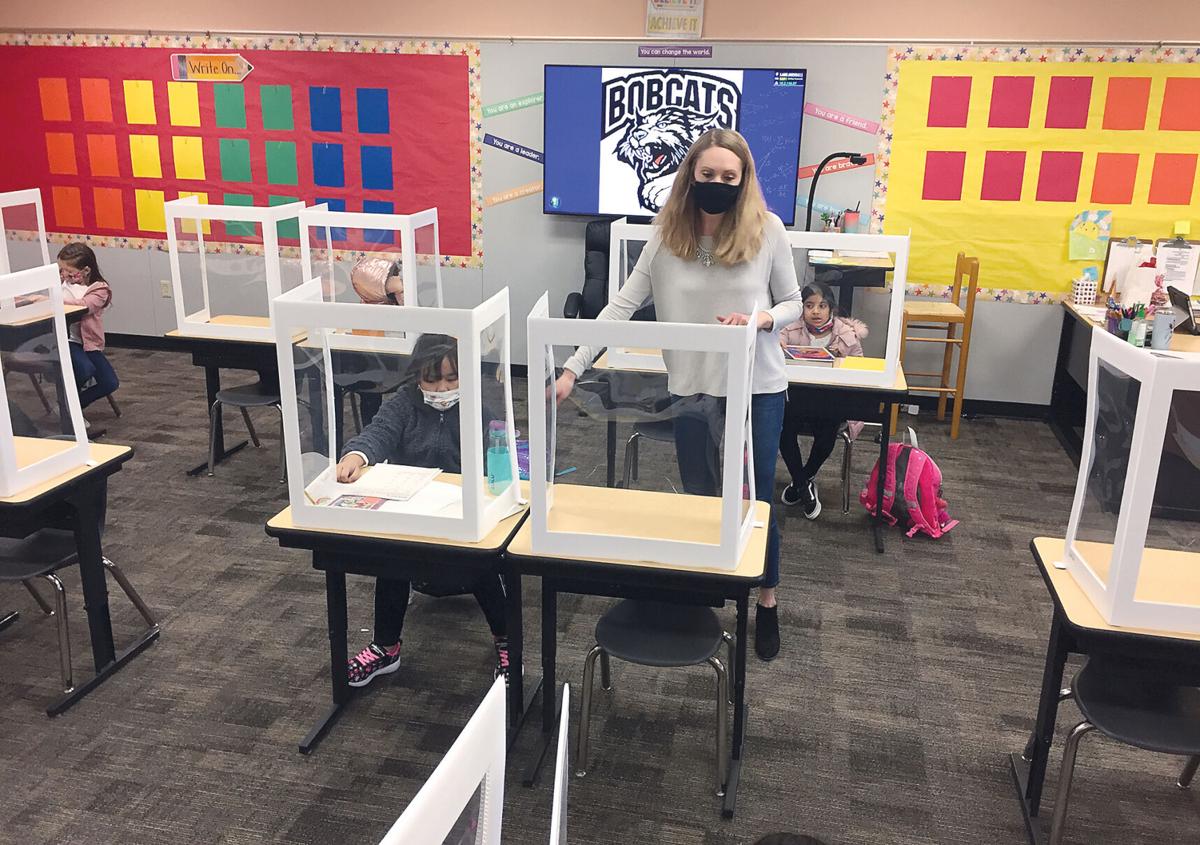 To an outsider the atmosphere at Bethany School may seem a little subdued. There are only about half the usual number of students on campus.

Principal Debbie Wingo figures that’s more than enough to renew the staff’s enthusiasm for educating the children of Mountain House, considering that the campus has been mostly empty for the better part of the past year.

“A school without students, they’re just buildings when the kids aren’t here,” Wingo said. “As we are bringing students back it brings an energy to the campus. You can definitely see that staff members are excited about that. Students are excited about it.”

This week nearly half of Lammersville Unified School District’s 2,650 transitional kindergarten through fifth-grade students were set to return to their home campuses. Next week most of the district’s 2,100 sixth- through eighth-grade students return as well.

For most of the school year they have been on distance learning, with some teachers running online classes from their home offices, others from their classrooms at the school. Wingo said that while her staff and the kids have managed teaching and learning in the time of COVID-19, they’re more than ready to meet in-person again.

“It’s been a long time of doing a very difficult task, and it continues to be difficult. But at least we get that interaction with the students. That’s why I got into this business. It’s not a lot of fun when you don’t have kids here,” she said.

Lammersville Unified Associate Superintendent Thorsten Harrison explained that the district has considered and used a range of options for teaching since campuses had to close last March in response to COVID-19. That means bringing back some kids as soon as the state allows, and allowing others to learn from home if that’s what their families prefer.

One result was the Lammersville Virtual Learning Academy (LVLA), which opened at the start of the school year and features online instruction. Many of the district’s students started with that model and continue with it rather than return to campus.

“We did an expansive survey – last year now, in March, April, in the spring – and there was a large group of parents that really wanted that online experience instead of having kids go to school,” Harrison said. “We made a decision as a district and we split ourselves, the TK-8, into two districts. We have the Lammersville Virtual Learning Academy and we have the hybrid program.”

The hybrid program, put into action this week, brings students back to campus in two groups. Cohort A attends class on Monday and Wednesday mornings, and cohort B goes to class on Tuesday and Thursday mornings.

Fridays are workdays for the teachers, when they plan out the in-class projects and the assignments that students can complete in the afternoons and during off-campus days when they don’t require the in-person or online interaction with the teacher.

Every step of the way the teachers have had to invent new ways to keep students engaged while juggling safety protocols as mandated by the state.

Wingo said the hybrid program brings 12 students at a time to TK-3 classrooms, where there would normally be 24 kids, and 16 students to grade 4-8 classrooms, where the standard number is 32. Teachers keep posters up reminding students to wear masks, and students sit one to a desk where ordinarily there would be two to a desk. Some take the extra step of setting up plastic shields around the front of each student’s work station.

Prior to this week Wingo made sure everyone in the school community was ready to return and knew what the new rules would be regarding sanitation and physical distancing.

“We had a committee at the beginning with some parents, teachers, classified staff members. You’ll see that we have all sorts of safety protocols in place,” she said. “I’ve held safety meetings by grade levels with families prior to students returning. Yesterday I had three separate meetings: one with fourth-grade, one with fifth-grade, one with sixth-grade families, virtually, over Zoom, just explaining our protocols and what we’re going to be doing.”

The students returning to class under the hybrid model are just about at the end of their second trimester, with the third trimester to begin the first week of March. Harrison said that the district is confident that the disruption of making a switch with only a couple weeks left in the trimester will be minimal.

“Let’s be honest. There’s a huge disruption no matter what you do with this situation, but I’ve gotta tell you, our teachers have done a darn good job of collaborating by grade level, so that a kid in LVLA is getting equivalent work as a kid that’s going to school and getting hybrid. We’ve really spent a lot of time working on that, and the teachers have done a really good job of making sure that they’re on pace, hitting the major standards, and getting through the curriculum.”

The district had opened TK-8 schools in the fall, when San Joaquin County was under less restrictive COVID-19 quarantine rules – the red, or “substantial” tier under Governor Gavin Newsom’s Blueprint for a Safer Economy -- for several weeks. The district then closed when new infections rose sharply.

Because the district had opened before, Lammersville Unified didn’t need any special permission this time around to open once Newsom lifted the state’s stay-at-home order at the end of January.

Harrison said that Mountain House High School is less likely to open in the immediate future.

“We have to have two weeks plus one of being in red in order to open the high school, and we’re not there yet. We’re going to have to wait until our case rates go down,” he said. “When they do, we’ll be ready. We have a plan for a hybrid roll-out for the high school.”